Fight alongside Sgt. Reznov in an authentic and more challenging experience for most of the missions featured in Call of Duty World at War's Single Player (recommend to play since Their Land Their Blood ~ Downfall, Ring of Steel is an exception for the other mod of our). This mod is also compatible with the Co-op mode as well. Please read the instruction carefully to install the mod.

Fall of Berlin 3.1 version "The End is Near", recommend playing since 'Their Land Their Blood' ~ 'Blood and Iron' for the authenticity: Moddb.com

Fall of Berlin 3.2 version "End of the War", recommend playing since 'Eviction' ~ 'Downfall' for the authenticity: Moddb.com 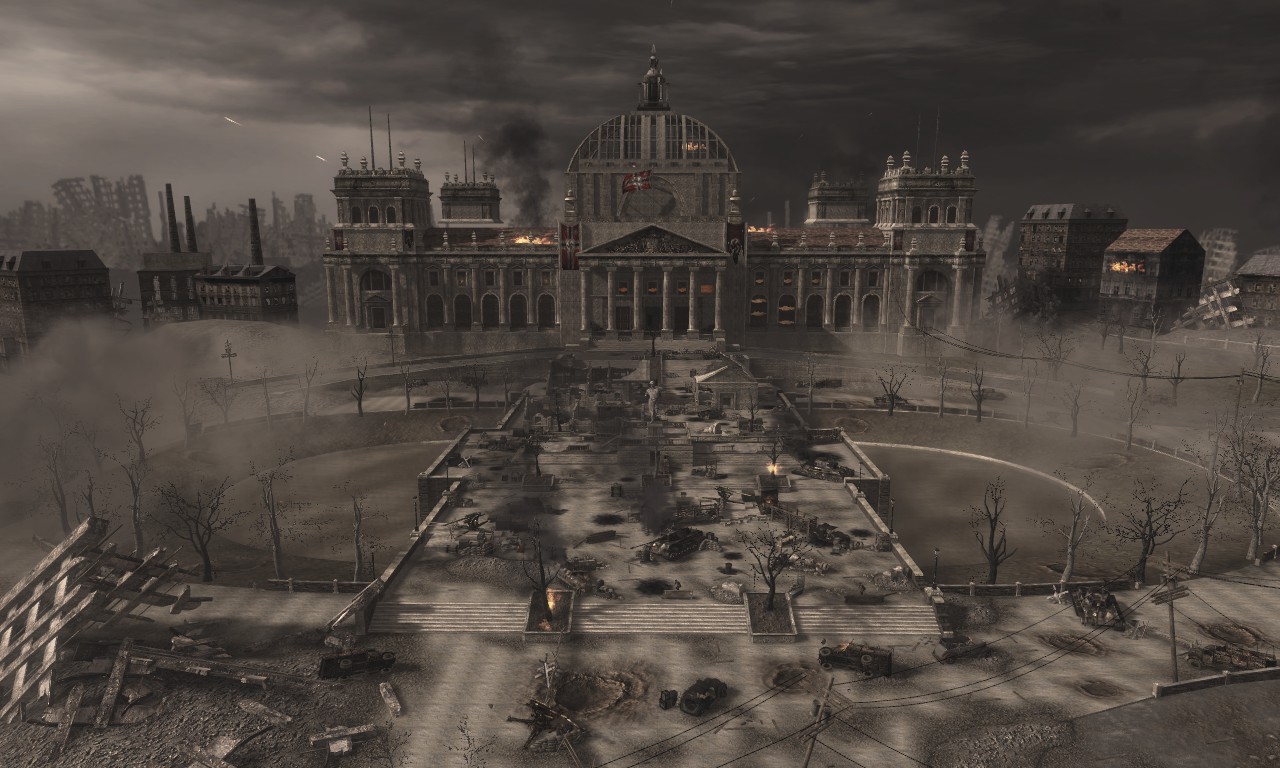 1) This mod was originally made for the Soviet campaign, but now contents from the PACIFIC THEATER MOD will also include in both versions of this update.
Please DO NOT PLAY this mod in the VENDETTA MISSION only, for those who want to play it for historical accuracies. (Play this instead for the mission: Moddb.com)
2) Similar with Fall of Berlin mod, I'll include the Pacific mod's iwd files (Pacific 1.4.1 for the first ver and 1.4.2 for the second) inside the separated WinZip folders for each version (3.1 and 3.2).
Along with some BONUS iwd files (mods) inside each of the folders:
- New skin for one of the Swastika flag, the "Reichskriegsflagge" (Name of the iwd file is "zzz_Flag")
- New skin for 88mm Flak (Name of the iwd file is "zzz_Flak_88", recommend to play with 3.1 version only)
- New skin for one of the German portrait in the last two missions (Name of the iwd file is "zzz_(YOU-KNOW-WHO)_pic")
- New skin for Opel Blitz (Name of the iwd file is "zzz_Opel_Blitz")
They were originally released from the NEXUS mod website. If you don't like it then you can simply remove it out manually.
3) Extra textures (German, Soviets and Japanese textures variants) will be included within this mod, please read our instruction carefully if you wanna use them.
4) For newcomers, please read our instruction carefully before you install this mod. And of course, *we recommend you to play this mod (and also other mods of us) with the STEAM version.*
Well, there is one lucky guy who plays all my previous mods with Non-Steam version and nothing happens to him. (No errors and such) So I think you guys can try to play it with your PC first if you want to. But make sure that you have already BACK UP your 'player profile', in case it caused an unpleasant thing to your PC.

Credits for textures: War_Crimes, MasterJames aka SPLinT_CeLL (a great modder who is currently "MIA" for 3 years now), MadIvan18, Ferry (prob MIA also), and MCh2207Cz (COD2's Back2Fronts mod).
Also, those unknown people who made 'Hi-Rez Wehrmacht' skin, a new skin for Opel Blitz truck, new skin for 88mm Flak, and the portrait of 'YOU-KNOW-WHO-HE-IS'. 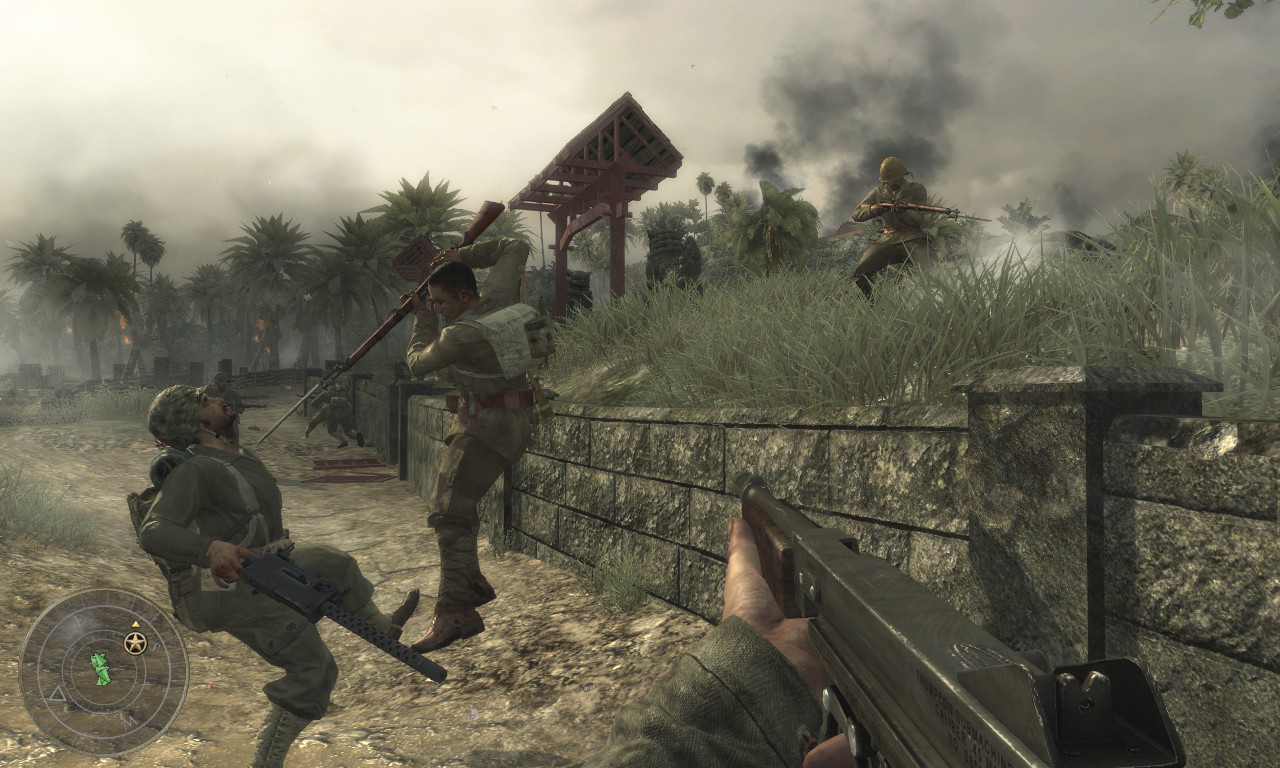 In addition, here is the (close to) realism retexture mod for the Shuri Castle (Breaking Point mission) as the additional content for your best authentic experience: Moddb.com

EXTRA info for those who want to know what kind of NEW German units were represented in this mod:
1. Heer (Army) troops - appear with both regular tunic and Panzergrenadier models (those with anorak/smock). Based on 309th Infantry Division (Seelow), Panzerdivision Muncheberg (Seelow and Berlin), 18th and 20th Panzergrenadiers Division (Seelow and Berlin), 25th Pzgd Div (Seelow, but elements of them might have their part in the Battle of Berlin also), and other newbies units.
2. Waffen SS (mainly) and other SS related units - appear with a regular tunic, Waffen (camouflaged tunic without shoulder straps), officer (AMSEL) model, and Panzergrenadier model.
Based on the foreign volunteered 11th SS 'Nordland' Panzergrenadier Division (Seelow and Berlin), 1st SS Anhalt Regiment (Berlin), A small part of Panzerdivision Muncheberg ('SS. Panzergrenadier-Ersatz-und- Ausbildungs-Bataillon 1' from the 1st SS Leibstandarte Division), and SEVERAL other SS units in Berlin.
3. Volksstrum (armed civilians and newbies, aka "The Old, The Young, The Weak") - regular tunic with Volksstrum armband, based on so many Volksstrum units in Seelow and Berlin.
4. Fallschirmjager (paratroopers) - appear with FJ with jump smock models, based on paratroopers of the 9th Fallschirmjager Division (Seelow and Berlin).
5. Luftwaffe infantry (3.1 version) - replace one of the SS honor guard model, based on those who were attached/filled into the Axis defender forces in both Seelow and Berlin battles. Notably, the 9th Fallschirmjager Division, a majority of them were inexperienced Luftwaffe ground forces and trainees.
6. Kriegsmarine naval infantry - replace one of the SS honor guard model, based on the 'Grossadmiral Dönitz Battalion' (sent by Grand Admiral himself, and reach Berlin in April 25/26th).
7. Hitler Jugend (3.2 version) - replace one of the SS honor guard model, based on several Hitler Jugend units in Seelow (last defensive line) and Berlin. 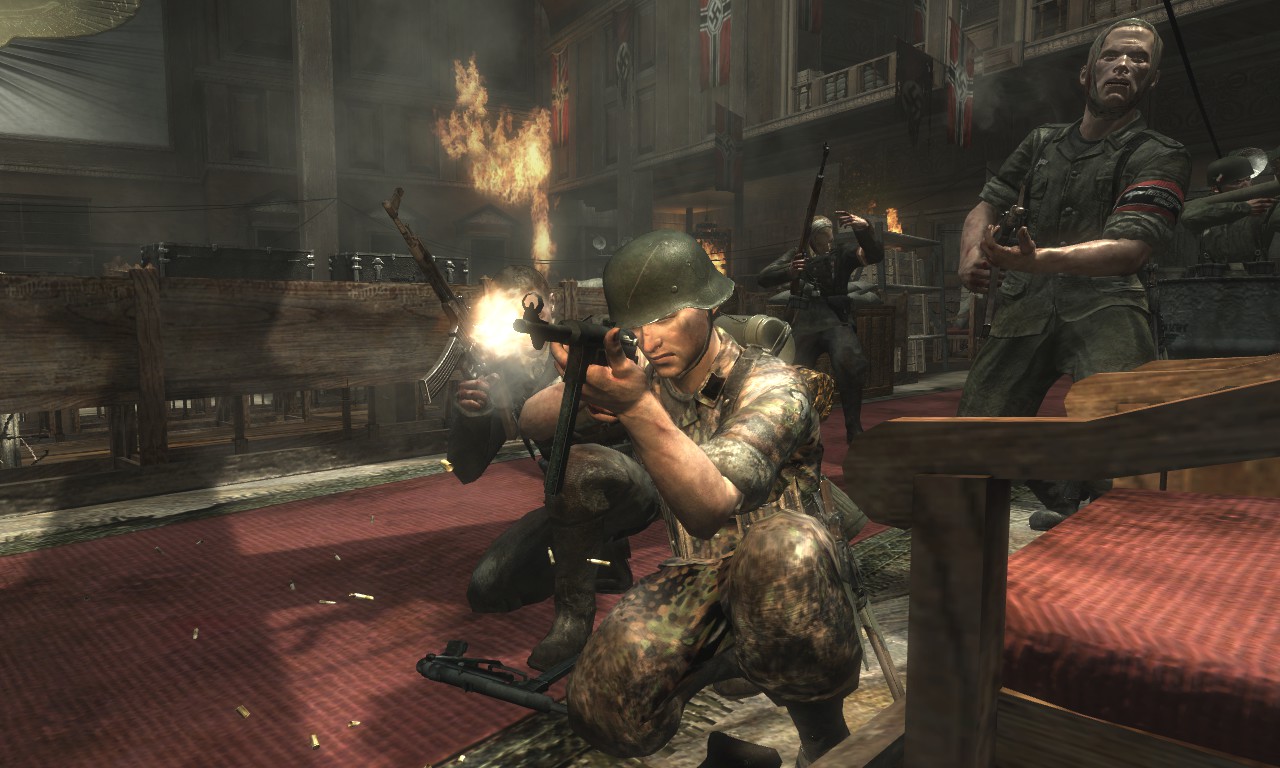 Anyway, please contact me right away if our mod caused any problem. And you can review our mod if you're interested.