Project Capture is a small mappack for Portal 2 in which you will dive into the universe of F-Stop, cancelled beta version of the game. Here you're going to test the new device – camera, which can change the size of objects and capture them on tape. Over time, it will be able to interact with objects in other ways (for example, to fully duplicate them).

Q: Is the mappack released?
A: Partly.

Q: How can I play it?
A: Just enter Workshop by this link: [link to Workshop] – press “Subscribe” and play!

Q: Which languages are supported?
A: English voice, Russian and English subtitles. You can choose your language in the beginning of each map.

Q: I don't know!
A: Please restate your sentence as a question.

Q: Okay, maybe it sticks to the canon?
A: The story doesn't – we've made it up from scratch. The design mostly does. There's not even any off-topic filter. The key factor in the development of the pack is the April 2020 F-Stop leak, so we are sticking to the design shown in that build and in the official concept arts as much as we can.

We proudly announce that the last month was very productive. And you can even see it Project Capture was just updated. Meet The RealBig Update!

The main change is the principle of how the mechanic works. It was fully rewritten from scratch with VScript, so now it works perfectly. The beta test was successful – everything is stable. That means that the maps are now back and free to download on Workshop! We have also updated the test chambers themselves in this regard, but those are some really tiny changes.

Here’s what’s changed in the principle of how the mechanic works if you’re interested in it:

• Added new object-capturing system
• Switching shots is now more comfortable
• The placement system now uses the ‘substitution principle’. This change is made to make BBOXes work correctly
• Added the placement blocker pseudoentity which doesn’t let put object on or withtin itself.
• The camera and the placement mode are now disabled when an object is picked up. To enable them back, just put the object
• Added HUD
• The scaling binds don’t break the game controlling settings anymore
• Added the gameinstructor hints
• Added new sounds for the camera
• The fields working system is fully reworked
• When you go through the field, only the objects you’ve shot restore!
• The scaling looks smoother now
• Fixed the scaled objects’ collision
• Little cubes don’t press buttons now
• Big cubes don’t lock on buttons now
• If a button is already pressed by a cube, the second cune won’t lock on it now
• You can now place or take a shot of objects behind a glass
• Added fans which adjust on the surface on which it’s placed. They work differently on different surfaces – it’s much easier just to push a human to the side than to levitate them.
• Added mousetrap. You can scale it. The bigger it is, the farther you will fly after stepping into it.
• The camera flash is now real, not just a white fade-in and fade-out (MMMM, SEMEN)
• You won’t be able to enter the placement mode or take another shot during 0.4 seconds after taking the first one. This change is made to fix some game-breaking bugs.
• From now on, the sizes of the scaled objects save. Take a shot of a cube, make it larger or smaller. Take a shot of another one and change its size as well. Now, if you will be switching them, their sizes will remain the same as you’ve set!
• The shots of the cubes now show you random pictures of them
• Changed the sounds of footsteps and using objects and weapons
• While in the placement mode, the object becomes red and unplaceable when the player is aimed at an orange or violet field. The HUD also shows the related picture at the moment
• The aiming now turns off if you enter the placement mode while aiming
• Offset now smoothly adjusts to the size of the object (Vadim blyat, WTF is offset? – It’s a specific number of units by which the object indents from the surface. It’s just Raycast and some mathematical calculations – Thx Vadim, I have barely translated that into English, lol)
• Added the system which detects the kind of the shot object to make the mechanics work correctly
• You can only take shots of the specific kinds of objects now (e. g. cubes, fans…)
• If the shot cube is spawned again, the shot removes
• Fixed old bugs appearing while switching between the modes too quickly
• Sadly, you can’t quicksave now.
• Added flicker effect to the shot objects while in the placement mode
• Added smooth fade-out effect to the objects being shot
• Added smooth fade-in effect to the objects being selected in the placement mode
• Added smooth fade-out effect to the object selected in the placement mode which plays while switching to camera
• Added smooth fade-in effect to the objects being placed
• Added smooth fade effect to the objects being switched in the placement mode
• Added custom sounds with PrecacheSoundScript
• and some other fixes which should make the game run faster.

And some other facts about the development.
We’ve created the VHE compiler modificator. Why? To create custom entities and pseudoentities! It is planned to be released soon after the final PCapture map. Also, some .py scripts were developed to complete some tasks faster.
The team became larger, and all newcomers help us to develop PCapture. We also remind you that we’re still looking for some talented people (see more in one of the previous posts), this includes a voice actor who can voice Cave Johnson. Are you interested? Then apply here ASAP! Application Here!

Thank you, and see you soon, very soon!😉 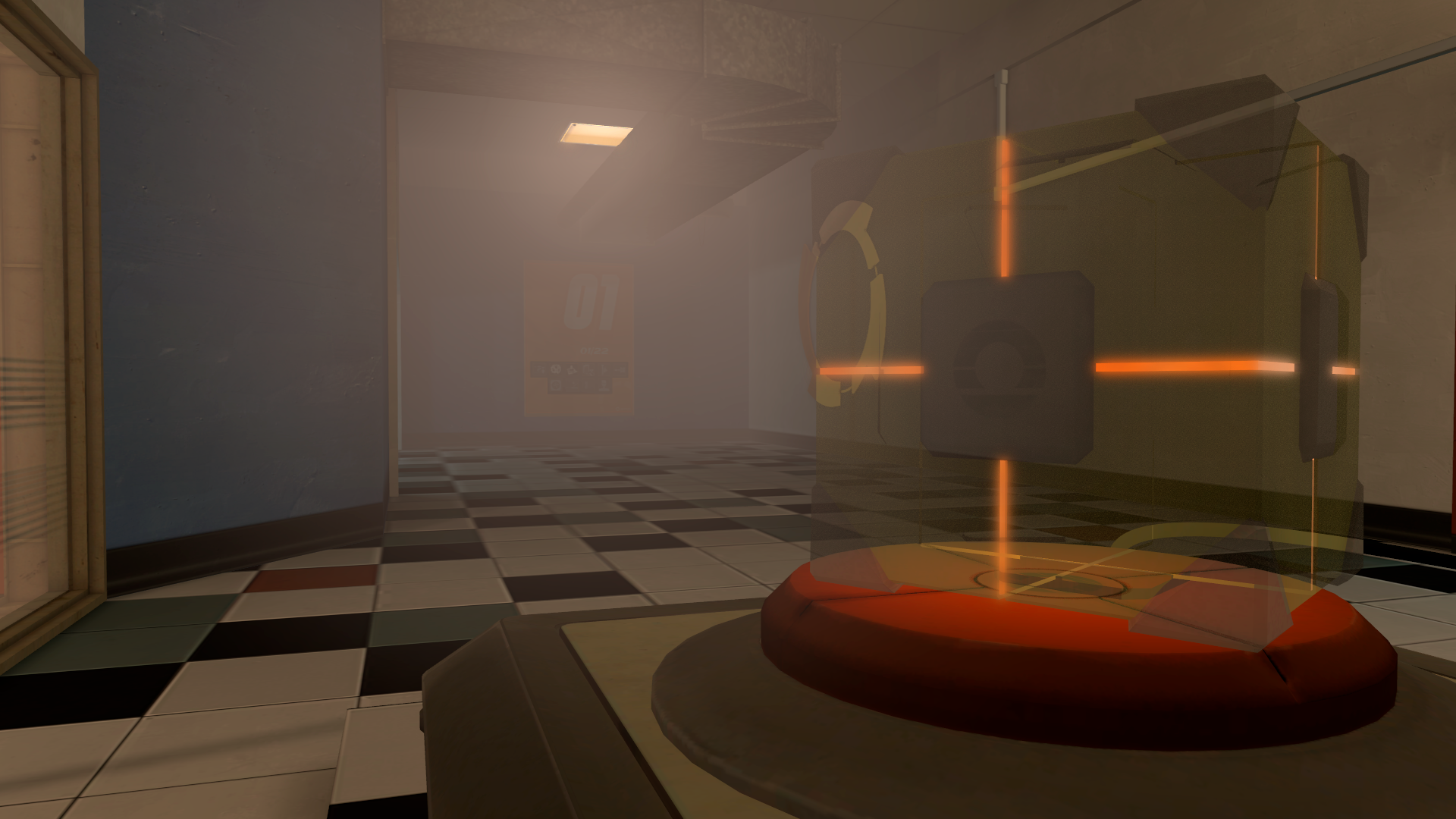 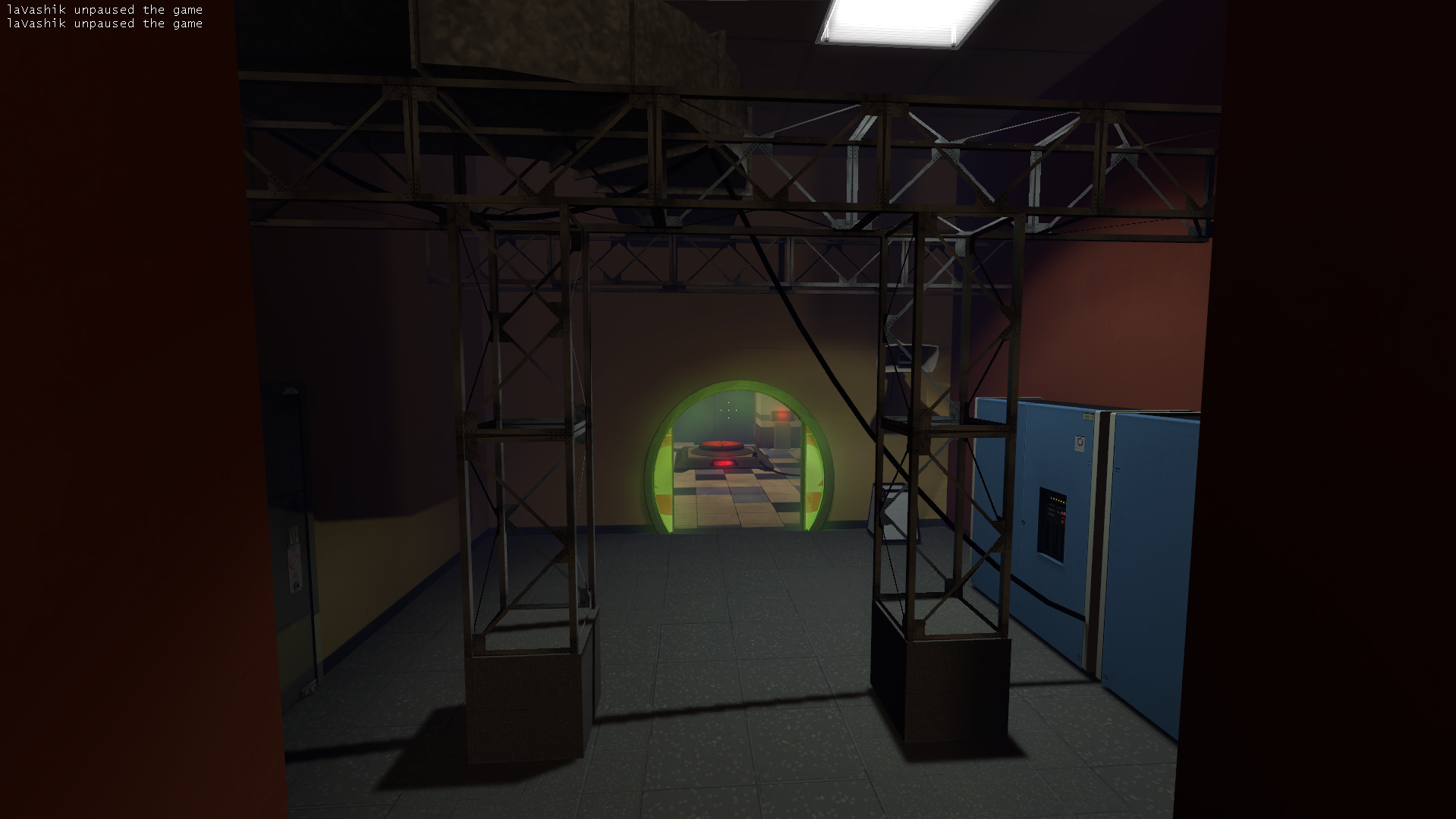 Project Capture – We need you!

In this article I will tell you about new information related to Project Capture.

Project Capture* is a new map-pack that will give you what you want!!

I'm Exited For When The Mod Is Complete :)

Cool and all, but can the description be less aggressive? About spitting 'n all.

But how do i make the cube bigger and smaller?

its not even released yet

1) It's mappack on Workshop (bit.ly/Capture_Steam)
2) Scaling will be in 4 part

where did they go!?

All information in the Discord channel
Bit.ly