It is a clone wars only mode.
Yes there have been a whole lot of clone wars mods, but I felt like using the clone wars era would allow for more flexibility.

Customization.
Classes can be customized with purchased equipment and assigned to specific units of your squad.

Wear and Tear.
As a battle progresses, your reinforcements will become weaker. As an extra feature, I decided to make the unit's skins become dirtier as well.

Saved data.
All scenario data is saved onto a player's EoW profile. This allows you to pick up a scenario where you left off each time you play.

The overdue update has arrived! Coming into March, I've been able to work on Evolution of Warfare once again. This article will cover what has happened these past two months: project management issues, concept changes, and the implementation of those concepts.

A lot of the work I have been doing over the past two months concerns project management. Previously, Evolution of Warfare's files were scattered and cluttered. I needed an organized setting where files were easily accessible. As simple as it sounds to do, the amount of work required to create a clean work area was no simple task.

I have also written some important documentation to direct my work process and record what has or has not been done. Having made all these adjustments and written out plans for the project, progress should be able to be made more efficiently.

What has received the most attention in terms of concept is the waypoint system. I can now confirm that there will be three squads per team rather than the four previously planned. This is a result of an unavoidable limitation. Due to the unfortunate turn of events, the waypoint symbol has changed, now having three indicators (where one corresponds to one squad) to show who has been assigned to the waypoint. 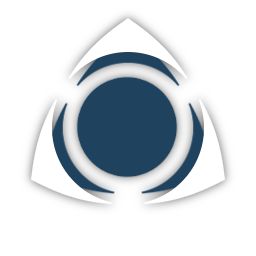 In addition, the significance of the waypoint has increased, as well as how it functions. Previously, Evolution of Warfare worked on a kill based point system, and waypoints were useful only for relocating troops. Now points will be scored based off of the effectiveness of the waypoints you assign troops to. At each waypoint, data will be collected to indicate the significance of its usage and score accordingly, increasing the importance of your ability to move and purchase for your squads. Another aspect that has changed is the waypoint weight option, which used to determine how important it was for a given squad to go to the selected waypoint. The weight option is now used to determine how spread out the troops are at a given waypoint, allowing battle data to be more accurately collected.

What else? Not surprisingly, a menu had to be put together as I began to work on the waypoint system. That meant that I needed to come up with some concepts for the design: 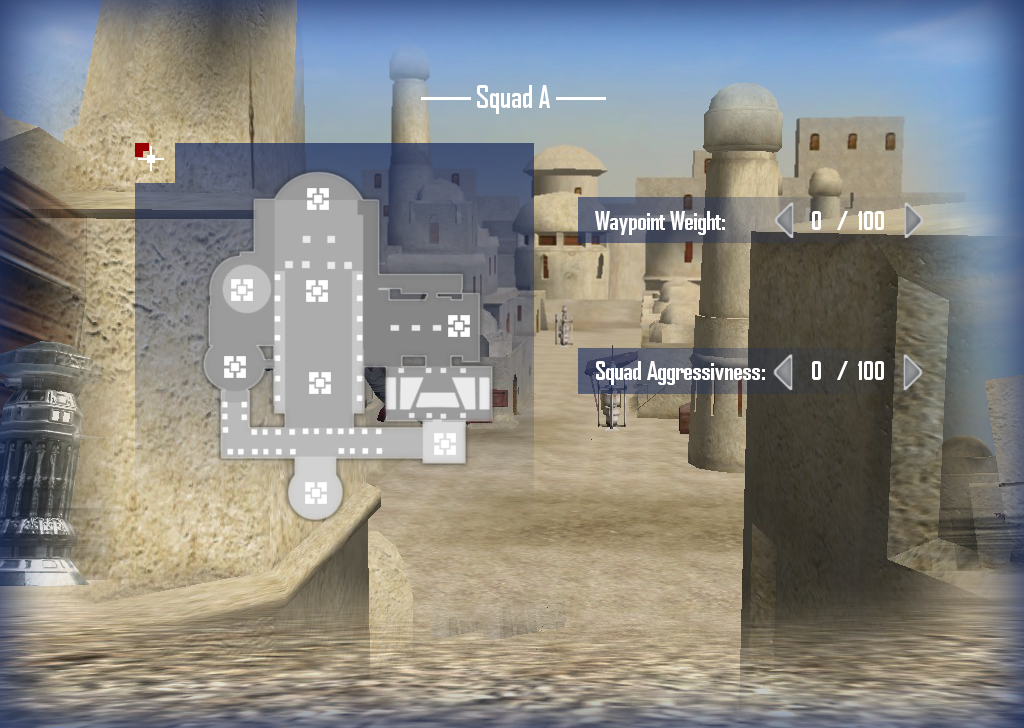 As seen above, players will be able to select a squad, select its target, adjust the tightness of the squad formation, and adjust the aggressiveness of the squad. Within in the center of the menu there will be a live camera of the map being played, bordered by a still of that same map. Execution of the concept ingame has been going well. (Live camera test) 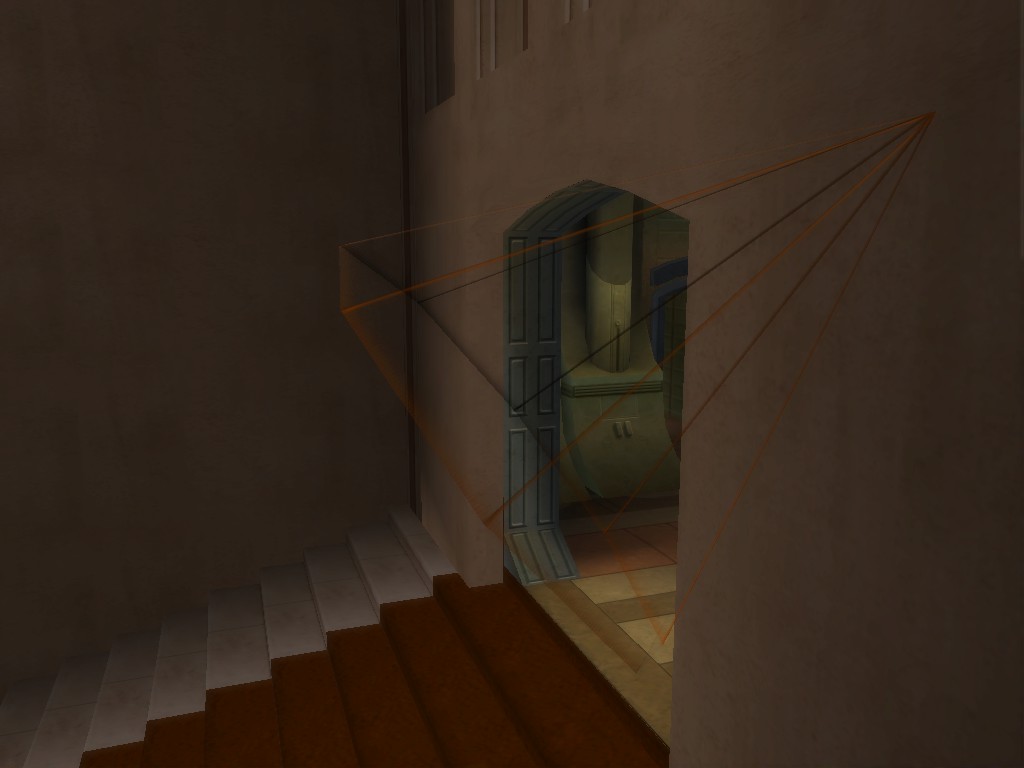 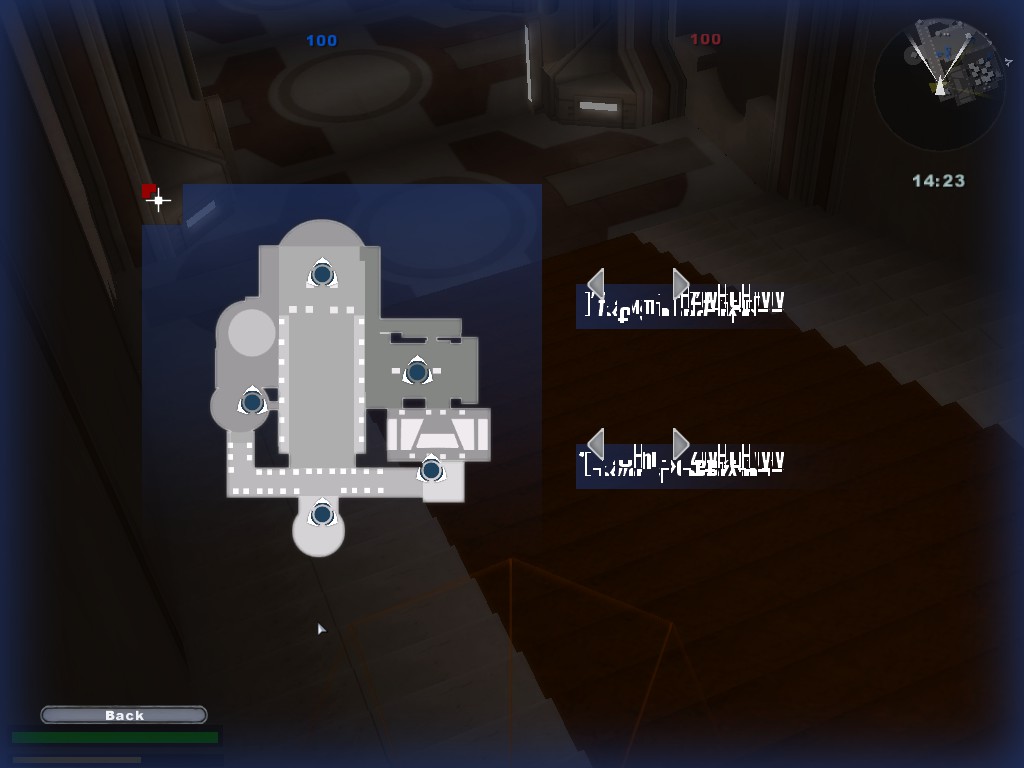 One last concept change I would like to address is that of the HUD. As stated in the mod's description (which will be updated soon), the HUD was to be based off of SWBF Elite Squadron and Free Radical's SWBF3 . Due to incompatibility with menu features and the use of the inspiration in another mod, I've decided to re-design the HUD. The change will also allow for more intricate HUD features that could not be executed with the old design. I hope you will like the new design just as much (or more) than the old one when I come around to making it. I appreciate everyone's patience, and apologize for the delay.

It's the 10 year anniversary for Star Wars Battlefront 2. It only seems fitting that I give some more info and updates on Evolution of Warfare.

See how Evolution of Warfare's HUD has been coming along and read up on some other information.

The history of Evolution of Warfare. Originating from a project dating back from 2012, learn how the mod came to be.

Could you release at least the HUD as a modder's resource sort of deal? It looks fantastic. Please do

Any update on the release date? Maybe you could release a beta version.

ay boss, you consider making what ya got now as open source so somebody else could finish it or help so long as they give the proper credit?

Will this ever come out?

So is the mod dead?

No, every once and a while I look at it. I changed something recently which started causing bugs but at this point I forget what it was that caused the problem :p

So when at least realase?

I have no idea, but for sure not soon.

What happened with Battlefront: United? It's been five years

Emm 5 years is a lot dude, probably dead, you could try marvel4 maps but you should give up with united