Europa Barbarorum is a total conversion for Medieval II: Total War: Kingdoms and successor to Europa Barbarorum for Rome: Total War. The aim is to give the player an even better gaming experience compared to EB1 on the RTW engine and a deeper comprehension of the ancient world and its correlations.

Greetings fans of Europa Barbarorum! This has been a little longer in the development than we'd originally planned; what was supposed to have been a bugfix and gameplay update (2.2b if you will), has instead morphed into another full release, complete with a load of new units and a host of other new features. There was a target date floated on Facebook of May, we're slightly over that because we've been allowing the pre-release testing to run its course. It was rushing this vital, last phase, that led to 2.1 having to ship with a Day One patch, and all the woes that attended that. There may well be a 2.2a/b/whatever patch, but hopefully we've ironed out enough of the issues that popped up that it won't be necessary. As always it's necessary to be absolutely explicit about this point: THIS RELEASE IS NOT SAVEGAME COMPATIBLE This is a complete installation, it's best if you remove any previous versions of EBII you have installed. 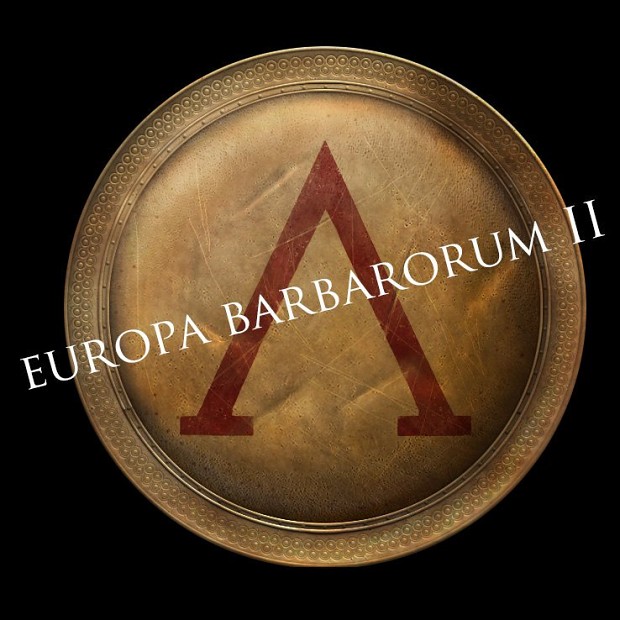 oh thank you goodness, that torrent download are taking me forever cheers to those modders!

Many thanks for this, guys! Downloading.

you guys are epic

Does not work for me. I have steam version and go the auto download version of EBii and it went straight to my med folder instead of mods folder and now it doesnt work nor does med 2 vanilla work.

The mod doesn't modify any of the vanilla files so it's impossible to break the vanilla.

I recommend a reinstall.

The game never "just freezes", it either crashes or it's busy. You need to wait when you start the first campaign, it might take up to 5 minutes.

Note if you've broken the operation to quit, you need to delete the map.rwm (which will be corrupted), start a new campaign and WAIT.

That's because you installed EB2 (or tried to) in Program Files with the location of the original M2TW game, which is exactly what you were told NOT to do. You were supposed to create a second instance of M2TW [ i.e., original is in Program Files (x86) (or in the Steam folder, as per your case), and a 2nd one in a folder on your Desktop (which you use for EB2)].

Where would I find the patch to 2.2b?

I Got a leyend when it says 'The file is corrupt when extracting'. Very weird!

So I installed it to my mods folder and it created its own mods folder so I moved ebii to the original mods folder and renamed it for the launcher in steam and now it says it has an unspecified error. Was I suppose to install it to medieval 2 folder?

can you make the mod into two parts? my internet is slow and because my dad needs the internet when he gets home I can only download about 3 gigs a day? if you cant I wont mind ill just stick with the original

Every time i start the mod it comes up with unspecified error. What do i do now?

I just wanted to say that you made an amazing mod, its very fun to play but I do have some complains that I'd like to adress for version 2.2b .

1. When you play a battle and both the infantry or the calvalry charge, the charge feels weak and slow, as if it lacked any impact, this shocked me because I played Medieval 2 vanilla again and it was not a problem THERE. They dont charge they just get close and attack weakly. Pls fix it. It takes a lot of joy out of the combat.
2. Most of the spear units in the game use their spear over-arm rather than under-arm (like its done in Medieval 2), that makes almost no sense since it results in a slower and a weaker thrust. Historically it was barely used, and when it happened it was in duels, not in dense units.
3. Even tho I understand that you wanted to use historically accurate names for all units, it is still a bit hard to distinguish them. The same problem goes for factions.
4. The Phalanx formation dosent work. Go to costume battle, when some unit charges into the Phalanx it will be pretty obvious that it dosent work as intended.

You're kidding me right? There is plenty of evidence showing that the spear works better overarm. In fact duels are the time when you would use them underarm. I suggest you just look up ThegnThrand on YouTube so you can dispel all of this nonsense people think about overarm. In fact, overarm has been proven to provide stronger and faster thrusts, especially if used in somewhat of a throwing motion which gives it the largest range of motion.

The 4GB patch is great!

When I try to run it at the EB launcher, It opens then crashes after a couple of seconds saying- Unspecified error

what is the difference between this one, and the "no installer" version? do I have to download them both?

You only need one of them. The No Installer version is for people who'd prefer to do it manually, rather than through the installer program.

Whichever one you download, make sure you patch to the latest version afterwards: Twcenter.net!

thanks bro, will do

This allows other mods to be played as well, right? Like, I can have other mods installed separately and everything will be fine? Or will this require all other mods (Third Age, Stainless Steel, etc.) to be uninstalled?

Either way, thanks for keeping this mod going for so long. Excited to play!

As long as you install in a mod folder, yes.

However, if your game is installed in Program Files, you'll need to move it.

There should be some torrents out there, no idea how active they are nowadays.

I haz question. So i first downloaded the mod and never looked at the instructions, force of habit, im so used to downloading and installing mods into my mods folder in steam and just renaming it to "British_isles" "crusades" etc and running the mod that way through steam, never any issues, tried it with this mod and found issues... after scratching my head for few minutes i decide to do the smart thing and actually check the instructions and then the penny dropped and i was like "oh, well i done goofed" so fair enough, im currently in the process of getting stuff moved over and out of my "programme files (86x)" folder, or whatever its called >_>

But my question is why? Why cant the mod use that folder when all the others can? I mean if that's the way it's gotta be then ive no complaints, im more curious as to the reasoning behind it =)

Because the mod won't work properly when it's installed there. And it's impossible to patch.

We learned this through bitter experience of people having problems with the mod, which disappeared when they weren't installed in Program Files. This isn't just something we arbitrarily decree, but the result of much trial and error.