I am very sorry to announce this but i am not longer working on this Mod.
The Mod's last Version is designed to work with comming updates as long as the Devs aren't changing the core mechanics.
I am aware that the Mod is not working for everyone, however i couldn't figure out why.
You have the right to alter (change, patch, etc.) and distribute it again.
It would be nice to see some credit to the original though. 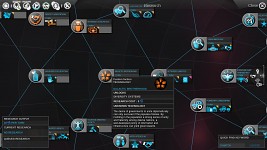 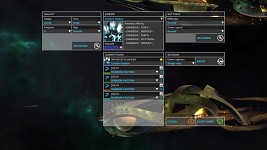 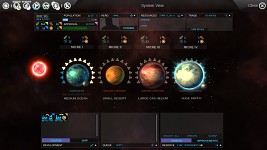 This Mod adds the "SANDBOX: XXXXXX" Traits to the Anomalys for Custom Factions

Choosing this Traits will do the follwing Changes:
- 100% Approval on all Systems
- No Need of Food
- Huge Population Growth
- Maxed out Population
- Full Repair on each Turn
- Hyperspeed Engines (+1000 PS/T)
- Bigger Fleets
- More Space for Modules (+1000)
- Highest Level on Build
- 0 Upkeep on Ships/Heroes/Improvements
- Tech/Ships/Improvements cost nothing
- +1000 Dust on Startup
- New Heroes every Round (as long as you keep fireing them

On Windows:
Go to "My Documents\Endless Space\" and search for a Modding Folder
and extract the Sandbox Folder there
if it does not exist, create it - however the Endless Space Folder HAS to be there!

On Mac:
Go to "User Library\Application Support\Endless Space\" and search for a Modding Folder
and extract the Sandbox Folder there
if it does not exist, create it - however the Endless Space Folder HAS to be there!
Help on how to get there can be found HERE

Disharmony:
With the Disharmony DLC you need to put Sandbox into \Endless Space\Disharmony\Modding

Once installed, you can find the Mod in the "Mods" Section in the Endless Space Main Menu.
You can either activate it from there or lauch it automaticly via Steam: 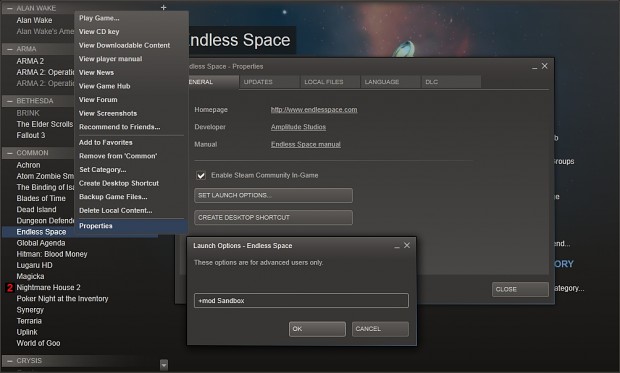 Once you are In-Game, look out for "with Mod: Sandbox 2.1.0" in the lower-left corner.
Then select New Game and go to the Faction Selection Screen.
Now click on "Add", go to "Anomalies" and select the Parts of Sandbox you want to use. 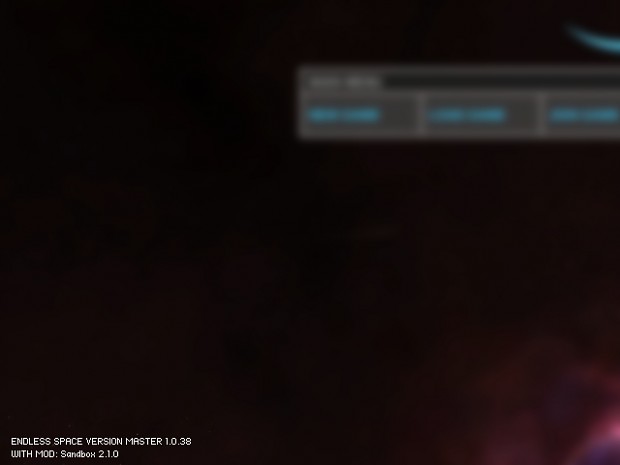 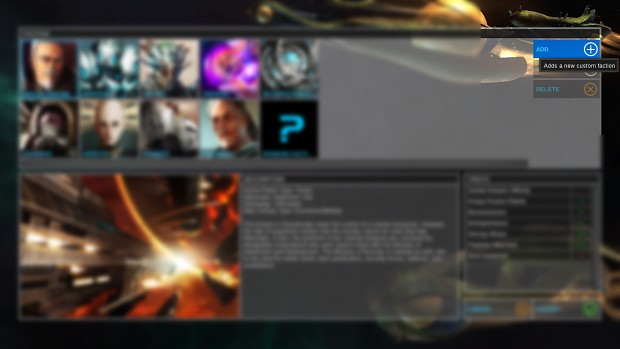 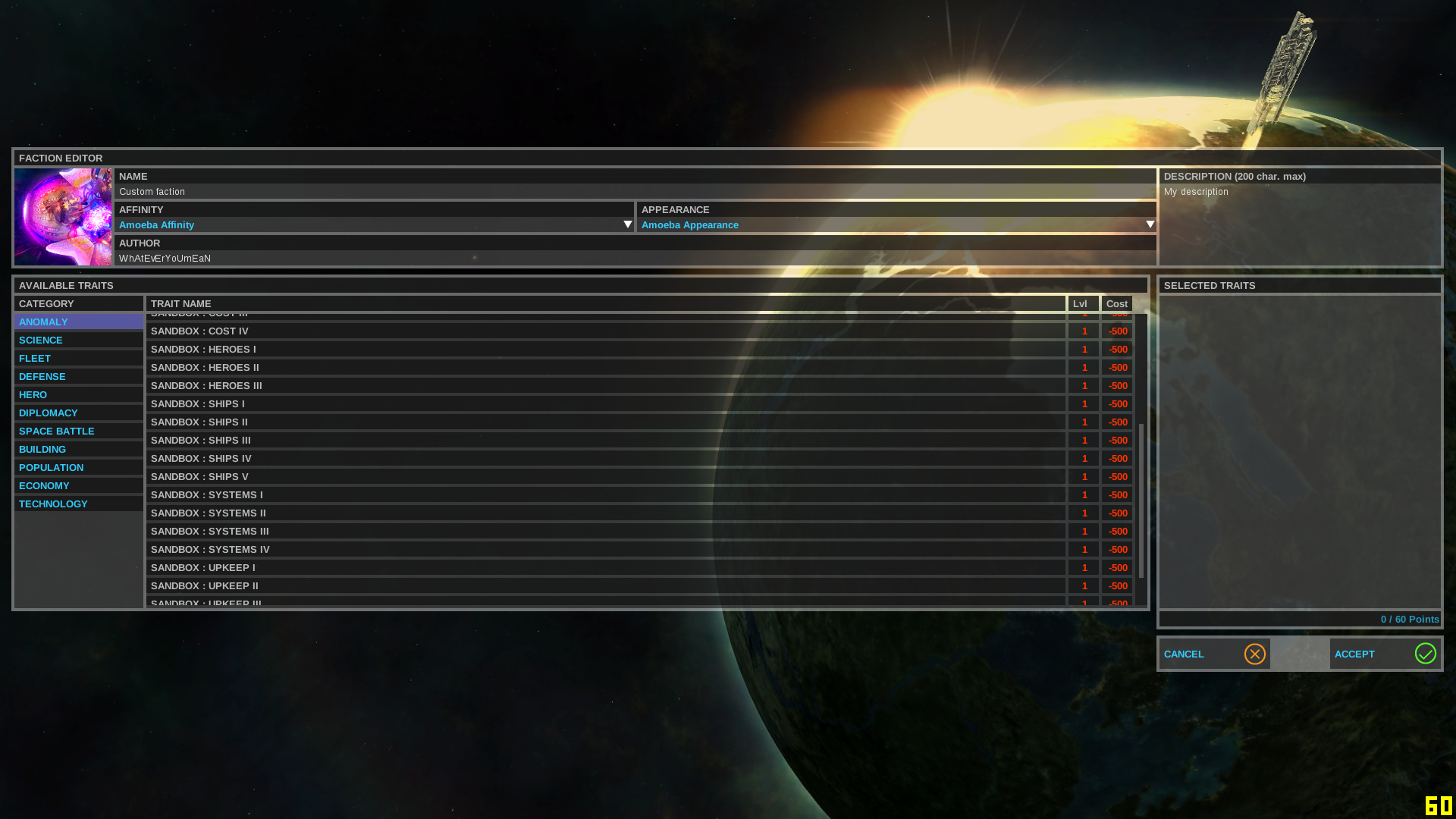 Also, it would be nice if you rate it and drop a comment once you tried it

MaraWorf wrote: If you have increased fleet command points, then the Pirates are overpowered.

Incompatibilities:
None so far

3.1
Changed:
-Change the Way the Mod loads to allow easier Merging with Mods that use the same Files.

3.0.1
Changed:
-One little thing in the Descriptions

2.0
Changed:
Turns before new Hero is now -49 instead of -40
Added:
-Split the Trait into seperate ones
-Added Ship Features

Thanks for voting and helping Endless Space - Sandbox 3.0 on it's quest to become the 2021 Mod of the Year. You are now in with a chance to score some free games from our #modlove collection. Help this mod secure more votes by embedding the widget (or link) we have included below on your favorite sites.

This thing was rewritten from Scratch,
it now has its own Thread that will be enabled in a few Days, be sure to check every now and then:
Moddb.com

After Downloading and Installing, you will see the Starting Interface of The Mod Manager.

Now you'll have the following Options:

Get Mods will rescan for all Mods in the Mods Folder in case it may missed something.

Add Mod will open a Dialog which will allow you to select a Mod Descriptor (Index.xml)Once selected, the Mod Manager will automaticly install it.

Delete Mod will delete the selected Mod in the List.
(It will maybe be greyed out if you haven't selected anything.)

Any Mac or Linux Distributions [NO]

If you are using one of the "not tested" Operating Systems and the Mod Manager Works for you, please post it in the comments.

Turn the Game into a Sandbox working by your rules. Test Things out and stomp your Enemies into the virtual Ground! - Read the "How to Install First...

I am having an issue where the ai will not expand across the galaxy. They only create one additional colony with the colony ship that they start out with but nothing after that. Does anyone know why this is happening? There was another post about this same issue occurring on Mac but I've tried installing this on both OS with the same result.

This happens to me as well!!!

is there any way to add the pirates back in? Granted they are powerful but it was quite fun. Just wondering :)

I don't think that even if if i ever get back to modding this game i will be able to fix that, sorry.

And by the way, there were almost invincible - that was no fun at all

cant even ******* download the mod manager I keep getting error this is ******** and waste of time not even fixed or neither organized
horrible >:l