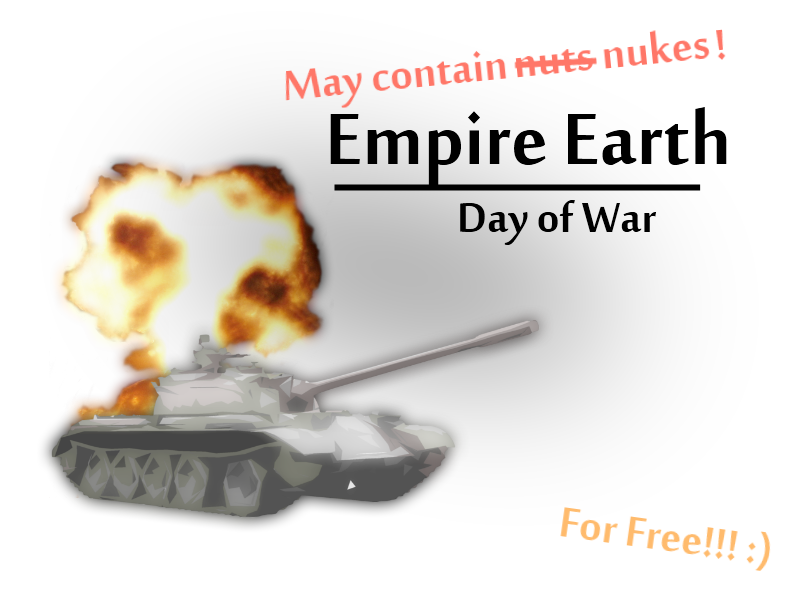 Including:
-Stalingrad Company
-Normandy 1944 Company
-Road to Iraq
-War of the U.N.
-Battle of the Space

Thanks for voting and helping Empire Earth: Day of War on it's quest to become the 2021 Mod of the Year. You are now in with a chance to score some free games from our #modlove collection. Help this mod secure more votes by embedding the widget (or link) we have included below on your favorite sites.

Ok guys. Now in game we can see new music from (thanks) Modern Warfare 2, Battle of The L.A. Hmm..it's cool idea but not true. I think to add so pretty epic music. Sounds of shooting is beautiful. Now this is real war! I can say you small part of main company. It's a global war of USA and China. Yeah, it's a Battlefield 2 and Modern Warfare. First missin in pacific part. Ocean war is amazing. It's a FIGHT with F-15 ang MIG's. Small tropican islands. After this - stealth missions on Russia, global war on Alaska and Antarctica (because oil). On this day i want to add first video or screenshots. See later, post comments.

is this a mod or a map pack?

Looks Pretty Sweet, I will look forward to this.