East of Rome - The Danube Limes

East of Rome - The Danube Limes is a total conversion of Medieval II: Total War focused on the struggle between the Eastern Roman Empire and its many enemies. The campaign begins in 591 AD, the year when Maurikios finally signes a peace treaty with the Sasanian Persian Empire in the east. The constant war on the eastern frontier of the empire tied up most of the Roman army so that the Balkan provinces were left defenceless. The Slavic tribes north of the Danube sensed this weakness and subsequently begin to raid the Roman provinces to the South. (This page is managed by echuu, who is not member of the team but a player who wants to keep a mirror link of the mod at ModDB). 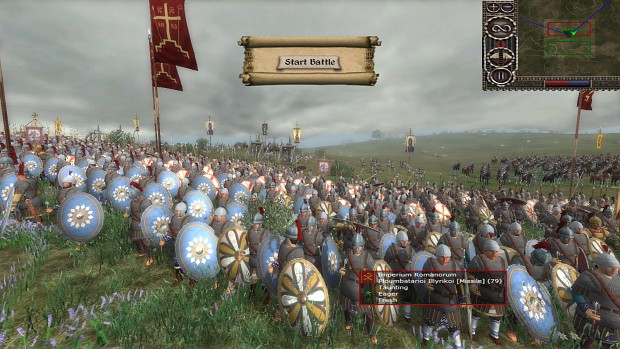 I have added all the Maurekian Roman units to custom battles as well as fixed the CTD-bug when right-clicking certain portraits. In the recent upload of Danube Limes all other fixes are implemented as well.