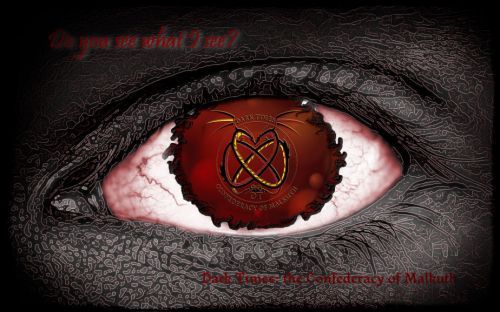 But what of life, my brothers and sisters?

A Grey Wardens life is not without its burdens.

Dark Times dwell in these cold shadows where we stand vigilant, carrying out our sworn duty.

What happens when the glory is gone and the taint quickens the blood; when that grim grinning ghost of death looks upon you and calls your name?

What we do is necessary to stem the tide against the Blight - life is survival at all costs.

What choices shall you make and are you willing to bear the weight of their consequences?

A search for a cure to the eventual death sentence that comes as a result of the Joining leads the Grey Warden to the Confederacy of Malkuth, a loose collection of city states which exists south of Ferelden, beyond the Uncharted Territories.

ACT I - The Gift of Time

In order for the first quest of the mod to activate you must have completed the Broken Circle Quest in the Origins campaign. Any save loaded post Broken Circle Tower should activate the content. When the mod is installed, it will be located on the DLC tab on your Dragon Age menu.

Made possible by the folks at Bioware, the BSN Community, and you.

Just google it, you will find this mod, the latest version is 1.07

Absolutly fantastic (AND LONG!!) mod with full VO? This is it guys! :D

Take Your time guys.....i like to see this mod ingame...so dont rush it ok?

give it time, 6 months isnt that long for a new mod.
most take 1 yr or more to get right or mostly right depending
on how meny people are working on it. looks good tho.

cant wait to take this mod for a spin when it comes out :D !!!

Is this mod still active?

Age of Ashes takes place in the fantasy world of Celedras, a world inhabited the Celedrassians, the Tamerans, and the Ahael. The race of the Dwarves has...

The Last Days (of The Third Age of Middle Earth)

The Last Days of the Third Age — a total conversion of Mount and Blade 1.011 and Warband into J.R.R. Tolkien's Middle Earth.

Edit stats, load items, save items,and alter almost every perspective of your Diablo 2 Character in a easy and fast manner.

tmp7704 made some mistakes when moving their Bioware Social Network mods here, resulting on non-working or incomplete mods. There are working versions...

An mod that will add companions,areas,armors/weapons,...