Deathmatch Classic: Refragged is a remake/continuation of Deathmatch Classic built in the Source Engine with new maps, game modes, weapons, quality of life improvements and more! It is not a straight port to Source. DMC:R continues to enhance the themes and environments DMC created from blending the Half-Life and Quake universes together.

DMC:R will feature remakes of existing maps, all new maps, new gamemodes (such as CTF and Clan Arena,) an original soundtrack, and provide a number of quality-of-life enhancements and toggleable features that will enhance gameplay without ruining the classic feeling of Quake and DMC.
The game should also please fan of later Quake games, as content from these games will appear in DMC:R as well.
It will release on Steam for free with included workshop support.

Hello everyone, MTD here again, It's time for a new media roundup for Deathmatch Classic: Refragged!

Before we get into the content, I'd like to mention that we're looking to recruit more developers skilled in any of the following fields:

We're looking for voice actors who can replicate or make similar voices to the following Half-Life characters. (Judith Mossman, Wallace Breen) No Spoken Dialogue Needed, just grunts, yelps, suffocation, gagging and the like, so it doesn't need to be a perfect impression. We're also looking for mappers to help remake maps, along with optionally creating additional custom maps if they'd like.

If you are interested in helping out with DMC:R and are skilled and any of these fields, or even other ones not listed, feel free to drop by our Discord server and DM me @MTD#1337.

After this media update, we'll be trying to make mini-media updates that are smaller but more frequent. Alright, let's get into the content!

We've teased this track on the Discord before, but we like to post the full songs here. So, here's the full version of the track Beneath, composed by the talented LAMAJKER. 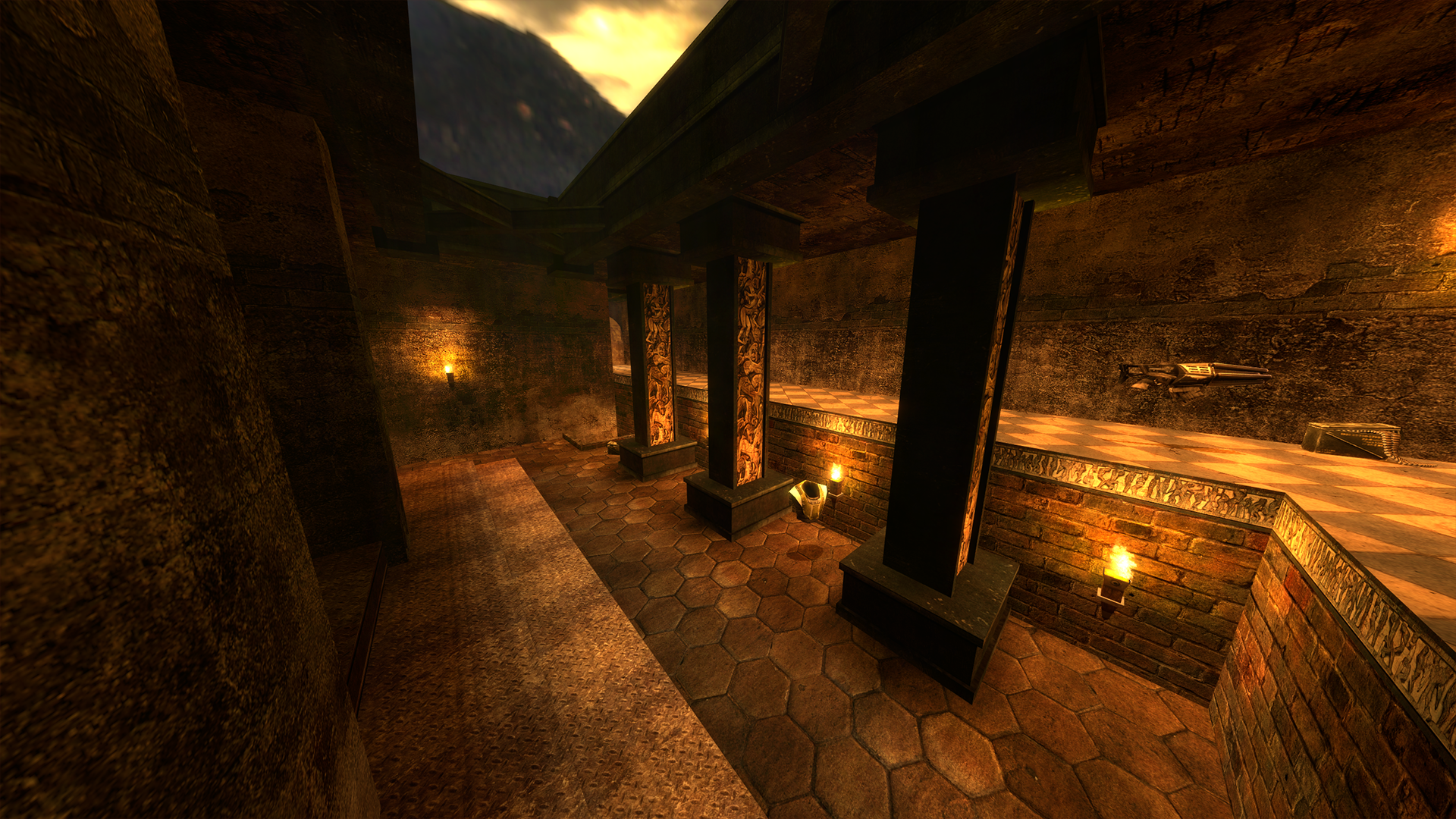 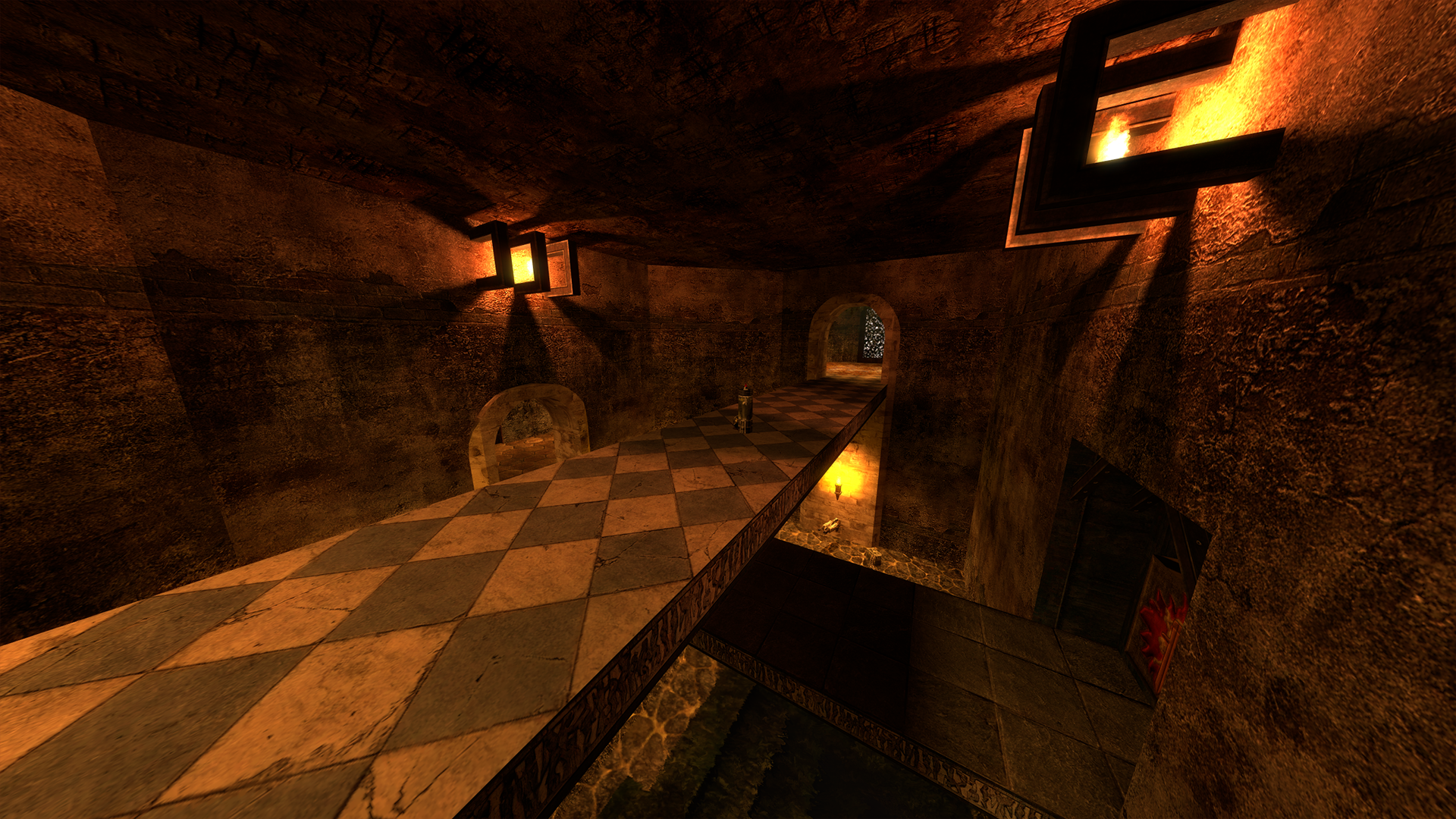 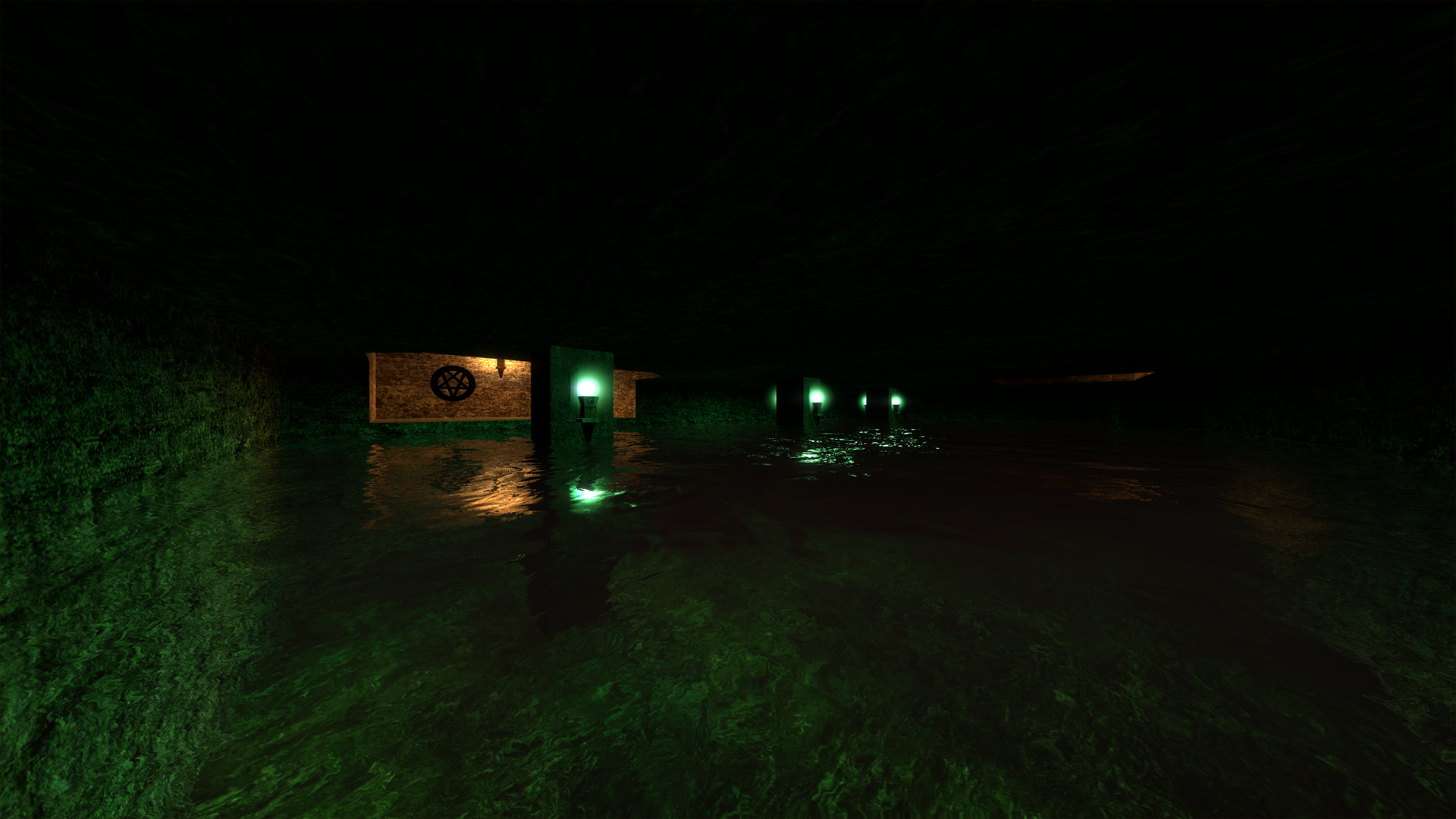 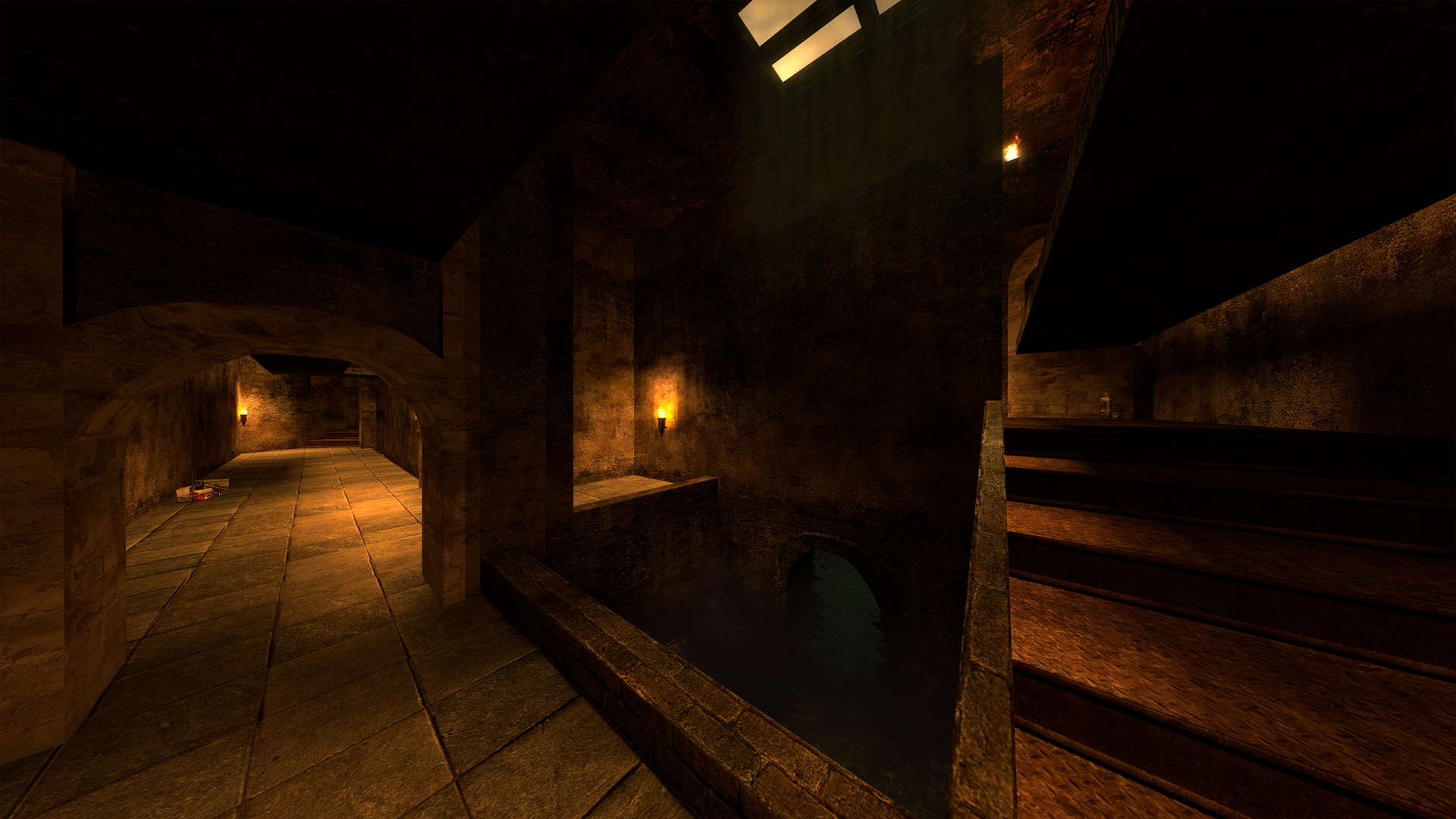 Remade by yours truly, DM5 never made an appearance in DMC but did show up in its cancelled ThreeWave addon. This version holds an enhanced environmental look to that. 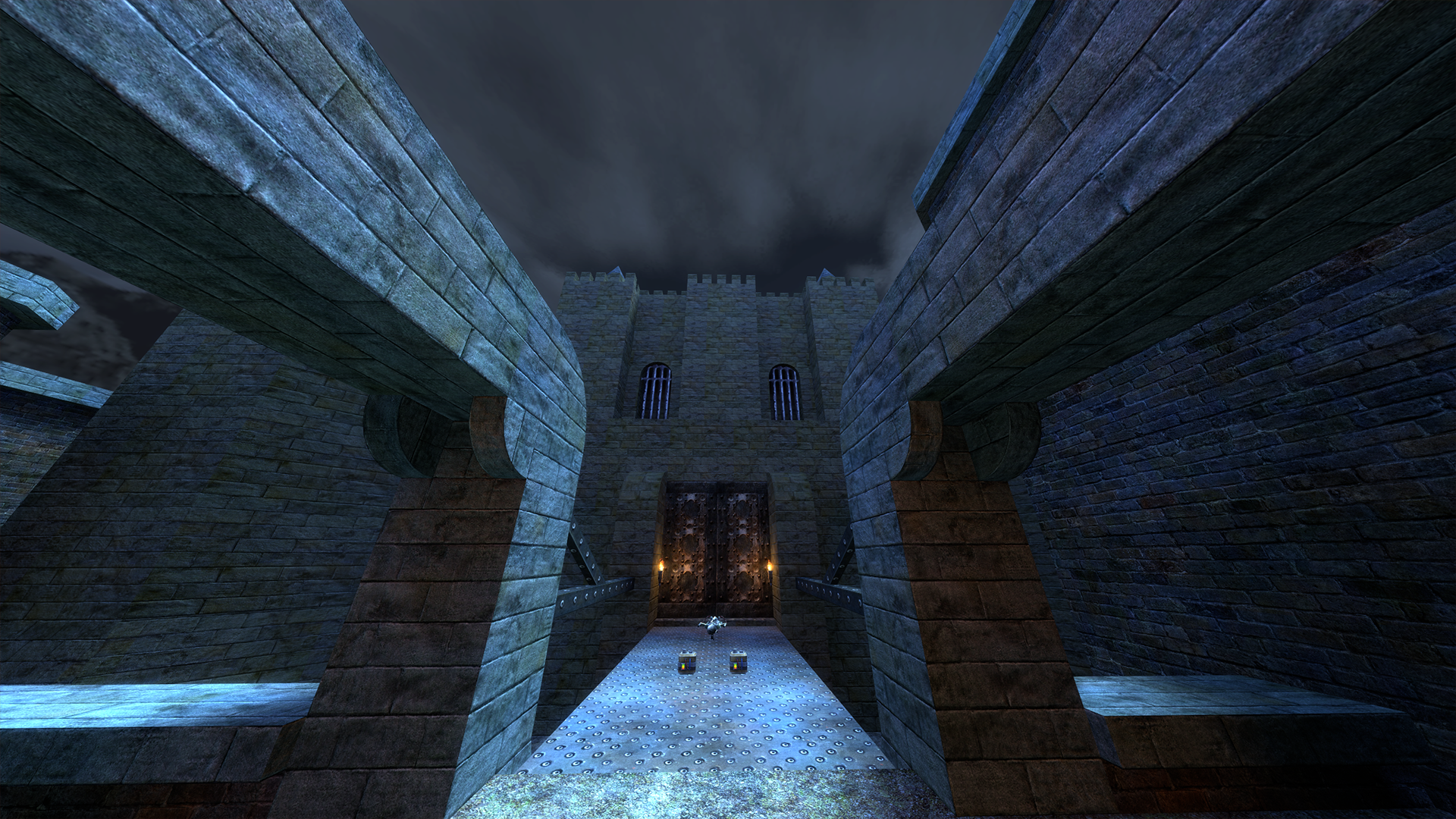 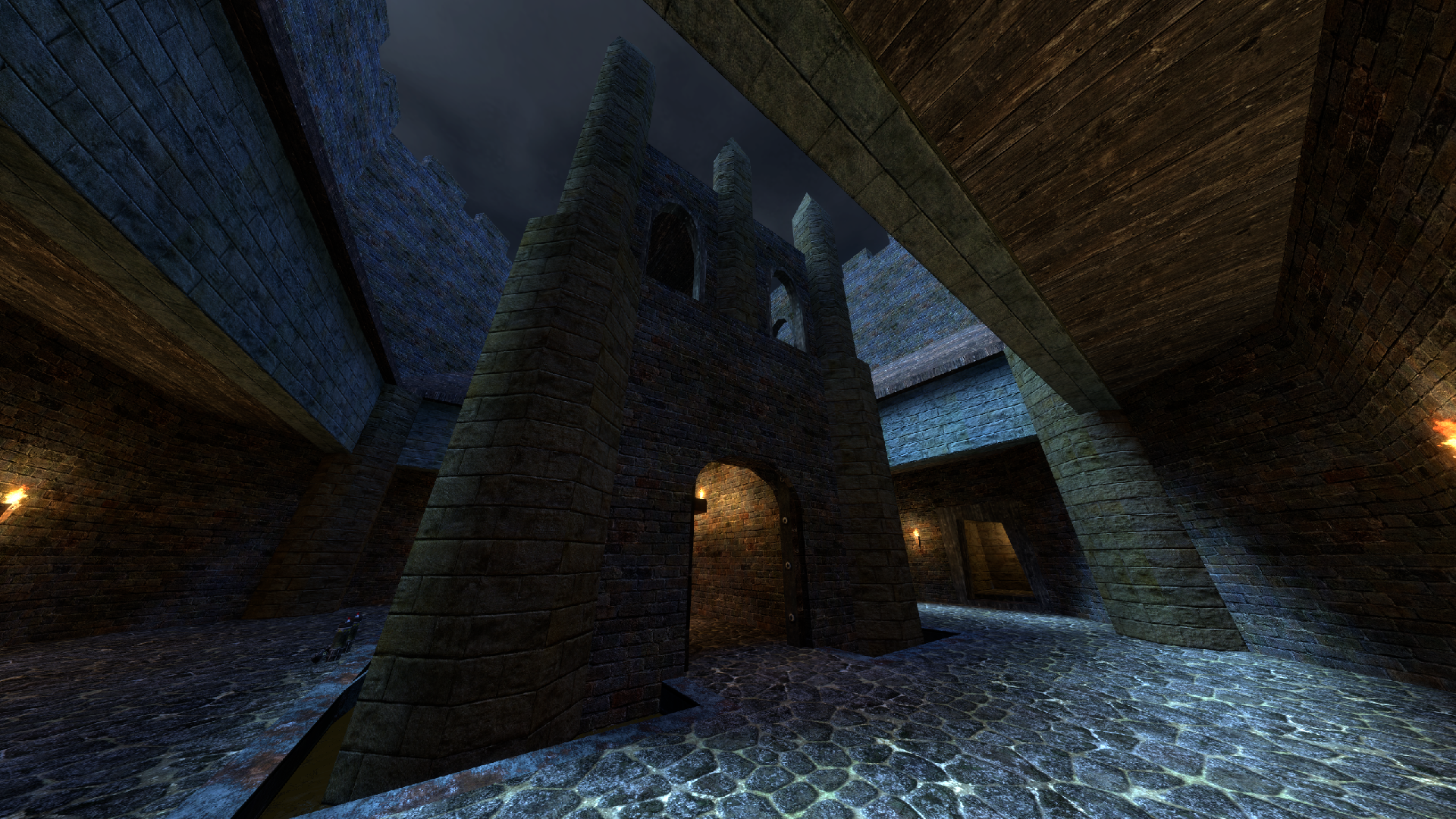 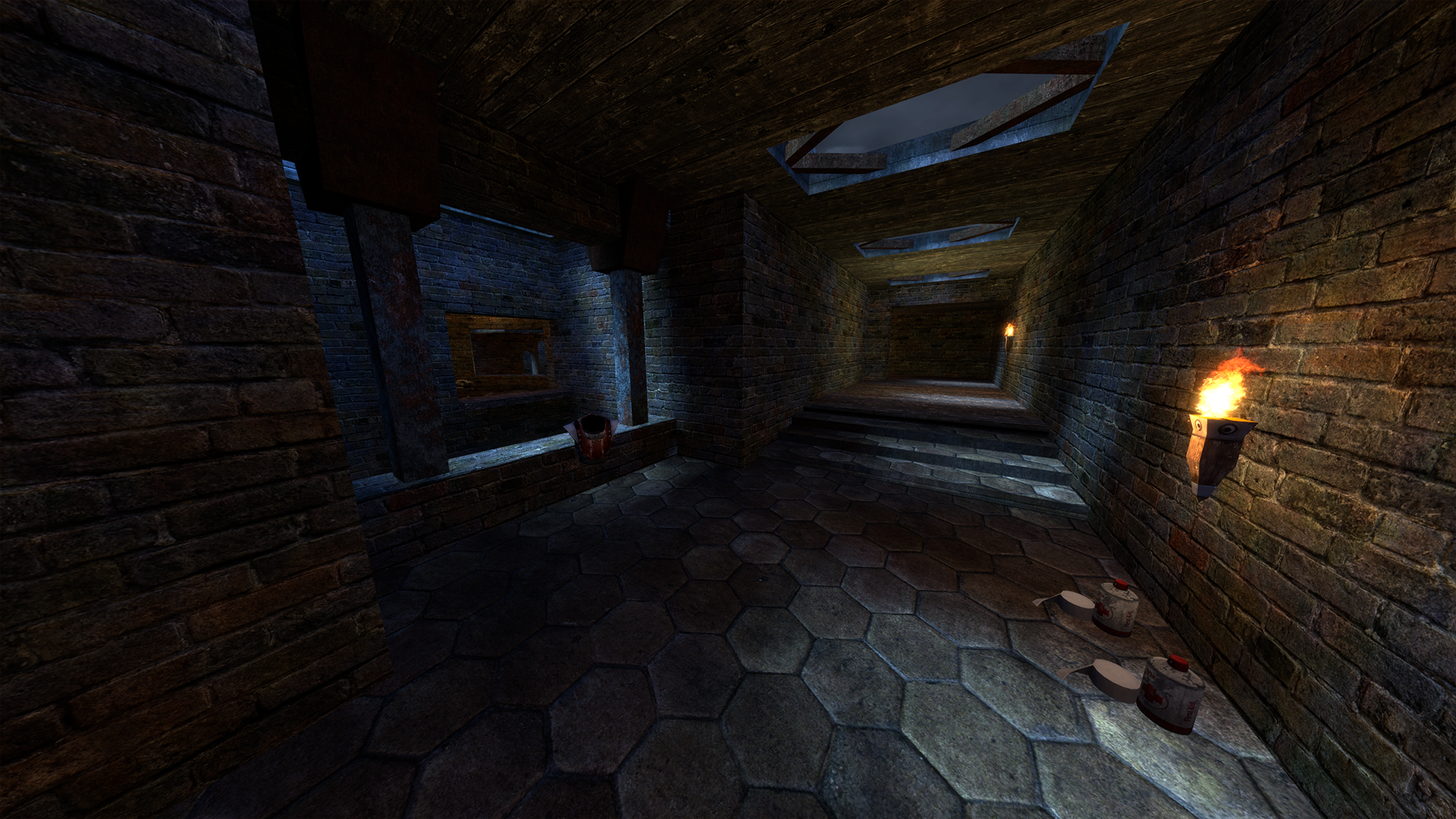 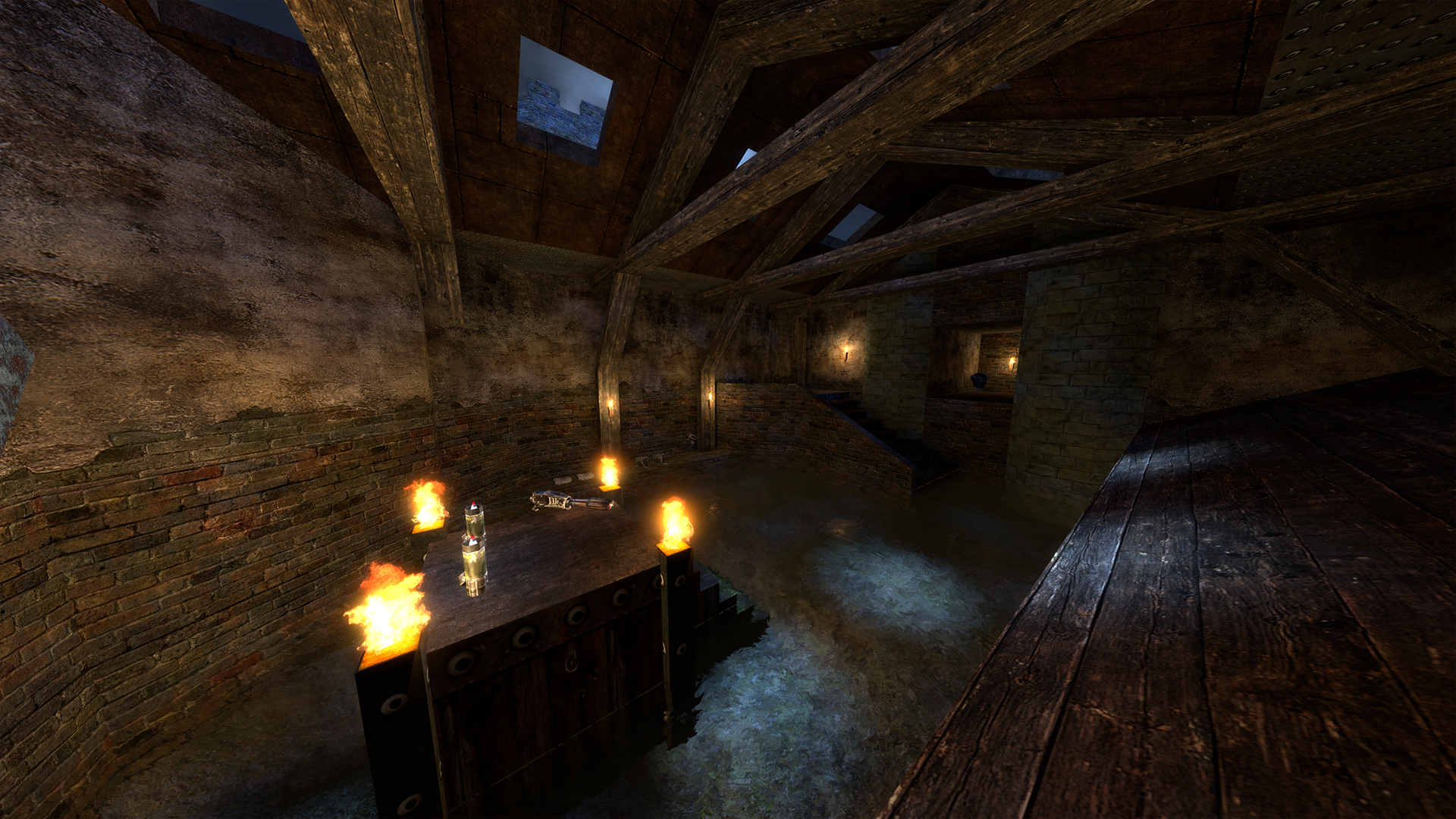 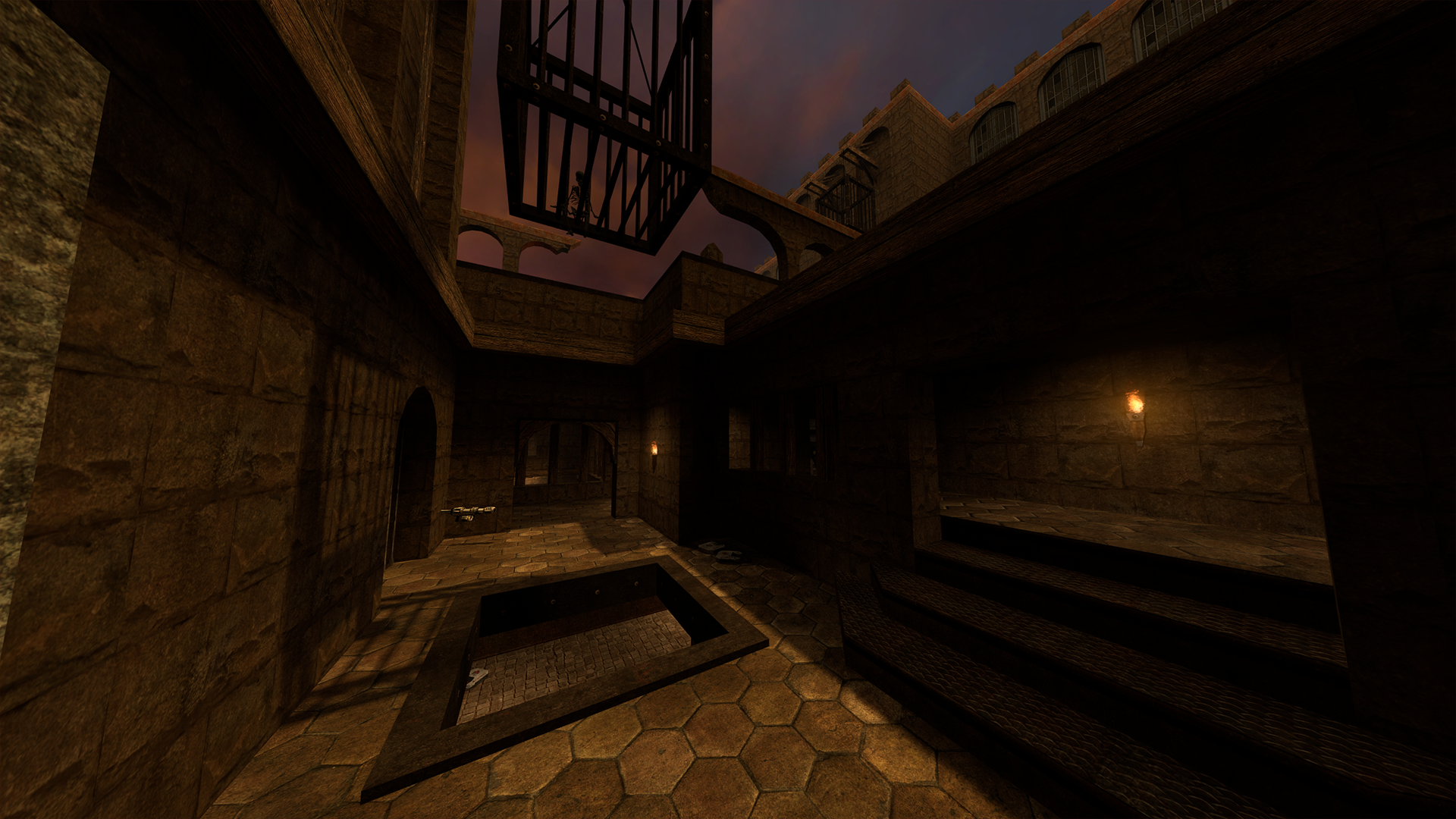 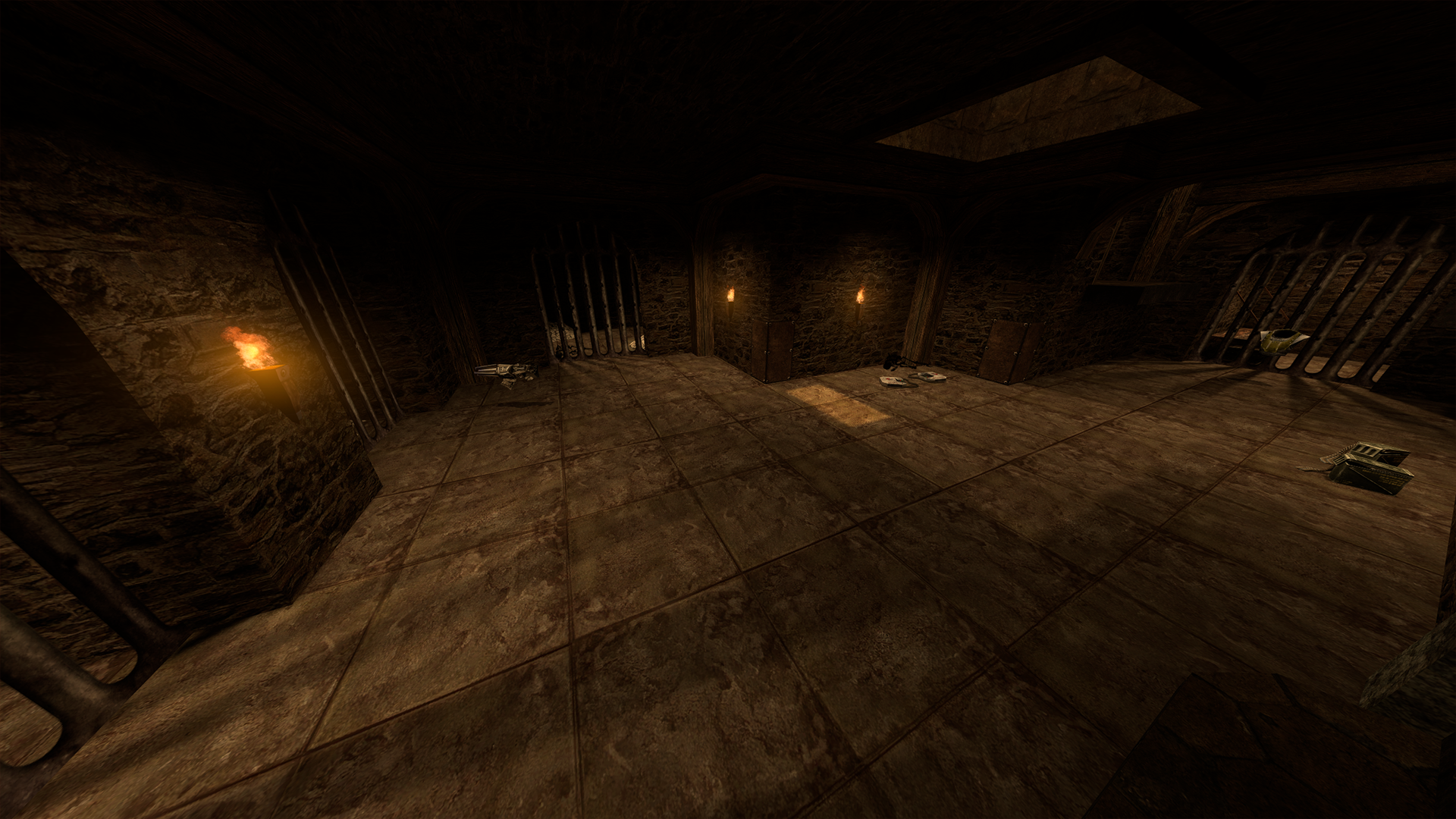 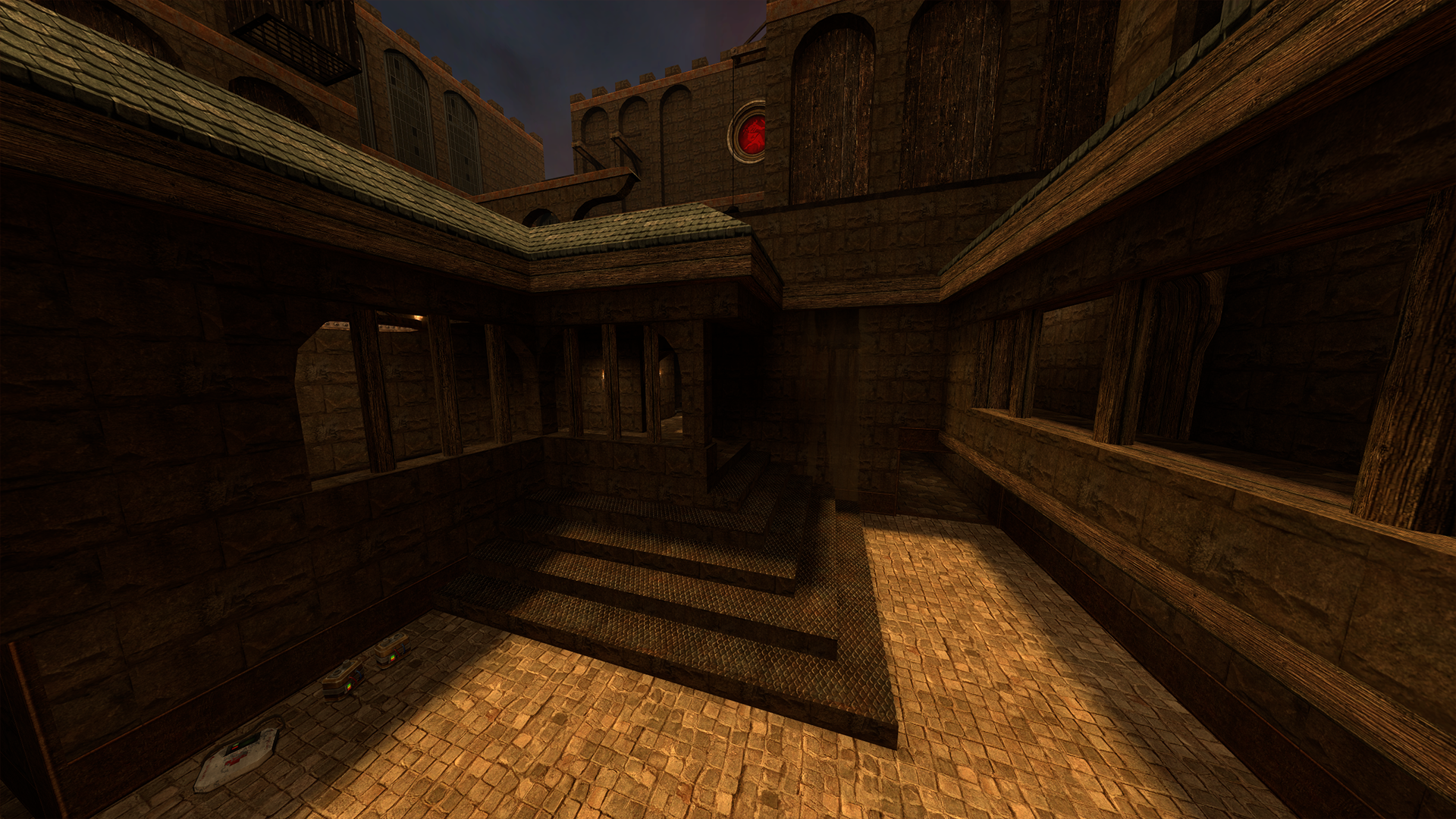 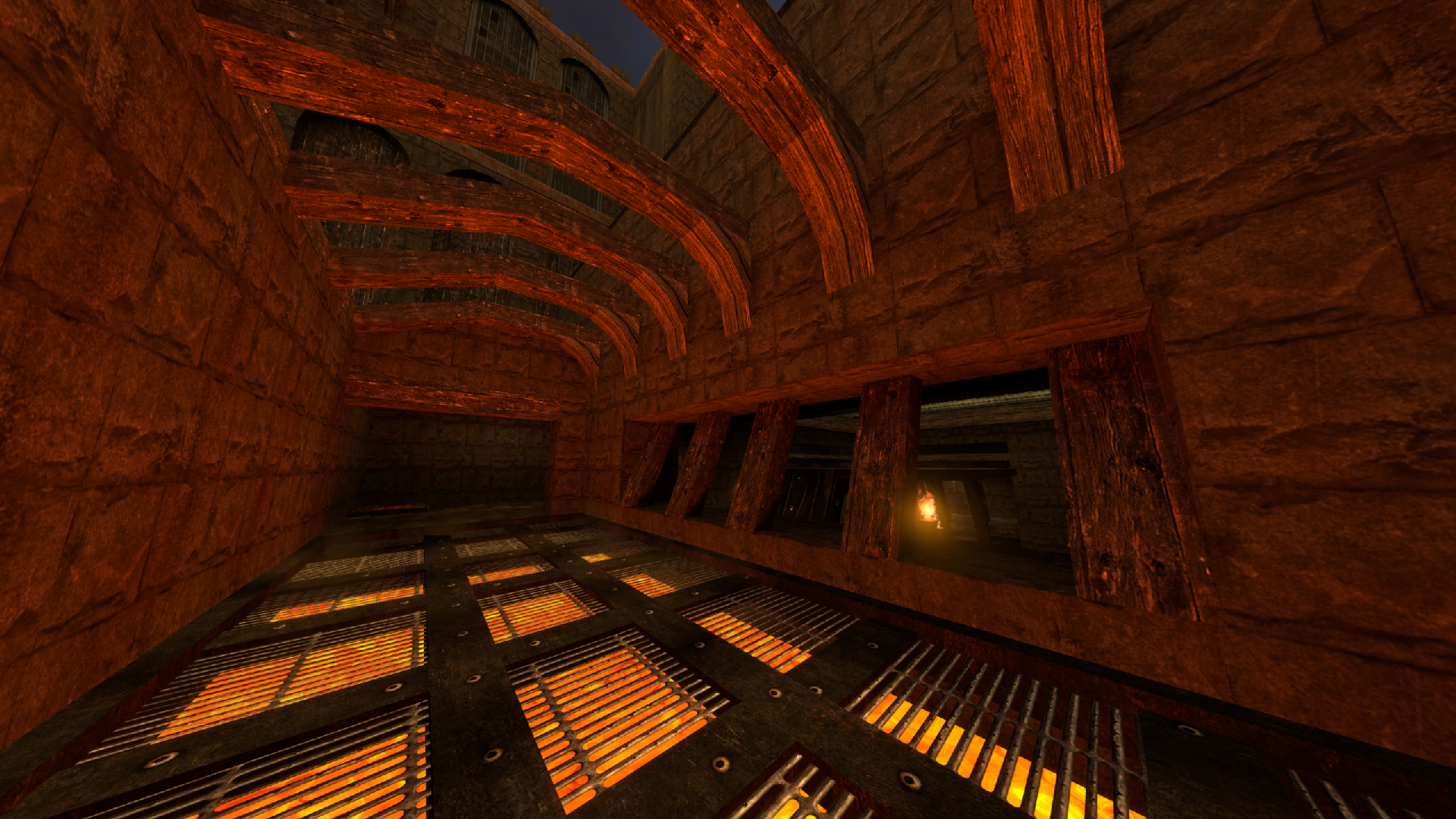 Remade by PJX, this is another map originally by Dario Casali. Some of you may recognize this layout as Snark Pit from Half-Life, well it originated from this map here. 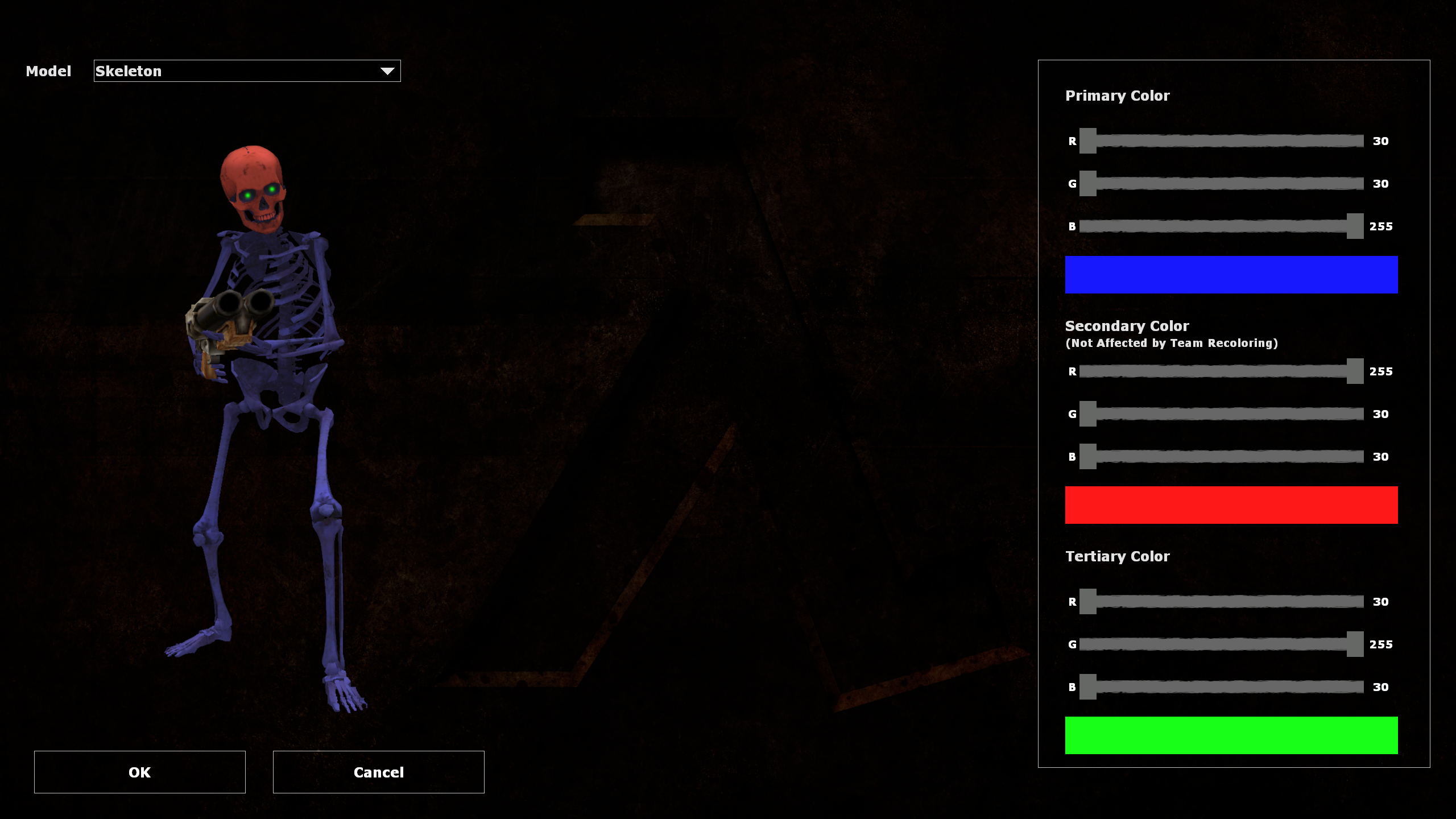 Yes it's true! Not only can you color two parts of your playermodel like you could in most Goldsrc MP games, but you can even color a third spot! Your Primary and Tertiary colors are switched to team colors for team modes. 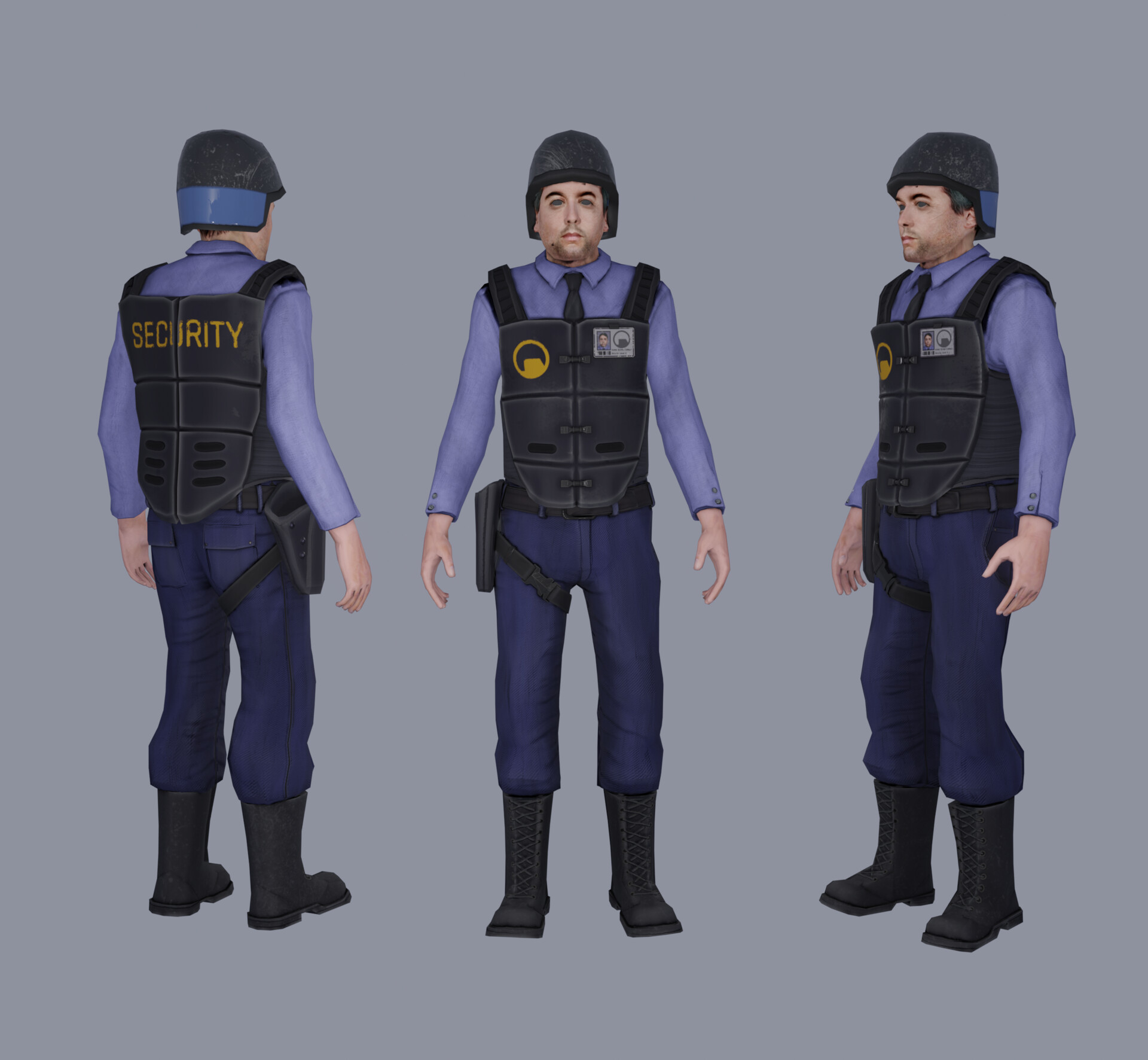 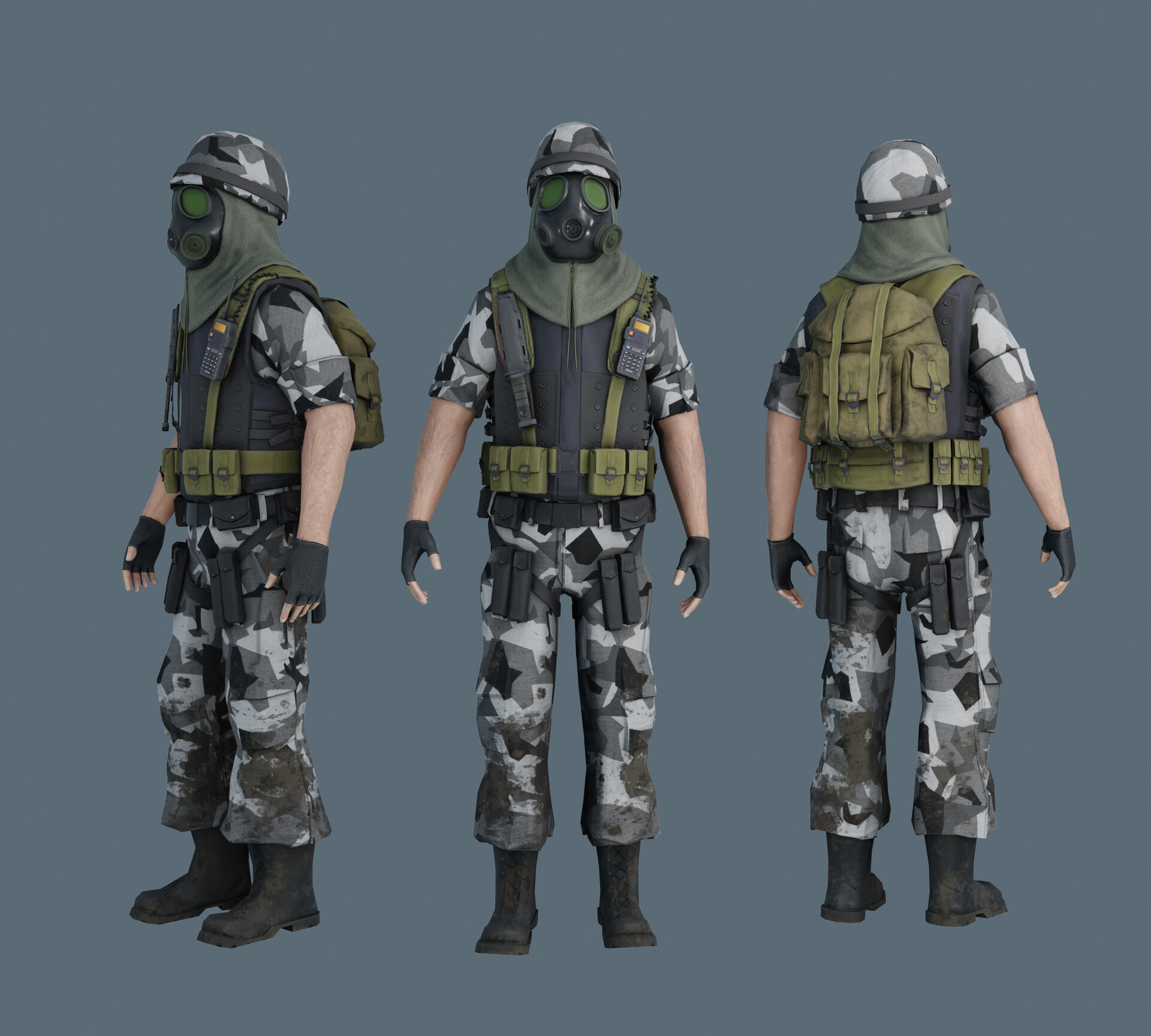 You'll be able to play as Barney in his Black Mesa Security Guard Outfit, as well as a Gasmask or Beret wearing HECU Marine. These were created by the talented beren franklin!

You can optionally track your speed with the speedometer. You can set it to either be on the bottom of your HUD or by the crosshair.

There is now a resistance percentage above your armor points, showing how much damage you'll resist, this changes depending on what armor type you have. Custom values work too if you want to make Custom armors on your maps.

Achievements:
Flare145 has been working on artwork for the Steam Achievements. Here are some of my favorites and their requirements. You can check out the process of how these were made on his website. The achievements wont take a super long time to achieve but they also shouldn't be a cakewalk. However they are all still subject to change. 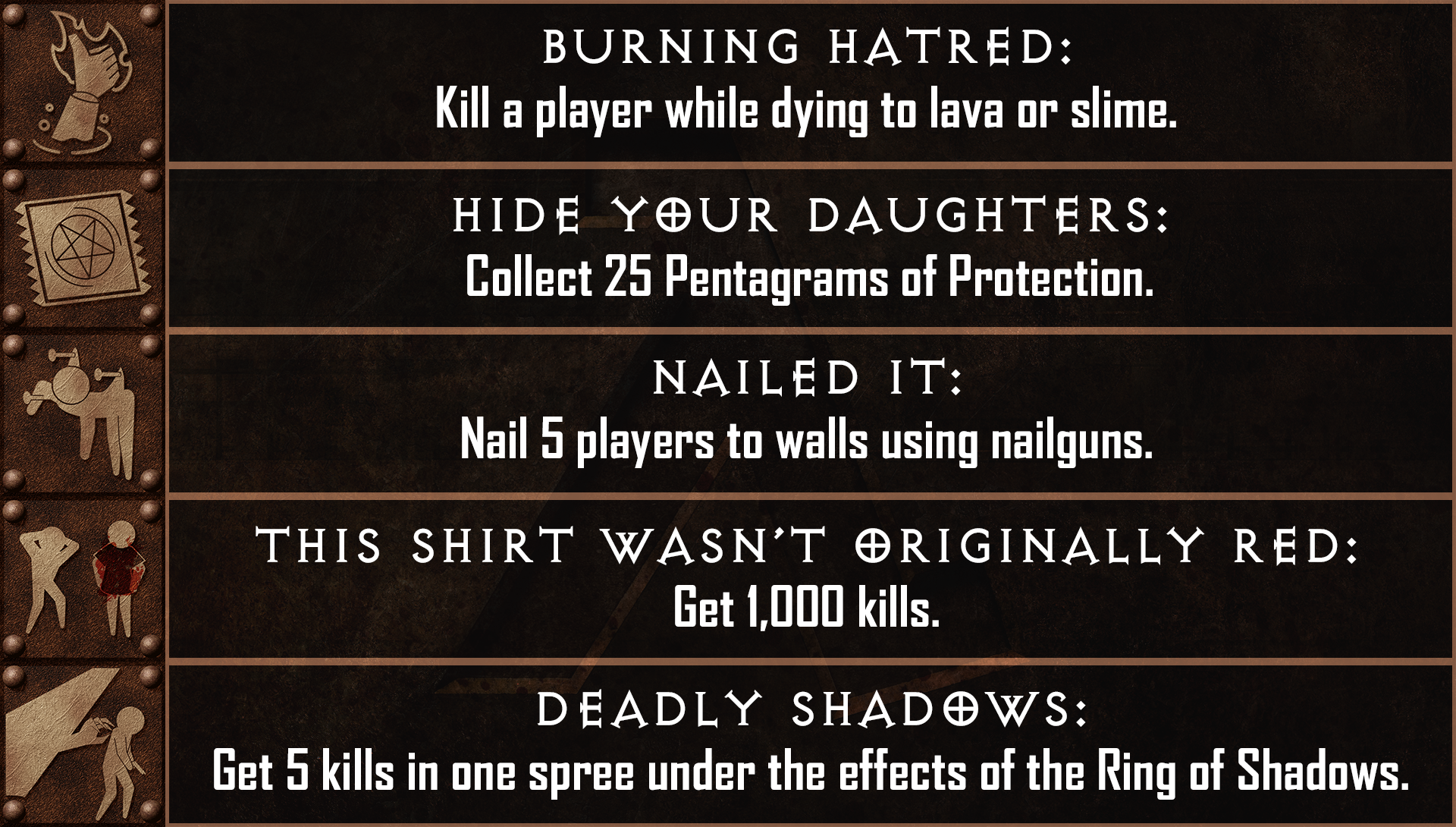 And that'll wrap up this 3rd media update. I was hoping to additionally show off our remade Lightning Gun model but unfortunately it's not in a fully finished state yet. As for what else is next, we now have a public Trello page you can check out to see what's planned, being worked on, and finished. Thanks for stopping by to take a look. We've got various links you can check out to become apart of the community and keep up with future updates:
Twitter
Discord Server
Steam Group

Or Just follow us right here on ModDB! Once again, were looking for Mappers and Voice Actors (Impressions of Judith Mossman or Wallace Breen) but additional devs from other fields are always welcome. DM @MTD#1337 on discord if you think you'd be a good fit to help out with DMC:R. Thanks again! See you next time!

The first article was testing the waters, now let's show what we've really got to offer.

One track from the OST and an exclusive teaser!

Today, i present you one of the music tracks that would play in-game. Have fun listening! Composed by LAMAJKER. And by the way, we are looking for character...

Looks very cool, will you include bots?

good luck for this great project, I hope it will not be abandoned !! :)

Wow! I am 69 years old and have been playing this for many years. THANK YOU for coming back to DMC and updating it. I look forward to be among the early players once you are ready to share.

ngl this project looks very good! I hope this will become as mod in steam

Will be there some files and programs to make things like (eg. maps, fgd files, special program for uploading maps)?

This mod will be standalone on steam btw, so you wont need any games for it to run.

Pretty much yes for everything here, although I dunno what you mean by "special program for uploading maps," but workshop support is planned so hopefully that's enough of an answer.

It's just the regular stuff like hammer and hlmv etc.