Post news RSS A Light at the end of the Tunnel

So it’s been a while, in fact it’s been almost 4 months since my last update, however, during this time I have been tirelessly working on the third level of Dear Esther and have finally reached the point where I think it is good enough to show some of what I have been up to during my absence.

The third level of Dear Esther takes place at the heart of the island, through its many sprawling caves and tunnels. I have to admit, this was one of the levels I was most excited about working on as I'd never attempted this kind of environment before, and it allowed me a much greater freedom and creativity that is sometimes restricted when creating large outdoor environments and so I was able to add in much more detail and complex shaders to really help bring the caves to life without sacrificing performance.I think the caves in the original were the one area that was most lacking and so I made a real effort to make sure they raise the bar both visually and atmospherically. (Note: As always these shots are pre-alpha and lack proper polish) 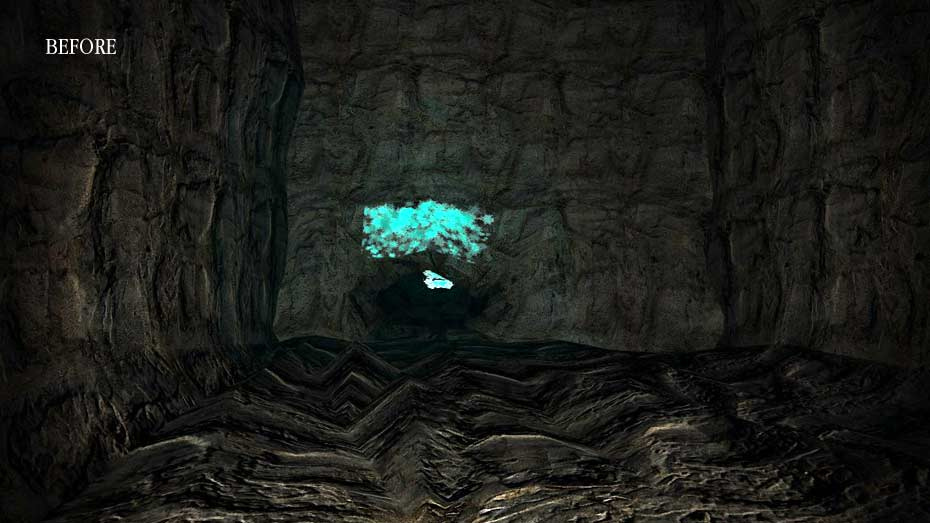 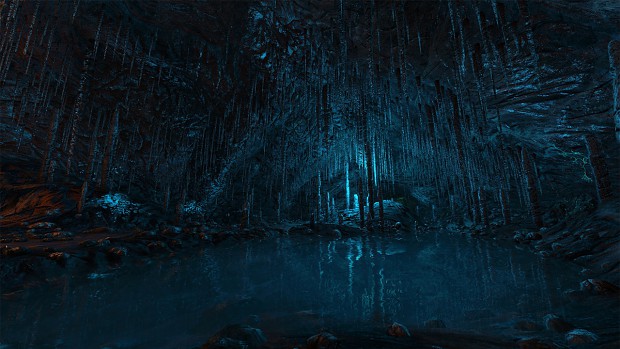 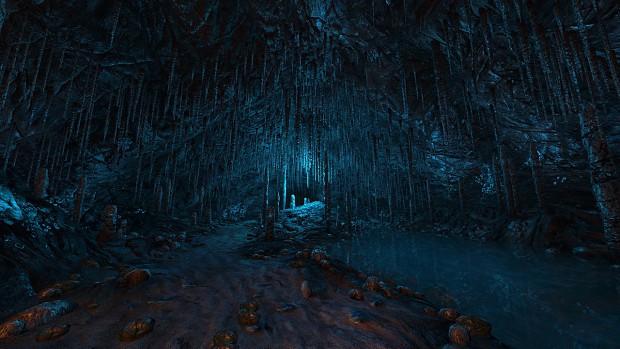 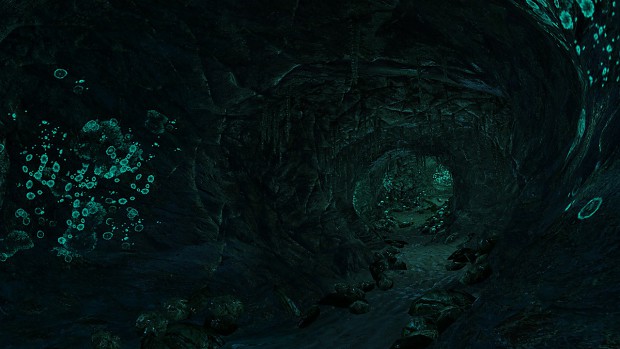 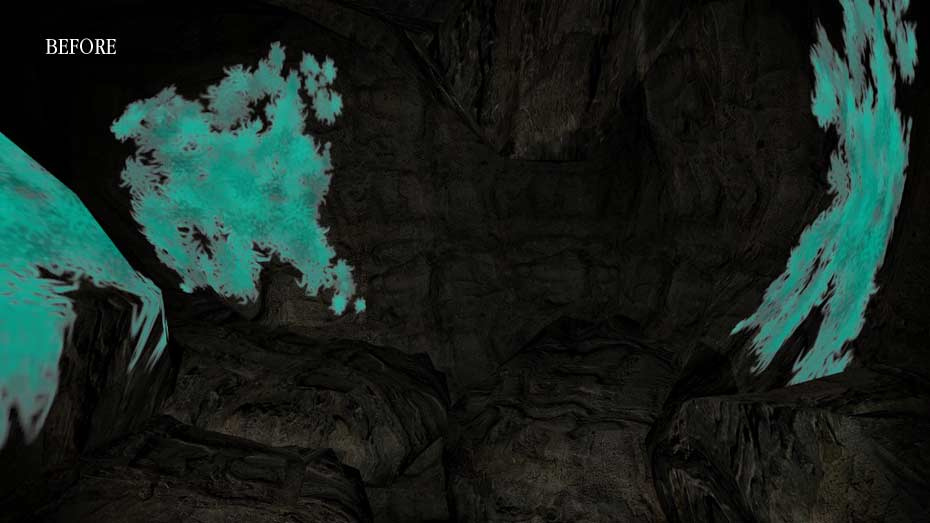 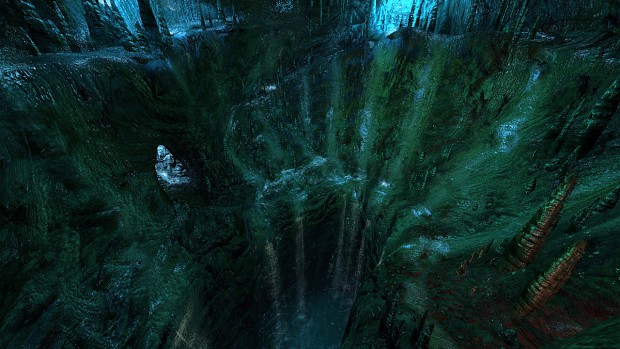 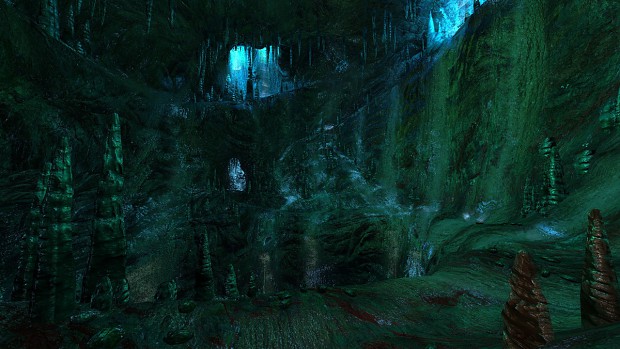 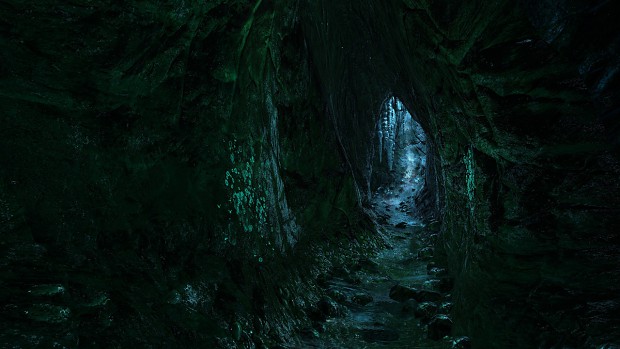 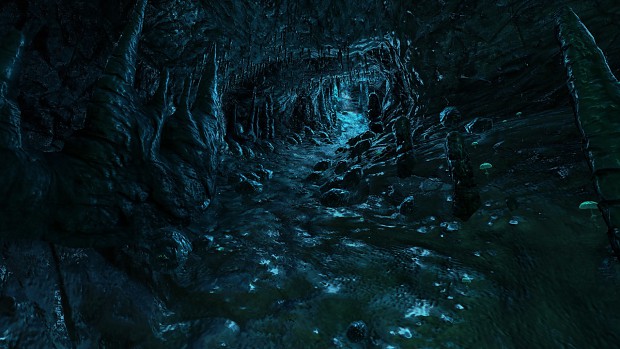 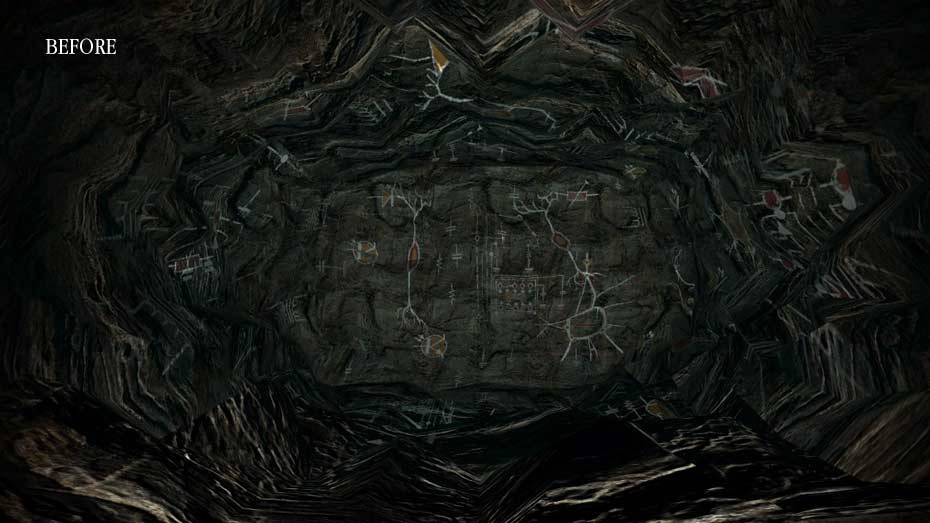 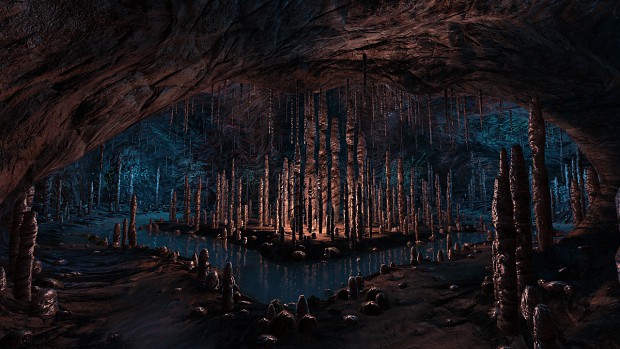 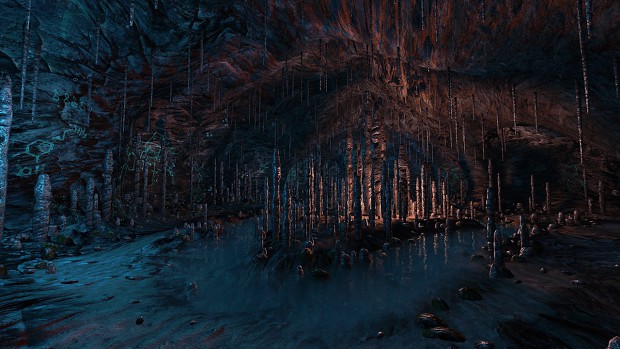 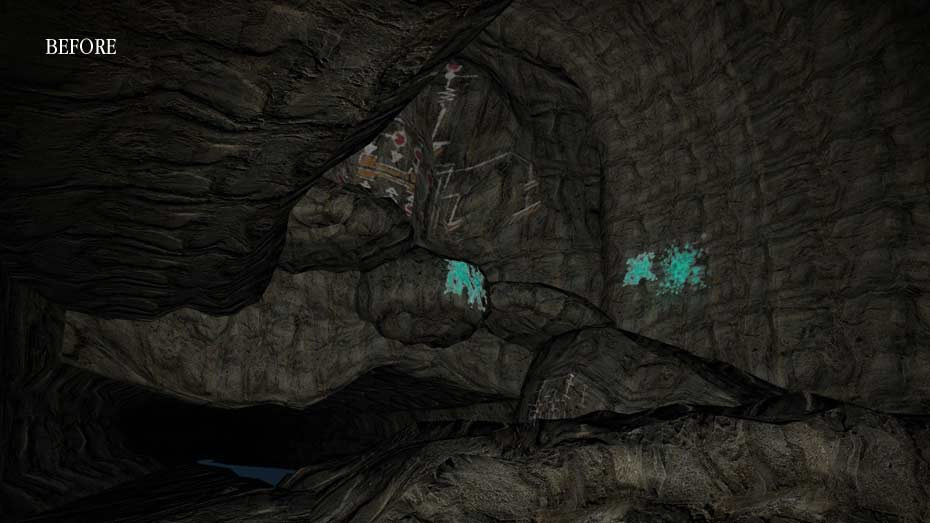 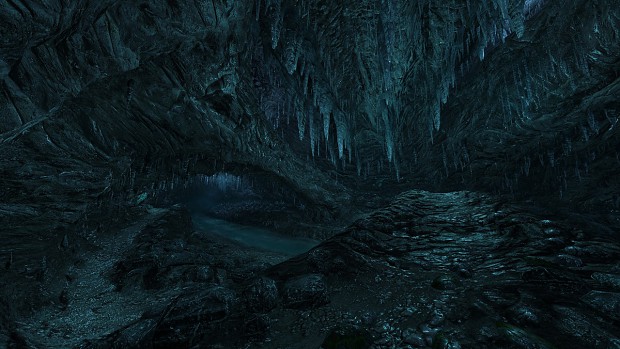 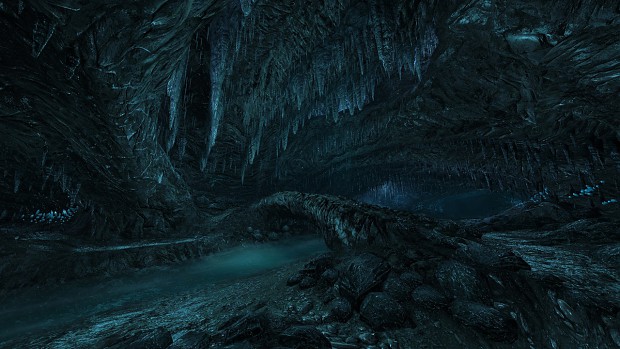 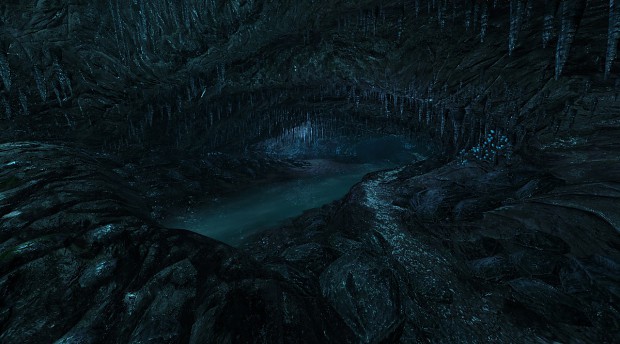 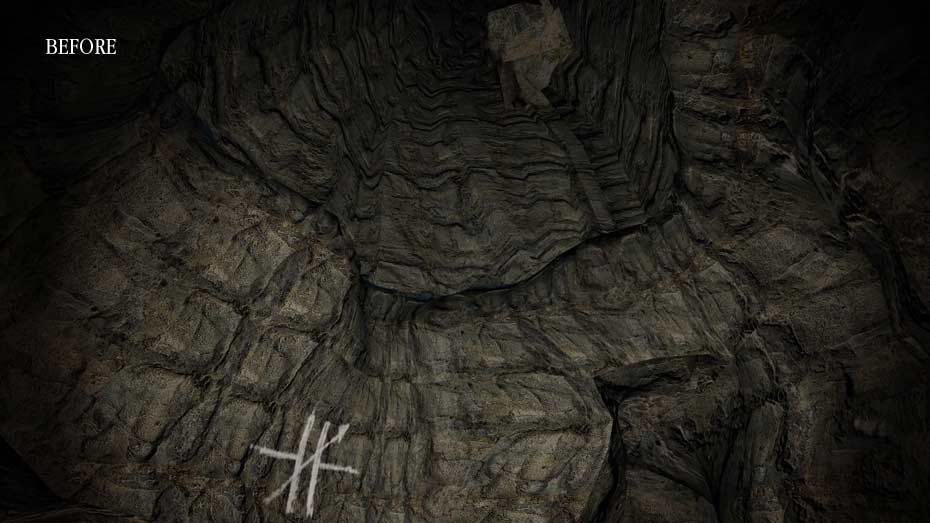 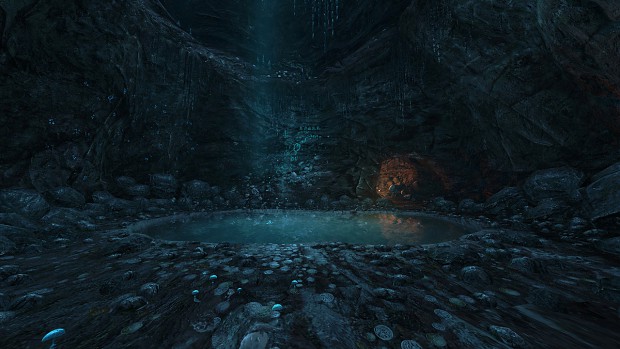 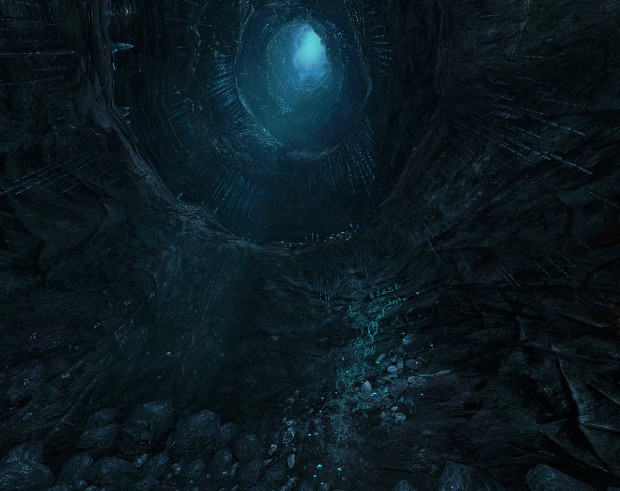 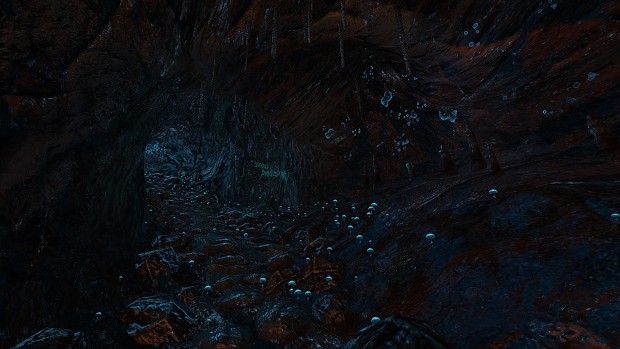 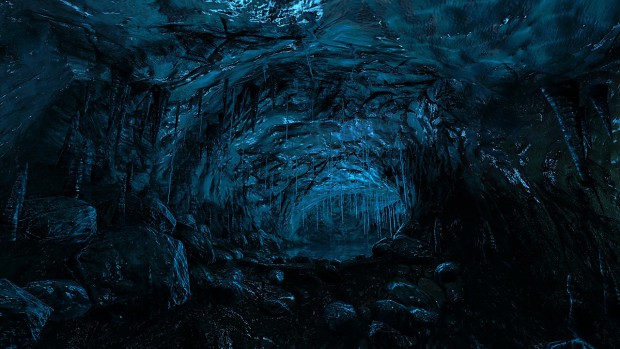 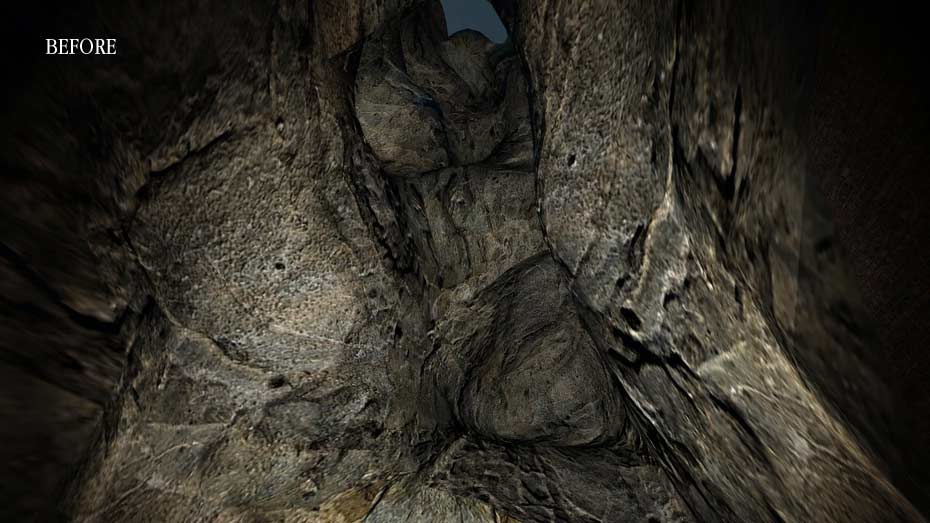 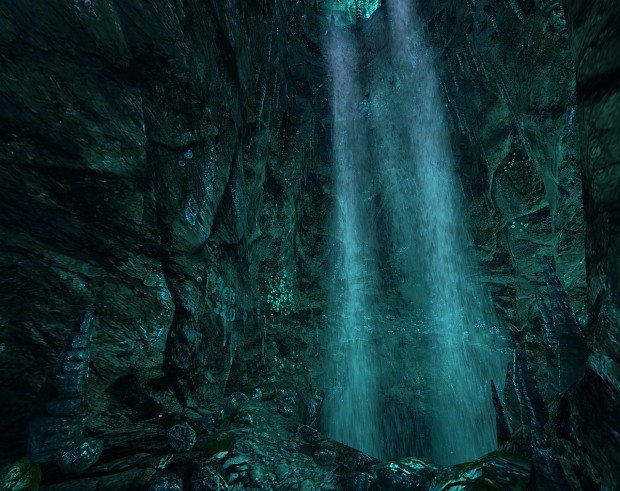 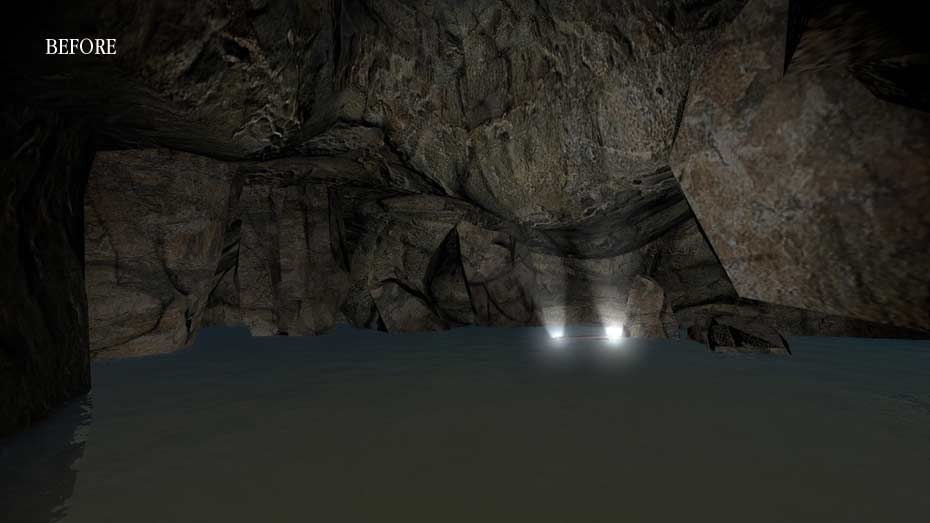 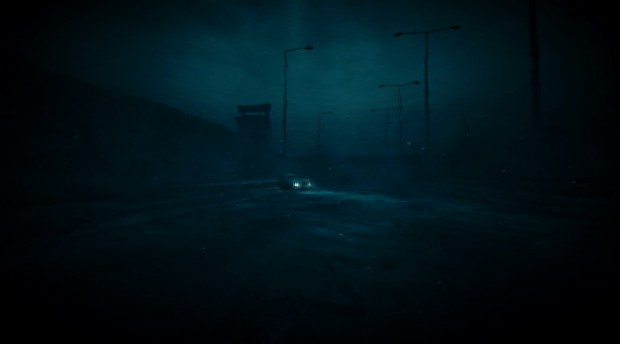 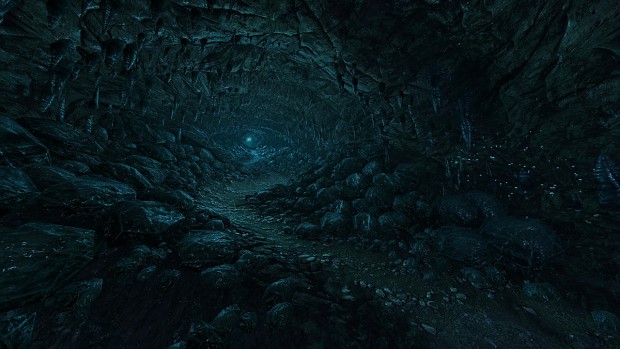 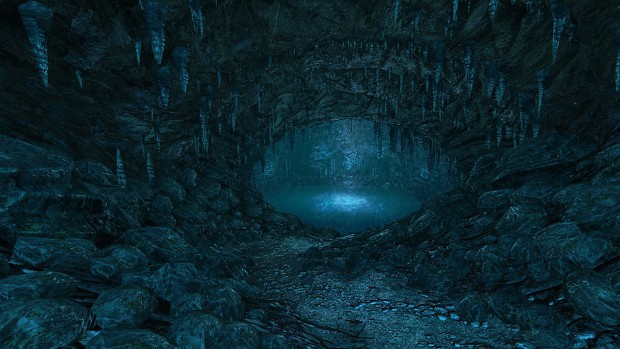 It's been a tough journey on this one, both technically and creatively, with so many unique assets being made and pushing the 2007 Source Engine to its limits to meet my high standards, it took me a lot longer than I predicted to finish the level (hence the abnormally long absence), however I'm so close to finishing now I can almost taste it and I can't wait to get started on the next (and FINAL) level!

Anyway as an added bonus for waiting so long, I've compiled a quick montage of the third level, and also showcasing some of the many effects that has been added/hacked in such as realistic flowing water and caustic effects.


For more media, including high res wallpapers and a HD Youtube video head on over to my devblog!

I cant believe its Source! Its all in the artist, dont blame the tools!

Tools have metter too (in the question of time), but I agree all stuff is in the artist hands... +1

People say this a lot, but this literally redefines the boundaries of the Source Engine. Next time someone complains about how the engine is outdated and useless, I'm going to link them to this.

Mapper and texture artist. Not plural. It's one guy doing this.

Yeah. It's just Rob - all credit goes to him. I'm still scraping my jaw off the floor as we speak... (dan)

I am completely and utterly awestruck. It is not an understatement at all to say that it is phenomenally beautiful.

"Lacks proper polish?" Whatever you say, man. If you can make what you've already done in these pictures look any better, my eyes are going to explode. I feel compelled to donate money to you. Seriously, I'm starting to feel like I won't be able to play this with a clear conscience without giving you like 10 dollars. It's obvious a lot of work is going into this.

Um...This is by far the most amazing environment I've ever seen on the source engine. Valve could even learn a thing or two from you guys =D

Oh what a beautiful surprise on my birthday!

The amount of quality and detail Robert has put into remaking Dear Esther is astounding. Bravo as always. :)

I have never seen anything so amazing, done on Source! FANTASTIC JOB!

If this is not epic, what is?

I seriously need a new PC to run this mod!!! awesome work!!!

Holy salt and pepper, batman ... This is awesome stuff!

Add a couple of zeros to that, and you've got a more accurate number.

beyond stunning best source work I have seen

oh man that's so much nicer than a stupid cinamatic mod

that is so incredible! You guys are modgods!

Simply amazing, I didn't think this was even possible with Source :O

are you planning to do some kind of "making of dear ester" once you're done with the mod?
just to give the rest of us the chance to improve and learn from a true Master.

Truly remarkable. I'm in love with it.

Wow this is just pure awesomeness, are all the spikes low poly models or so?

You should stop that project, it isn't good for your health.
No, really, if you don't stop, you can expect god himself to come down to the earth just to stomp you under his giant fist due to such amazing works, which are questioning the existence of god.

Stunning, absolutely stunning! As the mapping and as a result the game play were the only areas not on par with the high level of quality of writing and sound in the original, I`m looking forward to play Dear Esther again in its new perfection! :)

HOLY SHIZZLES!!!! It doesn't look like the source engine at all! I bet even Valve didn't know it could look that good!

There are absolutely no words to describe the beauty gracing my eyes here.
If the sounddesign is on par with the graphics, I might die from awesome overdose.

This looks like a commercial game. No kidding. This is stunning.

oh my god that is pretty