Within 10 days we modeled, textured, placed models into map, terrain & textured, TOD and optimised.(though i have cheated as i created some of the models before this time lol) This was for the default untouched look of the city.
Then, the few days after, we added military props to the city, for the current military storyline that we are going with for the first release of this map.

Version 1.2 of the City Assault map, with cutscenes, alternative gameplay and multiplayer maps can now be downloaded.


Please vote for use at Moddb City Assault

Screenshots of New features: as well as the original City Assault mission and new cutscenes, the biggest new features include 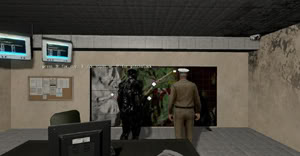 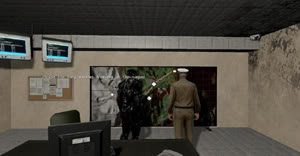 Opening cutscene shows the General talking to Nomad, where the General will then ask what time of day you would prefer to play (as seen in previous screenshots), and how many marines you would like on your team. Onscreen prompts will allow for you to make your decision, which will then affect the rest of the game. 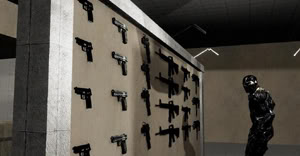 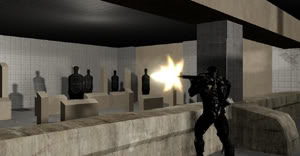 In the same area that the General spoke to you, there is also a couple of walls filled with guns, for you to test. There are a number of targets set up, and if you press the button, you will have 30 seconds in which to shoot as many targets as possible

Version 1.2 of the City Assault map, with cutscenes, alternative gameplay and multiplayer maps

21 City Props made available for download, for use in Crysis

Environment trailer for the City Assault level - Gameplay may vary

This mod from the City Assault Team is more a map than a stand-alone mod. It was designed to showcase the features of new AI.

custom G19, M16 and MP5n for Crysis, released as a .pak file to play in Crysis campaign or Mods

Release After a month and a bit of development time, the City Assault level is now ready for download.

This is so amazing! i love this

For some reason almost all of the crissis mods i have dont work, including this one.

patch the game to 1.2 and it should work fine :D

IF you could set the initial choice on number of marines selected via any number instead of number pad (because many people using laptops don't have em!) would be great. I had to connect my usb keyboard everytime because the save function doesn't work properly when you reload in the base. Not sure whether restarting Crysis will solve the problem but great mod.

well, watever i say must be timesd by at least OVER NINE THOUSAND! and so, the mod LOOKED amazing, but i cant seem to make it work. it says error, then some long number, then no disk. as if that makes sense when i hev the disk version. and the disk in. so, if you could help me, message me, or sumpin. but, amazing looks, my friends works, and i watched that. amazing is all i can say. times+9000

Small issue... after DL City Assault for Crysis SP 1.2 from crymods.com, instructions say to either run the .bat or through the ingame loader. There was no .bat file in the rar and the ingame loader doesn't recognize the file. It was a CityAssault.cry file.