1982. Hungering for revenge, the Soviets launch a full-scale invasion against the United States of America. The Allied primary defense network is shut down under mysterious circumstances and the only thing between the Soviets and America is a tiny little ocean. The third Great World War begins, where the strings are pulled by a single man - a remnant of Stalin's psychic legacy. This war begins anew. But at this moment suddenly appeared hidden enemy who called the Brotherhood of Nod, headed by Kane. Getting Nod attacked the city, but soon came to a full-scale attack to the spread of Tiberium. The threat of the two parties, the alliance created organization Global Initiative Defense for protection from enemies and Tiberius. But soon realize that there are other parties who hide in the darkness and waiting for the right moment of the day take over the world or revenge. 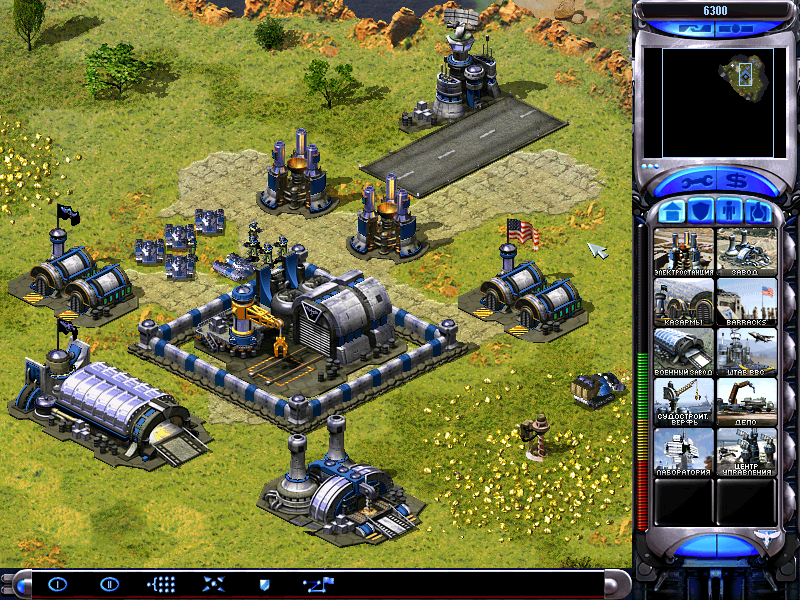 Above the work I scored a long time, but still decided to go back and continue. And as it turned out, it was not easy to make a mod. A lot of mistakes, and enough problems on my head. Now the working on the Alliance is not completely finished. But I did not want to talk this, but me need advice. It's all for today.

Five months of absence, has finally come to upgrade or reflections on the decision: To continue or cancel once and for all!

In this post, I decided to think about plans for the development of mods and other things. And in the last post, I too hurried events in terms of mod...

So familiarity with the mod Red Alert Black Dawn and also plans for the development of the future. I would like to present you this post.

Not very original mod this and is made up of nothing but public assets, author himself has yet to show a single own new asset to give it something custom... Renaming consortium whole army to globaltech (globotech...) is hardly creative move. If you copy one, don't copy another influence so clearly.

Besides this mod is seemingly wrongly under RA2 here when it should be Yuri's Revenge judging by yuri's wall.

I have to agree here, although these are some quite nice assets, it's nothing much new. However, I disagree with your point on public assets; they can be used very effectively. But to Twilio: I suggest you focus on a little originality in your mod, it's rather lacking currently.

ApolloRS Thank you for your opinion!

All we're asking is if you take our pictures at least put a note in it that you took it from where you found it and was made by who.

TL:DR
We want you to put credits where needed.