A very long overdue patch to the very buggy Crazy Mod Version 0.5, the Version 0.55 mod fixes bugs that broke the campaign, made units ineffective at what they should be effective against, or had other negative consequences on the mod. It also adds a couple new units for you to play around with until I finally finish the Crazy Mod 0.6 release. Click Read More+ below for installation instructions, bug fixes from earlier versions, known bugs in the current version, and more.

How to Install:
1.) Download and install the Crazy Mod version 0.5 first. You can get it here if you need it.

If you cannot find your Zero Hour folder, here's a quick way to locate it: (For Windows Users)

3.) Then just run the game as normal. To uninstall, just delete the 00CrazyMod55.big file, as well as the CrazyMod.big file of the previous version.

Instructions are also in the Readme file included with the mod. 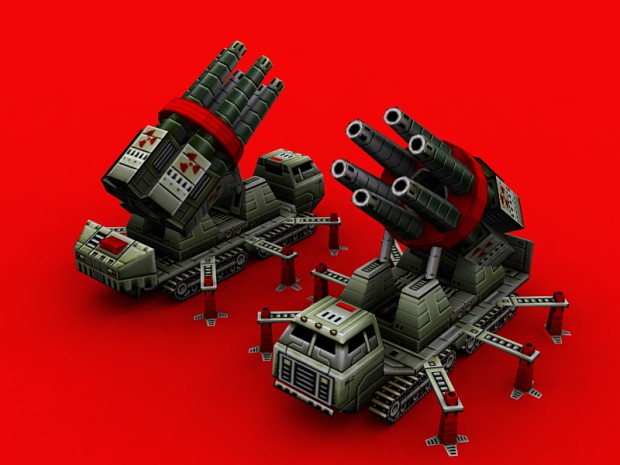 This made my day.

It is uuuuuuuunbelievable! Finaly it happened :D

Found a bug - The Gattling Nuke Cannon's barrels don't spin when force firing... All six of the shells come from the bottom barrel.

Gah, after playing around for a bit with the GNC, it was working for a bit, then the barrel stopped spinning altogether.

Oh, and in the description of the GNC, it says it fires flips of 12 shells. Sorry for nit-picking :(

This indeed made my day !

the gatling nuke dosent turn it only fires from one cannon

The gattling nuke doesn't rotate its barrels, MiGs are flying backwards (perhaps on purpose, but I don't think the idea is good) and I cannot find some units (like the Uberlord).

IIRC, the MIGs were made to fly backwards on purpose.
The rest of the new units will have to wait for Crazy Mod 0.6.

dang i was realy exited there for a moment

Hey owner of this mod when will u be coming out with more of the mods. some of this stuff looks sick and i rllllly want to get the full mod! dude if u reply tell me sooon cuz i NEED TO KNOW MAN!

How would he know. He has a life too.

i cant see the mod units when i play can someone help me out they function fine but u just cant see them??

Im so excited for version .6, i laughed my *** off at all the units in .5, hope this mod isnt dead and great work

Don't expect v6 for a while guys.

but they can wait for it in here:
Moddb.com

Why not improve this mod your Crazy Mod be quite as as pictured and as is shown in your videos that just has such enhanced just such an army and it ... And you Gets mode and leave it in half .. . What is the way to do so and let go so say not finalized