A personal project I've been working on, inspired by all the ideas I had for modding Call of Duty back in my high school days. I'm aiming to add in all the new stuff from United Offensive alongside some changes of my own, while still keeping the same feel as the original Call of Duty. New weapons, changes to NPCs and vehicles, and all sorts of stuff like that.

I'm really not trying to add a whole lot of stuff that changes up the game too much.

Vanilla Enhanced - what is it?

Hi all! This is my first mod for Call of Duty (and my first mod posted to Moddb), so this is pretty exciting. I've been a big fan of Call of Duty since I was young- I played a lot of the first game in high school, and when I saw it was on sale in Steam, I picked it up in the Warchest with United Offensive and the sequel. Playing United Offensive on Steam was actually the first time I played it, and afterwards I was pretty impressed by just how much GMI had done and built upon the base game. 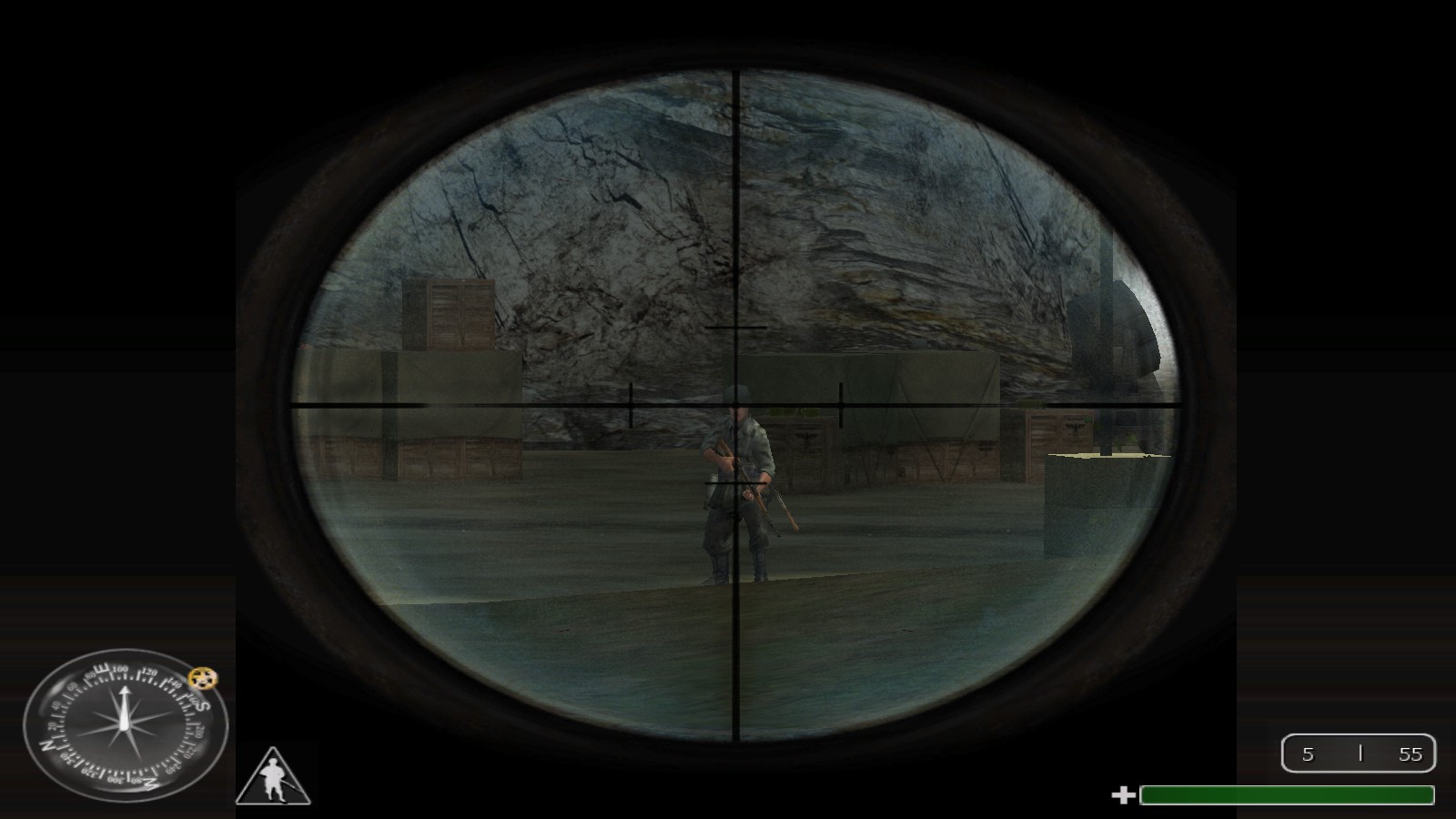 That's when I began thinking about adding United Offensive stuff into COD 1, and well, here we are. I used to love messing around with the AI in Call of Duty, and I spent hours messing around by giving them different weapons and whatnot, but I feel like this is a bit of a step up in that regard. I've spent some time working with COD 1 and it's been a pretty fun learning experience, finding out how everything worked and all the things I could change, all the silly comments left over in the code (Foley is too cool for MG42s), and most importantly, why rock is commented out in _treadfx.gsc (because whoever was working with that never bothered to find out why). 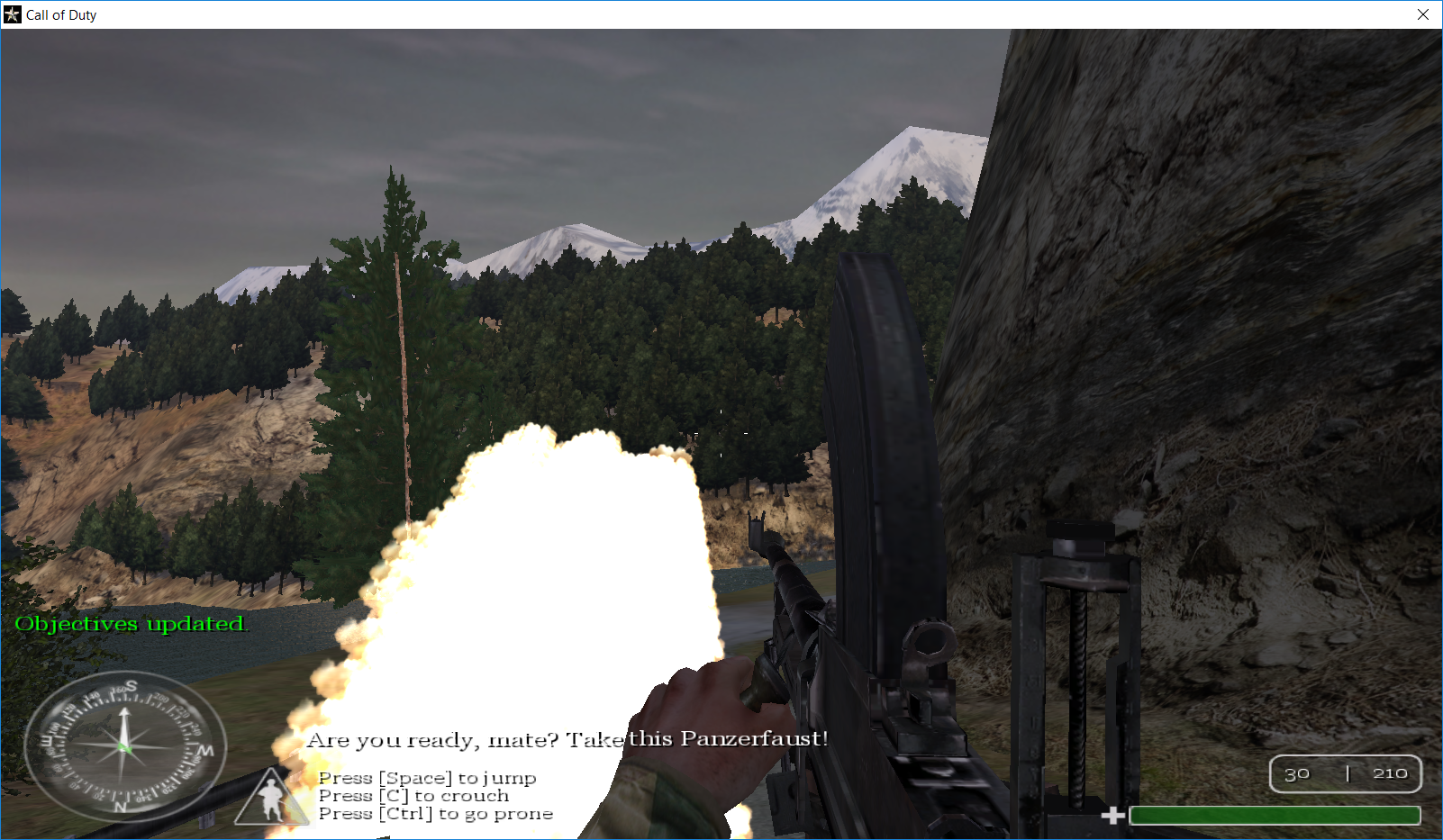 Going into this, it was a bit of a surprise to learn just how much stuff had been added in United Offensive. There's the obvious things of course, like all the new weapons, but also some things that impressed me like the fact they had redone all the effects and made new ones for each individual weapon. 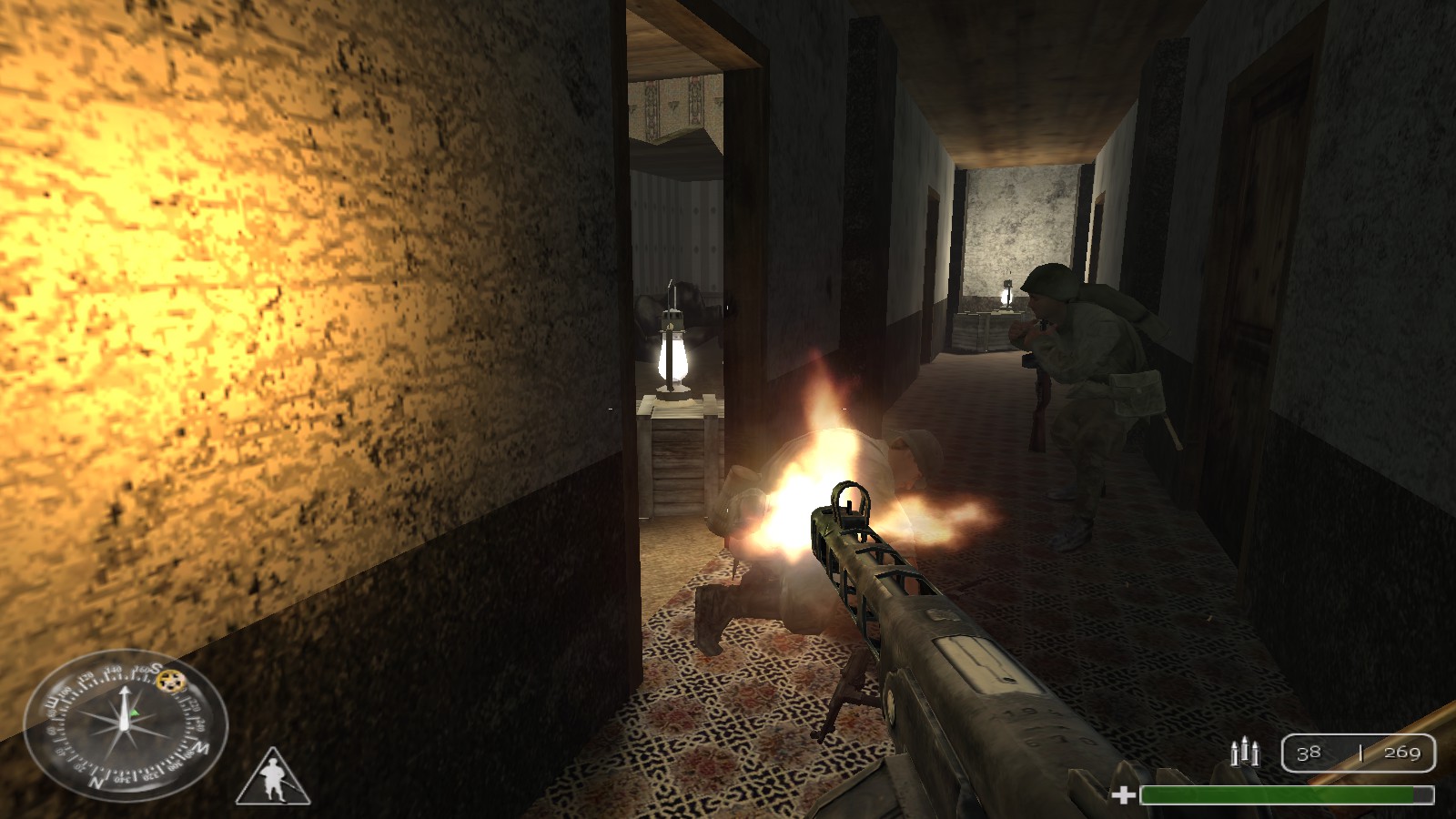 The more I learned about Call of Duty 1 the more ideas I had for things I would personally had liked to see in the game, and this is the result of that.

What I'm really aiming to do with this mod though, is to provide something that adds in new content to spice up gameplay while retaining the simplicity and the feel of the original game. I didn't want to make too many drastic changes (and honestly I don't have the skills to do so even if I wanted!), and I'm pretty happy with what I've got so far. At first I debated about whether I should post it here or not, but I think I'm at a point where I can show off what I've done so far.

That's where I turn it over to you guys. I hope at least some of you are interested in trying out what I've done, and I also wonder if there is anything more you'd like to see implemented that still fits the general idea of what I want to accomplish with this mod. I think I'm about done with it, but I'd like to see if there's still anything I could add.

Due to hard drive being wiped, mod is pretty much dead

My laptop recently had a bunch of issues and wouldn't boot up, so I was forced to reinstall Windows. The mod is gone.

You will change the German winter uniform, an example and the mod Call of Duty: United Fronts;https://media.moddb.com/images/mods/1/31/30147/shot3078.jpg

Interesting concept, I was considering doing something like this myself at one point, but never got around to it. It's good to see United Offensive improvements being added, they definitely add just a little bit more to the base game. Patching the inconsistencies as well (Price/Waters uniform, view model hands) is a nice touch.

As for any sort of requests, if you get the time, or if it's possible.

*The switching to pistol during combat is interesting. Not sure if your implementation does this already, but it would be cool if distance to enemy was considered as well to avoid reloading, and then shooting at long range with a pistol rather than just reloading their main weapon. I think there's some existing code in one of the files that handles combat that could be used for that kind of effect.

*The names for Russian, and British characters also have rank included, rather then generating the name, and rank separately. Separating them and using the same rank generator that's used for American characters I think is a good change overall, and results in more rank/name combinations. You can also put a check for certain models, or helmet models (i.e Soviet recruit caps, as you've added recruits in all missions) and guarantee them the rank of private, or as such. I've done this sort of thing in my personal small list of changes, but I think it might be of some use to you if you choose to.

I look forward to trying this mod out, will definitely give me another reason to play through Call Of Duty 1 again.

I actually already did all of the rank/name things that you mentioned (Soviet recruits are privates, NPCs wearing officer caps have higher ranks, etc), as well as expanding the roster of names for all factions to 200. Sadly, I recently had a bunch of tech issues with my laptop that ended up with my hard drive wiped and a ton of stuff, including this mod, unrecoverable. If the mod is to continue I'd have to completely recreate everything from scratch, and I just feel so tired and drained right now.

Losing all your work is ****, understandable if you don't want to recreate all that progress again. Regardless, good luck with any of your future projects if you choose to.

This guy still making the mod...