Caesar's Rome is a mod being developed by Outworld Studios. It takes place 60-45 B.C, shortly after Marian Reform of the Roman Legions during Caesar's conquests of Europe & his civil war against Pompey who represented the Senate. Armor (like the Lorica Hamata), weapons, and buildings will be historically accurate for the era. It will have a very similar approach to Napoleonic Wars in the sense of unit type for battles. Players will be able to choose between five confirmed factions; Caesar's Legions, Pompey's Legions, Arverni, Suebi, and Numidia.

Caesar's Rome is a mod being developed by Outworld Studios. It takes place 60-45 B.C, shortly after Marian Reform of the Roman Legions during Caesar's conquests of Europe & his civil war against Pompey who represented the Senate. Armor (like the Lorica Hamata), weapons, and buildings will be historically accurate for the era. It will have a very similar approach to Napoleonic Wars in the sense of unit type for battles. You will have the option of playing several types of Roman units such as, Legionaries, Praetorian Guard, Creten Archers, Velites, Auxiliary Infantry, and Ballista/Scorpion Artillery. Within each unit type, there will be unit sub roles such as Infantry, Eagle Bearer, Centurion (officer), Legate, etc. Some of the multiplayer factions include but are not limited to.

Uniforms of some unit types: 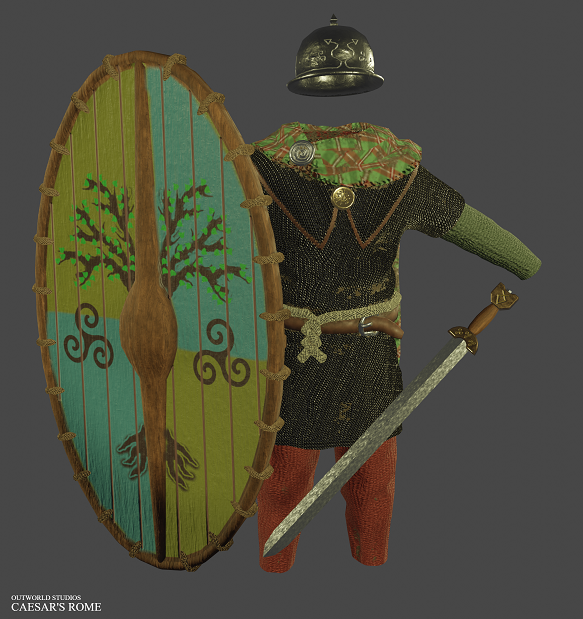 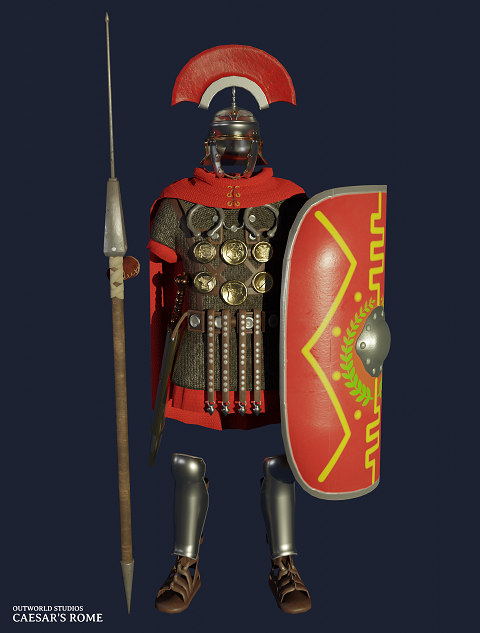 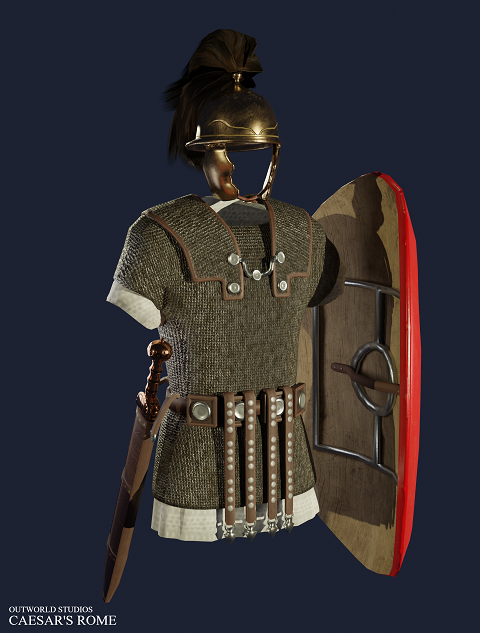 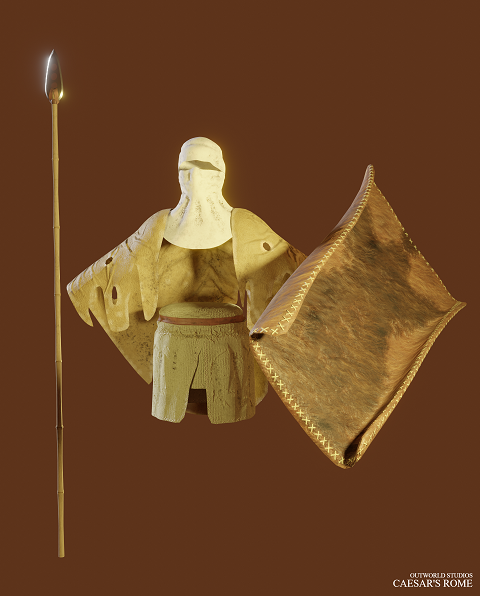 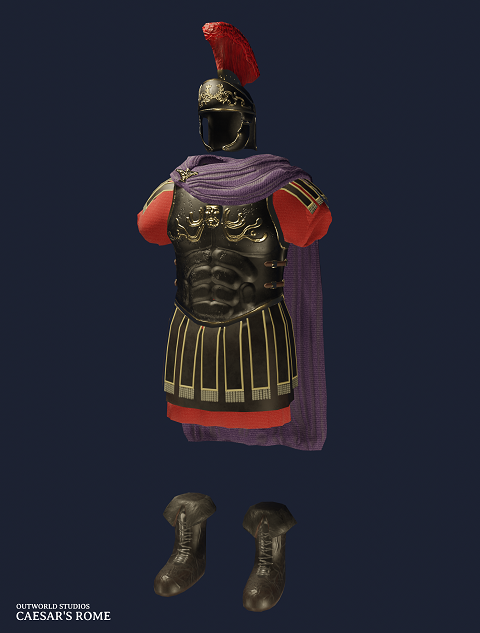 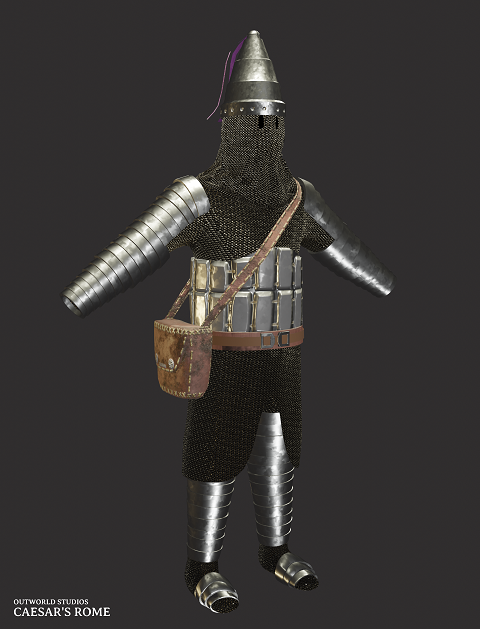 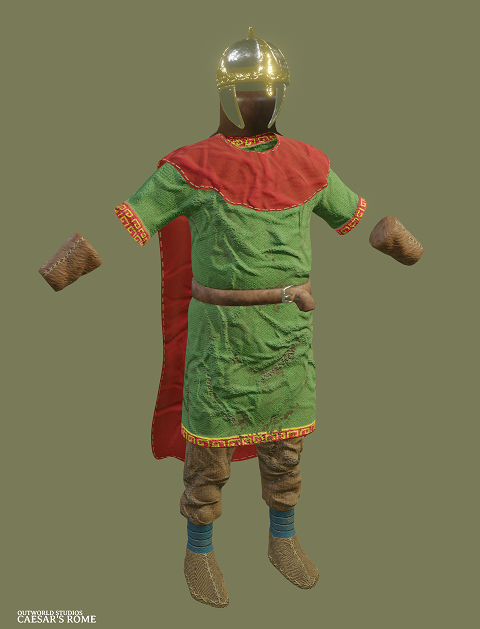 The idea here is to get players to use the mod in such a way that it's used in Napoleonic Wars for clan matches; such as getting players to form legions or tribes (like regiments in NW) to have multiplayer skirmishes & battles between each other where they can utilize roman formations & tactics with Centurions/Legates at command. They would also have access to some of the more barbaric tribes like Averni and Suebi if they preferred a more disorganized style of warfare.

The plan is to incorporate a small build mechanic that would help enhance multiplayer matches, in which players could build small fortifications like palisades much like the Roman Legions made use of in ancient times, to fight defensively. We also intend to make larger maps so that scouting must be used to locate your opponent. This brings us onto the maps.

We strive for historical accuracy, therefore historical battle maps will be recreated as such. Take for example the Battle of Alesia, it was a classic example of Siege Warfare, It was fought by Julius Caesar in Gaul against a confederation of Gallic Tribes united under leadership by Vercingetorix of the Arverni. He led a revolt on the Roman occupiers and his final stand was at Alesia. This is where Caesar famously built a double wall around Alesia to starve their defenders. But also to protect his flank from Tribesmen arriving to help. 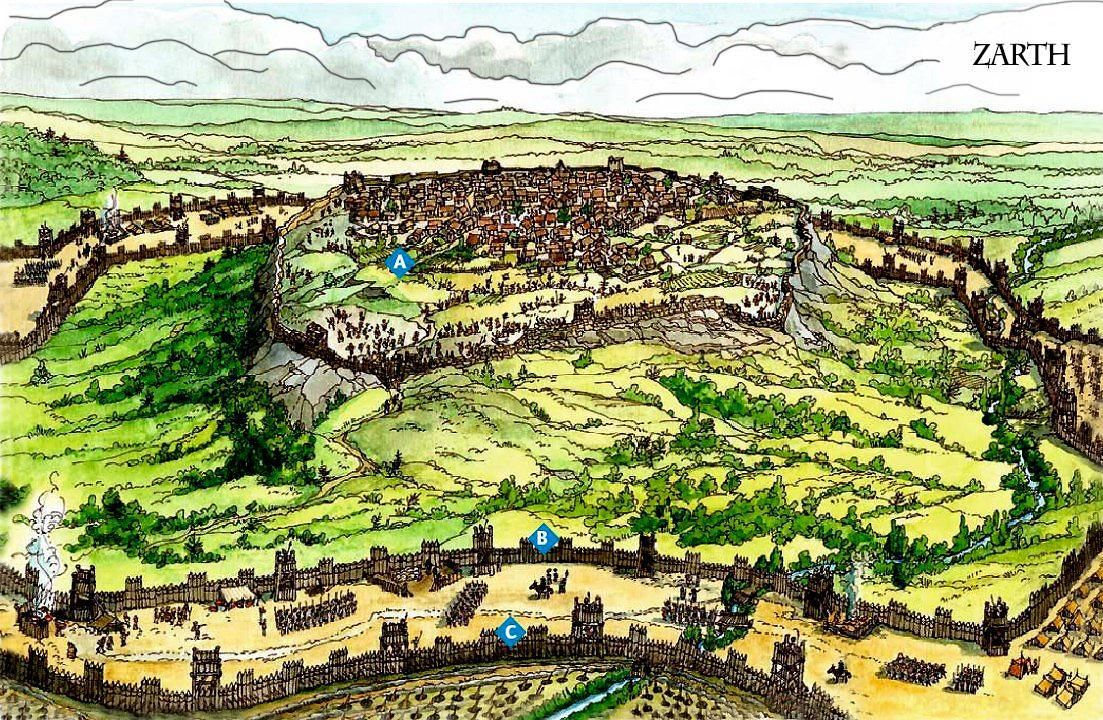 There will also be non-historical maps that represent generic battlefields of different theaters of war during the time frame of this mod. Expect to see large deserts, forests, valleys, towns, & cities, as potential locations for multiplayer matches.

Most likely, the first version of the mod will only feature integrated assets such as armor & weapons for player characters and mounts. So it will be regular multiplayer with Roman assets, until we make future releases/updates that gradually lead to a full release of the mod.

If you would like to follow the progress of my Mod, join my discord. I have a public chat & update channel to provide news of the development of the project.

If you'd like to support our mod, you can donate $1 on our patreon: Patreon.com

Parthian Cataphract Armor! Parthia will be an official faction in the game.

Announcing Numidia as a new faction in Caesar's Rome!

I think this mod is dead

is this mod still being worked on?

you're showing the augustinian legionary, not the caesarian. Caesarian legionary
troops wore the coolus Mannheim, just google it, also the republican legionary had a plate instead of the hooks that hold the shoulders together, the balteus was also later. a simple belt with plates on was worn.

Hey I was thinking how much will it take to make this mod. Will it be 2 years or one year?

I think it will take years, 2+ years

when we can play the mod ?

or is the file it has the super area

They could add the historical banners and insignia used by infantry and cavalry.

Since it is aimed around the years after the Marian Reforms have been enacted, I felt another interesting theatre, apart from the Parthians much later, could be an earlier look at the Mithridatic Wars and Pompey fighting against Pontus.

This would allow for the inclusion of Thorax troops, heavily armored swordsmen and spearmen using hellenic style armor weapons, while also containing persian elements in some of their styles, due to the mixed state. Could even involve Pontic Pikemen, which could be an interesting aspect to a multiplayer strategy, if there is no need to add factions such as the Seleucids in for the eastern theatres.

I recommend Divide et Impera, mod for Rome II for a massive inspiration on troops in those periods