Hi all and welcome to the first mod db post for Brawlers. As shown in the description, the game will be set after the first world war (fictional storyline). The game will take place within giant stadiums built to simulate the trench warfare environments of WW1. Each stadium will be constructed the same but will house different landscapes. As the game is dated after the first world war, the ,majority of maps will consist of trenches and no mans land. Each landscape will be created so as to mimic a real ,battlefield which includes natural elements such as trees, rain, snow, mud and grass.

The mod will include two factions that will be made up of three players classes each. As in Alien Swarm, players will be able to customize their classes weapon load outs. There will be an infantry class (offensive), a machine gunner class (defensive), and a commander class (support). All three player class concepts, created by concept artist Beau Brokop (www.beaubrokop.com), can be seen below: 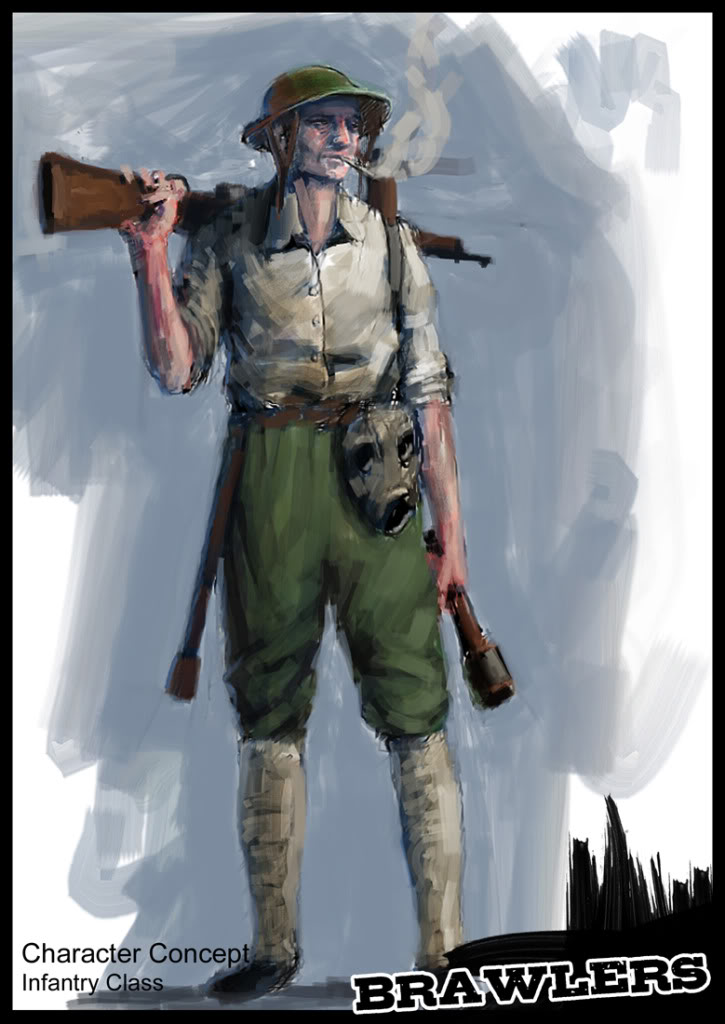 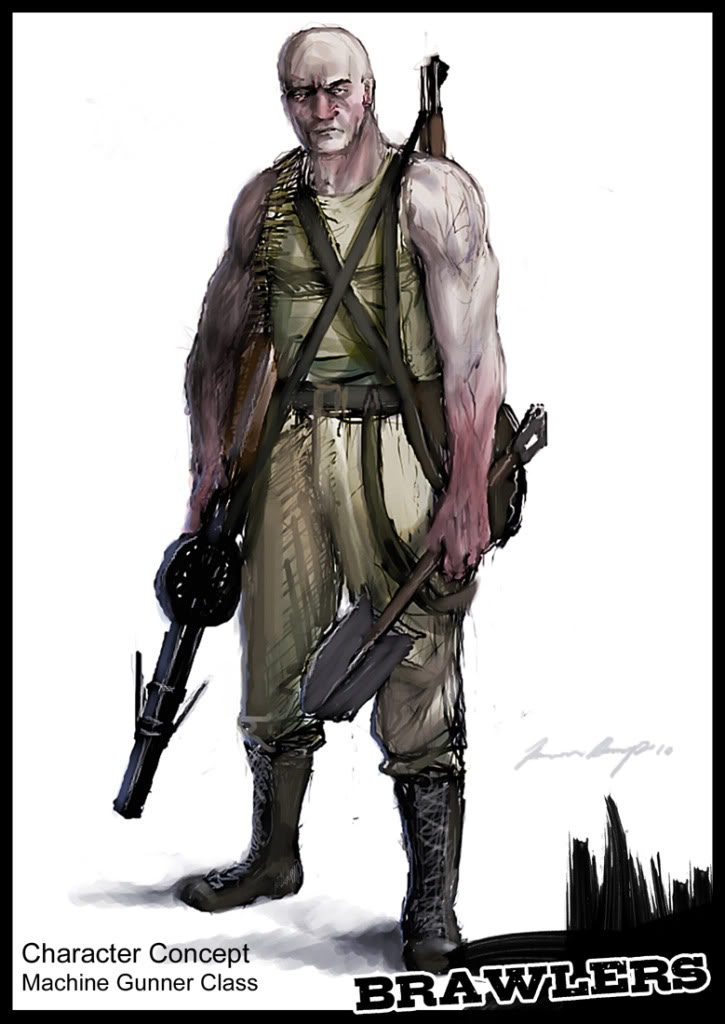 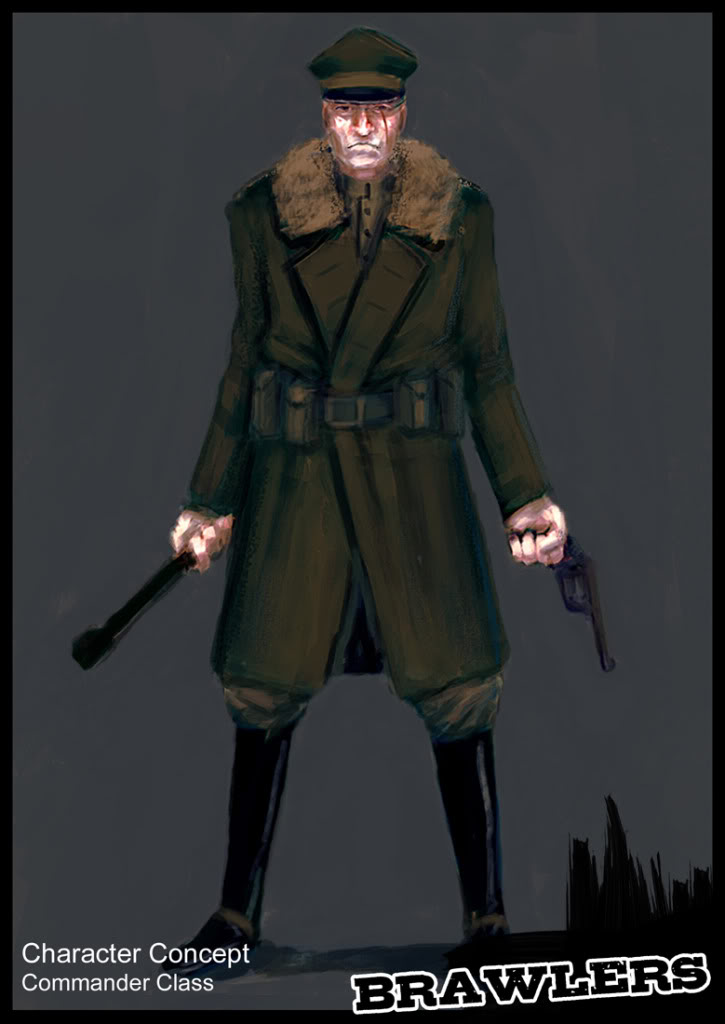 As for the environments, the levels will all be contained within giant stadium walls. What this essentially means is that the mod is not tied to any one theater of war. The fictional stadiums of the game, and the arenas within, can be changed to suit any environment. Seen below is a concept of the stadium wall and some concrete structures that could be seen within the stadiums. 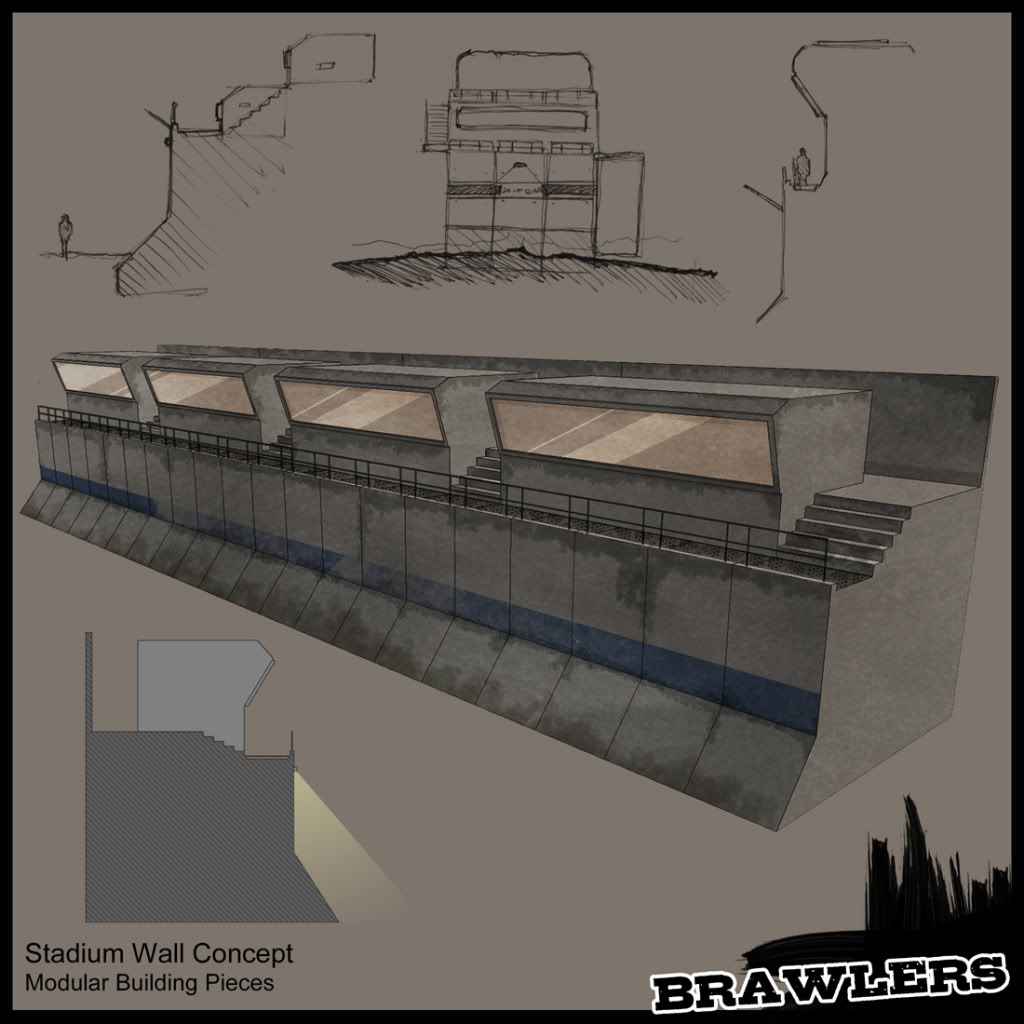 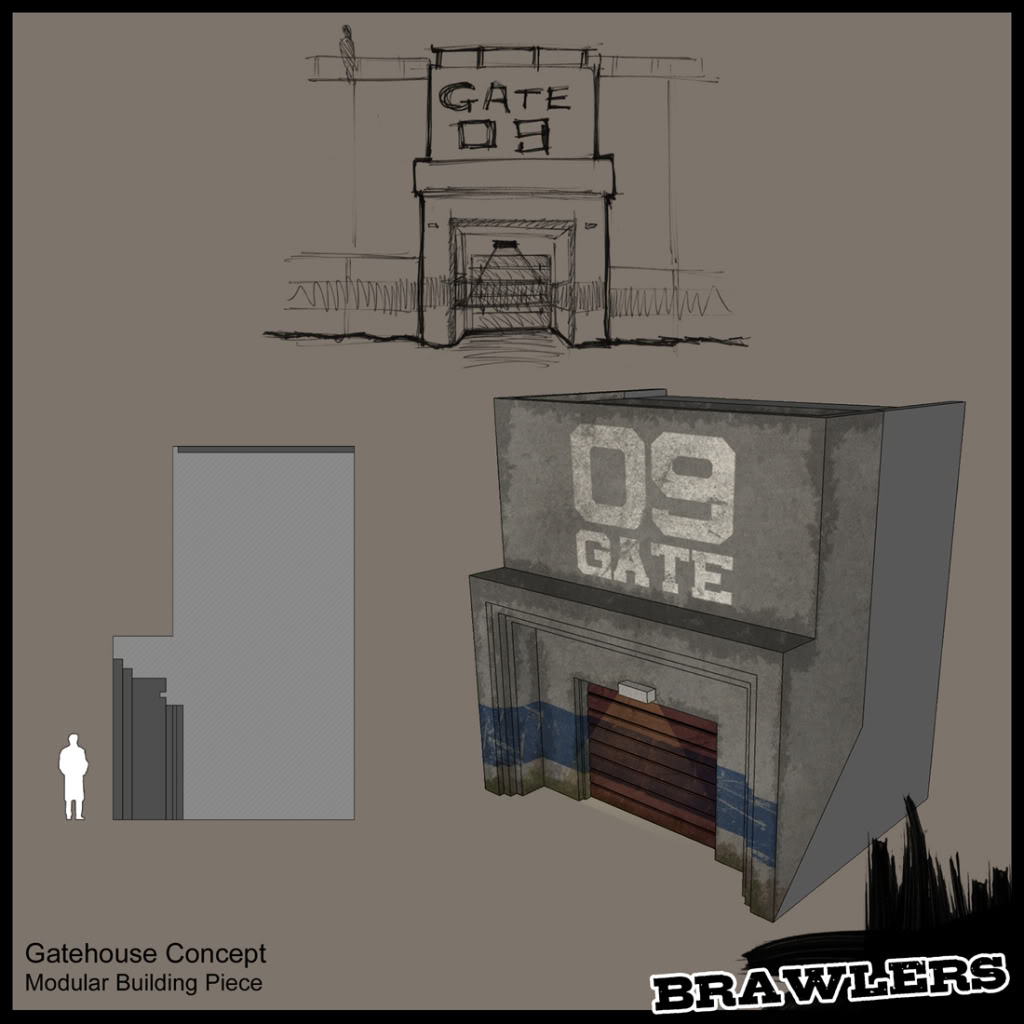 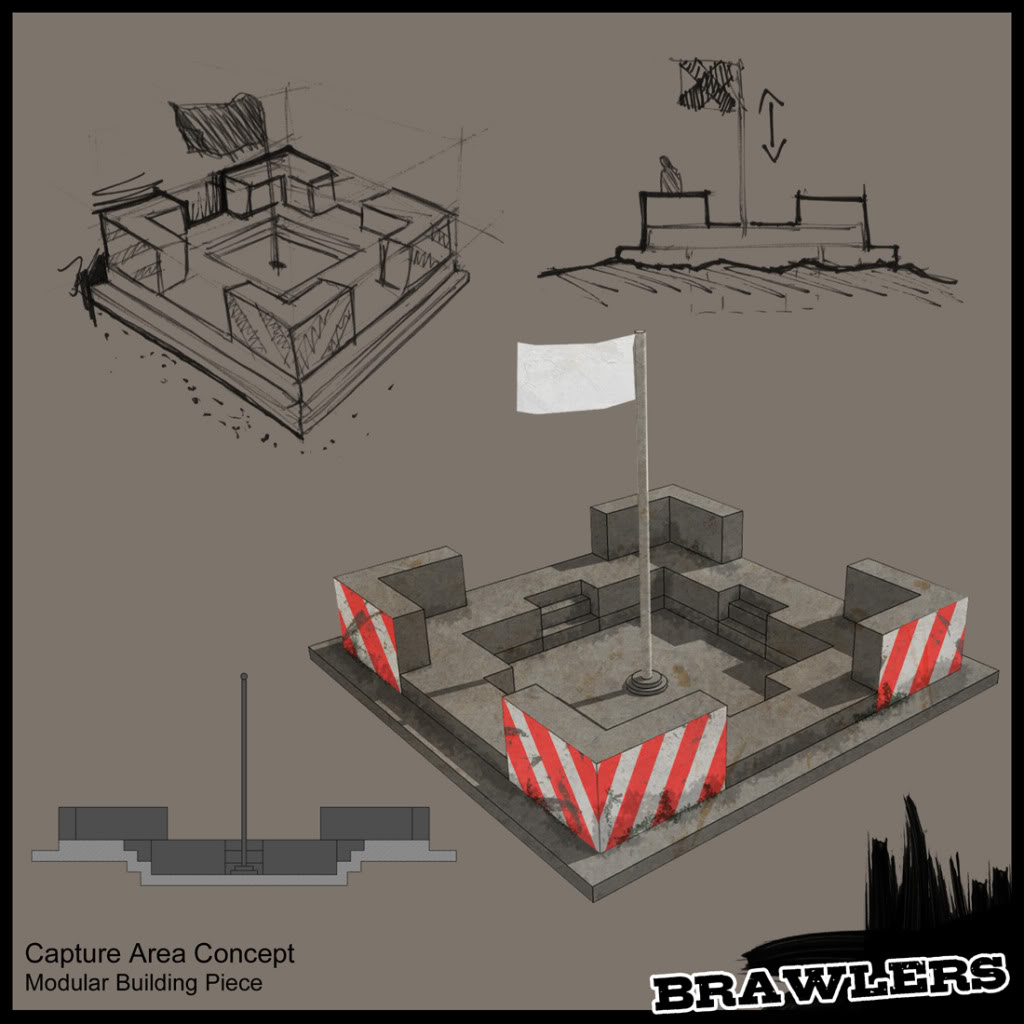 Stay tuned for further updates on the game. Next update I will discuss game play and other mechanics for the mod. Thank you for reading.

The game update features two new modes, all new weapons and cool, never-before-seen outfits. The website will also receive an update that will allow players...

somthing tells me this mod is dead, not just from the lack of updates. rather the fact that he posted another game to download on the front page...

but i could be wrong as it could just be taking along time to get concept art into game art.

This isn't a bloody alien swarm mod! This is a stand alone client you've got in the download area! Forshame!

just want to hear the words ACTIVELY BEING WORKED ON!

dudes, just cuz it hasnt been updated in 9 months doesnt mean its dead.

be patient, and maybe something'll come up. -.-

I take it this mod is dead? *sighs* Why does this always happen?

**** yes! i came to the alien swarm mod page expecting nothing but campaigns and see a ww1 mod (sorta) for alien swarm! ******* AWESOME

remind's me of a more serious version of tf2!

looks promising. seems like its gonna be some sort of a
modern colloseum, and thats cool couse I have rarely seen
that in a mod before :D

i only reply cus of your pics