The BNL - Eighty Years of War module for Mount&Blade and Mount&Blade Warband is a mod that takesplace in the late 1500's and the beginning of the 1600's in the region of the Benelux.

It will include the Eighty Years of War that was fought between the Kingdom of Spain, and the rebels in the Lowlands. For more information about this period, use the link in the Description.

The mod will provide the player with a new world map, new items, troops, quests but mostly an unique setting that includes a good story in the mod. Also new features such as artillery, naval combat will appear in future versions.

Also for more information and screenshots, you can visit our mod-board in the official Taleworlds (Developer of Mount&Blade) Forum, which can be found here.

The current release is the date we are aiming for to release a new beta, for both Mount&Blade and Warband. Warband then will have both Single-Player and Multiplayer.

There is no release date yet! This will come during the mods process or when we think it's done.

A more detailed explanation of this period can be found on this page. 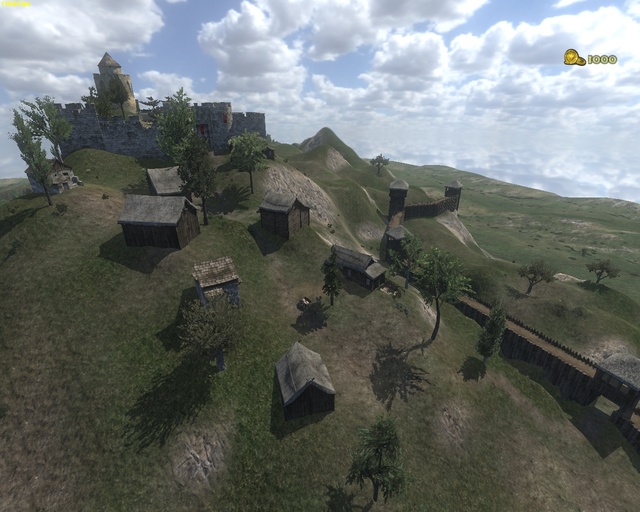 In this news item we will explain shortly we have been up to the last time. We didn't much progress reports or screenshots, so we hope we can show you...

The new version for the open beta has been released! V0.2 has been uploaded today to the Moddb download section of our mod! In this version we mostly...

We are proud to present to you, the multiplayer open beta for the BNL-Eighty Years of War module! This module came with a lot of hard work and we are...

In this article we will describe some of our artwork, some news about the release date and also some of the music that will be included in the mod. Hope...

This is a patch that fixes several bugs in 0.21. You can apply these changes by unzipping the files from this folder, and paste them into your mod folder...

This is the patch for the old 0.2 version. Though it comes with the regular .exe installer, so you do not need to overwrite any files in your 0.2 map...

We are proud to present to you, the multiplayer open beta for the BNL-Eighty Years of War module! You can see this version more as an improvement of the...

We are proud to present to you, the multiplayer open beta for the BNL-Eighty Years of War module! This download is for WARBAND V1.134 ONLY!

This is the first public beta version that is available for this mod. This version appeared in November 2009, and from then, we are working on a new version...

Well, seeing how active we have been in the last months, you can guess the development died off.

I decided that I have not enough motivation (and time) to work on this anymore. I will however, release what we have for SP Warband.

I will converse with the team if we can release the MS files and all other resources, some someone can continue the development.

If you are interested on working on this, then let me know by a PM.

Can some one help me got a eror called commonRes/costumes_a.brf what do i do??And btw can u play on singelplayer?

Hmm, lots of bugs in the new map, the bots basicaly get stuck every where, there is not musket sounds in any of the maps, there is gaps between the boots and legs and the back of the castle is kinda floating in mid air...apart from that I like eet :D Not meaning to be a douche just constructive critasism!

Hey there, how will it be available on Linux pls?

I do not know how mods exactly work on Linux, but I think you can run the installer and install it in the Modules folder of Warband.

Mods can be installed by simply adding the folder in the Modules folder of Warband.

Why does that sounds familiar :P. Somebody said the exact same thing some time ago.

Very nice pics Jezze I'm glad to see some activity with this.