Bloodlines: Out of the Grave Edition

Welcome! This is an update of the Bloodlines project started by Felix Drott and many other amazing creators in the Blood and mod community of the late 90s. I (daMann) was a mapper back then on the project, and in 2018 rebooted the project as a fun creative outlet and have tried to include Felix as well as current modding legends like Dzierzan in it when they can to help out! This version has some updates to old maps, quality of life improvements that make installing and playing easier with the new modern source ports, and a couple of surprises here and there. There is also a raw upload of all the files, maps, etc. 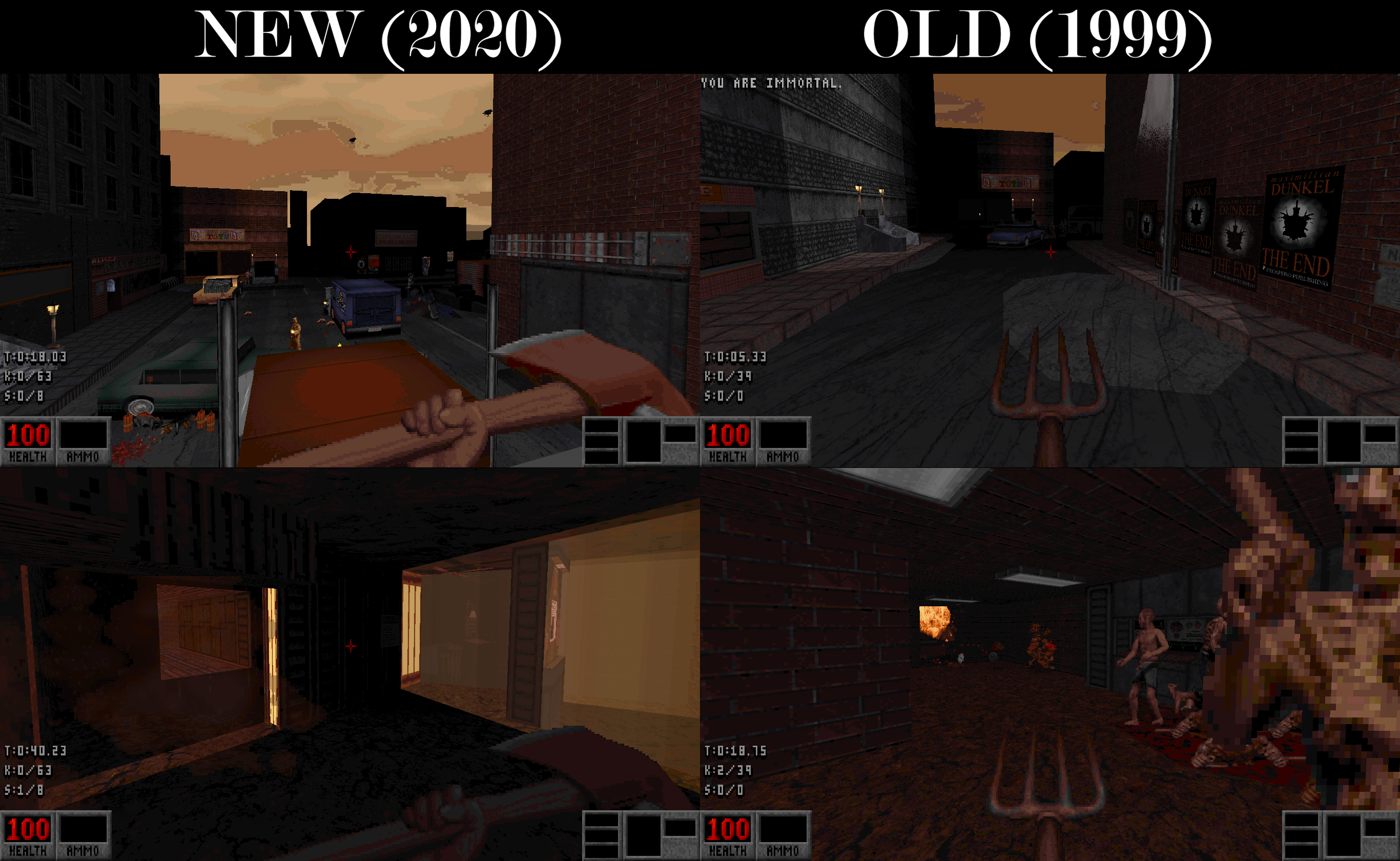 I have played alot of games between then and now, and their influence shows. I also feel more comfortable coming back to it and taking my time, trying to get things right. Dusk by New Blood Interactive has influenced a great deal my modern mapping tendencies, but there are other sources of inspiration as well and... just what is fun? 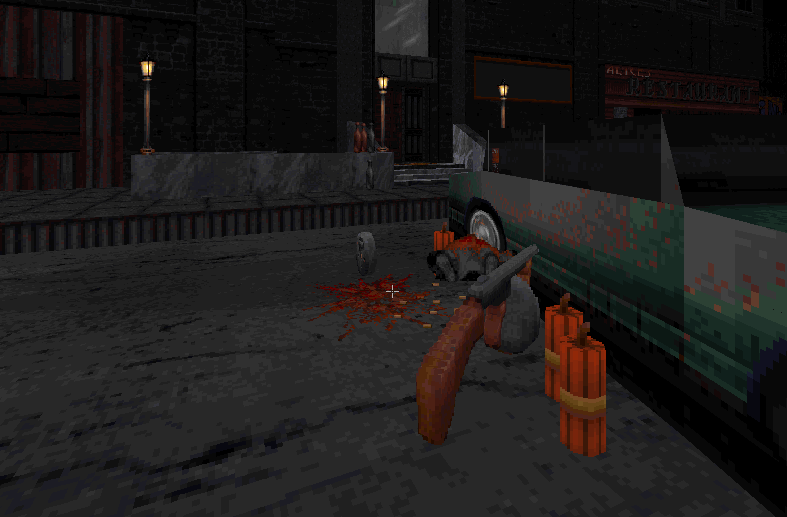 *In the 1.5 release, I did add a Tommy Gun and ammo to help make the start of the map easier. Originally, I hadn't done that, but with so many people today doing Youtube vids with "pistol/pitchfork starts" or in this case, "axe starts" I wanted to give some help.

*In my original map, I had way too many useless sectors, so I simplified lighting and cleaned up several errors I'd made and just blew by when I was so inattentive. This allowed me to add a ton more vehicles in the streets, including one that is More than Meets the Eye! :) 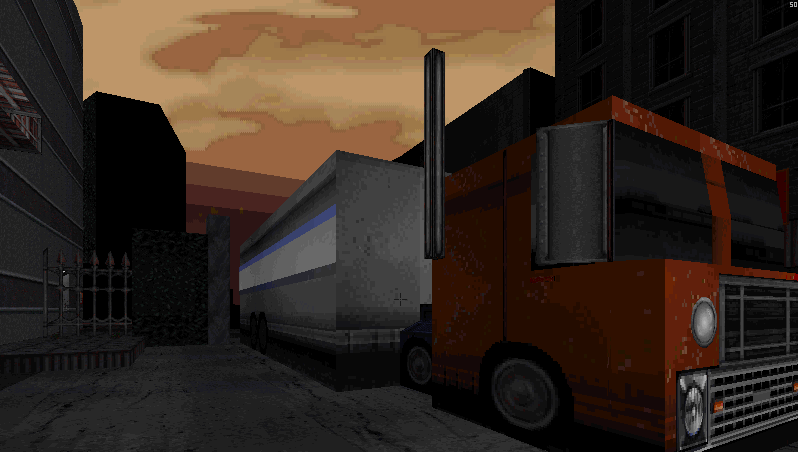 *I've also added a TON of exploration to this map, with a basement in the tenement apartments, a whole Subway section, and just really tightened the main direction of the map, too. 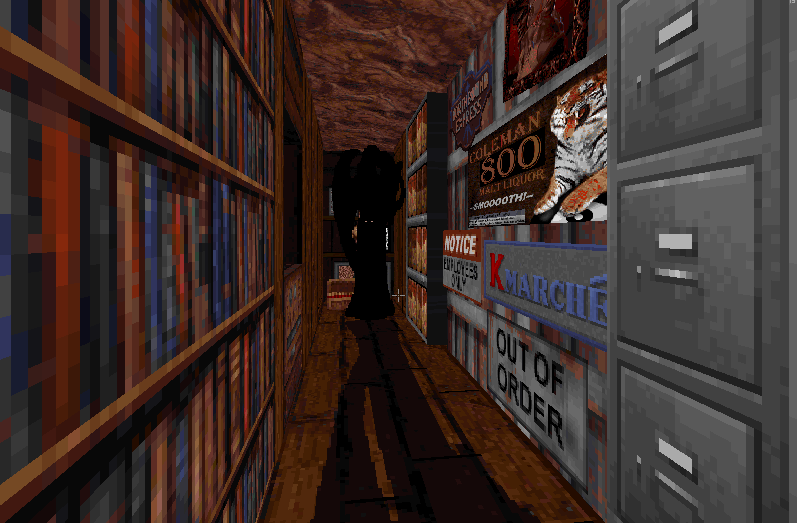 *I'm also far more comfortable adding tiles to the art lineup, and those show up, including the tiles for adding some lighting improvements like in Ion Fury, when appropriate. You can't abuse those for sure!

Can't wait to share this map and others with you in the next update.

FRESH SUPPLY Bloodlines: Out of the Grave Edition (version 1.5.2)

This version corrects numerous issues with the previous Fresh Supply version of Bloodlines.

An early version of the Cathedral map (e1m2) of the BloodLines TC.

Bloodlines: Out of the Grave Edition (version 1.5)

Compatible with GDX/NBlood/Raze version of the project.

So maybe I'm a complete idiot but I can't progress in the first map. The Crescent Moon key is behind a door that won't allow me to interact with it in any way. Is this a GDX error? Or am I just missing a switch or something?

Did you go outside and around the asylum through the other door? Up the managers office and activate the open all doors switch?

i honestly can't recall but i know i went outside and still felt lost ha. i will have to revisit this mod when i finish up Deathwish for sure because it seemed awfully neat.

Death Wish is the pinnacle of entertainment of map projects for Blood. I keep staying it then Bloatoid says he's making a new one, etc... So I'm waiting until he's done tinkering to completely jump in and finish it haha 🤣

That's some great feedback. I tried to in updating this map by another author, to maintain some of that "lostness" and wandering aspect... But yeah maybe some kind of direction would be great here.

My maps, I don't care about blowing them up lol... But I want to maintain original authors' intentions when and where I can.

so i beat deathwish and i really wanted to say thanks, i flubbed finding the managers office and eventually tracked it down. moving through the mod and having a great time!

one aside though, occasionally debris will be strewn across the floor that causes an odd "slip n slide" effect for the player. not awful but not sure it was intended?

again thanks and having a great time

I want a separate weapon plug-in

Hey there@! If you can give me a bit more info I might be able to help?

What are you referring to?

Separate fire axe weapon file, I want to take this axe to another map, this axe is much better than pitchfork

the axe in this mod is very cool though too

Single Player
Tags
Embed Buttons
Link to Bloodlines: Out of the Grave Edition by selecting a button and using the embed code provided more...