Quite much time has passed since previous big news from Blood Omnicide. Winter has gone, then spring and summer begun. Nosgoth is a dying world, but seasons still make sense there. What’s all this about you can learn from the next lines.

After release of Blood Omnicide Demo in january 2011 we were having times fixing the bugs/unfinished features and optimising code part. We got a lot of suggestions about that. It’s a bit unproductive to fix stuff that is already done because there is no new screenshots or locations, but that goes straight to the quality of port.

The prologue scene of Kain’s murder was reworked to fully match original one. In demoversion there was so much bandits ahead that Kain get killed without being able to do anything. In next Omnicide release battle will be simplified, so like in original game player can explore the prologue part a bit. Also the Kain’s murderer is not the nearest brigand anymore, but special one hiding in the night, waiting when Kain gets lethal hit and falls to the ground.

As well as fixing common stuff, we have rearranged some plans on a game, raising the quality target on textures and effects. New HD textures for terrain and some walls were created, some models were remade for better quality (like the new cemetery gate model). 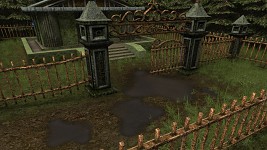 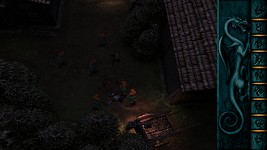 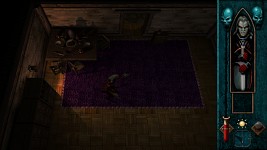 The Water
Water gained new shader with support for water flow zones and fake z-feather. Water flow zones means that there is different water flow speed between river center and bank. Z-feather effect makes bank to have smoother edges. It becomes more atmospheric with new river ambientsounds applied, sound system was improved to support global and non-point sounds. A bunch of new sounds could be added to enhance game atmosphere and we are seeking for samples and ideas. 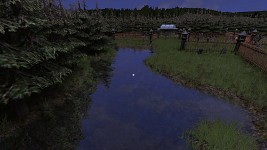 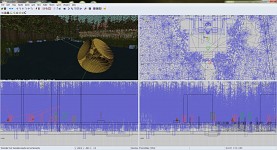 The Decorator
Decorator - a special tool to place detail models - is created and oiled for ingame effects/props editing. Used to place spikes, bottles, debris and grass. Also it is used to place realtime lights (and lightmap-only ones) on levels and preview models / animations with lightning and all effects enabled, which is great for testing.

Decorator was planned on early stage of Blood Omnicide development and parts of it exists in demo version. Here i should make some sort of digression. When we began working on Omnicide, we had intentionally chosen original camera style, and with it, stylized for 2d geometry style and gameplay. And the more we work at it, the more details come to mind. It’s vital for overhead camera game to have pretty detailed floors. Levels should have many debris to catch eye to be easy to navigate through. So all technologies should be thrown to achieve this: normalmapping, virtual displacement mapping, and much of non-uniform geometry detail for which Decorator is suited for. Objects (grass, spikes, any) are ‘painted’ on surfaces using brushes, which can hold up to 128 models to randomize and can have random spawn patterns, the brushes are built in the editor in a special menu. The second step is to elevate and scale planted objects using transform brushes, creating more in-depth and non-uniform look. You can see the decorator surfacemodel tool in action on this video:

As you can see, you can place models in big quantities while in game, and the result won’t look like the result of copy/paste. This helps to make more detail and diverse levels. We’ve published a screenshot a while ago displaying first steps to make grass placement with the help of Decorator. Much have changed since then, even the grass’ rendering method. In the end, we could achieve about 40% increase in grass rendering speed.

Physics
Why should we add realistic physics to Omnicide? Because we can. But seriously, in original game there are some scenes with destruction of various objects, like runestones crushed by the Mace, barrels with various items and trees cutted with Havoc and Malice. Surely we could make this without using an external physics library with a fine looking animations. Idea of experimenting with physics is looking promising to us, using it we obtain all needed effects with keeping in mind the possibilities of improving the world’s interactivity and adding some new fancy features to the gameplay.
At the moment we can write a simple script file for a model containing its weight, type of material and what parts of it are destructable. Several ways of destruction are possible, depending on the weapon and hit. So now we’re able to create destructable objects with ease, and not only the objects that are supposed to be destroyed to progress to the next parts of game, but the props as well - tables, chairs, bottles etc. And it’s only a matter of imagination, which object can be destructable. Here you can see an example of realictic physics based at ODE and destructability.

The Characters
It’s been a long time no news heared about character remodelling. There were no modelling guys with sufficient skills to pass the quality requirements. To make character with good looks and behavior, full modern production path is required: hi-poly/normalmap/lowpoly. Engine supports skeletal animation format so far, so real task is to make and animate actual models. Some months ago work on the characters was started by Mike Cruz, modeler from USA, sadly it’s been not updated since then.

To progress on characters we are waiting for dedicated character modellers to join the team. 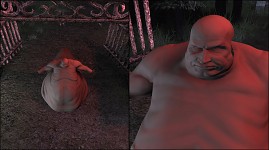 Other stuff
Updates not so major, but as much significant. Besides the change of the render code for performance improvement, the brightness and contrast adjustment code was redesighed, now using new GLSL path which works correctly on all drivers. HDR was tweaked for better color balance, making day/night cycle better (day being less overbright now). New locations is being made, many ones exist in mockup stage, waiting for texture themes to be finished. 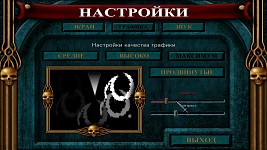 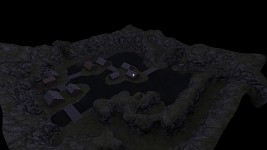 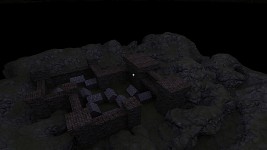 Another new feature, now on a mockup stage - puddles remaining after the rain. It’s not decided yet, whether the puddles will be just a visual improvement, or whether Kain will receive damage stepping onto one. What do you think of it? 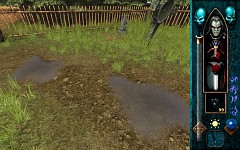 Concept art
As before, we’d like to show you some new concept arts from different artists contributing to the project. 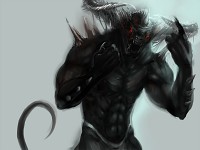 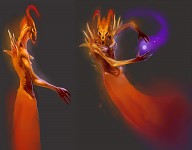 Couple of arts by our new artist AmDDRed: 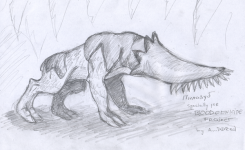 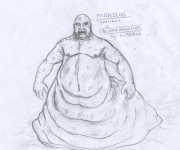 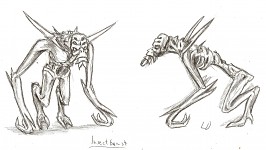 That’s it. Hope you enjoyed reading about what’s up in the Omnicide’s development.

You definetely need 3d person mode with such detalisation )) Or a mod, which adds this feature, after the realise )

cool videos, wish i still had the original copy :)

Water puddle damage would be a neater idea if mabey something like a mossy vine quickly wraps aroung kains ankles or something to that effect. Just nan idea.