Update news: New developers, progress and what to come.

H
ey everyone. Yet another month passed by and we got some new stuff to show off. First of all I would like to say thanks for all the sound applications we received. If anyone would like to join the team, you are welcome to send an application to eliasr@bzsenshi.com or write an application in our forums.

We got following new members:

Tacef also got back from Japan and is going though the code with Elisha.

Last weekend we had our monthly meeting, which took over 3 hours due to debating new features.

Coding
Most of the hl stuff is out.
Team and class menu is remade and working.
Dash and dodge is being recoded soon due to some coding errors, but should be easy to fix.

Feature: x - platforms to use for air-walking, this will be tested to see if it fits well into gameplay.

Mapping
We want to see if we can improve the mapping system, like the NNK mod have done, this will give a better quality of game, as we have agreed to level up our system requirements. 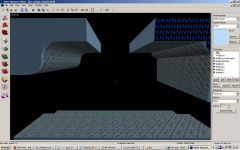 For future maps we have though of making 2 maps for hueco mundo:

Models
Robo_killa have made some updates to ichigo, especially his eyes which the most of you have been commenting on xD heheh. Ichigo just needs to get textured and he is done. So far I have heard, Zangetsu in shikai mode should be done aswell.

Grimmjow have been giving some model updates, hereby his hair, which before just were planes, and now is fully modeled. 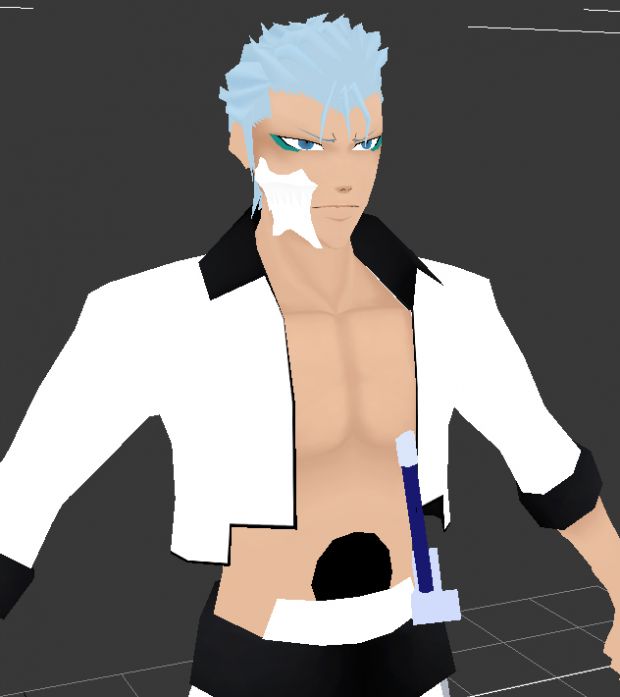 Some of the future characters we might see, is Kenpachi, nnoitra and Ulquiorra.

Sounds
For now we will start out by making movement sounds, as we haven't begun on weapons yet. According to music, it is a bit harder to specify a good idle sound, but we will be with inspiration from the anime and the official sound tracks.

Site
After Tacef came home, there have been some updates on the site, which should make the site run faster and give us some new features. Eventually you can check out our chatbox.

That was it for January. A good start on the year with new members and development.
May you all have fun till next time.

Good to see the progress, so it will be a deathmatch game, or also a storyline?

there is no singleplayer game, so there ain't any story to it, except for the background info by the anime / manga.

but we also intent to add more game mode features, so it can include some tactical stuff.

I find it difficult to believe that this was released Jan 1st, 2038.

comming 2038? wtf? why are like all of the mods saying that now?

Why is it you're building this game on the HL1 engine? I just don't get it. Why make a new mod on an engine that is over a decade old. And sure, it was a good one. But the new source engine is good as well. And every pc can handle the source engine nowadays. I find it hard to believe some people out there (who play games, even if only casual) wouldn't be able to run the mod if it were on source.

All the stuff you can do on the HL1 engine u can do on the HL2, and it will look better. Even getting an active community will be hard for a HL1 mod. I have HL1 (and 2), and i love Naruto and always longed for a naruto game on pc. Yet I just can't get myself to play that naruto mod. And i know graphics aren't everything, but i can't accept the reasons. What are the down sides to using the source engine? why choose to have worse graphics. I don't play the mod because i don't feel connected to the mod team's desires.

Well, as a mapper, i would totally agree, as it also would be good enough just to use the hammer tools (they compile better than hl1)

However, it is incredible awkward to code for the hl2.

we once started as bss, which lost administration control of the site, and no coder.
So we had the same though, why not crysis or hl2.
Crysis got a ok hud (the nanosuit's mode selector)and a great engine for large maps. however, it requires a stong computer, and basic mapping is the worst ever seen (imo) it would require a full team of modeller to cover up for that "leak" if can say that.

then we chose hl2.
it went ok in the start, but the coding was no good, and even though ads both on moddb and fpsbanana, we got no feedback.
Some even came to try out if they could get something done with the code, but all of them refused at last.

By this summer, our current coder which neither could get a grip on the code, had a personal reason for being abscent for some time.
Our leader wasn't back before i had to start school, and at that time i didn't have the time to do anything else.

Tacef came by and asked if we should restart what we originally intended to make, which went ok back then. And for my personal reasons, i still had a leg inside bssmod, but since it didn't recover from the fall back, i chose to leave it for a full time work on bzs.

This time it have been much better in progress and overall development, cause the team mainly consist of us who wanted to make the mod 2 years ago and things like administration, monthly meetings, and teamwork have been much smoother.

The hl1 engine requires some extra features, if you want it to look good, but the coding is much easier, and even i can say that, after i have been starting on making a bit coding my self.

K, thanks for the answer. I still think it's a real shame but at least now I understand the reasons behind it. Didn't know coding for hl2 was that different than from HL1.

It was a good question

And a good answer aswell ;)

and why need hl1 from steam client

Because im currently too drunk to could tell you why. Thats why.

Something in the engine stuff if im not wrong. or is it just the marster server ? well if you asked me 5 years ago i would probably see if i could make the NNK mod work on HL standalone. However im not in that bussiness anymore

I'm in an answer rush, lol. You need the hl1 inside the steam client since it has the last version of the HL1 engine (the 1.1.1.1, if I'm not wrong, even if they had changed a bit of the code some time ago, I think it still being called 1.1.1.1) is "only" aviable for steam client, because the last version made for the WON release (the retail version of HL1, which leaved on me great times, but that is other history ^^) was the 1.1.1.0.

I used " in only, because if you think a bit about it, you can get an standalone version of the hl1 engine 1.1.1.1, just use your brain and google it.

I'm assuming that you have an original copy of HL1, otherwise you shouldn't download it for common reasons. Good luck finding ^^.

And by the way, the mod is looking great, I hope we can get a taste of it this year ^^. Keep going! and best wishes for the mod and their devs ^^

Nope, i understand the concern. We are just delayed cause to exams periode and the lack of developers to cover in for these.
The upcomming news will tell more about this.