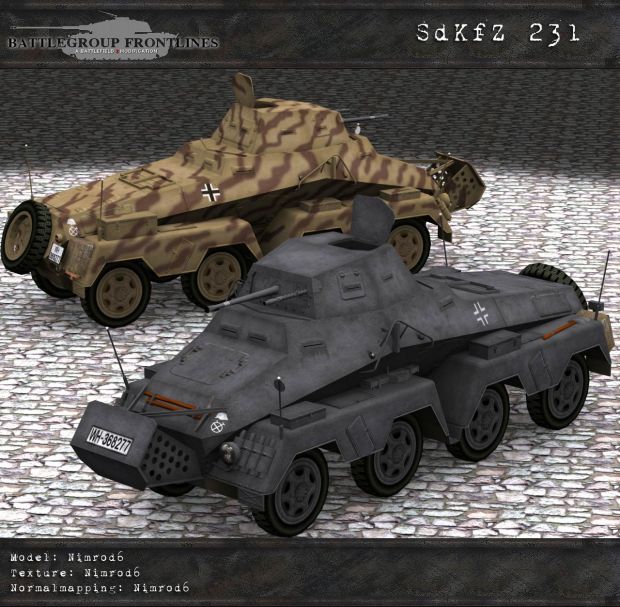 Nimrod6? I bet the guy is hungarian.

The SdKfz 231 was a replacement for the 6 wheeled
armoured car of the same designation as there was
a need for more cross-country capabilities and the
process was completed by 1940. It became the
backbone of the Wehrmacht’s heavy reconnaissance
brigades until the end of the war.