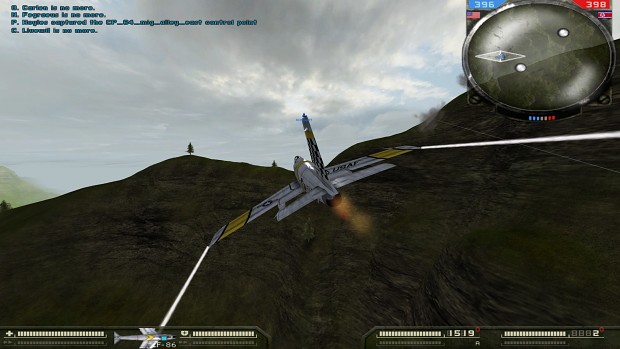 "MiG Alley" was the name given by United Nations (UN) pilots to the northwestern portion of North Korea, where the Yalu River empties into the Yellow Sea. During the Korean War, it was the site of numerous dogfights between UN fighter pilots and their opponents from North Korea (including some unofficially crewed by Soviet airmen) and the People's Republic of China. Soviet-built Mikoyan-Gurevich MiG-15 were the aircraft used during most of the conflict, and the area's nickname was derived from them. It was the site of the first large-scale jet-vs-jet air battles, with the North American F-86 Sabre.

This is our custom map where all the planes in the mod get to duke it out at the same time.

Outlawz from Project Reality created this map for us so a huge thanks to him!