Today the Battlefield 1918 dev team is proud to announce that 3.2 will not only be adding new maps with bot support, but we will also be adding bots to some of the existing maps as well!

Greetings and welcome to another news update regarding Battlefield 1918. We are happy to announce that we will indeed be adding more bot support to Battlefield 1918 in the form of new maps! Today we will have a look at 2 of the new maps that will include this much requested feature! A special thanks to Andrey15 for taking the pics you will see today!

The first map to look at today is one of our newest, the Battle of Cer! Inspired by the historical Battle of the same name, the Battle of Cer sees the Kingdom of Serbia and the Empire of Austria-Hungary fight in one of their first major battles in 1914. This engagement would ultimately see the first notable victory for the Entente powers during the war. 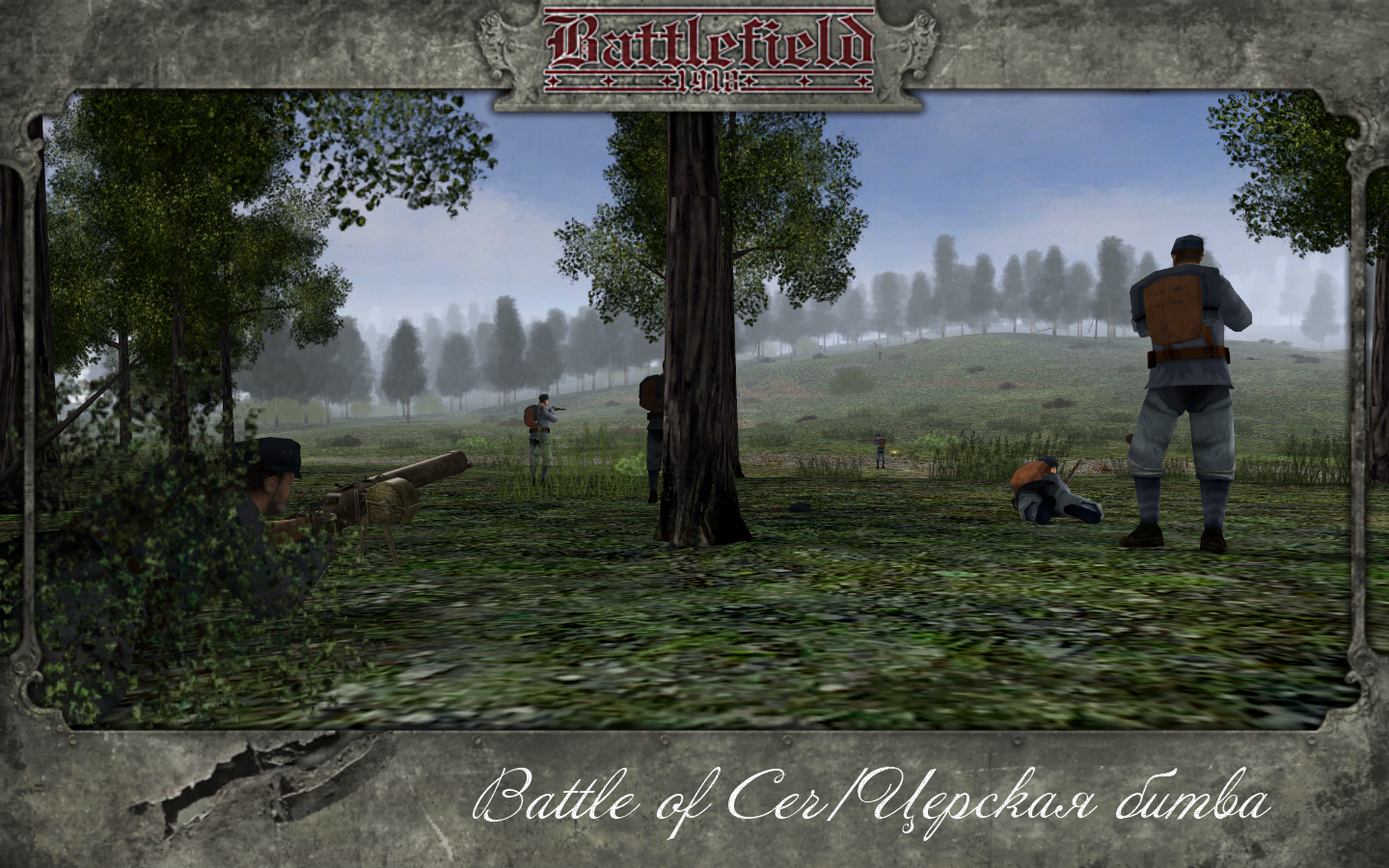 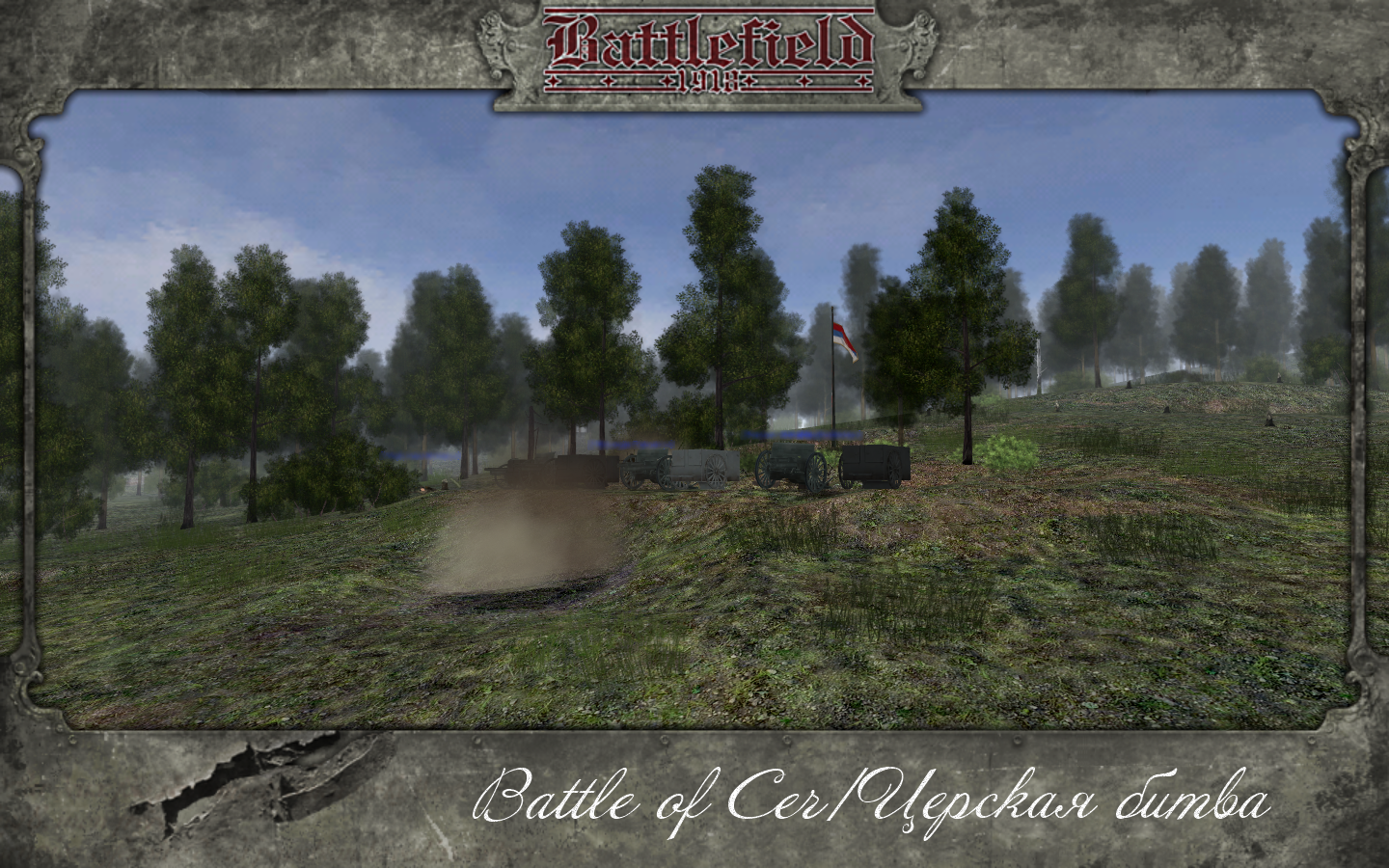 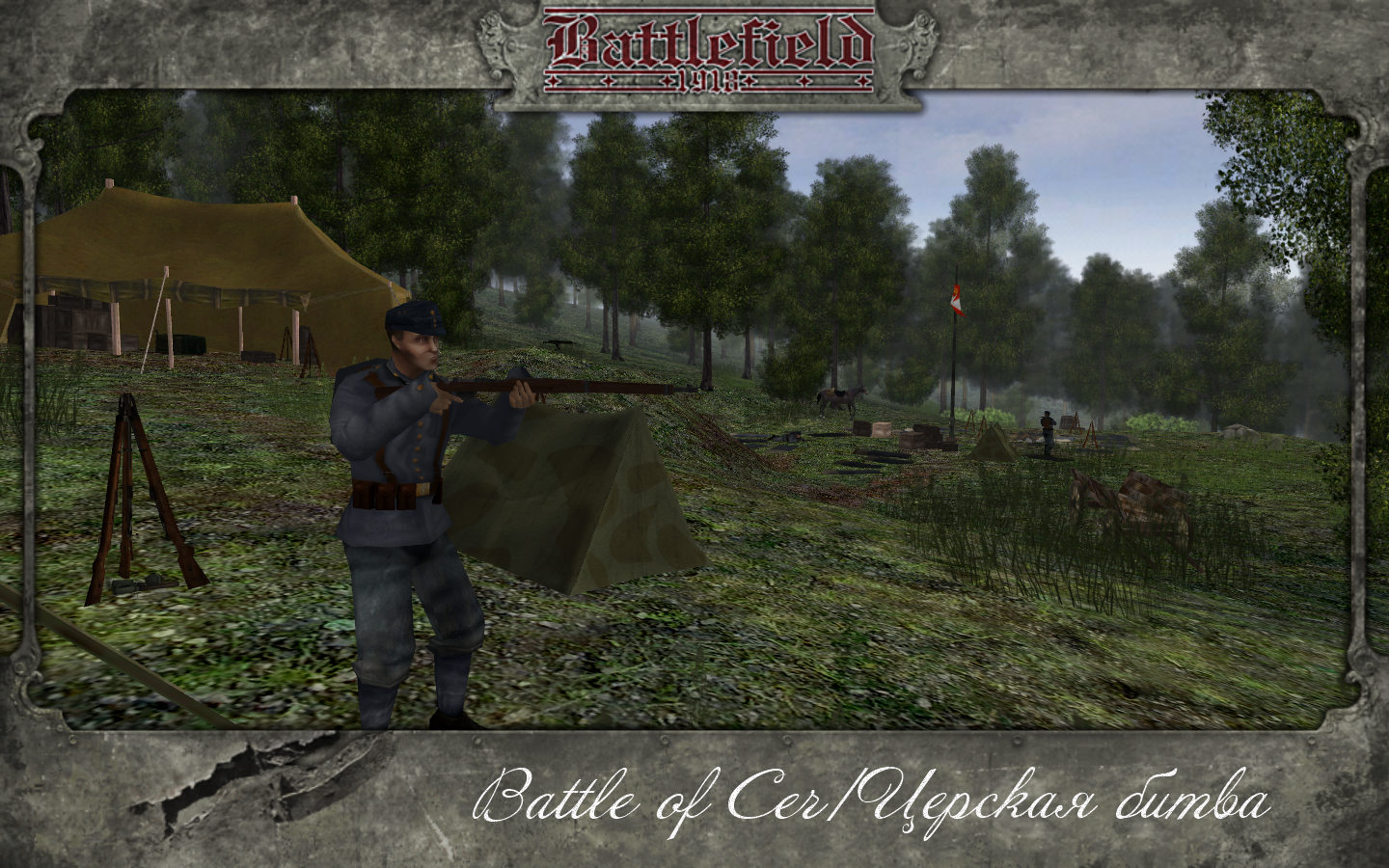 The other new map that we will have a look at is none other than Galician Fields. Set during the Battle for Galicia, also known as the Battle of Lemberg, this map features the Russian empire against once again Austria-Hungary in the first year of the war. The Battle for Galicia would see the Tsar's army claim a victory against the forces of the Dual Monarchy. 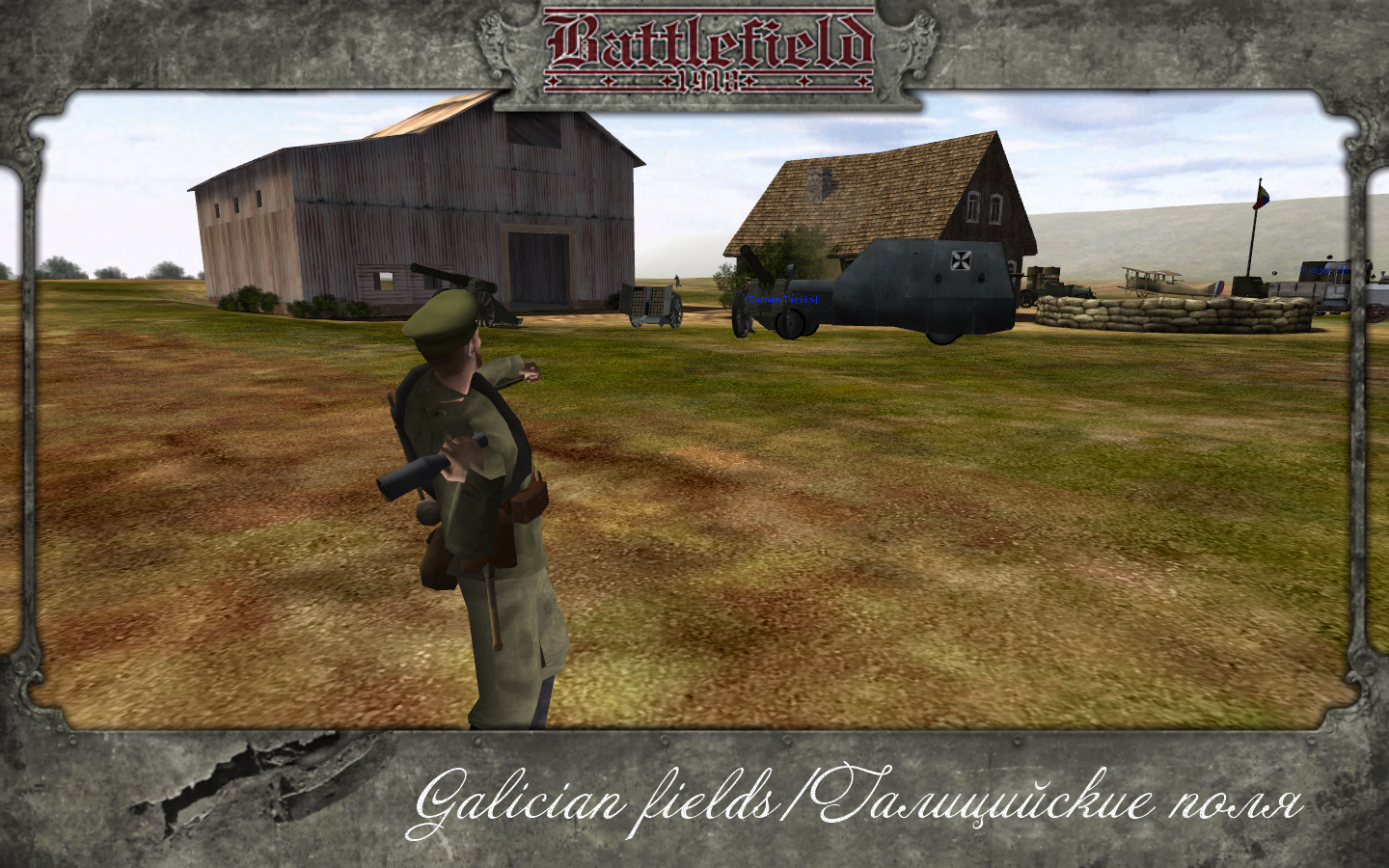 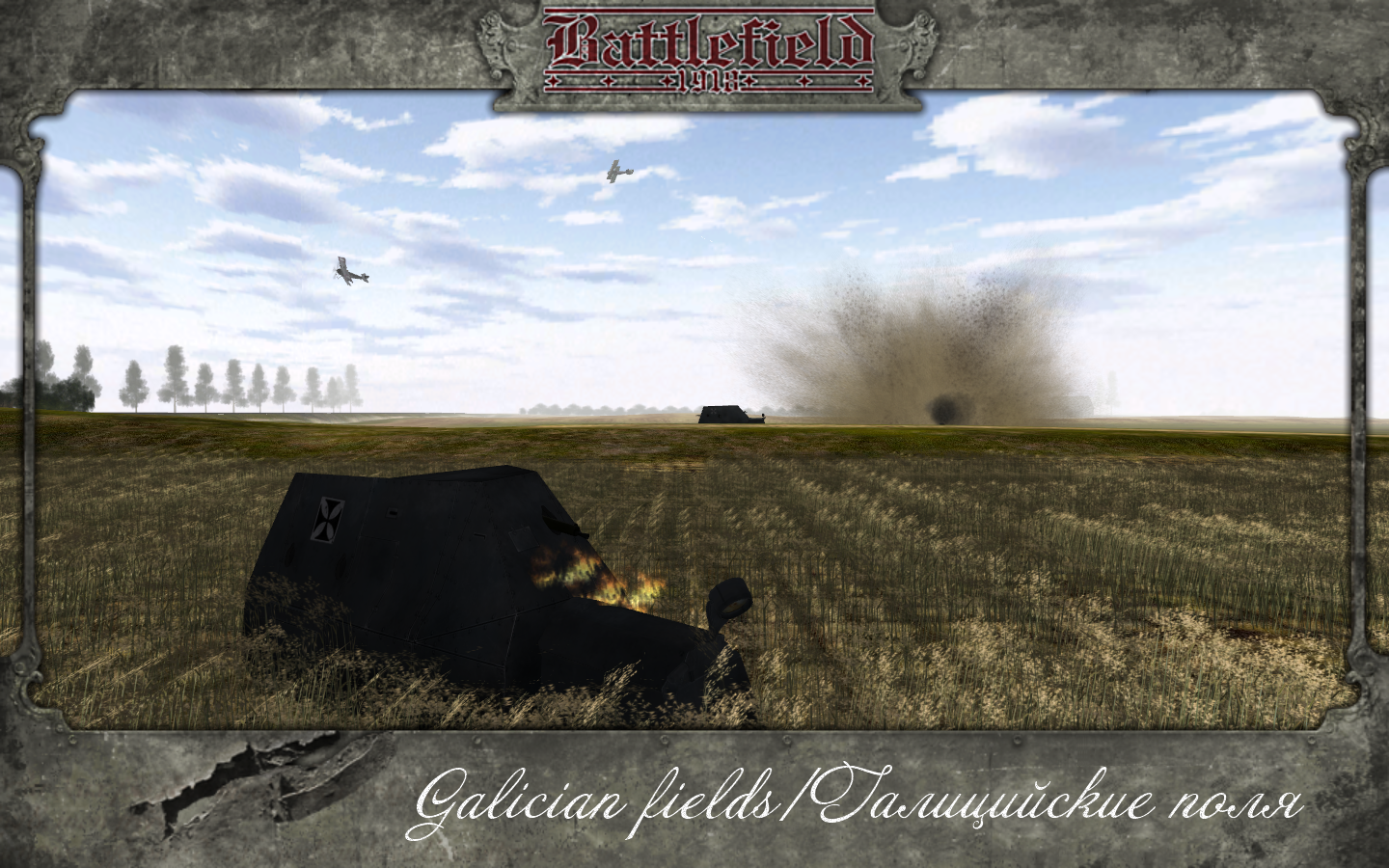 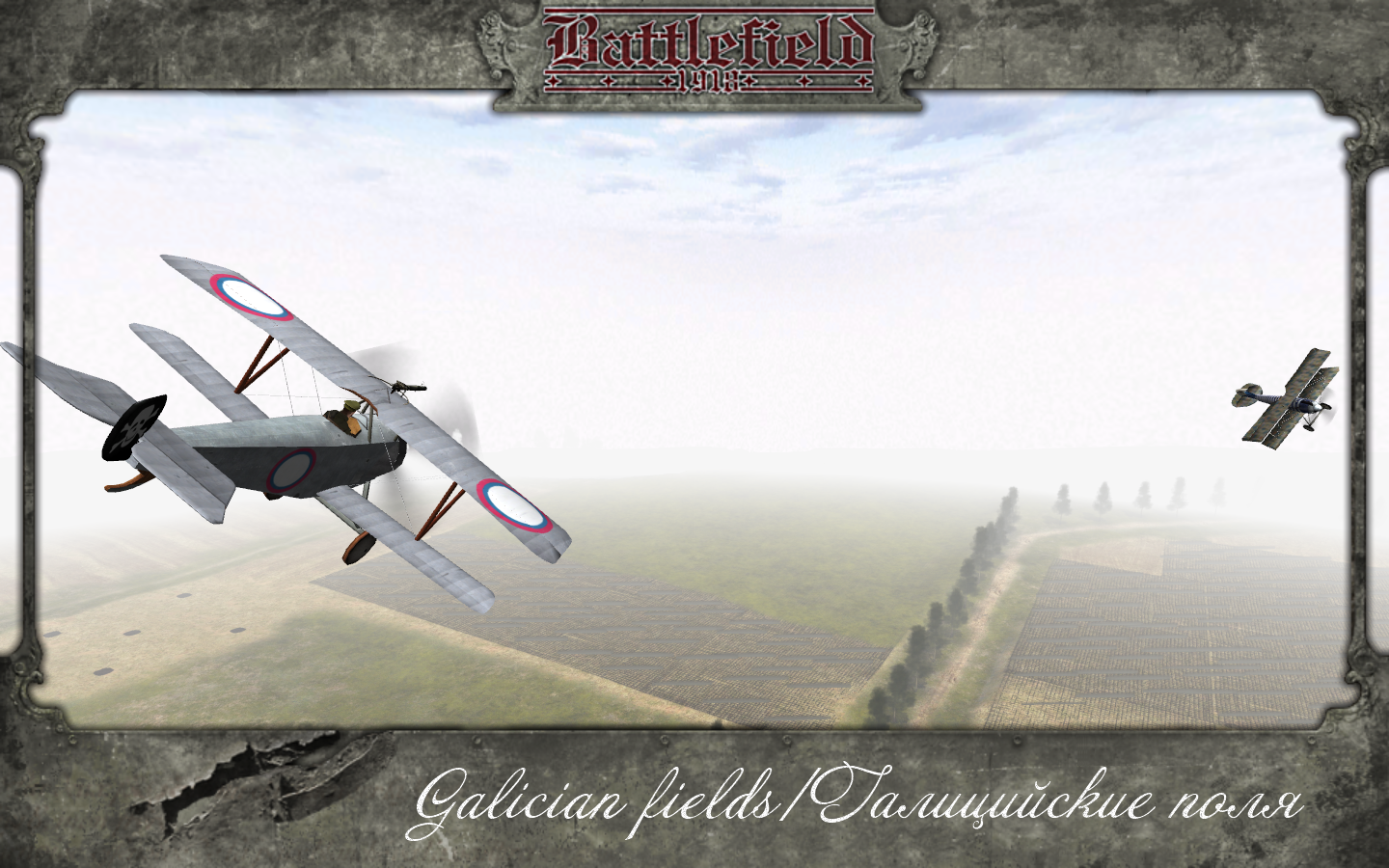 That is all the news for new maps, but for players wanting more I am also happy to announce that due to public demand the 1918 dev team will also be adding bot support to some existing maps as well. The first of the returning maps we will showcase today is Masurian Lakes. Set during the 2nd infamous battle of the same name during the bitterly cold month of February 1915, this map features the Russian Empire defending against the might of the Kaiser's armies. Players may notice that in addition to the bots, this map now features new weather effects in the form of snowfall. 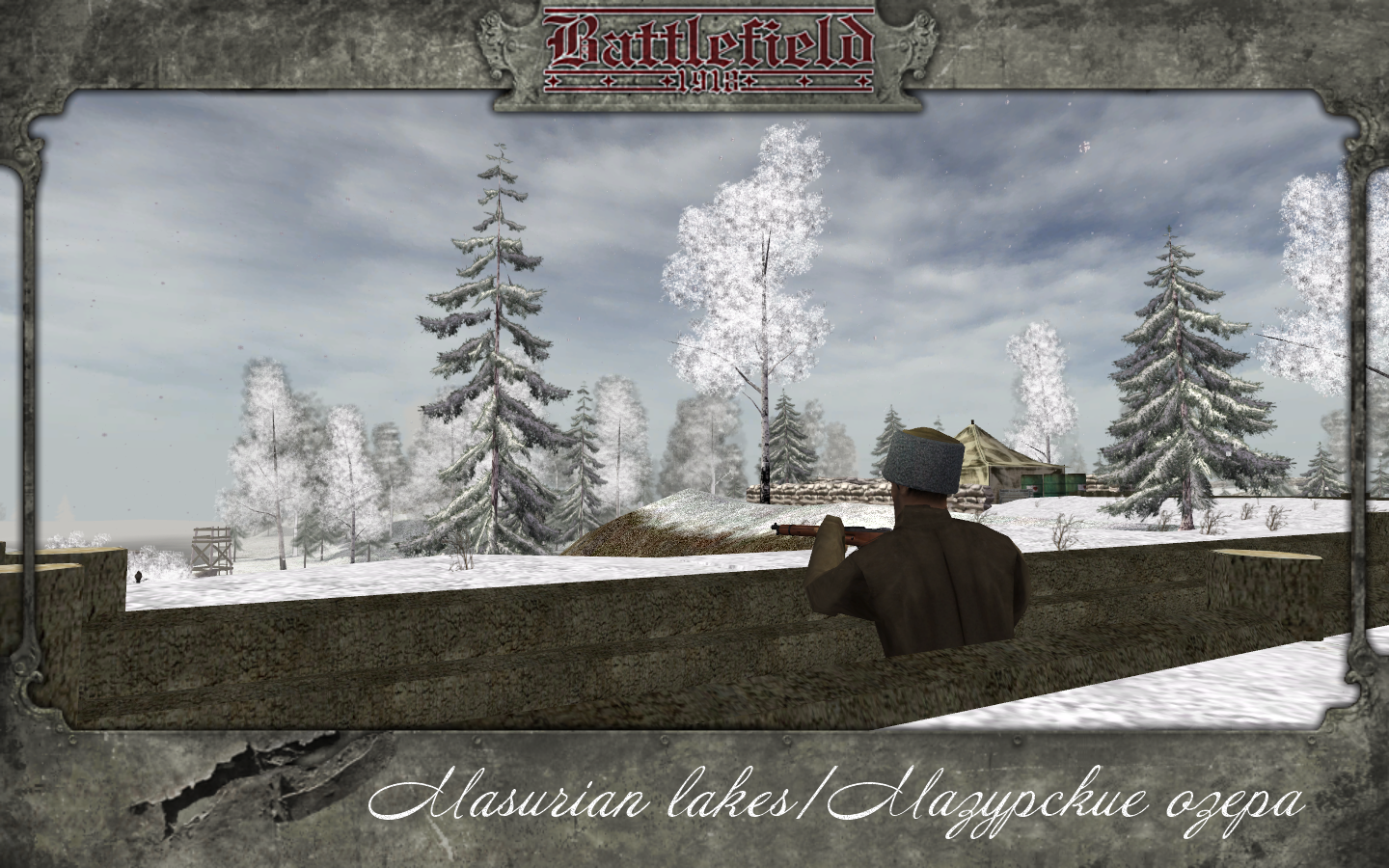 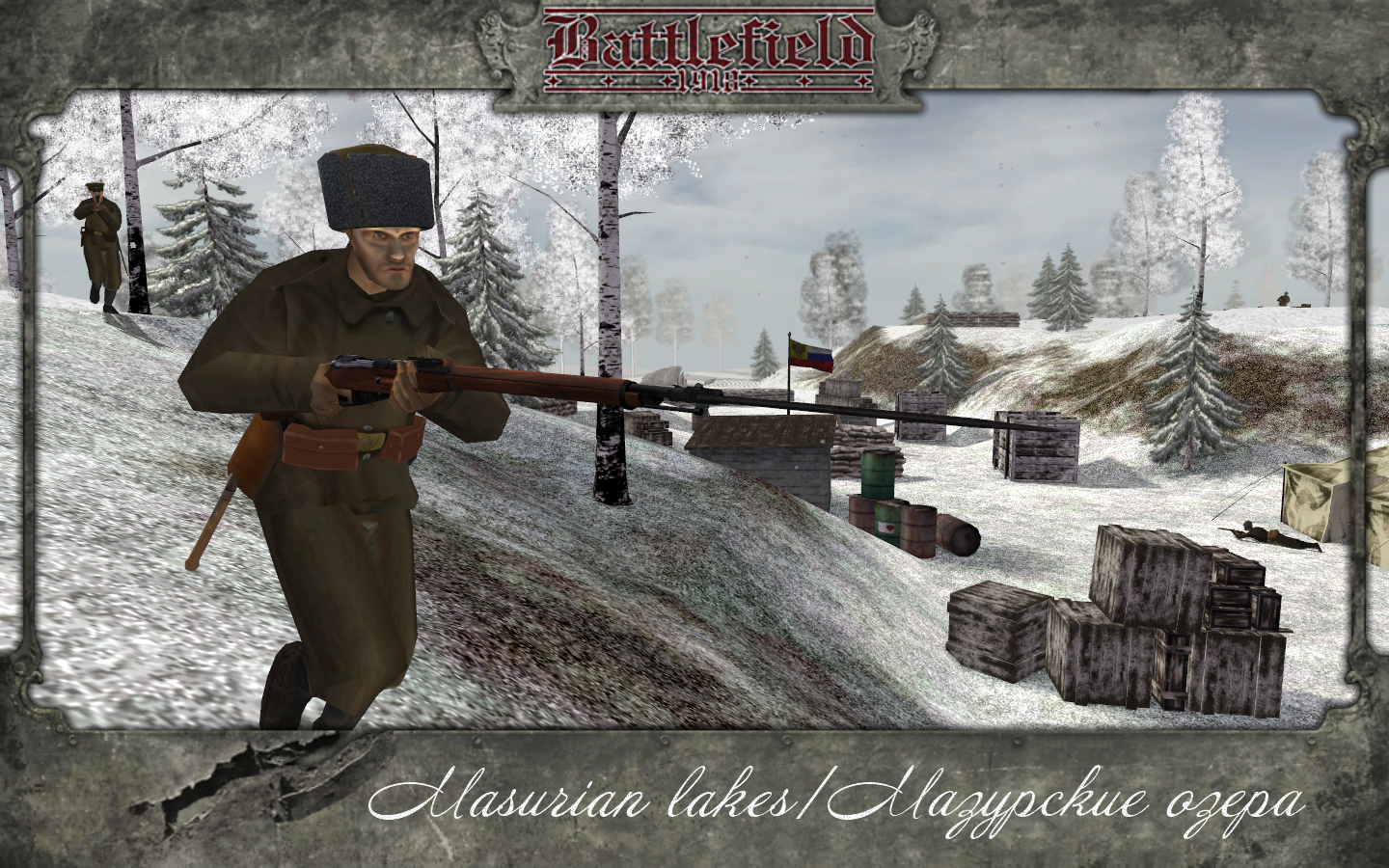 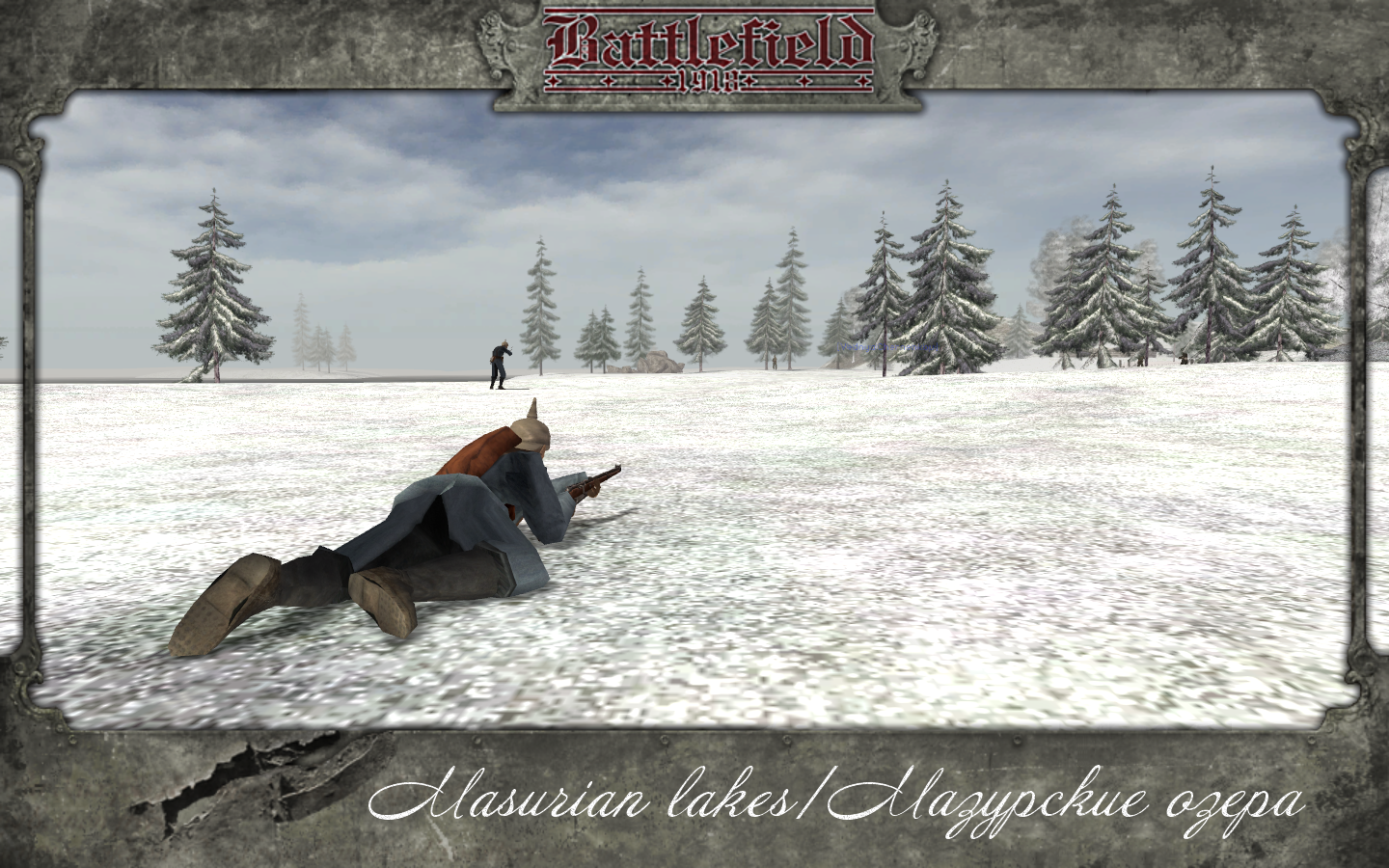 Of course this isn't the only returning map to receive the upgrade of bot support, fans may now also look forward to news regarding another beloved map today, as Monte Piana will receive bot support in the 3.2 update as well! Set amidst the scenic Dolomite mountains in Italy, Monte Piana was hotly contested between the Kingdom of Italy and Austria-Hungary throughout the war. 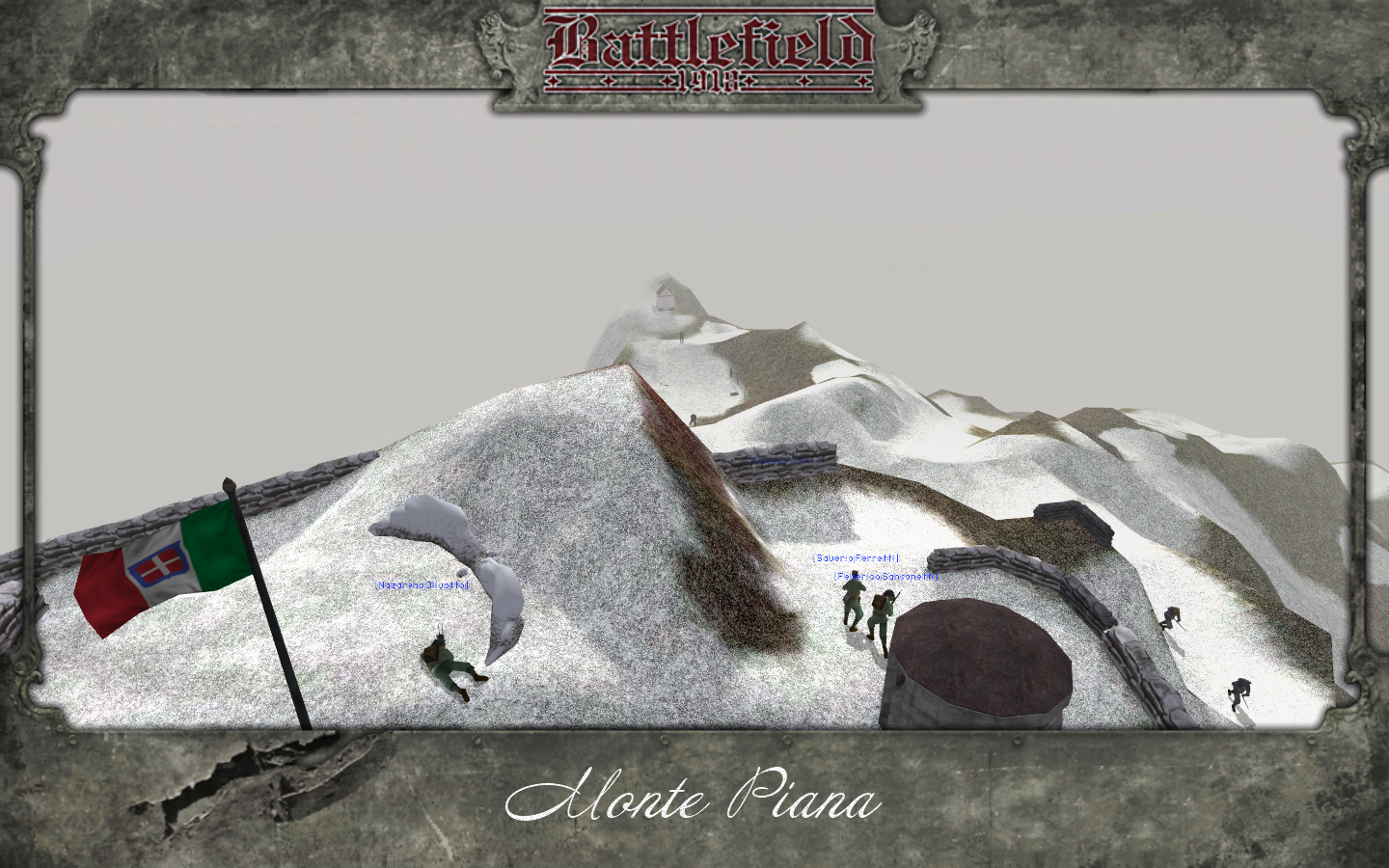 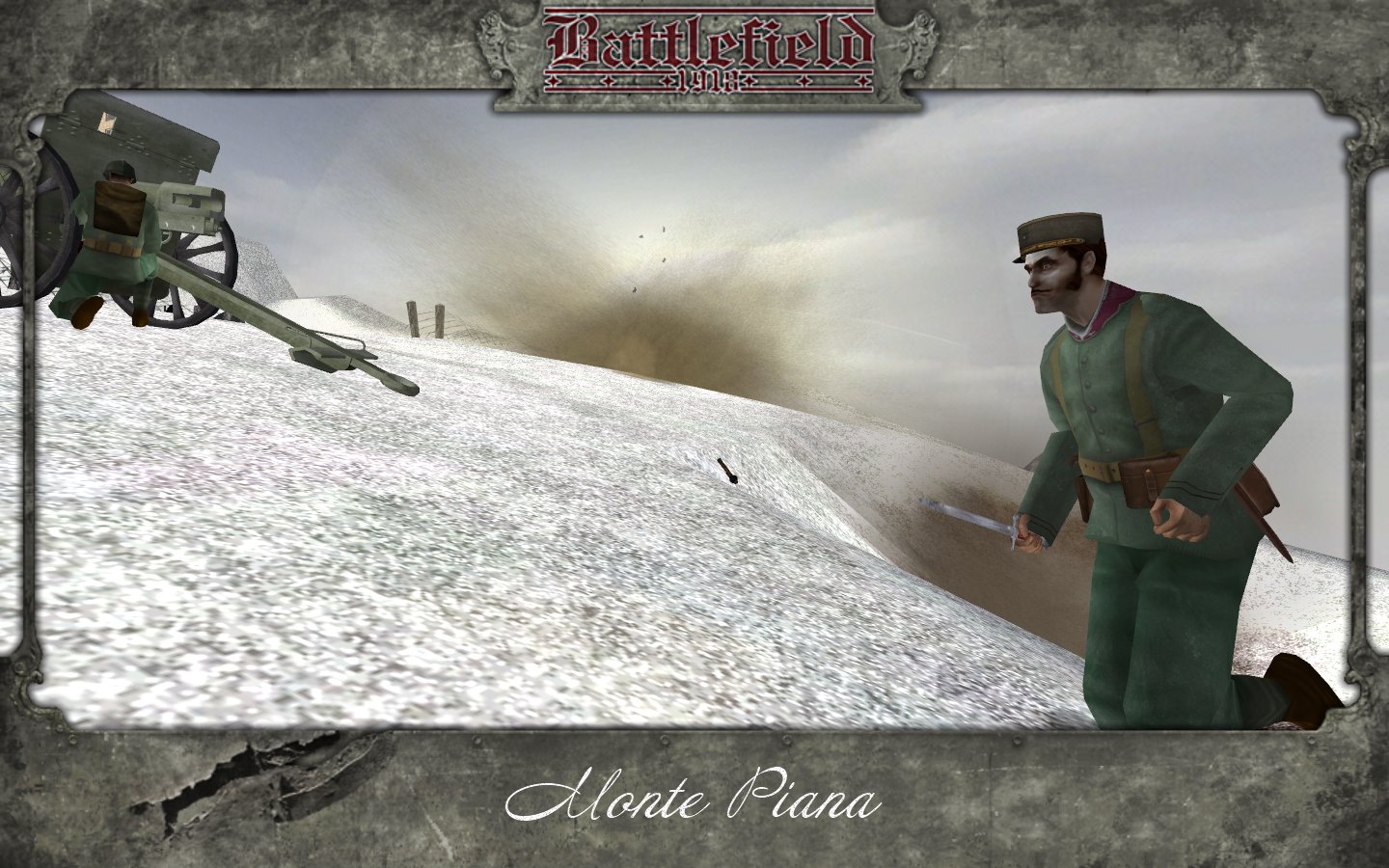 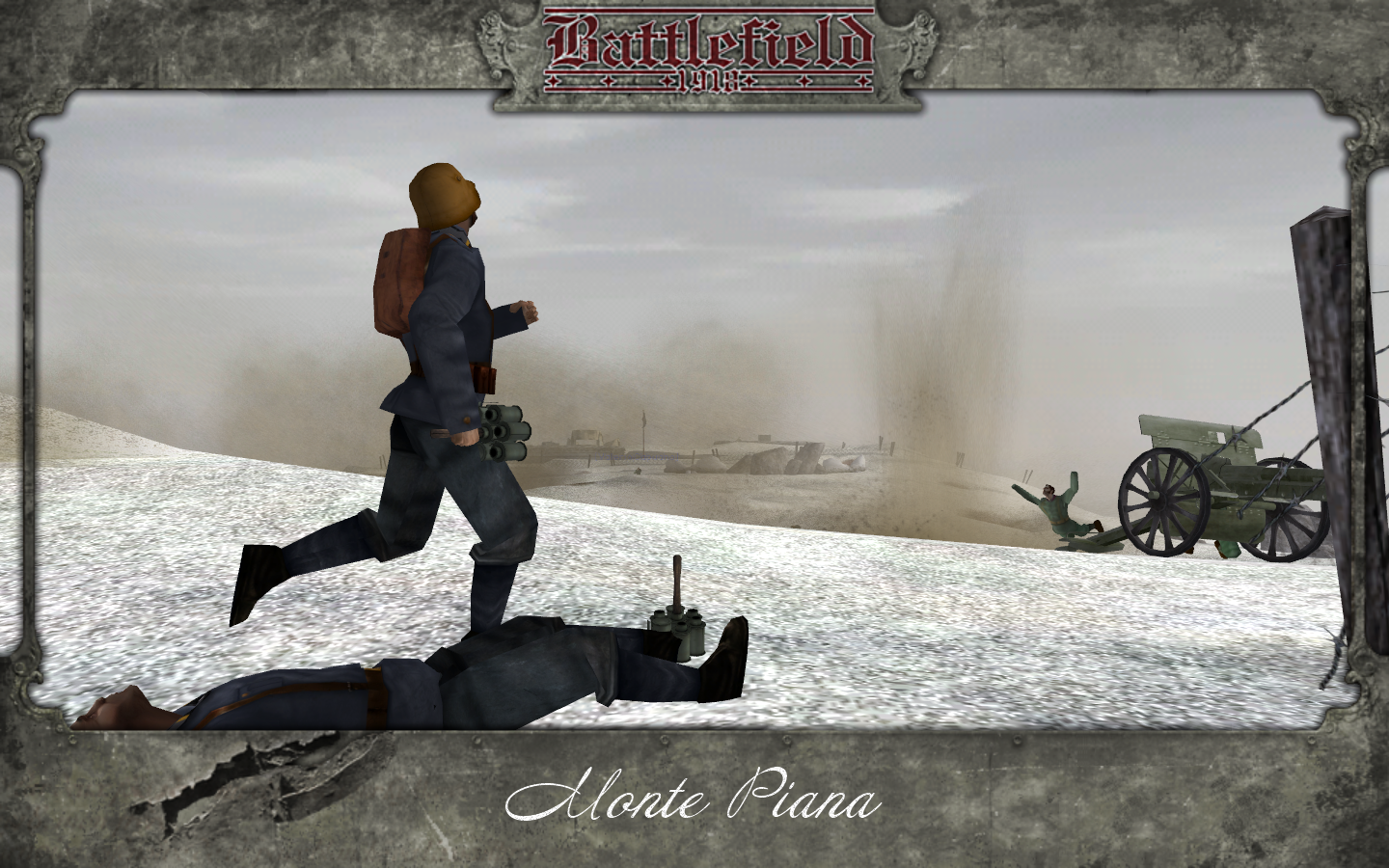 We hope that you found this news to be to your liking, but before we end this news update we are pleased to announce that a new trailer has also been uploaded to announce this news as well. We may have slipped a few other features into it as well. In any case please stay tuned for further news!

Plus for BOTS, especially if those bots behave semi-intelligently. Vanilla Bots are... ...questionable at best.

They are good cannon fodder in coop

Wow that looks amazing. I love this Battlefield 1918 Mod. Hope we play back the 8pm CET evenings at Thursday and Sunday. Awesome work, thank you so much!

Sad that the old main pages of this mod not alive anymore, inside1918.net and frontline18.de

A dream comes true with the fully COOP support.

Question, is there any chance youd be able to make the bots properly use Zepplins?

We will try to do everything possible.

This is absolutely awesome, looking forward to this. You guys at BF1918 do exceptional work!!!

Can you add more bots + bots' Ai for the project? I think it may be more realitic if enemies bots attack players by bayonet charges :))

Bots will appear on most of the old and new maps, and we will think about how to implement them correctly on the offer of bayonet attacks.

Andrey15 there are some Italini-Auschau maps in the multiplayers one of them has very tall cliffs and ladders. Just add 127 or 255 bots for these...

This is unlikely, as with the existing number of bots, mountain maps become an unbearable challenge. On the whole, an increase in the number of bots threatens to upset the balance of the maps and create a load on the game.

Andrey15 so you are goingto put all multiplayer maps into solo game mode?Wow nice

Not all, but as many as possible.

This is true, but there's nothing to do about it, this is how the bot mechanics work. We will try to do as more advanced routes for bots, but do not be surprised if they run under the bridge or stand still.

Only seems) However, a number of new maps will really be taken from other mods due to lack of time and people.

In fact, the map was originally from BattleGroup42's 4307-prokhorovka.

Share this news of the year all around the world communities! If do you wanna feel the World War 1 experience. Battlefield 1918 is your only way to feel and see it.;-)

Bot support for old maps? That awesome! I still remember taking note of that in the past.

And how well did you do it?

Looking forward, when can we expect the release?

And what are the BF1918 maps that will have bot support for version 3.2?

Is there a planned release date yet?