So we want to bring Team Fortress to AvP2. It shouldn't be too difficult, all of the weapons we need are already in AvP2, and configuring armor and run speeds and whatnot isn't too hard. What we need, however, is input on how this should go down, and modders to make the more difficult things happen, like possibly adding new weapons and more importantly, new GAME MODES, like Capture the Flag or Assault, things that teams do that aren't Team Deathmatch. However, this is AvP2 Fortress, so everything should have an AvP2 twist to it. Like Preds and Aliens on the teams realistically, but not whorishly. No Predator rocket-launcher guys, for example, but a Predator as the Spy, a class that's supposed to cloak and primarily use a knife anyway. -- SMID

This is the full installer for the AvP2 Team Fortress mod, version 1.1.2. It also contains the files needed to integrate with the master server patch v1.5 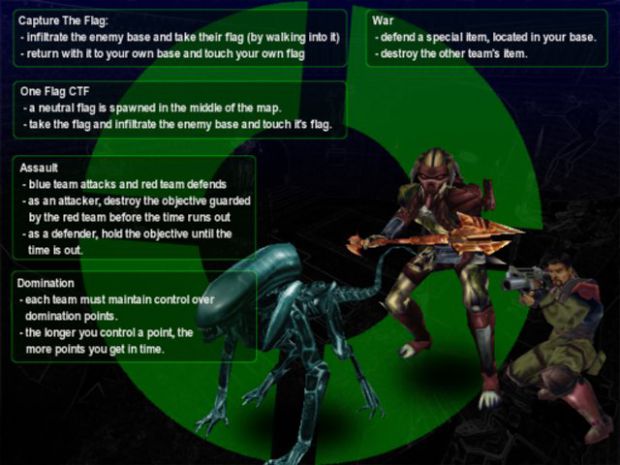