What modification will offer?

- dashes and rolls with i-frames - every attack is now possible to dodge, even homing spells!

*World:
- tons of new weapons, armors, shields, helmets, items and monsters (new models),
- totally modified placement of enemies/items/objects in game world + new stuff there,
- bosses,
- Bonfire system, something like in Dark Souls - possibilty to warp between them, removed teleporting stones,
- new faction, possiblity to invade other NPC's and to be invaded by them,
- additional respawn during game - some more important events (like those with Adanos artifacts) will trigger spawn of uber-monsters in game world),
- "bigger" revolutions (not 2 rebels + 5 near-death slaves vs whole muscle-orc cities),
- traps in chests and containers - Mimics,

*Items/skills
- modified properties of mo,
- modified attributes of some perks, some of them are disabled,
- gameplay adjustment to "HP per-level" script made by George - we get bonus to max HP per every level, like in G1/G2, for example, possibility to learn HP with LP disabled, changed properties of permanent potions,

I think that's all, if I didn't forgotten about something...

Points from combat system point already realized.
Now I'm completing content (weapons, armors, monsters etc.), completed a lot of them so far...
Invasions, bonfires, made and tested, awaits to place them in game world, but I will do that later.

Previous versions removed from internet, their quality were a shame...

Animations modding and other stuff

Enemies "block-breakers" and other stuff

Minecrawler Queen and other stuff 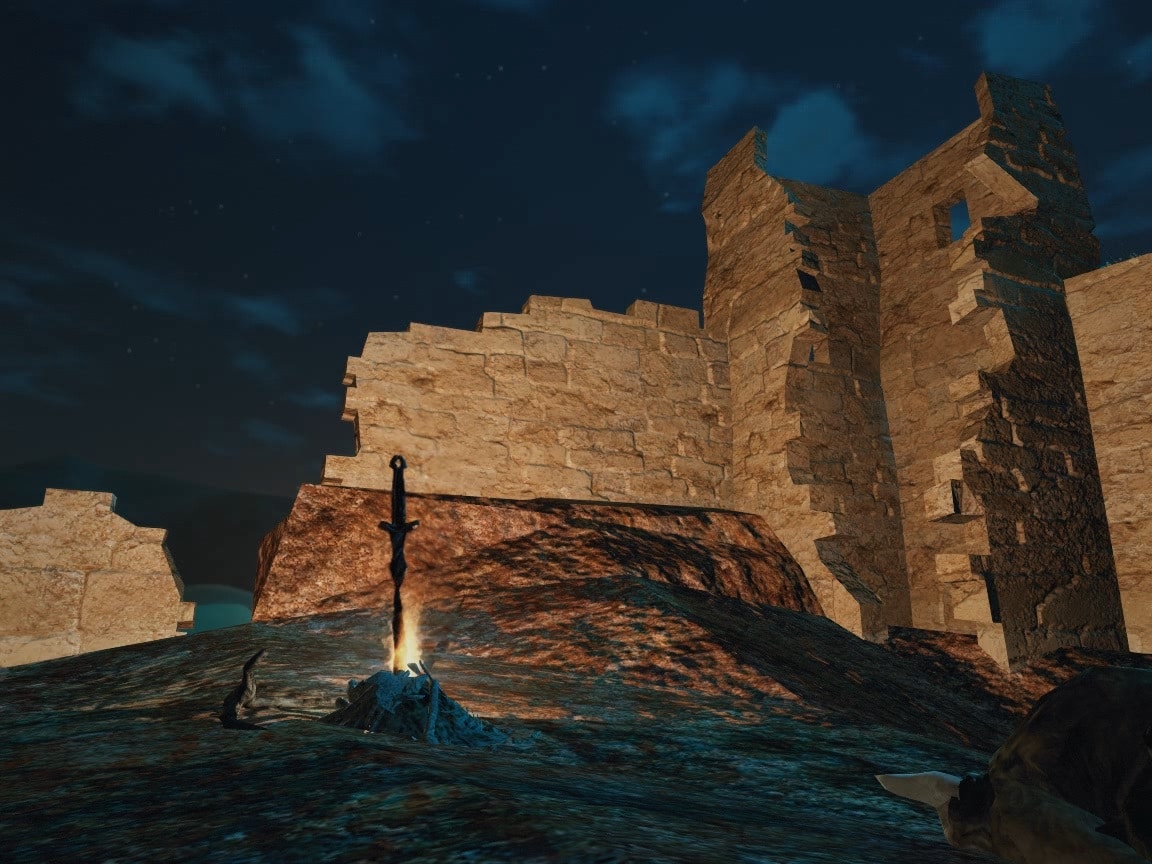 A lot of weapons, armors, monsters models came from other games, they are just modified... Those are:
-Two Worlds II,
-TES IV Oblivion i TES V Skyrim,
-Gothic 3 Forsaken Gods,
-Risen 1 & Risen 3,
-Dark Souls 1,
-Wiedźmin 3,
-probably Arcania will be too,

Hope they don't catch me lol

Echinops can quickly teleport (aka dig) to player. He can summon his "roots" too - they will follow player and attack him - but don't worry, they are weak - even low level character with crappy equipment should one-hit them.

Defeating Echinops will be a challenge - the roots summons quickly, and Echinops teleports frequently too.

On video Gothic 2 Sword and Armor shown too.

Hello. In this news I will show You the new feature - open/close helmet that we are currently wearing...

Minecrawler Queen and other stuff

In this news I will show You new, multi-phase boss fight - Minecrawler Queen. Some other new stuff shown too...

Hello man!
Perhaps, this time with the big dragons the Nameless could forge the heavy dragon hunter armon if he found an hidden armor project and the raw materials.
Anyway, the armors projectes also with C.M. 3.1 are only 3 of them, too few.
We need more, much more!!
Thank you very much for your amazing mod!

Yeah, brother, go ahead.
There is the space for another game in Gothic 3 world, yes i'm agree, some areas of the world map are completely empty.
It needs more and more.
Thank you so much!

Please, release this incredible mod!
We can't wait for it, anymore!!

please upload :( any version is better than none, and just a backstep is good, dosent need to be perfect, like in gothic 2

Hello.
Sorry, I will release v3 dodging stuff along with combat system related changes, nothing before it.

The new dodging system needs to be finished. Can take some time because it was made with non-gothic3 outside software (autohotkey+cheatengine)so exploiting it can be very easy by player. It works well, but need fix some situations where dodging/rolling can be used as exploit.

About that release, I will quote myself, lazy me hehe:

"I think from next month I will try to get back into it. The first thing I want to do is to release mod which only changes combat system, enemies behaviours, combat AI, their movesets, etc. Everything combat focused, new content later."