October saw the launch of SCI (STARDROP Crowdfunding Initiative) and I wanted to express to backers and fans of STARDROP just how much your support means to me. In this article I'll be looking back at the various changes and updates that we went through. 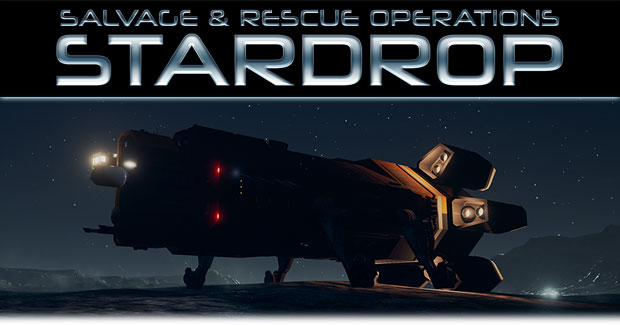 October saw the launch of SCI (STARDROP Crowdfunding Initiative) and I wanted to express to backers and fans of STARDROP just how much your support means to me. Looking at the total amount pledged so far it might not look like much when you think about funding a game in general but in this case every penny, dime, nickel, cent really helps and it enables me to keep working on the game. So again, thank you so much. Check out the STARDROP Crowdfunding Initiative if you haven't already.

As a big thank you to the supporters of the game I have began work on a new SRO (Salvage & Rescue Operations) mission, which I am getting more and more excited for the more I work on it compared to when I started planning it. Taking place on a mining outpost called Tahiti (Which itself Takes place on a desolate planet surface) is actually just what the game needed and to make the universe more interesting and feeling bigger and richer.

SRO missions in general are a tad more difficult then the base game will be but that's where the fun and experimentation on my part comes in. Playing with players expectations and trying to utilize the game's mechanics in more interesting ways is what these missions are all about. A place for me to experiment and refine the core gameplay mechanics, so I am pretty sure I will release another SRO mission before chapter two. 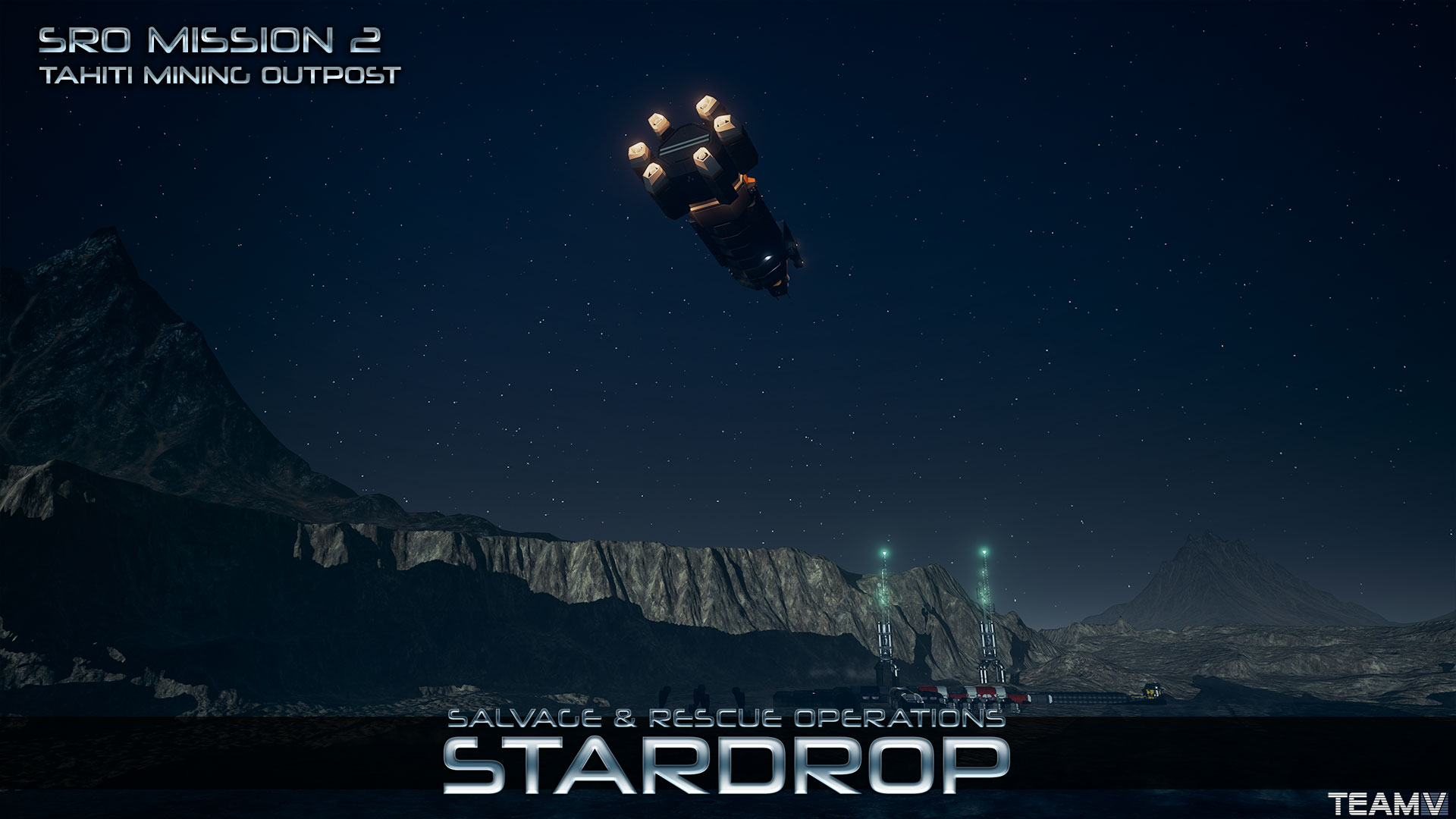 Aryn and John are investigating a distress signal coming from the aforementioned mining outpost and Aryn has to investigate what's going on. While the story is interesting in and on itself it's just that. An interesting side mission. That said I will be doing a full narrative on it, so it'll take a little longer for me to finish, although the scope is probably around the same, or maybe a little less then STARDROPs demo. That said, it will be just as rich and exciting and I will do my best to get as much out of the mission as possible. 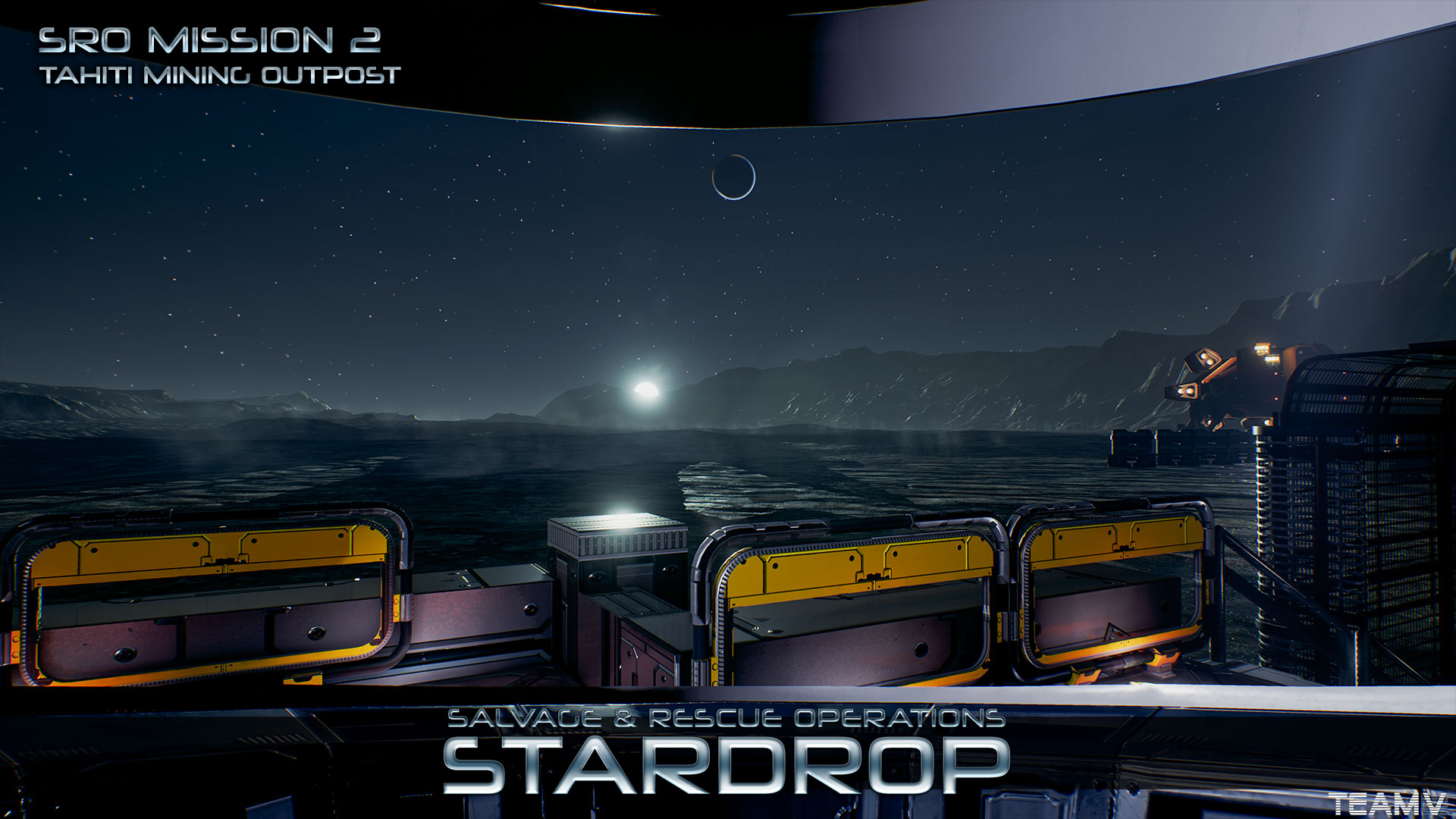 I've updated the website to accommodate mobile phone browsers fully. No longer are there any overlapping items, images running off the screen and it's all properly laid out. It was long overdue but it's now finally implemented properly.

There's a new RSS feed button on top of the website page. The feed is linked to our own blog and from here on all major updates will be posted on there as well. (And of course on all the other outlets such as IndieDB, Facebook and twitter.) So if you do the whole RSS thing, please subscribe and stay up to date.

So, I've decided to set up a whole new channel to stream from. The channel art might change over time once I move to a new project, but for now it's the home of STARDROP. I am planning to stream some dev stuff every now and then or play a game. I'll be limited in time so it's going to be a bit of a spontaneous, spur of the moment kind of thing. Be sure to follow me so you'll get a notification when I decide to stream. :)

STARDROP - Chapter One Update (For Backers)

I've had a few updates since launching the SCI campaign and for those who have not read it yet, you can find out what these changes were.

12/10/2016
Fixed:
- several spelling errors across a number of computer interfaces aboard the SD-01.

Changed:
- Changed the trigger conditions for the final scene in Aryn's apartment. (some players wouldn't trigger it thinking there's nothing left to do)
- Changed what happens when exiting Aryns apartment. Instead of going back the the main menu the game will go back to the Finix Ops office on the Stardocks and the SRO Missions will now be available.

That's It For Now

I'll do my best to continue updating as much as possible. If things get too hectic I'll probably wait until I can do a proper monthly update like the one I did today.

To all the backers I want to say thank you and to everyone else, I hope you'll stay tuned. There's more on the way and I'm really excited for it.

Thank you for reading and take care,