Today I'm talking about the game and it's current situation as well as the teaser trailer and ways to help support the game and gain access to chapter one. Oh and I'm announcing a new DLC update for our backers. 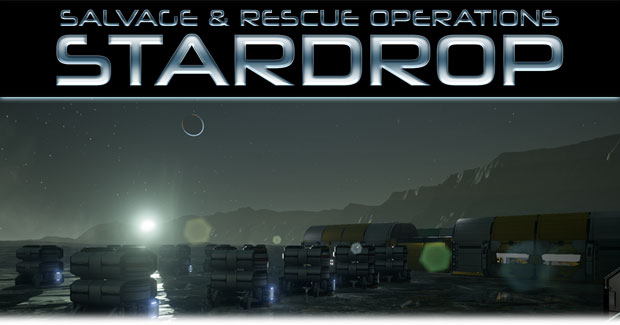 About That Teaser Trailer

It's a lot of text in this article, sorry about that but here goes.

For a long time I have and still am finding ways to get people excited and intrigued with STARDROP and it's been the single most difficult thing to do. Making a game without any violence, horror, basically any lack of action is a tough sell. Combine that with how the game's narrative is structured it's even harder to try and excite people.

I fight for STARDROP every single day. I wake up thinking about it and go to sleep thinking about it. How can I improve this, how can I make that bit better. What if I take this angle over another. I love solving these things and it's quite interesting seeing how things have evolved. I'm very happy with where I am right now.

I wouldn't be fighting so hard for it if I didn't believe in it so much and the reason I can't give up is because the story's conclusion is so ingrained into my mind, with all the little details. I can play it back in my mind without any issues. I want people to experience it and be able to say, okay wow. I love stories that have a solid ending and I have such faith in STARDROP's one. And that's the tough sell for me. Without wanting to spoil anything and I don't want to hype anything either.

I'm meant to hype the hell out of my game. To talk the big talk but personally I think it's not the kind of game to really hype about. It's not some scifi epic with grand story elements set on a larger stage. It's a very intimate experience in a way. Hyping a game like that isn't easy and I surely have not yet found the right way. I don't want to set people up for disappointment based on some hyped up trailer promising things that aren't in it, like some other game has done recently. I think the teaser trailer is as fair as I could make it for now.

So, how soon is soon? I'm not entirely sure it all depends on how things will go. The first chapter (not the demo) is pretty much finished. I've worked around my limitations to the fullest extent but I'm very happy with what I have so far. Without any resources or funding there's not all that much I can do, except further polishing the game and finalizing a few more features, such as keybinding. But I still have a number of options that I'm exploring and I hope to be able to work with those and finish the game in one go. Until I do however, things are becoming tougher by the day for me.

I won't go into details but I'm starting to reach a point where I have to ask myself if I can keep up with putting so much of my time into the game because as most of you are aware of indie developers in general struggle to keep their heads above the water. I've said it before that I won't give up on the games I'm working on but even while I finished 1187 and shipped a game from alpha to final release I had to give up on episode two of 1187 and it still bugs the hell out of me. But I'm going to say it anyway because I won't give up on STARDROP. I believe too much in it's story and have put much more of myself into the game then anything before it.

But I do have problems, problems that I can't easily solve. My computer is seriously starting to break down. My GPU is running on only one of it's two fans. My monitor is showing scan lines, or the equivalent of scan lines. My mouse is now registering double clicks on both buttons more frequently now which is a pain in the buttocks. I'm long overdue for replacing these.

But you can help. As some of you know I've ran a kickstarter campaign that failed and while I was working on a relaunch I am currently not able to do so due to a number of (personal) issues. Instead of just putting up a donation button I opted for something different.

I crated my own crowdfunding campaign. One that's aimed for the fans and the people who want to see STARDROP succeed. I created a new set of reward tiers and even with the lowest tier, you'll be able to play the full first chapter. You don't have to wait for the main game to come out and it's incredibly polished.

Please read the details over at the SCI Page here: STARDROP Crowdfunding Initiative 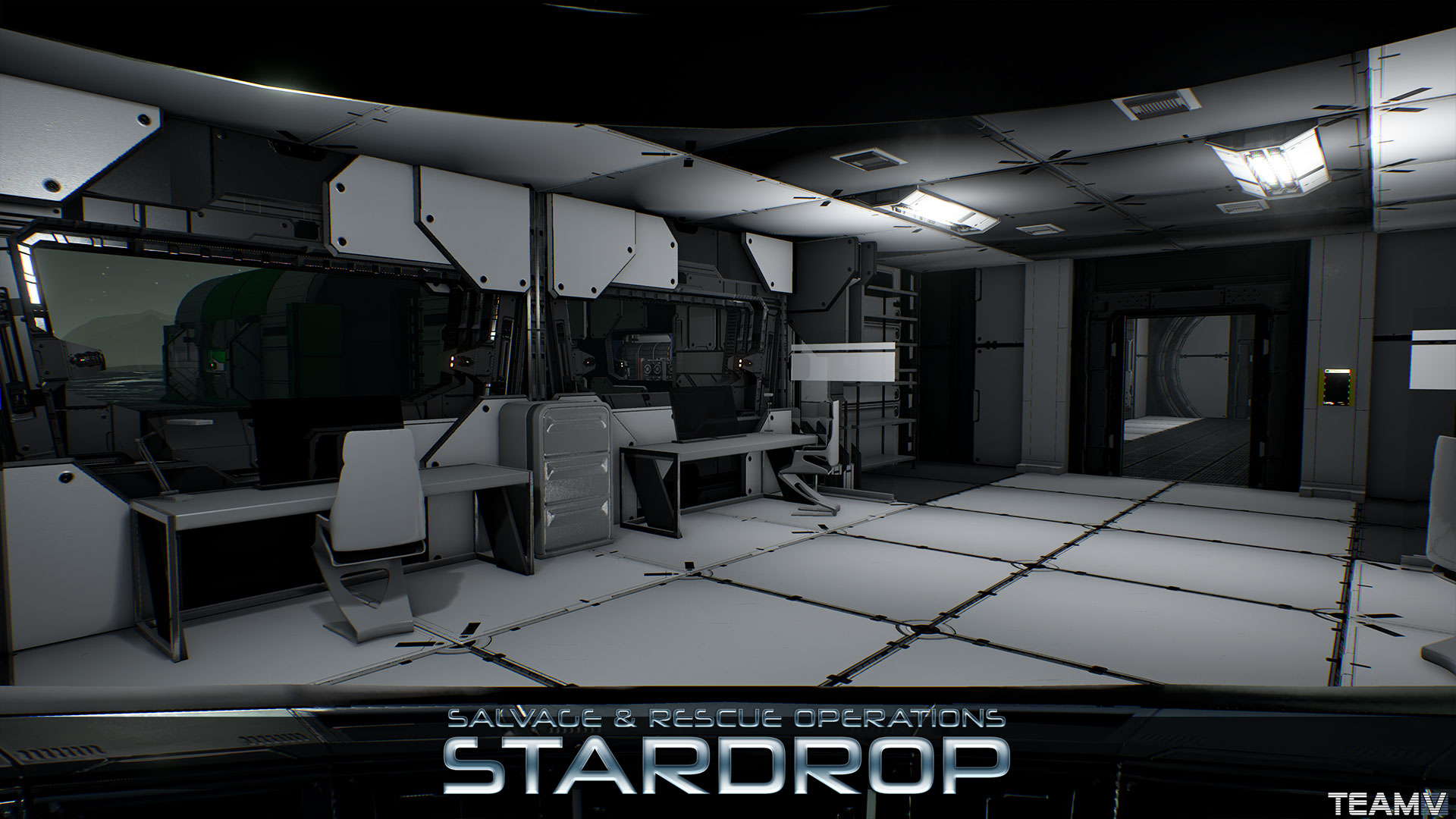 SRO Missions are short DLC side mission that are slightly more challenging then the main game. and a way for me to show other sides of the salvage and rescue business. While initially not wanting them to have much voice work in them at all, I will make exceptions and the 2nd SRO Mission I'm currently working on will be one of those exceptions.

Backers and owners of the STARDROP Chapter One will receive these missions in updates for free. The new mission is set on an outpost where Aryn responds to a distress signal.