I'm a happy Swede that has a thing for playtesting (QA). I'm currently the Lead tester for Zombie Panic: Source but some other modifications that I have tested or am currently testing are NeoTokyo Source, Decadence & Fistful of frags.

The NeoTokyo developer Leri "pushBAK" Greer leaked some sekrat screenshots of the new reskinned Ghost from the upcoming Source mod in the IRC channel #neotokyo.

Not to worry, the nipples are intact!

If you want to stumble across leakage like this or if you simply want to support Neotokyo then make sure to idle in #neotokyo @ gamesurge.net on IRC.

I've been playtesting Neotokyo for about a year now and with a release around the corner it is really shaping up nicely. Game is awesome and we just had a 4 hour playtest session, was a blast!

I'm not a fan of anime or those old games that NT is influenced by, I wasn't even all that interested in NT when I first heard about it. I thought the story sounded interesting but I'm more of a Post apocalyptic theme freak (Zombies woooo) but I got an invitation to test from Deej (he has contributed levels to ZPS) so I accepted and man was I surprised. The mod is completely top notch with it's unique style and exciting gameplay, it is really getting the attention it deserves lately and today I'm very glad that I accepted that playtest invite (thanks Deej!). I'm sure many people will enjoy it as much as we do when testing!

Here are a few screenshots I took during todays testing session (NOTE: I'm using a 128mb DX8 videocard, graphics are not the best & death icons are messed but the mod runs great on this old rig I'm using): 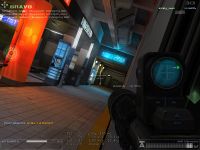 (Enemy around the corner!) 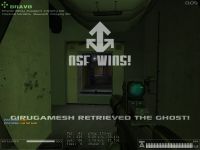 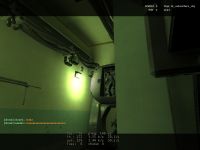 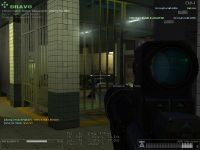 (Ambush from the side) 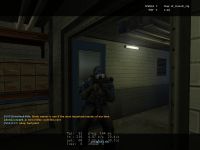 Now all of you NT fans out there, sit tight and await the awesomenetz! I'm pumping NT soundtracks to the max @ Neotokyohq.com
By the way, I will do nasty things to get my hands on the NT OST (I'm broke).

I'm a HUGE zombie fan. I like many others started out playing the Resident evil games on Playstation etc when I was younger and that got me hooked on the Undead genre, a genre that is quite special and unique if you ask me. I'm a big fan of the whole Apocalypse scenario but stories involving zombies are my favourites.

Since those RE days I always wanted to play a Zombie themed multiplayer game. After being an active player of Vampire slayer (HL1 Mod) for many years I ran into Zombie Panic which was just released and playing that was a completely new zombie experience for me. I had seen a few Zombie movies, not too many, mostly the classic Romero ones but also others. Today I've compiled a list of the Zombie movies that I have seen up until now. It's not that short anymore and I keep adding to it, I'm constantly looking for low/no budget Zombie flicks to enjoy.

Some are of course better than others but I enjoyed watching pretty much each and every one of them. I might talk more about my favourites later. I'll also talk a bit about Zombie fiction, which is something I like more than movies!