I am a Star Wars, Lord of the Rings, Star Trek fan who likes RTS games. I also think the CIS droid army is cool,I prefer the B1 voices in Episodes One and Two. But the ones in TCW are Still pretty good. I also like the Empire,(stromtroopers and AT-AT, plus Star Destroyers are cool), I don't care for the Death Star though. I like the Jedi as well, I don't like the Sith.

Possible fixes for base game with my mod

possible fixes for base game with my mod

There will be possible fixes for my mod .05, don't know if it's just my version of the game or everyone has these problems. 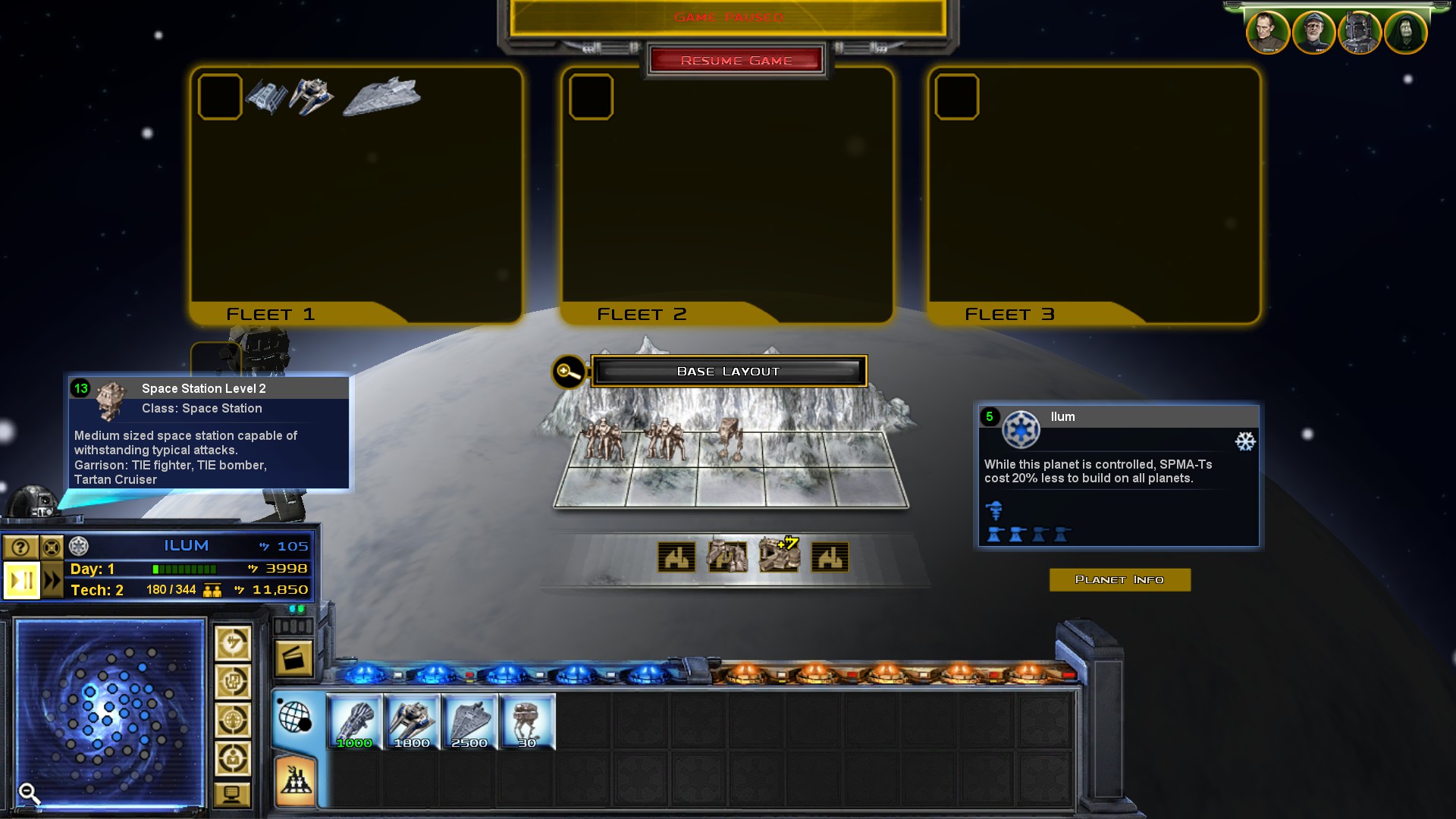 To make sure, if these need to be fixed can a modder please tell me how to do a clean install on Steam

I have planned to make my own mod, but it will be just a FOC base game one.

I have no idea why she wasn't in the base game to begin with.

Planetary Defenses are 25% off

For those that know how to mod could you please note me, I have some questions on modding the game. Plus my steam version of the game needs to get reset, any idea how to do that. I will be posting the glitches I get

How do I fix Empire at War FOC? via steam

how do i fix empire at war foc? via steam

It's been awhile since I posted a blog, but to those modders out there is there a way to enable the field commanders for the Empire and Rebels to show up on ground battles in FOC?

I am first going to try to do a clean install of Empire at War via Steam. The Zann seems to do their own modding to the game lol, via having rebel barracks and their troopers. Which makes land battles a big pain.

The field commander still shows up in space battles: Moddb.com

I am New to Moddb and a bit about myself

i am new to moddb and a bit about myself

Hello, I am new Moddb so I don't know much about the site. I am a Star Wars fan, I really like playing Empire at War and Galactic Battlegrounds. I really like the Republic at War Mod,(I downloaded it before I made this account), I am also a Battle droid fan. Maybe one of the reasons, I choose to play as the CIS in the Mod. Is that I think the droid army is cool, in the Star Wars The Clone Wars show battle droids were used by the Republic for a stealth mission. For the Galactic Civil War I would side with the Alliance to Restore the Republic, fighting the Empire. For the Clone Wars maybe the CIS or Republic, hard to choose though,