This is a project that's been rolling around my head for a few years now. Essentially, I wanted to merge the gameplay of RTS games (such as Red Alert) with an ongoing campaign structure and focus on a small group of units. This is in no small way inspired by Games Workshop's Necromunda, though hopefully it is different enough to avoid litigation (they don't own the genre...).

The focus on a small group instead of a vast army changes the dynamic - terrain and visibility are now more important, and the fixed number of units makes them considerably less expendable. It also frees up a lot of CPU time, which can be used for interesting features such as true-visibility (instead of a radial fog-of-war), which allows genuinely long-ranged weaponry.

Currently the project is in a playable state, with the RTS engine mostly complete (needs gametype/map selection, and multiple game modes), and the RPG mode conspicuously absent.

SKIRMISH PROTOTYPE
The Skirmish Prototype is a test of the RTS part of the game. It exhibits the squad-level combat that's rare among games of this genre. You control a handful of units, equipped with long range weaponry and 'true visibility' - you can see exactly where they can see, and are not limited by a radial fog of war. There is no construction or respawning - units slowly regenerate health when out of combat, so it makes sense to attempt a retreat if things are going badly.

Well, it's been a few months, so I figured this deserved an update. While still subject to (probably major) tweaks, the engine has been vastly improved.

However, there's currently only four game modes/map types selectable, with no team selection. I'm planning a patch that should be released in a month or so, which will enable these, but until then gameplay is limited. Sorry. Stay tuned! 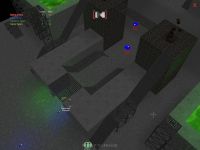 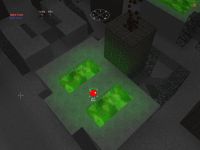 NUCLEAR WAR IS BORING
Planning for the far future, it's occurred to me there's only a limited amount of time I can spend procrastinating on the RTS mode. I've got ideas for the RPG mode, but no firm story. Here's where YOU come in: I need suggestions for post-apocalyptic scenarios that would more or less fit the premise of the game. In other words:

So...if you've got any ideas, post a comment to the game's profile. Hijack my game for your own ends! It'll be fun!

A Year in Review - August

August is done and dusted with many big named mods for both Unreal Tournament 3, Half-Life 2 and Fallout 3 coming out, it's easy to say that last month...

Another week goes by time for the Modcast Crew to fill you in on a weeks worth of modding!

Skirmish Prototype for the game ZERØ. See readme.txt for install instructions. Currently only has four fixed play options - I'm working on the advanced...

Wow this game is really fun right now! You need to keep developing this to make it better! I'm eagerly awaiting the next version!

Is it worth trying ?

Thanks :) (I didn't want to reply myself, because OF COURSE I'm going to say yes...)

For those who care, next update is coming along nicely. Should add a lot of replayability.

Hey how goes work on this you still up and at it?

Yes. Sorry for the late reply, been busy coding :)

How much work is currently still to go? Looking forward to next update.

Quite a bit, unfortunately :(

I probably shouldn't fail my final year at uni, so the amount I'll be able to work on this will be limited as I gear up for exams. I'll try to get an engine update out soon, but it won't have any new gameplay features. I'm not giving up on this, by any means, but progress is going to be slow.

Thanks for the interest!

The Ø char is the mathematical symbol for the 'empty set', as well as a bunch of other stuff (including the o in underoath - I think it's a Scandinavian character of some sort).

That's the context I'm using it here, anyway - it's only tenuously relevant, like the name, it just looks/sounds cool :)