Take on Duelists around the world with "Yu-Gi-Oh! Duel Links"!

- Voices from the anime heighten the Dueling experience!

- Intuitive controls for beginners! The depth to satisfy "Yu-Gi-Oh!" veterans!

- Build your ultimate Deck and aim for the top!

Step into a world that crosses dimensions and connects all Duelists. In Duel World, any location transforms into a Duel Field where heated Duels unfold!

* Japanese text can only be selected if you started the game in Japan. Japanese voices are not available.

Duel as your favorite characters from the "Yu-Gi-Oh!" world and complete Stage Missions to earn various rewards!

New cards can be obtained from the Shop!

Earn Skills and rewards by leveling up your favorite characters!

With "Yu-Gi-Oh! Duel Links," engage in heated Duels anytime and anywhere against players around the world! Climb through the rankings and claim the title of King of Games!

Build your very own Deck with cards you collect in-game and take on opponents!

"Yu-Gi-Oh!" is a popular manga created by Kazuki Takahashi that was serialized in SHUEISHA Inc.'s "WEEKLY SHONEN JUMP" from 1996. Konami Digital Entertainment Co., Ltd. provides a Trading Card Game (TCG) and video games, based on the "Yu-Gi-Oh!" anime series created from the original manga, that are enjoyed around the world.

How to Enter in the WCS/Tournament Flow

In addition, players who reach Platinum Rank 1 will be able to receive 1 Basic (non-foil) SR card!

Details on the Qualifiers

Enter the WCS from the PvP Arena! You will be automatically assigned to a group based on your geographical location when you first opened the app! 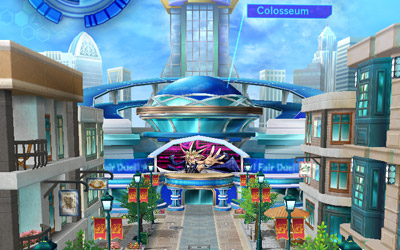 Duel against other players in your group and try to reach King of Games!

Details on the Final Qualifiers

You must accept the Terms of Entry for the Qualifiers to join the Final Qualifiers.

Duel against other players who made it King of Games in the Final Qualifiers! You will earn DP if you win and lose DP if you are defeated!

Player Rankings will be based on the amount of DP accumulated at the end of the Final Qualifiers! High ranking players of each group will be invited to the WCS Finals!

Regarding the WCS Finals