You, B.J. Blazkowicz, must stop Nickolaus Siegfried from taking over the world. After you have killed Hitler, Nickolaus took his place as Führer. You're mission, is to eliminate him, no matter the cost. He is hiding out in the castle known as Wolfenstein, the same castle you were imprisoned in when Hitler was still Führer. On you're way to defeat Nickolaus, take any documents, or treasure you find. You must not fail. You are our best option. Once you have killed Nickolaus, we will send an evac-team to pick you up. Good luck Blazkowicz, and may God be with you.


Done
In Progress
Not Started

Recently, I've been pretty lazy. I said I would probably release this game on Christmas, but because I didn't work on it since the last update, I wasn't able to give you guys anything new. So I'm truly sorry. But Christmas is over, so now that that is out of the way, I have more time to work on the game. I plan to release it in the next week or two, but I can't be sure.

Well, now time for the good news. I recently installed all the components needed to continue development. I have all the textures, sprites, software, everything I need. But I can still use some help from you. One reason I stopped development recently was because I thought this game was a waste, and that no one would ever care about it. Now I realize that there are some people out there who care. K!K!, luiz0regis, and spyguy are all my oldest watchers, and has supported me through all our hardships. It doesn't matter if this game never does get any more popular, I still have three watchers to take care of. I want to thank you three for sticking with me this long. If it weren't for you three, this game would have never seen the light of day. Once again, thank you three.

I would also greatly appreciate for you to help me out. I could use some motivation to keep me going. You don't have to if you don't want to, I don't demand anything from you, but I'm just saying support would really help.

Now I would love to post some screenies, but it wouldn't be anything new. Like I said, I have worked on it since the last update. But I might post a video tonight. I really want you to see how far we've gotten. But, just for those who haven't seen the previous update, her are some screenies I have posted before... 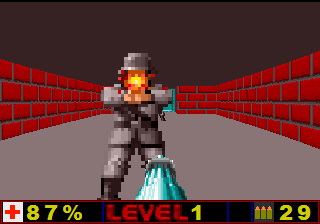 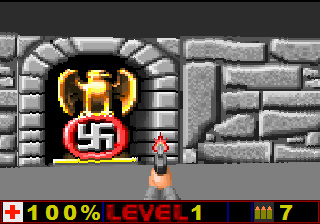 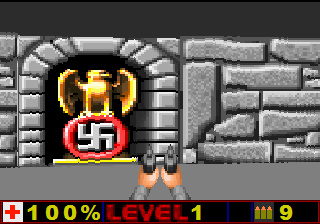 Once again, I'm sorry for the long delay. Please forgive me. Thank you all for the support, and I will see you, next time. God Bless.

With the final release getting closer, it's time to talk about the release date, sequels, and jobs.

We have released our first beta out to the public!

This tutorial will teach you how to make Wolfenstein Portable to run faster.

This is a 3d ww2 shooter that gives the best (raycasting) experience. There is no virus on this file scan if you want!

This is the beta version of Wolfenstein Portable. Please report any bugs.

Is the project dead?

Just started working on level 7! After 7, level 8 will be worked on, then just some polishing on the game mechanics, then its done!

Will this include more than just singleplayer?

well, the engine it runs on wont be capable of multiplayer, so their will only be sinlgeplayer. sorry

haven't been working on it as much as I probably should have, but it doesn't mean we haven't had any progress :D so far, reworked some of the wall textures to original wolfenstein textures, fixed some map bugs, and reworked map 2, which, honestly, really wasn't that great at first. but i gave it better variety and added more details.

It sounds promising, I wish you the best of luck on this project.

thanks. i appreciate the kind words.