I am a beginner java programmer and this is my first actual game.i don't have a set in stone plan but I'm just going to let the game shape itself as times goes on depending on the feedback i get.as of now the game is a waved survival game where each wave gets harder.there will be all kinds of weapons and I'm not sure exactly what will be coming at you. probably humans at first then monsters of all kinds after that.please give me any feedback or suggestions.i cannot model very well so what i get is from other people and if you can model i would be glad to use your work.

Sorry it took longer than expected to get an update out to everyone. My whole game world file got messed up somehow and i had to rebuild my game world. although my code was saved so it wasn't that bad. i will back everything up from now on so this doesn't happen again. But anyways here is the update.

Very basic HUD. plan on making this look a lot nicer in the future but for now it serves its purpose. 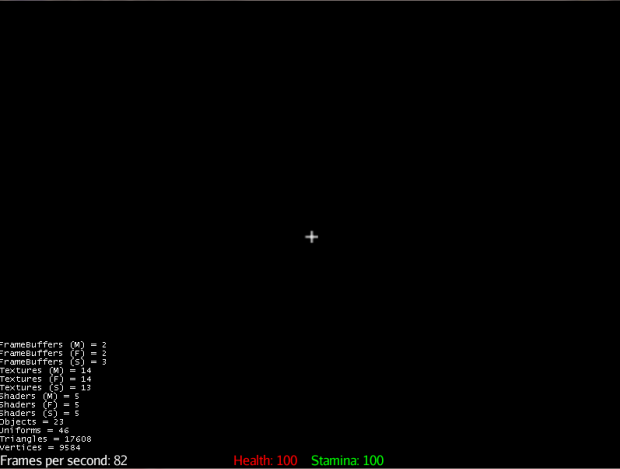 I improved the textures greatly so instead of just color we have actual good looking textures. 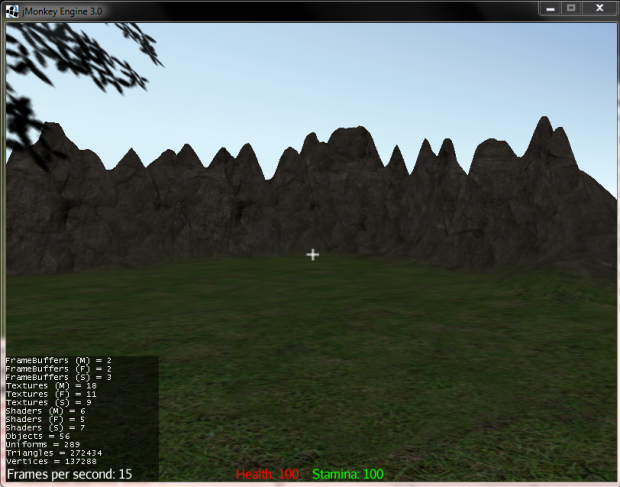 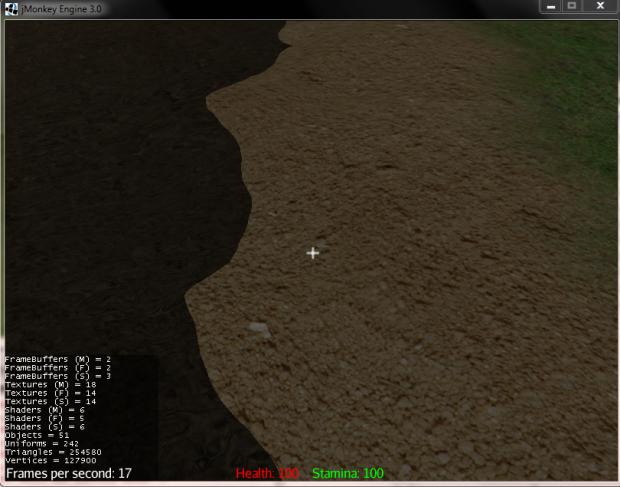 Honestly these trees aren't very good. getting any assets into this engine has been a real big problem for me but i think I'm finally getting it down. i will have nicer looking trees and other assets coming soon. 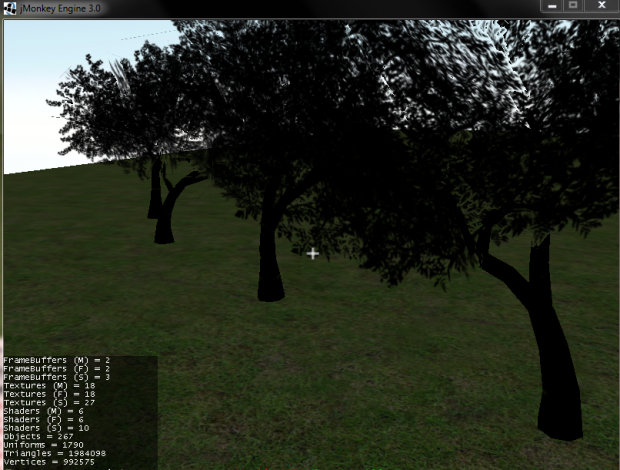 This is the first projectile because it was fairly easy to make and i need it for testing purposes (mainly physics testing) it does shoot were the cross-hair is aiming so you can be accurate. This will later be replaced by actual weapons. 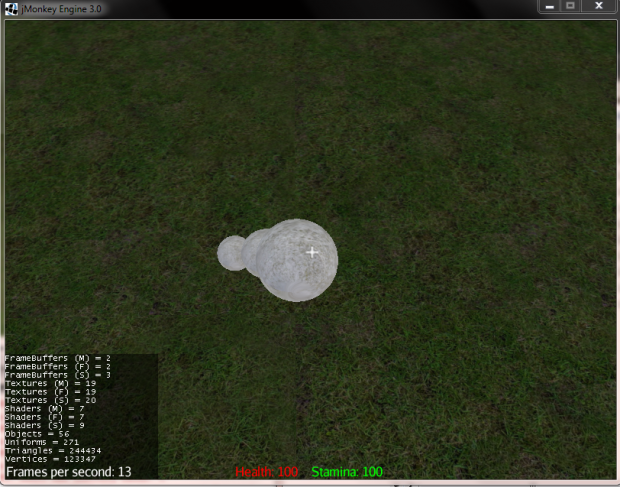 Here is a list of a few things I'm going to be working on for the next update. so stay tuned.

I am in need on any good modelers and/or level/world designers. i am not a good modeler at all and would really appreciate if someone would like to join this project or just donate models.

- thanks for taking your time to read this article. I hope you enjoyed it as much as i enjoyed making it for you.

First update explaining the state of the game with screenshots.