It's June 6th 1944 and the Allied Invasion of Europe has begun. Storm the Normandy coast as the revered British Commandos, take and hold crucial objectives as the elite 6th Airborne, or hold the line as the fierce German Wehrmacht in this tactical multiplayer squad-based shooter.

Lead your team to victory by suppressing the enemy and using squad-based tactics to win the fight. With its real-world battlefields and painstakingly recreated weapons, equipment and uniforms all rendered in the stunning CRYENGINE, Vanguard: Normandy 1944 challenges players to fight and secure historic WWII objectives during the most ferocious and intense battle of modern history: D-Day.

In these interesting times we have continued to work hard behind the scenes on the upcoming update to the game.

The launch of the game did not go as smoothly as we hoped but that does not mean we have given up on the project. The game has been our passion for years and we are not going to give up now.

Our plan after 0.5.9 went live was to put together a major update and launch it with a fresh marketing push and promotion, including a free weekend. However, adding the new features, testing, bug-fixing and re-testing is time consuming and it has taken far longer than we intended.

The reality is however that we are unpaid volunteers working on the game because we love the project, but we do have to work to pay bills and put food on the table and in these interesting times the new update inevitably has taken much longer.

The good news is the update is (nearly) ready for launch. 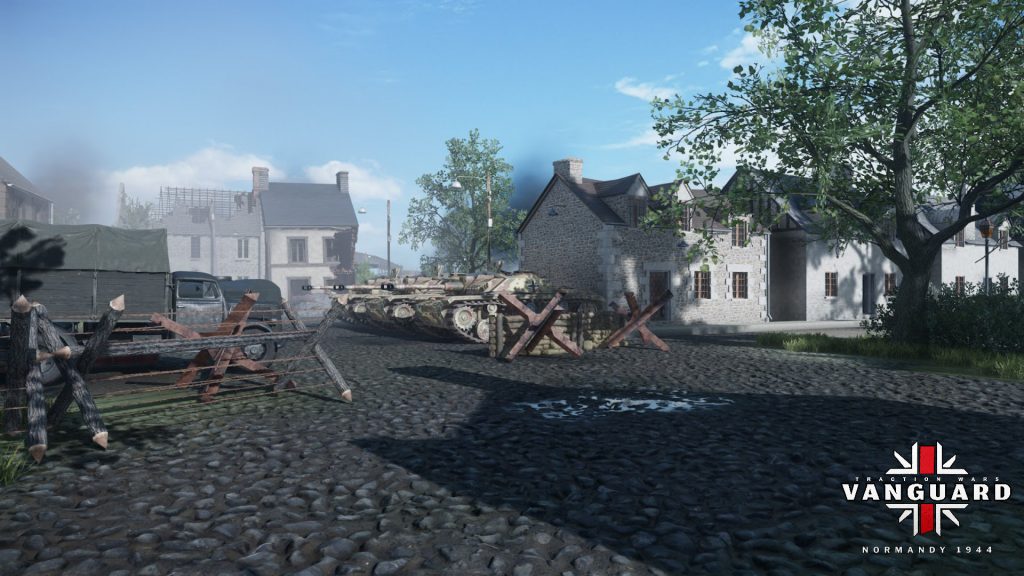 Why have we been so quiet?

We have been hard at work on developing, testing and improving the new update. We really appreciate the help of the community and their participation in the tests for the new update. These tests have been vital in helping to identify bugs and the feedback has been invaluable.

As always, the team can be reached on discord.gg/vanguardww2 and we have made a conscious effort in the last few months to respond to the community more quickly in all the usual places.

We could however use more help in keeping the community up to date.

In the past many of our team have gone onto careers in the gaming industry. They developed their skills and CVs with us and we are proud to have helped them on their way. Perhaps you could be the next? 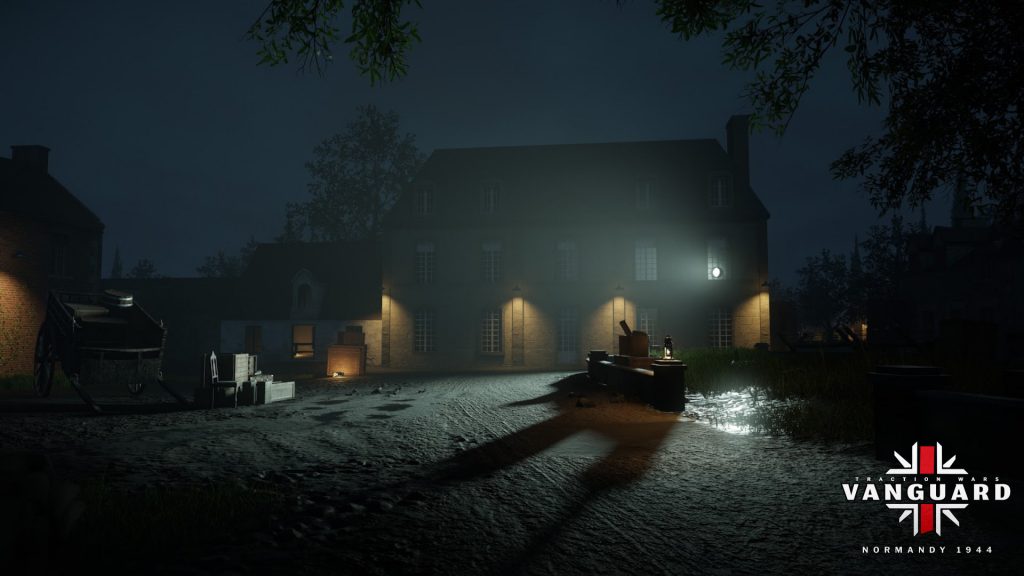 What can you expect from the next update?

The “REINFORCED” update brings Canadian and elite German forces to the game on a brand-new map, Carpiquet Airfield. The airfield was the location of heavy fighting during the Allies push towards the city of Caen and a critical objective of the Allies during the Normandy Campaign.

Carpiquet features open countryside, the outskirts of the village and the airport itself for a wide range of terrain and tactical options.

In addition to literally hundreds of bug fixes, graphical tweaks, performance improvements and small changes other key highlights include:

We have also added a new spectator cam which can be used to fly over the whole battlefield and watch the action unfold. Access to the new camera is restricted to avoid exploitation and cheating so if you would like access for your channel to commentate on games or other creative uses, please contact the team.

We are planning on releasing the new update early in the New Year and we are currently working through the essential fixes and changes from the latest full-scale test.

We are planning a final test in January and assuming all goes well we can then fix the date of the free weekend and start the pre-event promotional push.

That is all for this update. We wish everyone a happy and relaxed holiday and we look forward to meeting you all again on the battlefield in 2021.

Today we are releasing the latest quality-of-life update to the game 0.5.8 which brings persistent stats tracking to the game for the first time and a...

Today we are pleased to announce our third major patch since launch; Vanguard 0.5.3. As with our last two updates this patch is focused around both quality-of-life...

Last week we launched Vanguard: Normandy 1944 onto Steam Early Access. It has been a great week seeing people playing and enjoying the game, and we are...

It’s June 6th 1944 and the Allied Invasion of Europe has begun. Storm the Normandy coast as the revered British Commandos, take and hold crucial objectives...

VOIP built into the gameclient ?

THEY HAVE MADE IT, THEY REACHED THERE GOAL~!!

Vanguard is from now on a house hold name in WW2 mp gaming,
so awesome!!

That is strange, yesterday Kickstarter said you were aiming for $12,932.
And today it is $13,011 again. Strange. Guess the error was yesterday because before that the aim was also $13,011 as goal.

I really do hope so that you guys make it. One more day, and 100 dollar or so to go. Well, that can't go wrong. Even when you just in the last hour pay yourself the rest amount, lol.

O my God! This is SOOOOOO exciting!!!

I hope so that you will reach it guys, you really deserve it.
Come on people,back these guys up!!!!!!!!

We will have tanks or only infantry?

Vanguard will be infantry only.

Yeah, just when Post Scriptum comese out. Apparently quite a few small indie teams figured 3-5 years ago that a WW2 FPS would be welcome. They were right.