Tribal Hero is an online slow paced city building and war game. Tribal Hero provides one of the best experiences in this genre since we provide deep strategy and high flexibility in how you can build your cities. If you've played similar games, be sure to give this a try.

We finally have a new set of roads you can use in your city. It looks great with any of our existing themes! 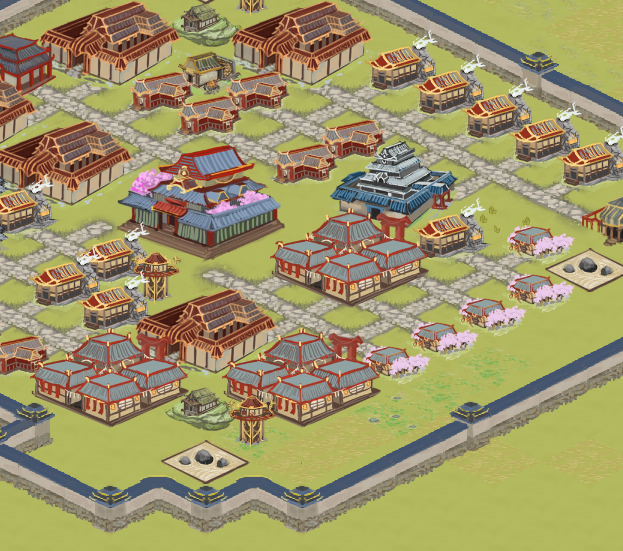 And the full set of changes

Play now, it's totally free without any pay-to-win.

Troops will train in half the time and cost half the resources, new road set in the store, more Strongholds to battle over and more. This is going to...

Brand new graphics, an entirely new city building dynamic, and a slew of intelligently designed gameplay tweaks have made Tribal Hero the most strategic...

A deeper look into our new graphics

We're currently working on updating the graphics for Tribal Hero. We hope to show a couple of examples in this post and where we are going.

Update 0.74 and the start of a new world

This new update focuses in on making the game more balanced than it's ever been. We've also started a new world so it's the best time to start playing...

The Gfx-Style is just awesome. One must be very talented to get pixelart right.

Great game with no Pay 2 Win features, I enjoy alot!

Usually when I play these kinds of games I either give up or forget about them after a few days. Tribal Hero was different. I was intrigued by its non-pay-to-win features, clear graphical interface, comprehensive tech tree, and great community that kept me coming back and playing. I highly recommend this game to anyone with a bit of patience as the beginning of it may be a little boring.

On its surface, the basic rules are rather simple and it takes very little time to learn what you need to know to get going and it is quite easy to learn along the way.

That said, an inherent and surprising complexity emerges from those simple rules (as can happen in many well-designed and/or well-balanced systems) which allows for a surprising variety of strategies, both by an individual and as a tribe (the groups into which players can organize themselves- it is called Tribal Hero, after all).

There is a lot there for many people and it is the type of thing that you can look at for a few minutes a couple of times and day and maintain success.

The community of core players is well-versed in the finer subtleties of the game, and their willingness to share that knowledge with those who are new to the game is astounding for an internet community. Further, there is an exceptionally low tolerance from the moderators and admins for any type of behavior that is spammish, particularly annoying, threatening, insulting, involves cheating, or ruins the game experience for any individual or tribe.

This combination ends up leaving this game in a rarefied place amongst its peers in that there is absolutely no cost to play a great game that is meticulously well-maintained and truly cared for by its creators- creators who are constantly trying to improve upon their work further. Those who enjoy it range from the most dedicated of gamers to those for whom a long game of tetris is a week of heavy gaming.

To be sure, there are a few rough edges; indeed, the game is still a beta. Instead of being much of a complaint, however, that speaks all the more to the promise that Tribal Hero holds well into the future. If this is the unpolished stone, my estimation is that the finished gem will be rather extraordinary!

This is something that is definitely worth a try!

It's a fun little game that you can easily pick up and not have to put much work into. Unlike other similar games, not only is it not pay-to-win, but it also doesn't force you to constantly check it and update it to stay ahead of everyone else. I would try it out.

The graphics are great, especially the roads.
I'm looking forward to seeing more terrain objects and textures... trees, dirt, rock, etc. Flora's definitely missing.
Also, I dislike how clean medieval cities often look in computer games. Almost all cities back then adapted more to the terrain, hardly any were planned beforehand, with straight roads and thing like that. Cities back then weren't rectangular. Of course, you're limited by the tile-based approach, but how about making the roads look less straight? Or how about adding piles of dirt in places, or worn-out parts on the road?

We have a lot of plans to improve the map. We're only a 2 person team doing this as a hobby and have to REALLY prioritize our work. Some of the things I want to do for example:
- Add terrain (rivers, mountains, etc..) and have the terrain affect the gameplay. E.g. travelling through rivers may take longer and different types of sailing research could improve the travel speed on water.
- Allow players to further customize their cities (statues, fountains, etc..)

Not usually a fan of these games but do enjoy how this one plays. :)

The game plays smoothly on any computer I've tried to use it on, in the background of other games or with a million tabs open. My favorite part is joining a tribe (clan) and going into war. Great game 10/10.