The Darkest Words is a nice, short horror experience meant to give you a great scare! TDW is a first person shooter that brings you that nice classic horror feeling while you fight to survive. TDW also needs your good observation through out the map, for it holds many secrets within... (Including an easter egg!You just have to find the key...)

The Darkest Words 1.1 has arrived! 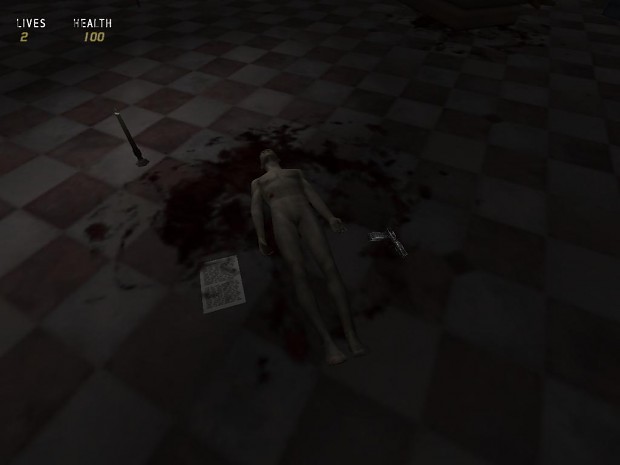 MANY bugs have been corrected, including:
*the switch, turn white after being pulled
*Wall textures, not all have been fixed, buy MANY are better looking
*Enemies not fighting and just falling dead
*Running dark being actually runs faster and will not randomly die
*Bathroom having extra key that is useless 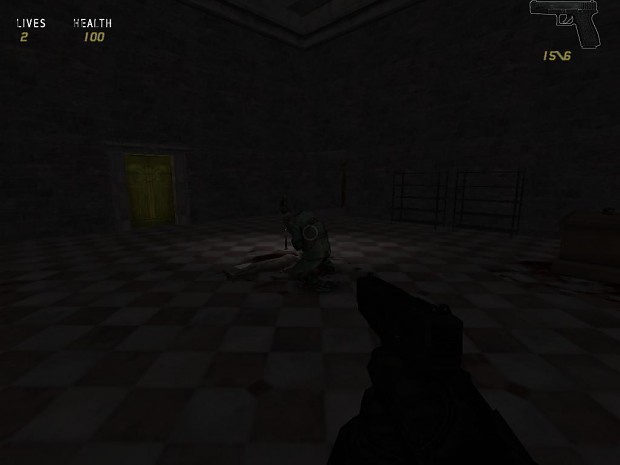 Many things have been added as well:
*A new gun model! Much nicer looking, it'll feel very pleasurable to shoot.
*More ammo, since ammo was too limited last update.
*Much more lighting to set the creepy mood
*More hostile creatures
*A new horrifying boss at the end ;D
*New Gore (yay)
*Statues are now a major threat, be careful players
*New scares, those at which I will leave as a surprise for you to find
*More ambiance, you'll hear a lot of things coming at you, maybe even whispers... Are they real? You'll have to find out yourself
*AND A SURPRISE FOR THOSE WHO FIND THE UPDATED EASTER EGG :D

I apologize for the lengthy loading screen, this update will make the loading screen run slightly faster, but it's still rather lengthy...

Lastly, the mansion has been SLIGHTLY redesigned, much nicer feeling to it, and also more horrifying.

The Darkest Words 1.0 is finally released!

Many improvements have been made since the last version. A bunch of new scares and new designs for the mansion have been added! Also, many bugs and glitches...

My favorite update is here! The game is now a LOT more horrifying and many other things have been added or replaced. The game is slightly redesigned and...

The Darkest Words full version 1.0 is here, with many issues correct from the last version! Now the game is a lot more horrifying much more enjoyable...

Finally the release is here! This download contains version 0.8, more updates will be coming soon, but for now enjoy this early build. Just download the...

A basic, short indie horror title that makes use of various jump scares (and gunplay) while making the player search for keys in a creepy mansion. Low budget, but somehow it came across as bafflingly entertaining. Especially the "easter egg".

Tried out the game. Short, but enjoyable. Would be nice if there was more story!

Yeah, the story was intended to be vague but I appreciate the feedback! Thanks for playing!

Fun game, wasn't ready for that easter egg though. Anyway, check out my LP. Tanks!

Hey! Thanks for playing! Great let's play by the way, glad you had fun!

We made a Let's Play of this, good game, great jump-scares and the ending was great! Tell us what you think!

I have completed my run on this:

Hey! Thanks for playing! You should try out the newer version, I say you would enjoy it a lot more! But really great let's play, very enjoyable to watch!

Tags
Embed Buttons
Link to The Darkest Words by selecting a button and using the embed code provided more...