Starlink is a Sci-Fi real-time strategy game designed for handheld devices (ideally tablets). Play by yourself against challenging AI, cooperatively with up to 5 of your friends, or even competitively against them -- whether on the same device or on multiple (over WiFi or Internet). With procedurally generated galaxies you will never have to play the same game twice (unless you want to). Start with a single star and spread your empire across the galaxy in a "humble" bid for galactic domination. The experience points earned by playing the game -- win or lose -- will unlock new powerful abilities to take with you that will not only tip the scales, but will also invariably change how you play the game.

No time has been wasted since the original mention of Starlink last week. The procedurally generated tactical real-time strategy game will be out on Desura shortly, for all 3 platforms -- PC, Mac, and Linux. 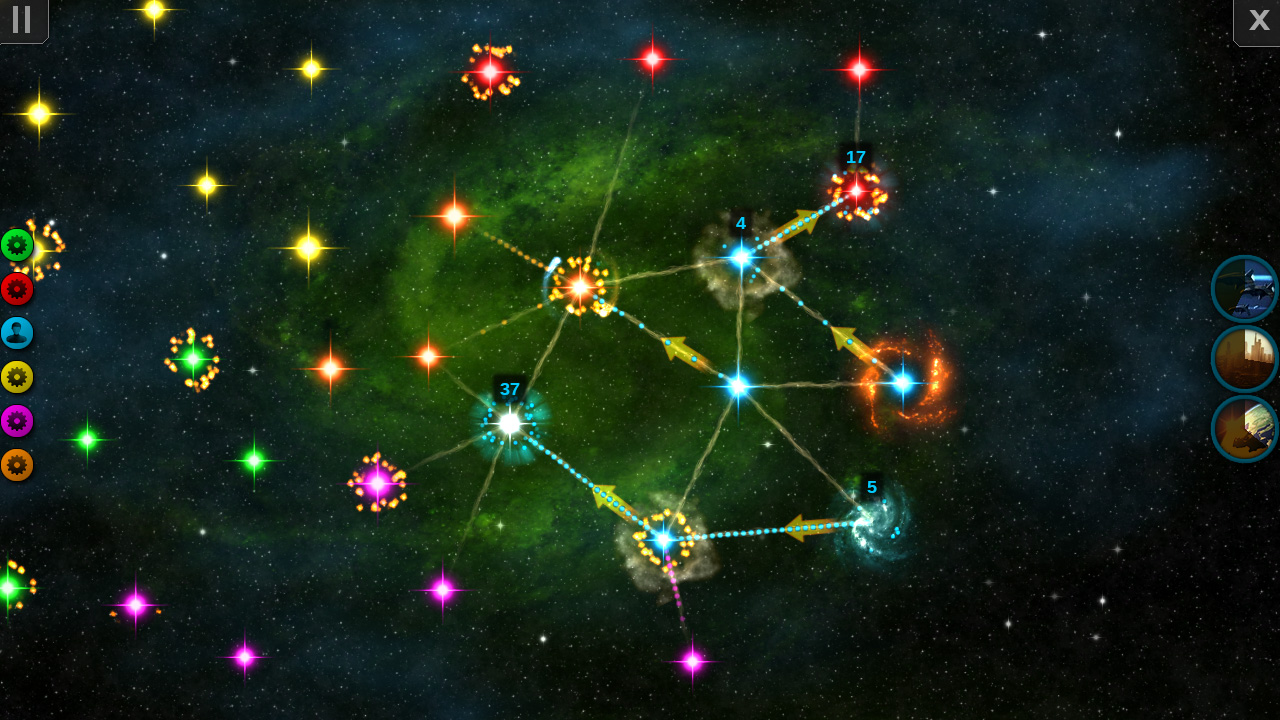 Not sure what Starlink is but curious enough to find out? Here's the gist of it:

Still curious? Well, you can always check out the gameplay video, or even the Web Player build while waiting on the release! 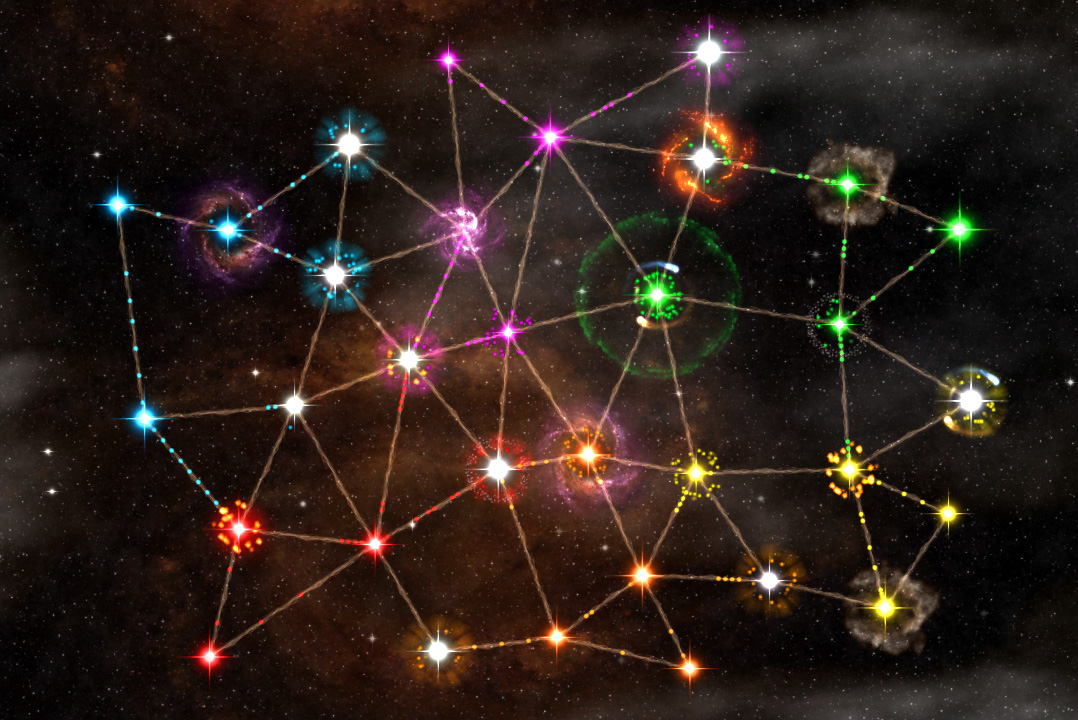 The Development of Starlink

A detailed look at the first and last two weeks of a new Sci-Fi real time strategy / tactics game -- Starlink.

Is there a proper tutorial for this somewhere? The in-game one isn`t comprehensive enough by any means.

I too would like to see a proper tutorial.

Watching videos of other guys play the game and distill a couple of helpful hints isn't my idea of satisfactory learning.

There are a number of things going on in game play that are not explained, nor obvious from the numerous failures as I attempt to play beyond the "Recruit" and "Small" levels. I've finally gotten up to 12 ability points, but keep getting my butt kicked when I go for a bigger galaxy or attempt to rise up to the LT level of play.

So, where are the docs?

Hi there! Starlink is super-addictive! I am stuck with version 130 for some reason (on Linux). How can I update the game? I have tried verifying the file, re-installing, but nothing seems to work.

Starlink.tasharen.com always has the latest versions available for download. If you've started playing using a full version, you can continue playing with the latest free version and your progress and full version status will carry over.

Linux update is... a little troublesome on Desura, unfortunately -- so there is a delay longer than usual.

i knew that i have seen this before, my classmate have it on phone :D

Hi, Aren
I Purchased the starlink.. but why I just got a Lite vesion?

Send me an email with your profile name and I can look at it / fix it - support at tasharen.com

Dear Aren,
I apperantly did something wrong :P
I'm 'suddenly' stuck with the lite version.
I think it might have happened while trying to get the update for the game (with which I was having some issues getting). Un- and re-installing didn't resolve the matter. I hope this can and will be resolved swiftly.
Thanks!

Just get in touch with me via support at tasharen.com and let me know your profile ID (click the profile button -- bottom right corner). I'll look it up.

Will send you an e-mail later.
But, to be honest, I didn't quite like that you said "let's figure out what you're doing wrong". How do you know that I am doing something wrong (which is possible, of course), and it's not Desura or, beg your pardon, yourself? I don't like these (very common) "blame the customer" games.

I didn't intend it as a "your fault" thing. I merely meant what you're doing different from what I've tried before. Just trying to help.