So, I've been working on Soldier Of recently, refining things and adding some features.

Hello, again. Thanks a lot for all of your feedback for the release of the early alpha demo of Soldier Of. In the time between then and now, I've been fixing bugs and adding features. I think I've eliminated all of the holes in the geometry that were present in different maps, which is good, though I won't know for sure until someone nudges around somewhere that I haven't thought to try yet.

I've also got a to-do list of features and bugs that I need to fix. So far, I've gotten quite a bit out of the way of the list - it's pretty easy to just do one thing a day, so that's an advantage. Death and a proper title screen are still on the to-do list, but I'm still whittling down features that I want to add.

I've improved the sewers by quite a bit, adding some minor reflections to the large pool of water under the broken bridgeway, and adding dripping water drops. It really helps to add ambiance to the area.

I also added smaller additions. I added dust when you roll - this gives a little bit more of an 'effect' to it, though it might be a bit too much. :) 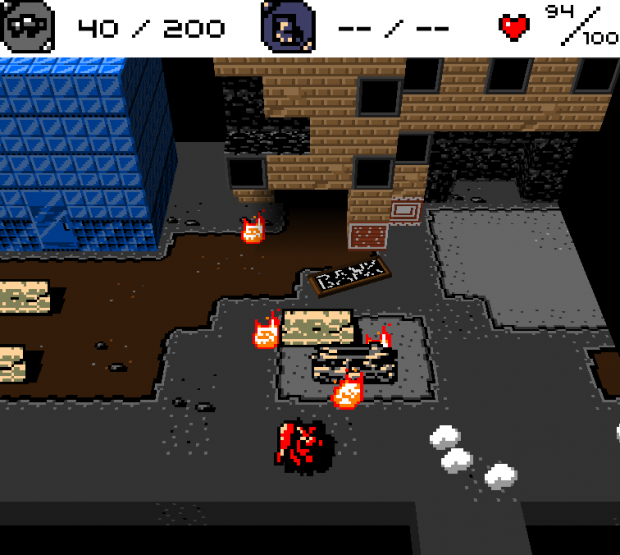 I also added a "RELOAD!" sprite that appears when you run out of ammo. You don't have to do anything - this just tells you that you're out of ammo and will reload. I might change this to be a bar that fills up while reloading, rather than just a flashing sprite. 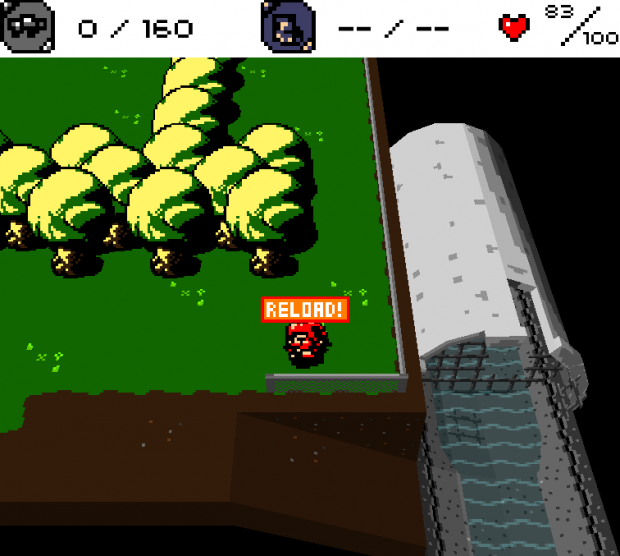 I also improved the enemy guard's aim a bit. It was too easy to simply walk around the enemy and shoot them - now they aim a bit quicker, which should be a challenge. Fortunately, they also drop health and ammo for you now, which should make your journey completable, at least, heh. 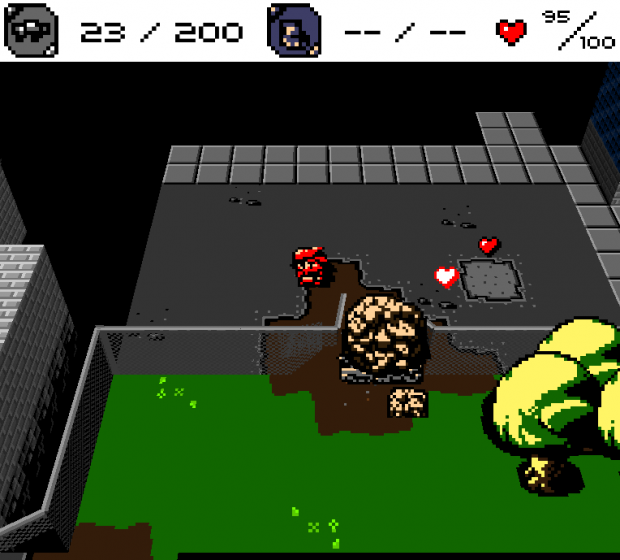 I fixed the player and enemies' shadows - now they follow the ground perfectly. I also added sounds to the enemies' attacks. I still have to get their footsteps, though.

I still have quite a bit to do with the game, but it's turning out pretty good so far. By the way, I recently made a song, though this one is not for Soldier Of. It's called electronic all around. Check it out!

Welp, that's it for now. Thanks a lot for reading and watching this space! If you want to continue to follow development, feel free to visit my Twitter page, my Facebook page, my YouTube page, or my homepage at SolarLune Games! Anyway, have fun!

The idea behind this project is great and i'm looking forward to what will come - keep up the good work! We need more Retro style games!

Thanks a lot! I'm a fan of retro styled games as well, but I want to update them with solid, modern gameplay, and not just have retro-looking titles.

Very cool I definitely think having a bar that fills up overtime to represent reading would be better. Overall great progress can't wait to play it. One question are you still working on sparky?

Not particualarly, no. I had an original idea of how Sparky should play, but my actual implementation of that gameplay isn't very close to my idea, which is why I'm not really itching to go back to working on it. It's still pretty solid from a gameplay point of view, but it's not my original plan.

I might go back to it, but I've been working on another side project (with Soldier Of) recently that is going a bit more according to plan. In any case, hopefully something fun to play will come out of my projects. :)

EDIT: And thanks for your input. I'll probably implement the filling animation soon.

I love the game and the music, but i don't like the shooting style ( You strafe instead of pointing the way you walk, if you understand.) But other then that it's a great game!

Ah, yeah, I understand. The strafing's to allow you to shoot and dodge at the same time - otherwise you would pretty much always take damage. However, maybe I can allow an option to turn it off. Thanks for the feedback!