Fight for valuable salvage upon deep space battlefields. Wreck your enemies on the deadly frontier and improve your Salvage Robot to be the ultimate killing machine! Stake your claim while hunting for valuable treasure amidst the ruins of an ancient alien civilisation. Free to play, action packed Sci Fi Robot Battles! Multiplayer or solo play. Destroy enemy Mechs in fierce multiplayer arenas or go solo in head to head war against merciless salvage raiders and ancient guardians that protect the loot. Gather resources to improve your salvage robot with an extensive array of heavy weapons, cool power ups, awesome skins and lots more. NEW FEATURES ++Embark upon a quest that will send you across the galaxy in a search for the secret behind a mysterious alien message. Play the 'Alien Technology' Game Expansion Pack and discover a huge amount of new game content, including new enemies, worlds, star systems and adventure!++

This month was just mad basically because we moved house - across the Atlantic...
So now we're based in Pennsylvania USA which is, as previously stated, utterly bonkers
and caused a bit of a hiatus with Hive Quest game dev.

Anyways that's all over now and things are largely back to normal so I can get stuck into
producing more content for fans of the game. This time round there are some recent cinematic
improvements with the start menu to show off.
The following scene showing the opening sequence to the game, set in a little girl's bedroom on a
moonlit night, offers a more magical feel than the previous one (set on the porch of an old
farmhouse during the day).
Plus the whole story book concept is a great way of introducing the story line rapidly and
launching the player into the main game play quickly. (The previous version took around 5 mins as Erwin the bug exterminator acted out the whole Hive destruction sequence).

Anywhoo, see what you think!

Also, lots of improvements to the game landscape are underway with new 3D models and effects.
I recently became fascinated by those really tiny weeds you see sometimes if you look closely at
the ground (one of those moments when game dev makes you question your sanity).
'These would make a great addition to the level of detail' I thought, so set about making a bunch
of 3D models in Blender and deploying them in Unity. 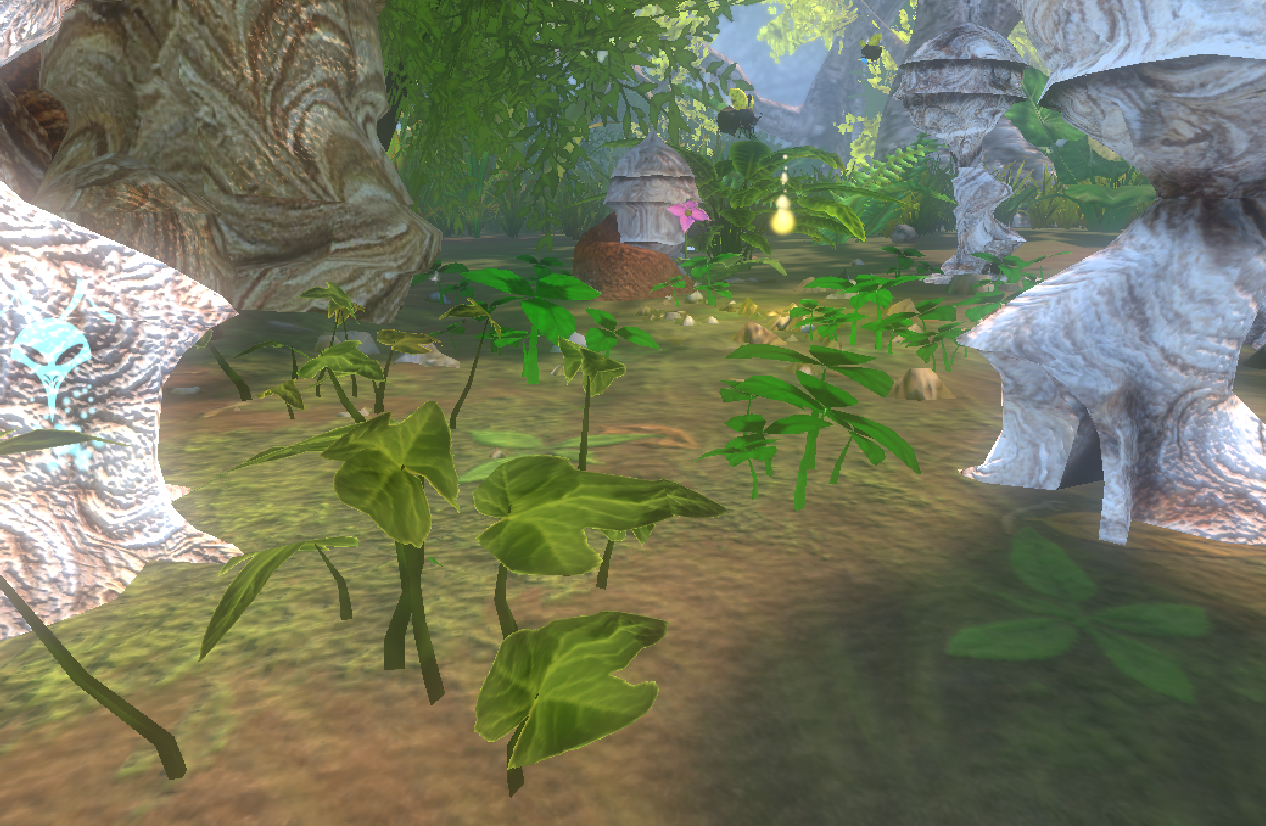 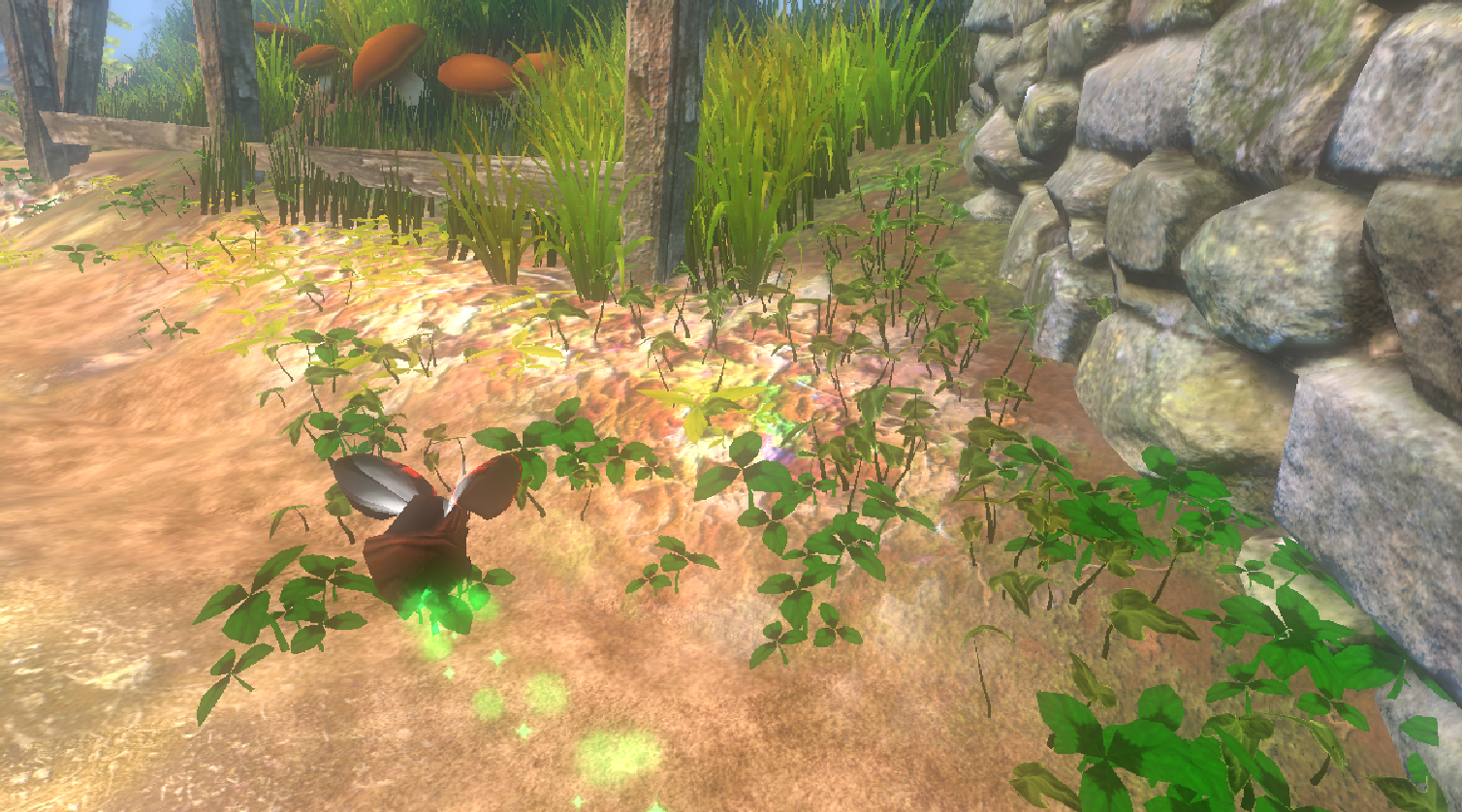 Lastly I want to let you know that the Hive Quest Kickstarter page is being recreated with new content and other stuffs. It's a WIP but please go take a look and hit the 'Remind' me button thing on the right so you'll be notified when the project goes live in a couple of months (and also possibly attract fairies to the nearest green space to your place of residence).

Also, if you like what you see, don't forget to tell your pals and spread the news about Hive Quest. (The Old Orchard will love you forever and it'll make me totally super proud and motivated while I get this all pulled together....)

Buy me a coffee on Patreon and help me keep the lights on! :) 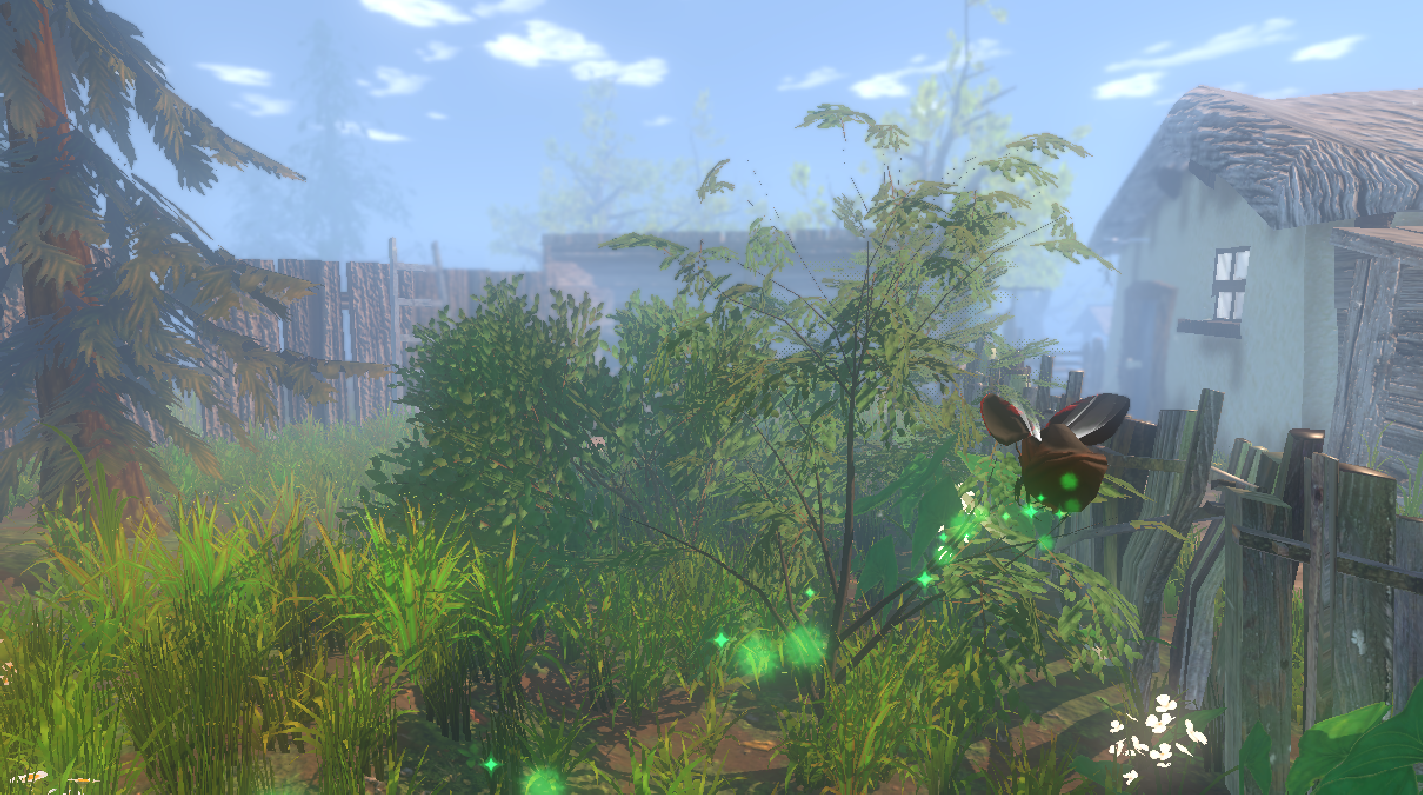 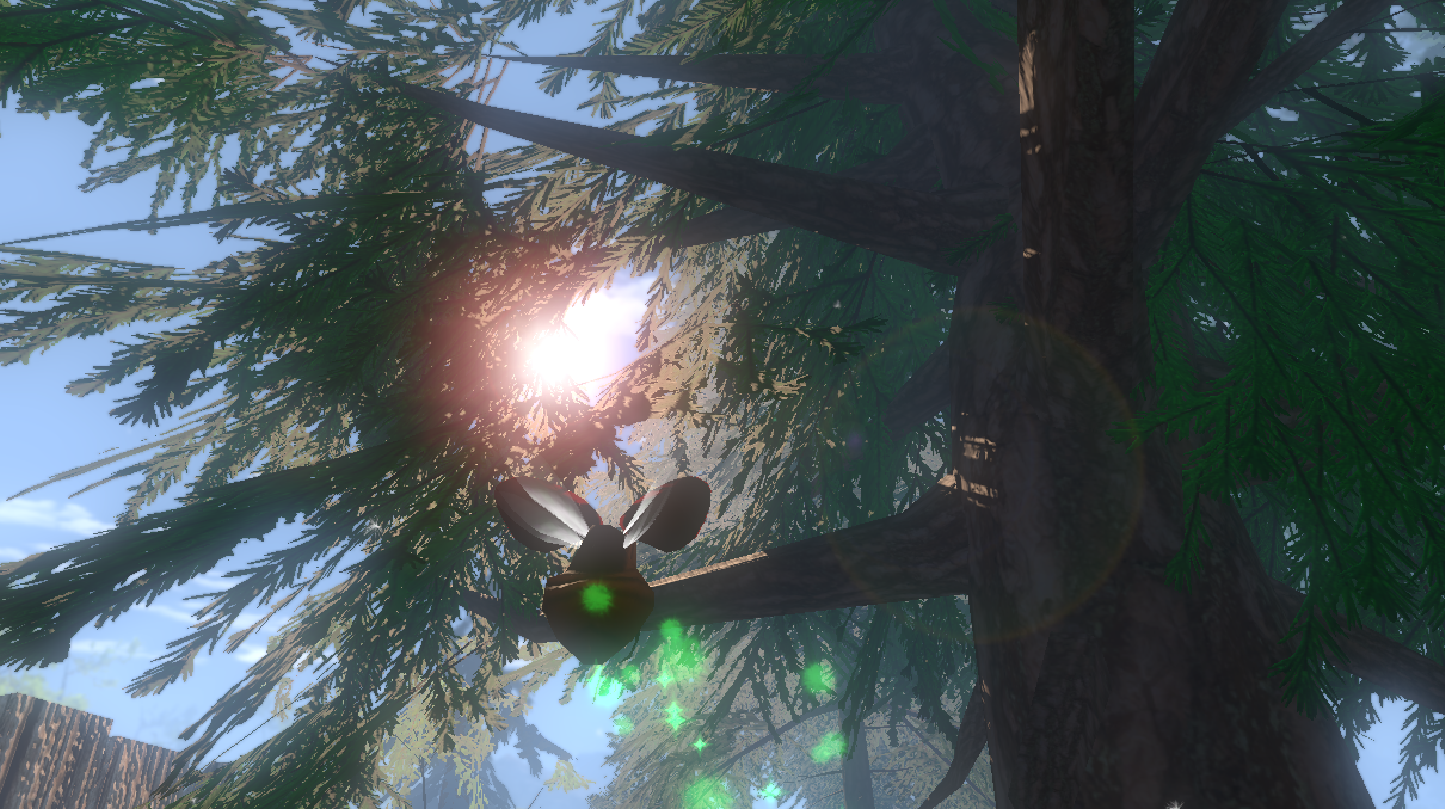 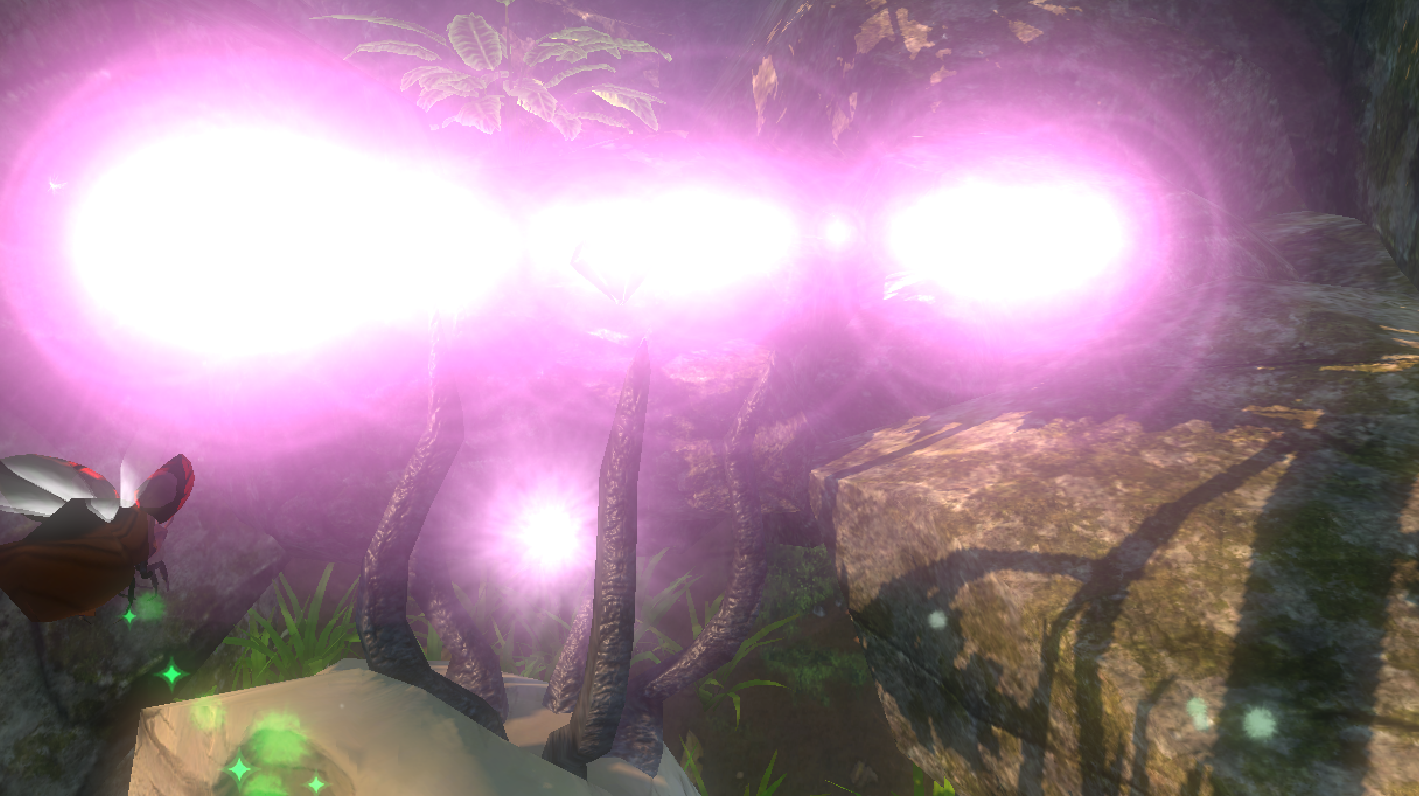