Red Alert: A Path Beyond brings the exciting storyline and epic clashes from the classic Westwood Studios game, Command & Conquer: Red Alert to realm of first person shooters, with a twist. We've remained loyal to the style and feel of the 1996 classic, while integrating content from its expansions Counterstrike and The Aftermath with a bit of updated history to add to the mix. Built off the W3d engine Westwood Studios built for classics such as Earth & Beyond and Command & Conquer: Renegade finished up in 2001, we help bring the fight to you as you play out your role as any one of a number of infantry classes participating in team-based combat that often involves land, sea, and air combined-arms clashes that just don't happen in any other game. Oh, and did we mention it is FREE? 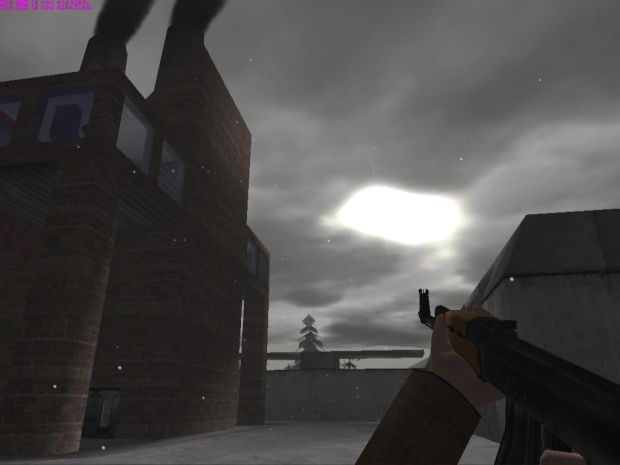 Chronojam: Yeah, you've seen some of the
fancy shaders and heard us talking about how cool
they are. But really? It will let us greatly
enhance how the game looks and feels, especially
for users with better video cards that support
Shaders 2.0. Don't worry, we'll have
some fallbacks for several effects to that older
cards can not miss out. We can potentially replace
a lot of the old effects with shaders-based
effects, including the underwater effect, a new
nuke flash, redo the water to make those old flat
planes have visible rolling waves with shiney
surfaces (all without much effort by the mapper),
and potentially even the fog effects for weather,
render distance, and that legendarily irritating
Allied Gap Generator technology.

Did we mention the bloom lighting? That's
what Saberhawk and Jonwil have been ironing some
bugs out of, which caused some delays. But
seriously it's WAY better to see the stuff
than just hear me try to describe how cool it
looks to see the light from the sun highlighting
the snowy clouds of North by Northwest.