Take the role of Ninja on a path to vengeance. Somewhere in the great city lies a fabled Demonblade. The exact resting place of the sword is unknown, but three triads each hold a map piece to reveal its location. Do the triads' dirty work and claim the maps one by one... Then, you may rise to vanquish an ancient demon responsible for the deaths of your kin. 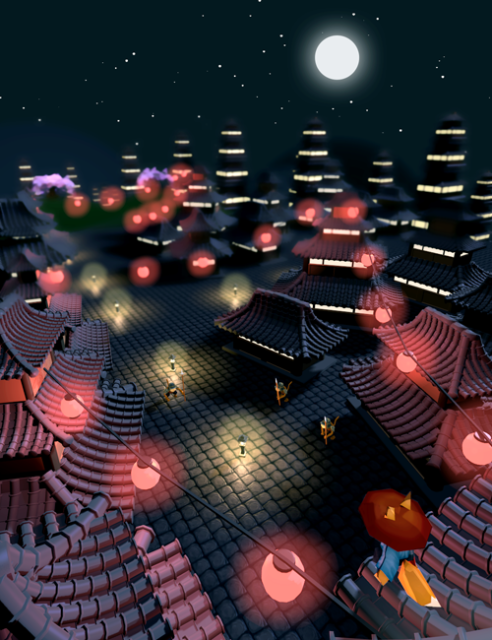 Project Ninja is a 3rd person sneaker for iOS. Ninja thrives to bring a console game experience for iDevices. Ninja follows in the spiritual footsteps of Thief, Hitman, Splinter Cell, and even Mini Ninjas. Ninja is a heavily story-driven game.

Ninja is mainly aimed for somewhat hardcore audience, that likes good stealth games in general. However, Ninja is streamlined for iOS controls, so it shouldn't be intimidating to more casual audience.

FEATURES:
- 20+ action-packed, tactical stealth-missions
- Sneak, steal, knock out guards & disappear to the shadows again
- Explore the city's underworld and its inhabitants
- Experience a thrilling storyline
- Immerse into the atmosphere of the medieval Japan

We've been in stealth development mode for a while, but fear not, Ninja has been constantly under development. First and foremost, Ninja is no longer called Ninja. After careful consideration and tons of name suggestions later, we landed on "Tale of Ninja". More on this process in later posts.

But now to the subject of the day - Shacktown.

As mention in earlier posts, the city in which our protagonist ventures, is divided roughly into three general areas. Shacktown is one of those areas. It's the home of the working class, poor and lowlifes.

When designing a heavily narrative game, the game tells a story through it's visuals and ambiance as well as through the written story. Shacktown, being a slum, is the home to the vast majority of the population. 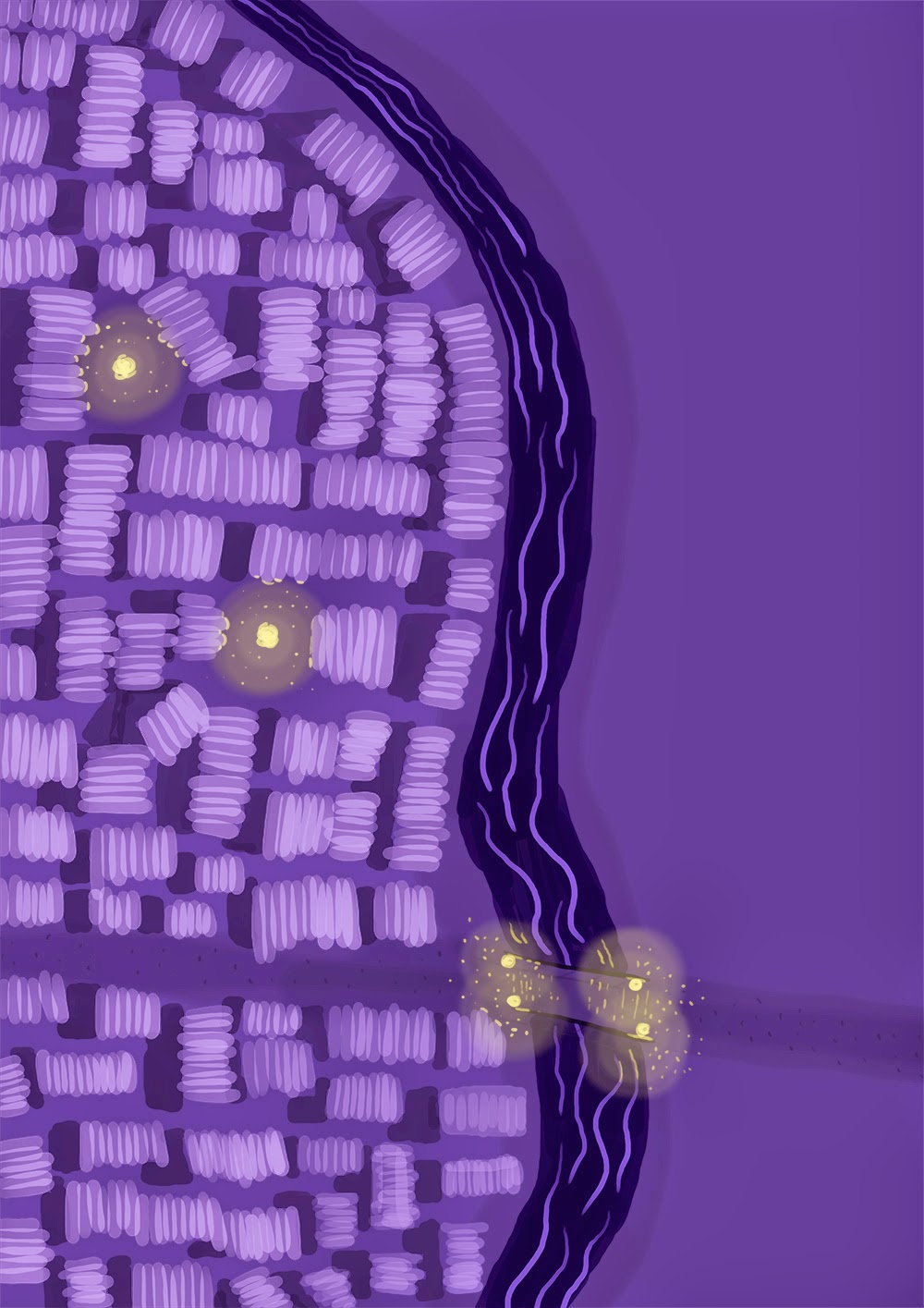 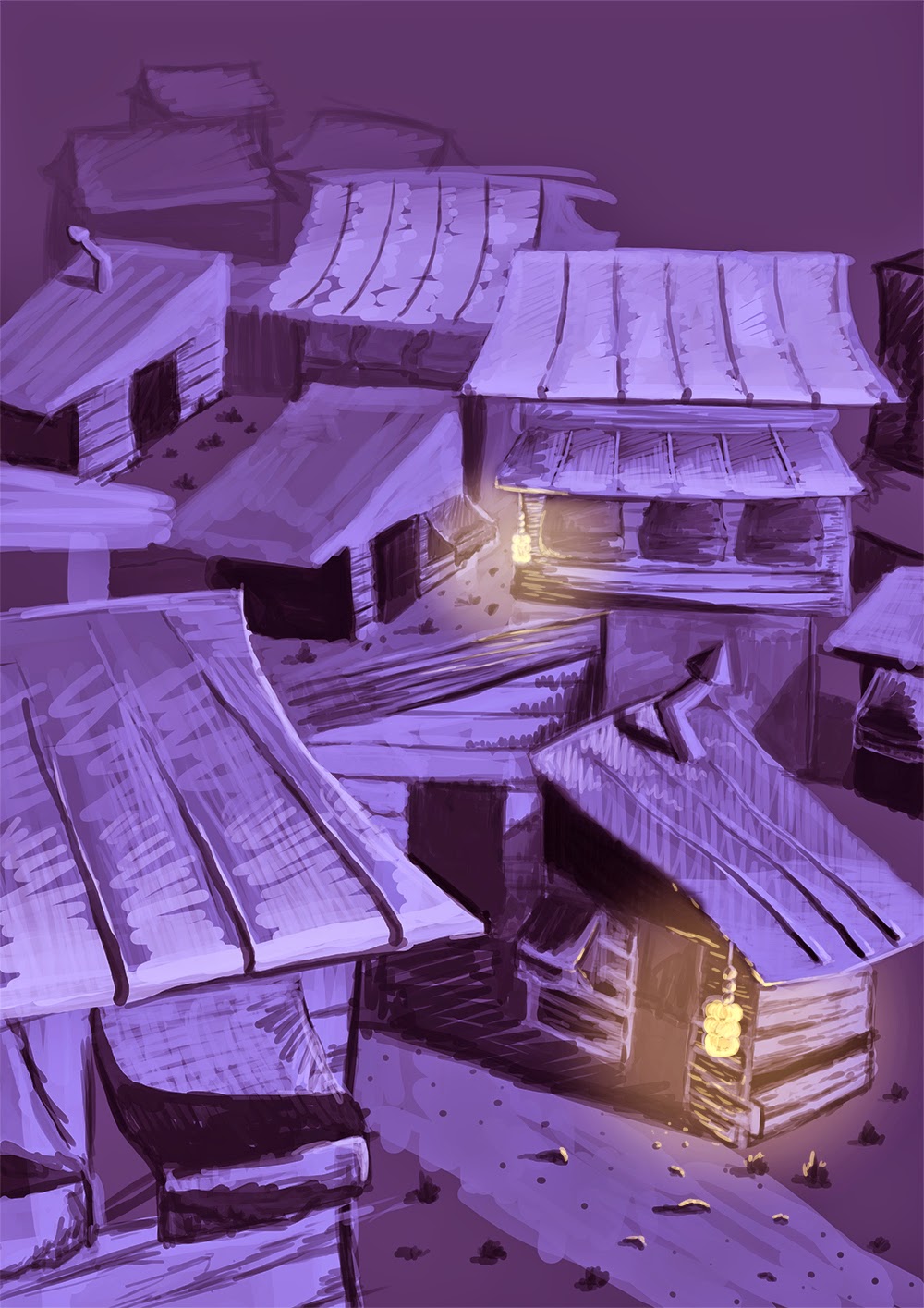 Lacking money, space and carpentry skill, slums are often overcrowded and disorganized consisting somewhat makeshift households. The concept images above describe the density of a slum.

Once we were happy with the concept, we started to think about how we could most efficiently translate the same feeling into the actual game. We really want the player to feel the atmosphere of Shacktown, but with an isometric angle we can't really build high up without blocking the player's view half the time. 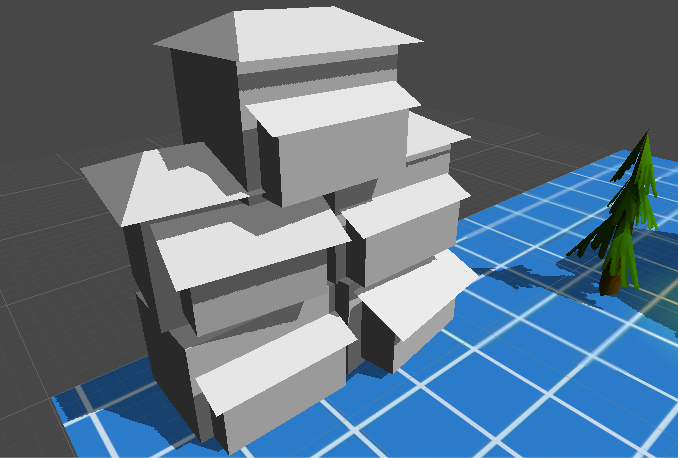 The solution to the problem is quite simple actually. We stack houses together, and make a heap of these kind of buildings. Roads go between the heaps, and rooftops are more accessible as houses are so close to each other.

As with so many other things, the trick to good environmental design lays in the details. We make a few basic building blocks, and a ton of small decals and parts (like windows, doors, chimneys etc.), to create a variety of different looking houses. The placing of the buildings is wildly different from any other part of the city, because the roads are not constructed, they just happen to end up between the houses. They twist and turn, and end up in dark alleys and dead ends.

When considering the background music for this particular place, we wanted to capture the atmosphere of the people living there. When we talk about the poor and lowlifes, their life isn't really a bed of roses. Then again, like all people, they have joy and merriment. We tried to capture the atmosphere of gloominess, being poor, and hard labour. Of course the music being an essential part of also telling the story of our protagonist, it needed to be mysterious and stealthy.

The music will be played as a spot-music every now and then. Mostly the level ambiance comes from the sounds of life (crowds in taverns, owl hoots, etc.)

Our ever so talented composer Justin Cavenagh created this:

A short update on how Ninja is doing (with new screenshots).

Boogie Games has gone through changes, and we are now called Afterlife Entertainment. Check out the creative process behind our new logo.

This time we talk a little about pitching and what's going on with Project Ninja.

It's been a while. Here's a brief summary of where we are at now. Take a look, especially if you're into story driven games.

I totally agree with you, about to have good scenar / story. It's an important cap with the game you're making!
Do you have reference about jipang story ?

Hi, sorry for the very late response.
Our storyline has elements of traditional Japanese folklore, but it's mainly a story among others without cultural dependance.

We can't really tell the storyline here, that would ruin the experience of playing it. There is however a small snippet of it in our devblog.