Old code, if anyone wants to pick up where we left off: Github.com

Project: FATE (Futuristic Attachment for Technological Exploration) is a free first person adventure/puzzle/exploration game inspired by the likes of Portal and Myst. The game is centered around a combination of exploration and physics-based manipulation, using robotic 'pawns' with unique properties that allow movement and interactivity.

At the moment, most of the game's concepts have been tested. However, if anyone has cool ideas that they'd like to see implemented as unique pawns, we'd love to hear from you. Suggestions for game improvement are also always welcome.

Updates will hopefully be released on a monthly schedule; however, since most of the dev team is still in school, delays will likely be expected until January.

Finally, though our team is brilliant in every way, we're unfortunately lacking a modeler. Many of the assets in game were taken from the UDK presets (seriously, Epic games is Epic). Ideally, we'll move away from the preset models, but for the testing stages we'll work with what we have. A quick note: This is and likely will be a hobby project. We have no money to speak of (see: highschoolers, above). We'd love to have as many people as possible on board, but for now into the foreseeable future, its volunteer work only.

One of our dev team members is obsessed with squirrels. If you see them around the site, it's probably him.

Thanks for voting and helping Project: F.A.T.E. on it's quest to become the 2022 Indie of the Year. You are now in with a chance to score some free games. Help this game secure more votes by embedding the widget (or link) we have included below on your favorite sites.

Well fear not, we here at Project FATE have been dying of schoolwork working on the storyline and how it meshes with the gameplay. Meaning, creating a storyline pretty much from scratch. In a lot of ways, we had felt that we’d become bogged down in making something “realistic” and losing the fun, exploratory aspect. And that wasn’t cool. So, after much deliberation, we pretty much scrapped most of our old material in favor of a new zany, vaguely-surrealist storyline.

Are you excited? Here it is:

Project FATE now tells the epic and worldshattering adventure of a high school kid trying to get to school.

And when we say worldshattering, we literally meant worldshattering. Because here’s the catch.High-School-Kid-Protagonist-Dude has the unfortunate ability to see every single dimension at once. And interact with them. Some days, his fridge is a tree. Other days his living room is an office building. Sometimes he misses the bus because his front step takes a steep drop into an ocean. Life, what can you do about it. 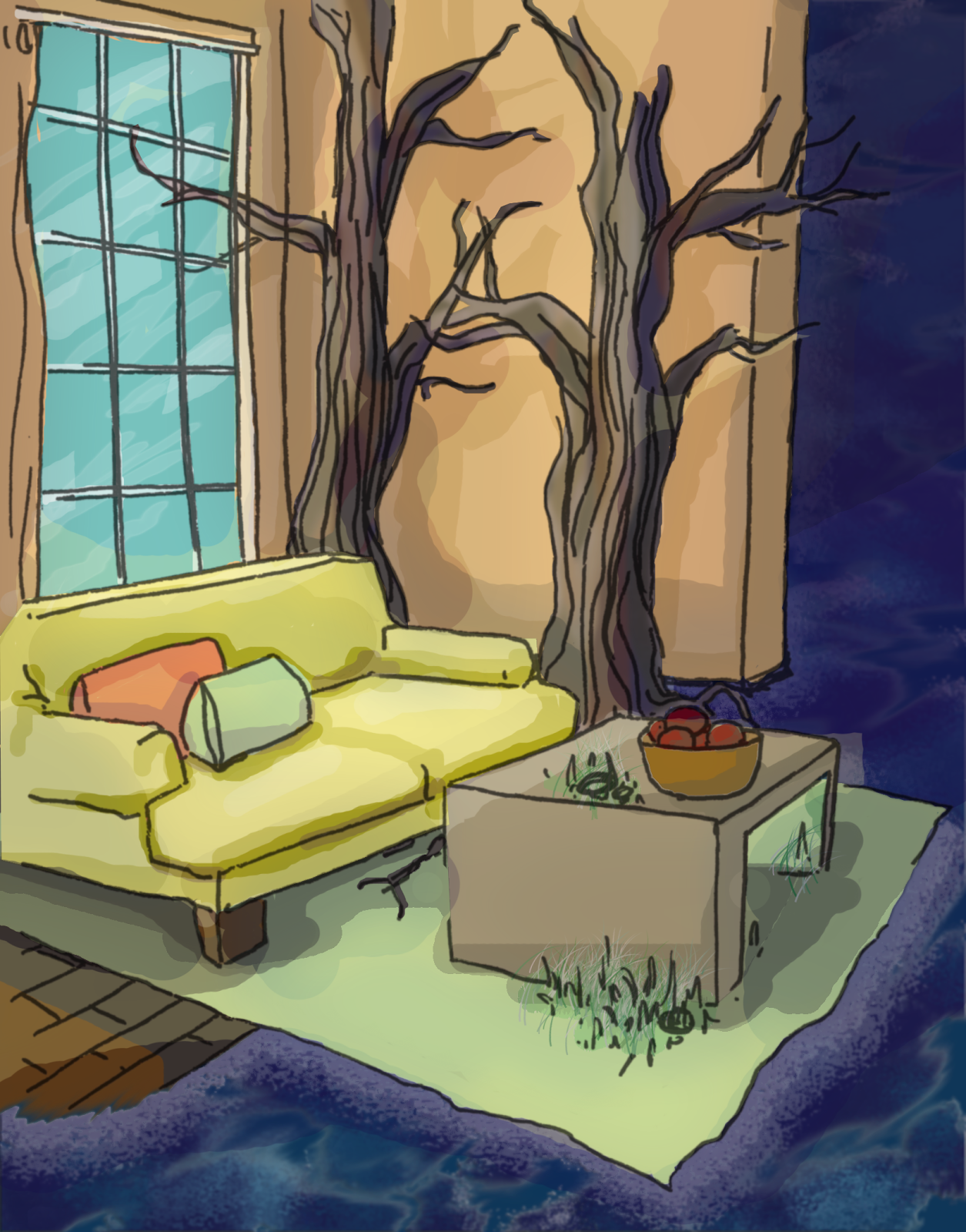 [concept art, titled Not This Again Why Is My Living Room an Ocean] 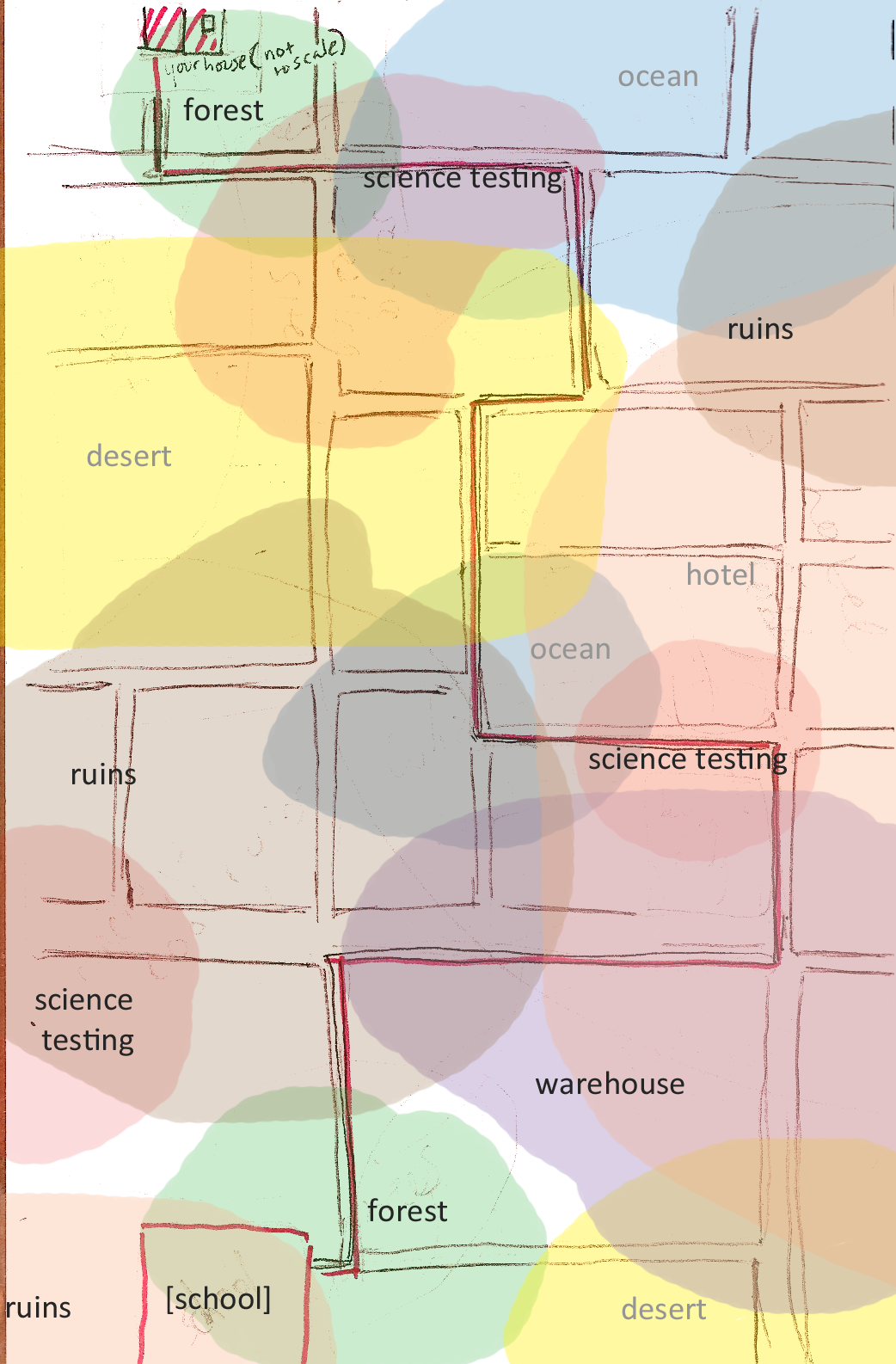 [One of the hypothetical routes you might take. Watch out for dimension overlap]

Your job, as controller of High-School-Kid-Protagonist-Dude, is to figure out how to get across that ocean, turn that tree back into a fridge, roam across the wilds of the office building, go out there and get the poor bastard to school.

But, on a meta scale, what this means for gameplay is that it gives us major ability in creating an original, physics-and-common-sense-bending landscape. And it means that you, the player, will have so much more to explore, and many more puzzles to figure out. It’s going to be weirder and more wonderful than you could ever imagine.

PS: We’re not scrapping everything. In fact, most of what you’ve seen so far will still be included in different areas of the game...just connected in more unexpected ways.

The screenshots look amazing and unique! It's the Unreal Engine isn't it?
When are you planing to release a playable version or a demo?

Hi there! I'd like to make a Let's play of this, if ya don't mind i'll message here asap when it's up

That'd be awesome! We're working towards getting a playable version of the airport level (i.e. the pictures that we've been posting up here) soon. I can post a random demo stage where we were testing out our concepts...but it's pretty unfinished and has no menus or anything like that.

Bahaha I read the first half of that comment and wasn't sure how I felt about it. Thanks for the compliment, though, it means a lot to see our hard work is paying off!

Doctor Who: The Edge Of Time Adventure