Have you ever forgotten where you put your underground laboratory? Do you ever get back pains when running from an angry tiger? Or have you ever felt the urge to terrorise the jungle with your band of monkey minions? If so, then you may enjoy Noah’s Jungle, a fun action-filled shooting game where you play as Noah, an insane (and slightly senile) scientist who has vowed to ‘save’ the animals of the jungle with the aid of his loyal band of monkeys. Explore a lush jungle forest, hunt and capture wild animals and command your monkey minions to do your bidding! But beware of Rangers, who may not enjoy your presence in their precious jungle!

The Next Phase Of Noah's Jungle

As the Noah's Jungle Development team gets ready to realease a new revision of the game and start our marketing drive, we would once again like to thank the more than one hundred people that have already downloaded Noah's Jungle.

We have had some very useful feedback and had some bugs brought to our attention by the awesome IndieDB community. Many of your concerns and ideas have been added to our work list and filed away for later releases. 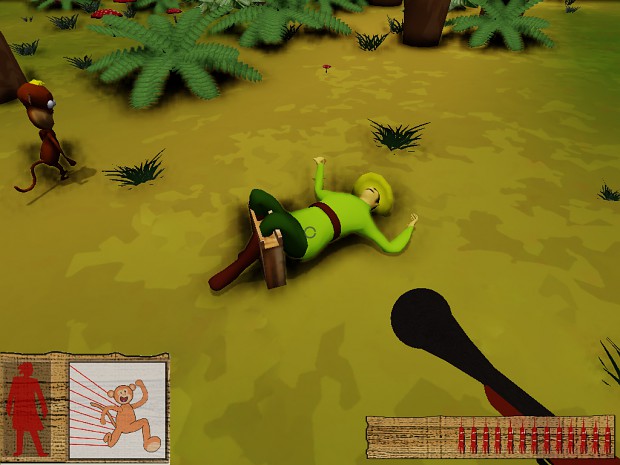 File this one under... 'Known Bugs'

Get ready to start seeing Noah's Jungle around your other favourite parts of the internet, because the team is gearing up to send out our press release to other indie games news sites. We will post a copy of the press release/kit up here also, for those that are interested.

In the meantime, would anyone like to suggest respectable, interesting and down right awesome websites we should contact? 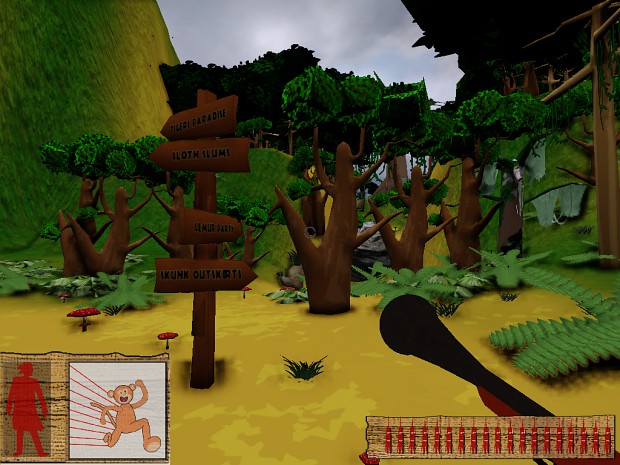 A thank you to Noah's Jungle fans

A Year in Review - Quarter Four

VERSION 0.6 (bug fixes and updates) Have you ever forgotten where you put your underground laboratory? Do you ever get back pains when running from an...

Have you ever forgotten where you put your underground laboratory? Do you ever get back pains when running from an angry tiger? Or have you ever felt...

Cool game, more fun than i was expecting. Love the emergent elements in the gameplay - just being able to do stupid stuff in your own time ... until the ranger kills you (not that I'm resentful or anything). Love the art style, fits well with the theme. Keep it up

Lol, now this is a unique game! Though the art is simple, it captures the atmosphere well. Great job!

I think our artist Steve did a great job with the monkeys, rangers and some of the animals.

When I started work on this game I wasn't too experienced with 3d art, so that may account for the not so beautiful trees and animals, but I think it kind of works in it's own charming way.

Cool game I will downland it soon :P
When I saw title I thought:"This game will be boring" but when I watched your video I saw that I was completly wrong...the is ok maybe you could put some better graphic and some new modes but it is pretty good :D

Thanks for the compliments.

Other modes are something that we have in the past designed for and are often discussing in our meetings. Needless to say, it is something we have had to shelve for now but aim for in a future release.

The graphic quality is actually something we are proud of given our team size and the time frame in which this was produced. However, don't worry, improvements are definitely under consideration for a future, more fully featured release.

Again, thanks for the compliments, We're are glad you like the game so far!

ah yes, you'll see that typo has been fixed in the game when you download it

This game was super fun... though the ranger scare the hell out of me every time.

I get the feeling that on other websites, you might use the username 'IVA'...