Realistic sailing – advanced wind and physics model provides for realistic portrayal of ship’s performance in the age of sail. Yard angles, ship angle to wind, cargo, fittings and ship condition affects speeds and turning rates. Correct tacking, boxhauling, clubhauling and other elements of the age of sail sailing are possible.

Historical gunnery – Naval Action uses realistic ballistics and cannon performance of the period. Every cannonball is tracked outside of the ship and once it hit the vessel. One shot can hit the stern, damage the rudder, then hit the cannon carriage, injure crew, ricochet from the floor and
hit the opposite side. All major types of naval artillery are implemented. Players will be able to equip their ships by anything from long guns to carronades, and mortars (of course limited by the ship role and its hull). Fort and land batteries will provide support during port battles. Comprehensive damage model includes all important ship fittings and modules, which when damaged will change behavior of the ship. Heel and wind affects the shooting distance and will require change of tactics.

Beautiful ships – Every model is recreated to its smallest detail. Accurate sail plans, guns, internal modules and parts, historical speed, turning and heel performance. Ships from trading ships and smugglers to small gunboats to large 100+ gun first rates will allow the player to experience
every possible role of the Age of Sail period.

Realistic water technology – our water is one the best in the industry. We can simulate every environment from the calm seas to the heavy storms.

We will add more information as we go forward. Feel free to ask questions in the comments section.

Steam Greenlight
Naval Action recently reached top #10 position on Steam Greenlight. We would like to thank our fans for the tremendous support and trust. If you have not voted yet please do so as every vote counts.
Steamcommunity.com 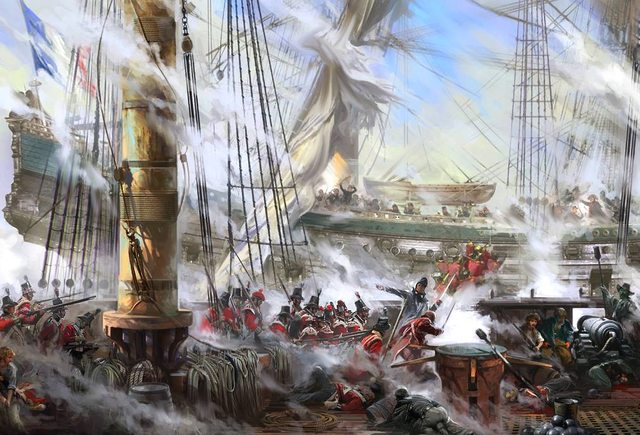 Optimized Water
We are continuing optimization work to improve performance on mid quality computers. We were able to achieve a very good FPS boost, while keeping the visual quality high. Here are the examples of the medium quality water at various distance. 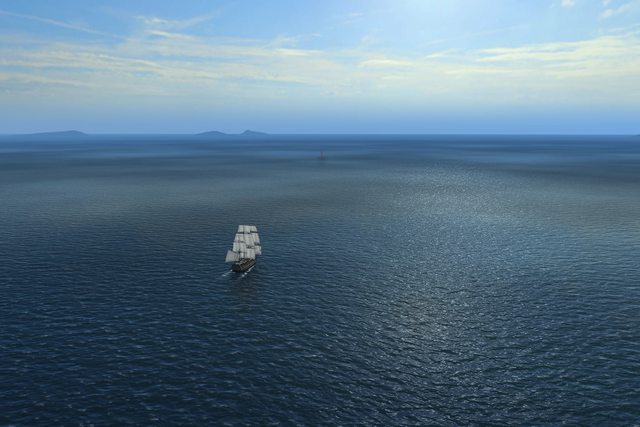 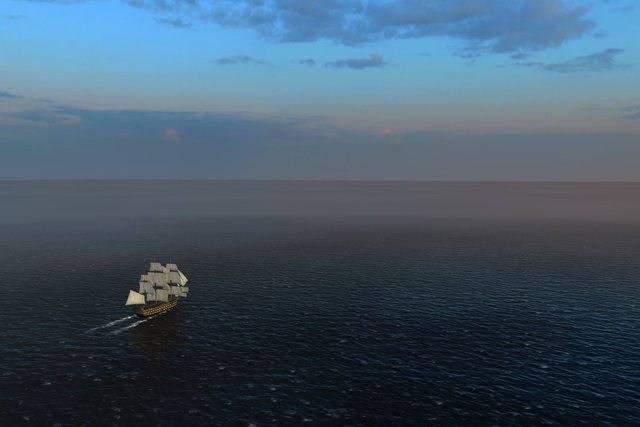 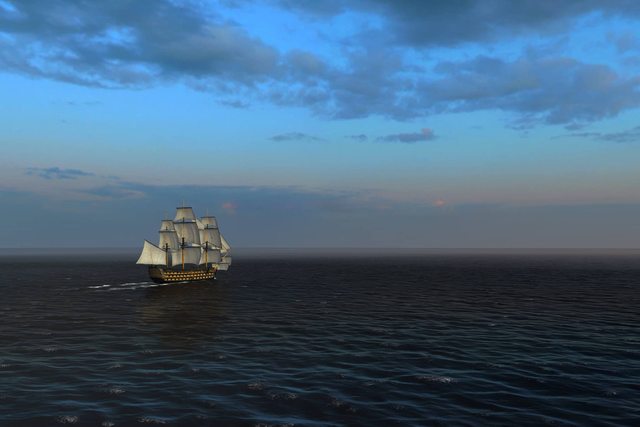 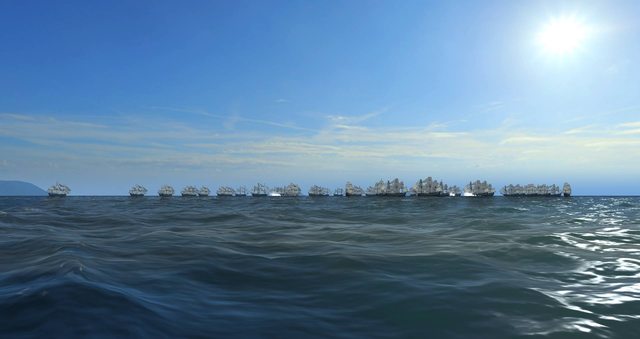 Many have asked us about starting nations and flag systems that we are going to have in game. Here is a short example of some of the flags that will exist in Naval Action 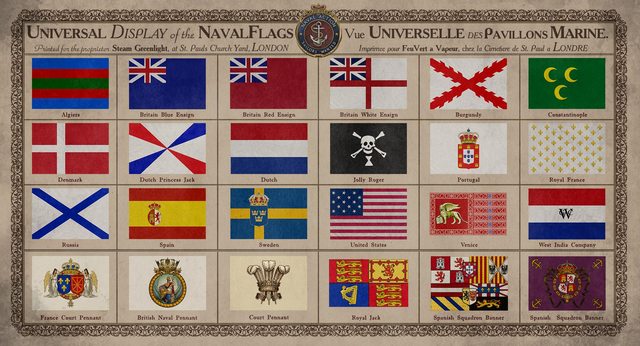 We separate Nationality and Allegiance in our game. Nation is not chosen, but determined by a player. Player can choose to be born a German, when creating a character, and decide to join the Spanish Navy for military service.

Player actions will influence the opportunities and access to the National service. A pirate who actively participated in sinking of Spanish treasure fleets will be welcome in a British Privateer Branch of the Royal Navy, but is Kill on Sight to French fleets and players, if France has a Union with Spain.
Certain skills will allow the player to sail under a false flag, but this will be a serious criminal offence in certain ports. Capture such player and he will be judged by a player court and receive a jail time.

Players can use banners, pennants, and ensigns to show off their battle or economy achievements. Banners will be granted by National Admiralty, State Trade Company, or the government and royal court. Some of the pennants will grant extra bonuses in battle or in open map travel, increasing morale crew morale or other characteristics.

Players can also create their own flags and banners for their squadrons and trade companies, which will be allowed in the game if they are accepted by the developer and voted for by a player committee. To keep the spirit of the Age of Sail, usage of ponies, penises and other unwanted elements will be restricted.

In the long term, player guilds holding significant number of ports could pledge allegiance to a new nation, for example making part of the Antilles Scottish. But that will be extremely hard and will most likely mean war against everyone.

Thanks for your attention
Game-Labs

Based on the feedback we were getting we have finally figured out what sailing ship players really wanted in game. On the 1st of April the special build...

Third round of focus testing is underway. We are finishing testing the combat system with players, working on ship parameters, damage and group tactics.

Any plans to increase the map towards the coast of Brazil and make Portugal as a faction?

Hello, this is the most beautiful game i've ever seen! i just wanna know is there any singleplayer naval games like that? all beautiful naval games i've seen are multiplayer, i dont like multiplayer games, i am searching for single, but i suppose, it doesnt exists...

This is pure gold. I am looking forward to play it, good luck with the development and tracking!

So, how does one be eligible for beta testing the multiplayer playests that have been going on? As, I would like to very much like to give this a try, and compare it to the countless other sea games I've played.