Merchant is a tycoon style game based in a fantasy RPG. Instead of controlling the hero of the story, you control the merchant that the hero buys and sells goods from. You will be responsible for helping the heroes by selling them things they need, while buying all of the items they do not want. The heroes are persistent characters in game, so they will return to you if you keep them happy.

In a standard RPG, the NPCs exist to serve the purpose of communication, quest giving, and background story. In this game, the NPCs are the most important aspect of the game. Due to this, they are also a diverse group of dynamic characters. Each NPC holds a variety of stats, and will react to the player's actions. Giving a good deal to a hero or craftsman makes them like you more and are likely to return in the future. NPCs live and die by the actions conducted by the character. Helping a specific hero throughout the game can lead to him or her becoming the hero of the story. As the merchant, you narrate the direction of your game.

The game actively simulates the need for various types of items. This makes it possible to corner a market. If you as the player decide to buy all of the wood available, characters throughout the game will be in dire need, and willing to spend far more. This allows for a stock market emergent gameplay. The player can leverage their monopoly on certain item types to keep the NPCs coming back for more.

In a standard RPG, the player is the hero. No questions asked. They complete the quests, and earn the final award. In Merchant, the player narrates the direction of the story by their decisions. Do you help the Barbarian with a friendly attitude, or the stoic Wizard with a calm demeanor? Your decisions send the NPCs to their destiny.
In addition to affecting the outcome of heroes, the player can help or hinder other characters in the world. By purchasing the lumberjack's wood for a good price, you allow him to prosper and lead a successful life. You can also have various craftsmen work directly for you, leading them to a mutual destiny.


Do you need 5 more gems to create an epic sword? Send a hero to do your dirty work! As the merchant of the town, it is not your duty to procure resources. Through a simple scripting interface, the player is able to determine the quests the heroes take. Is there a region of the map that has the type of ore that you need? Order heroes to clear the area to make it possible for the miners to enter the area.


Instead of specific crafting recipes, Merchant uses a dynamic crafting system. As a player you have the ability to commission or hire craftsmen to make the items you want to sell. Giving a weaponsmith 3 silver ore and 2 gems to make a sword will result in a silver sword with a multitude of possible effects. It is up to the player to discover which items sway the crafting formulas, and only the most dedicated players will find the way to the best recipes.

Hi everyone!
Tyler here, the principle designer behind Merchant. In 2008, I first started on this concept with a few friends. I didn't know much of anything about making games at the time, so I decided to pursue a career in the field. A few years later, while at school, I attempted to create Merchant again, with a wonderful group of fellow students and alumni. Unfortunately, we were unable to realize its vision, and the project was put on hiatus. Now, 2 years later, I have the resources and skills necessary to see the project through to its completion. It's been a long journey, but I intend on seeing it through. I hope you will join me on this adventure, and can't wait to get Merchant into the hands of the players!

P.S.
Here's a screenshot from the original 2012 build! 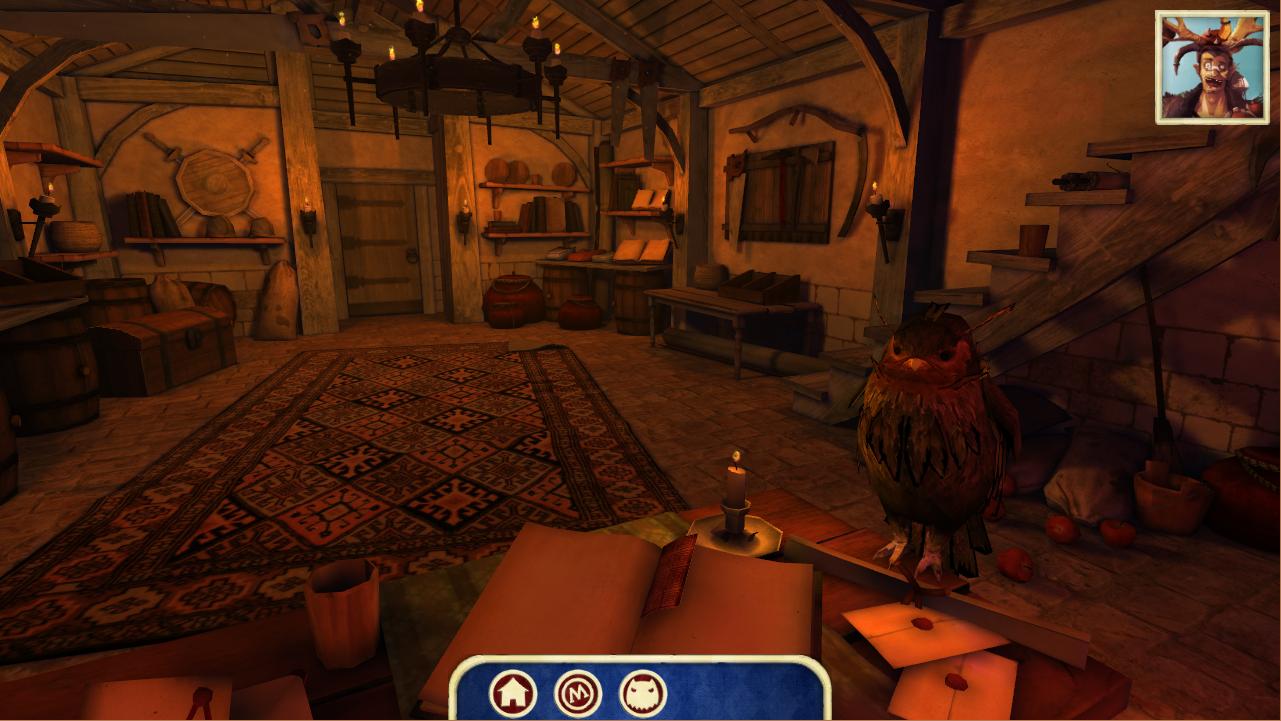 Say hello to Grok! Grok is the first character you will meet in Merchant, and possibly the best of them all.

Hope you guys are thinking of GOG, post-release. I don't get STEAM games as I hate DRM.

Still hoping for this game to be released :(((
I keep thinking about it every now and then, I really hope the devs haven't given up on it? :(((

Your wish is our command :)

Looks like an interesting game, any release info available?

If you're stalling, make a kickstarter - email me when you do! ^^

Great idea. I too am sick of crappy economics in RPG's, and have some similar (albeit simplified) ideas of my own for a classic RPG.

Now I just need to learn coding and art :P

I can't get enough of games like this, which are well made.
Description tells me that this is pro. Visuals support claim.

The Code of Treasure Role Playing