As a result of a looming global terrorist threat, the governments of major countries have created a Coalition called "Mercenaries".

The Coalition accepts soldiers, policemen, special unit operatives or people who have passed the specialized training programme and a psychological evaluation. Applicants are also required to sign a contract with the Coalition and their records are checked to make sure their past is not shady.

The Mercenaries participate in various special operations, such as hostage rescue missions, combat operations, liberation of territories, VIP security and so on. Their actions during operations or combat are recorded through various means - body cameras, location tracking devices and health sensors. The recorded data is later analyzed by a special task force within the Coalition.

Participate in realistic special operations. Just like in real life, you don't get any second chances and you should not make mistakes. It takes only two hits for the player to die. Use cover; Listen to the sounds around you; plan your actions; remember the locations of enemies and the direction from which they are attacking; react fast and aim well. Cover your team mates, learn to be able to quickly tell a friend from a foe.Pay attention to your ammunition and learn to use various firearms, including those that might not be well suited for the current operation, if this is your only option.

Remember: By donning your VR headset you automatically accept and sign a contract with the "Mercenaries" international Coalition and can now begin your training.

Thanks for voting and helping Mercenaries VR on it's quest to become the 2022 Indie of the Year. You are now in with a chance to score some free games. Help this game secure more votes by embedding the widget (or link) we have included below on your favorite sites.

The game is released on Steam

Despite the fact that the game is hardcore and the player dies from 2 hits in it, the game has two difficulty levels. And at the more difficult difficulty level, the player can only withstand one hit and has limited ammo. In fact, you have to replay the level over and over again to hone your accuracy, speed, and observation. At the same time, when replaying the level, opponents can already attack in a different sequence or from other places.

Most of the problems at the end occurred when connecting the Oculus Rift. On it, the game was quite slow. As it turned out later due to the fact that due to an oversight and past experiments, very frequent processing of physics was enabled, which gave a good load on the Central processor.

In recent months, we have added new locations, such as a warehouse: 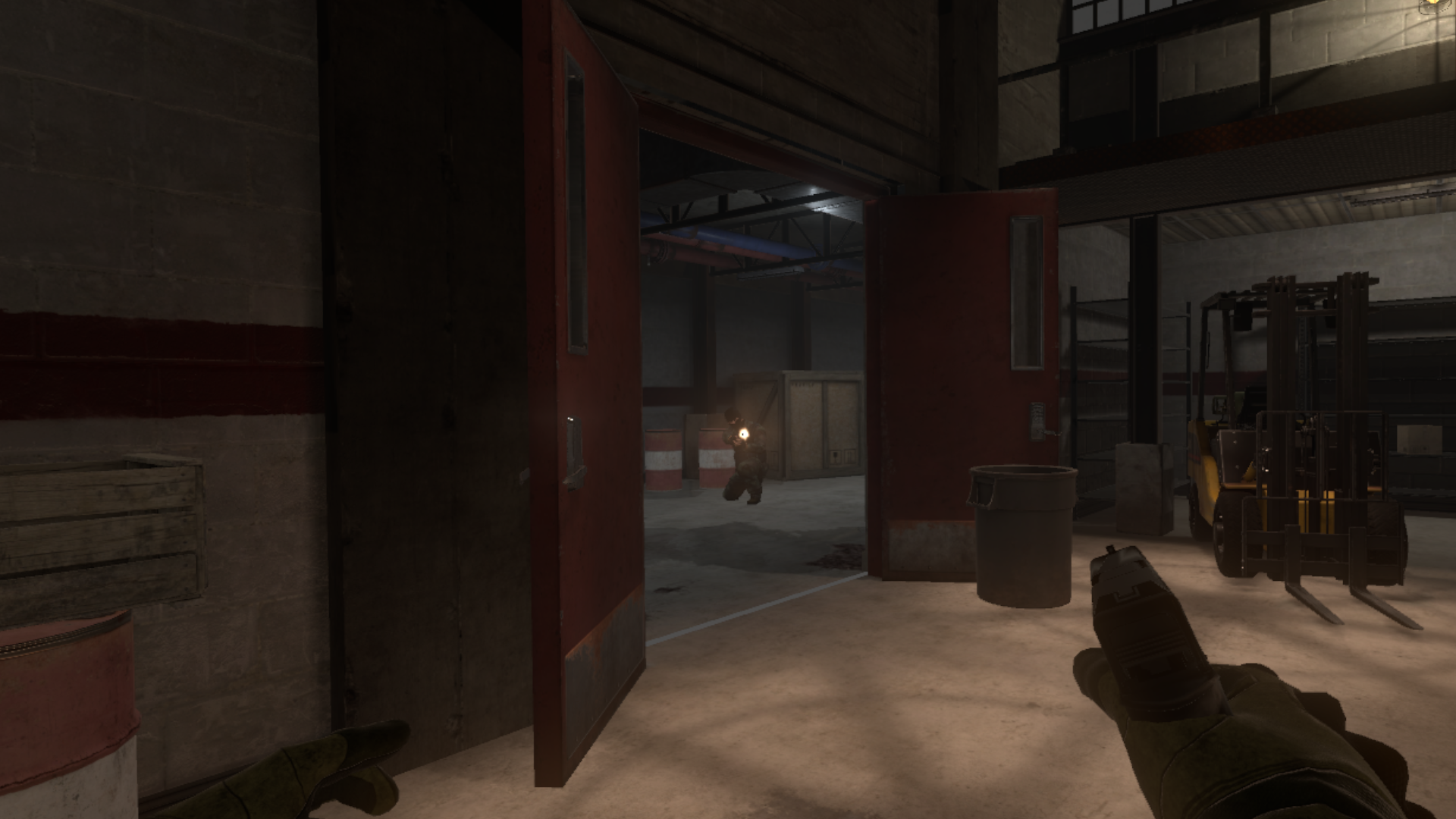 and a drug Lord's mansion: 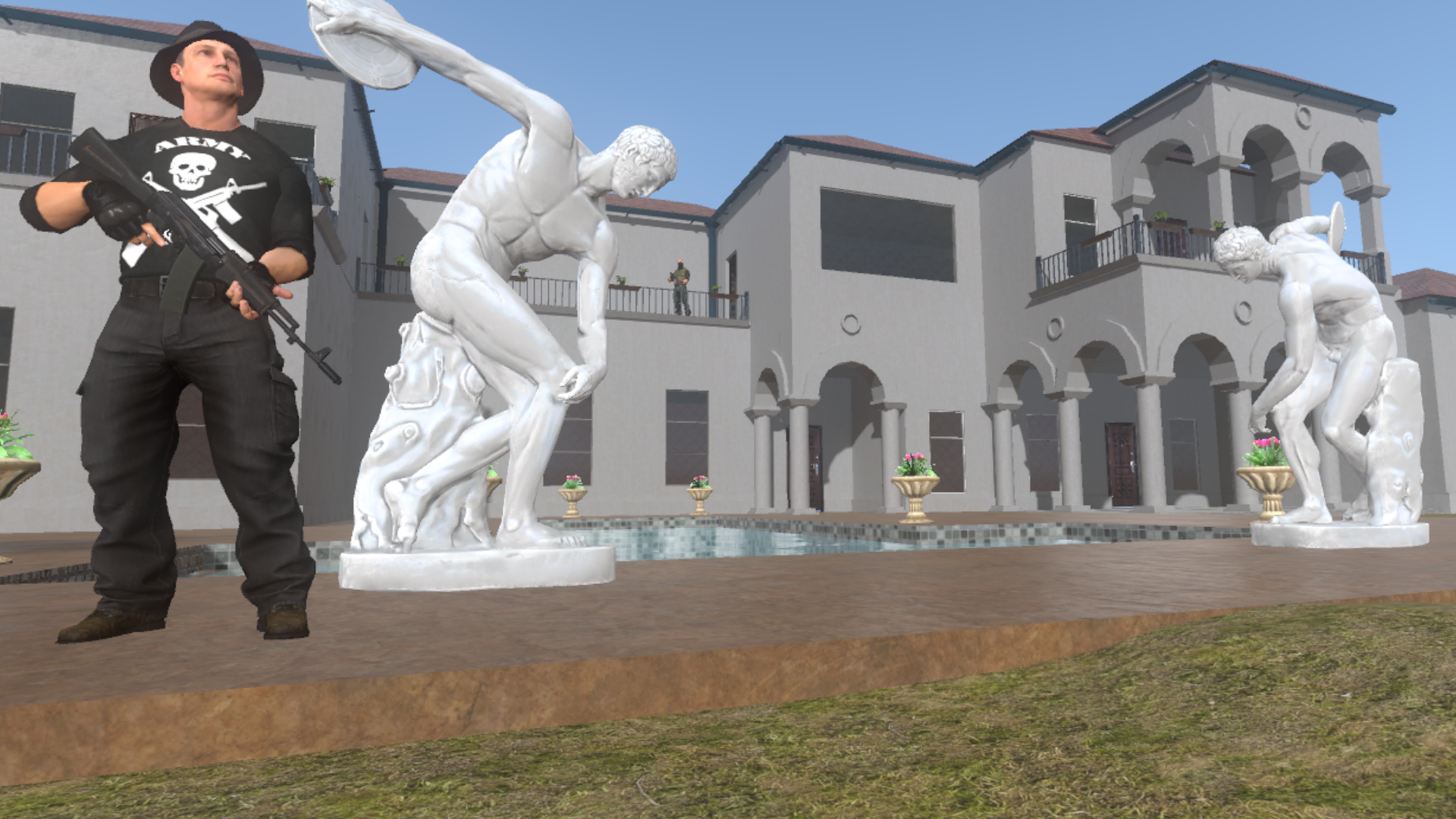