A computer virus has infiltrated the "Stargazer" research complex. Most of the robotic units are controlled by the virus. Lead a squad of 4 prototypes on a mission to defend complex mainframe. You'll have to repel assaults, destroy unit fabricators, download valuable data, clear infected nodes and do more on your way to deepest parts of the complex. Work with item limitations and drawbacks to build powerful combinations. Destroy your enemies with diverse tactics: overheat them, melt with corrosion, absorb damage and return fire. But don't rely on a single strategy too much - enemies might have a way to counter it. But above everything else: defend the Mainframe!

* DIVERSE TACTICS: Cook enemy robots to death, bury them under your bullets, eliminate with a single powerful shot, or render your opponents useless with debuffs - this game is designed with a lot of viable strategies in mind.

* BUILD YOUR SQUAD: Similar to how in card games you have to build your deck, in MAINFRAME DEFENDERS you have to combine different items with unique abilities, to create an unstoppable squad. Work with item drawbacks or double down on them, creating flawed, yet powerful build!

* UNIQUE ENEMIES: Enemy squad won't sit idle, though. Each unit has its own role in the squad and designed to counter certain strategies. Pick your targets wisely, or you will lose.

* PROCEDURAL LEVELS: Hand-made rooms are combined with procedural generation to create random levels. Missions have differing objectives, combined with unique mission conditions. Will you accept the challenge or avoid the unknown and risk to fall behind?

* PROGRESSION SYSTEM: Victory or defeat, the game is not over yet! Unlock new units, each with a unique set of upgrades and loadouts. Unlock new items to bolster your new strategies.

Thanks for voting and helping Mainframe Defenders on it's quest to become the 2022 Indie of the Year. You are now in with a chance to score some free games. Help this game secure more votes by embedding the widget (or link) we have included below on your favorite sites.

Mainframe Defenders is a highly replayable turn-based strategy centered on loot and customization.

It is the 2080s. A computer virus has infected the Stargazer research center! But the Mainframe is uninfected and already working on a cure for the virus. You'll have to take command of 4 prototypes and get to the Mainframe before the infected units do! 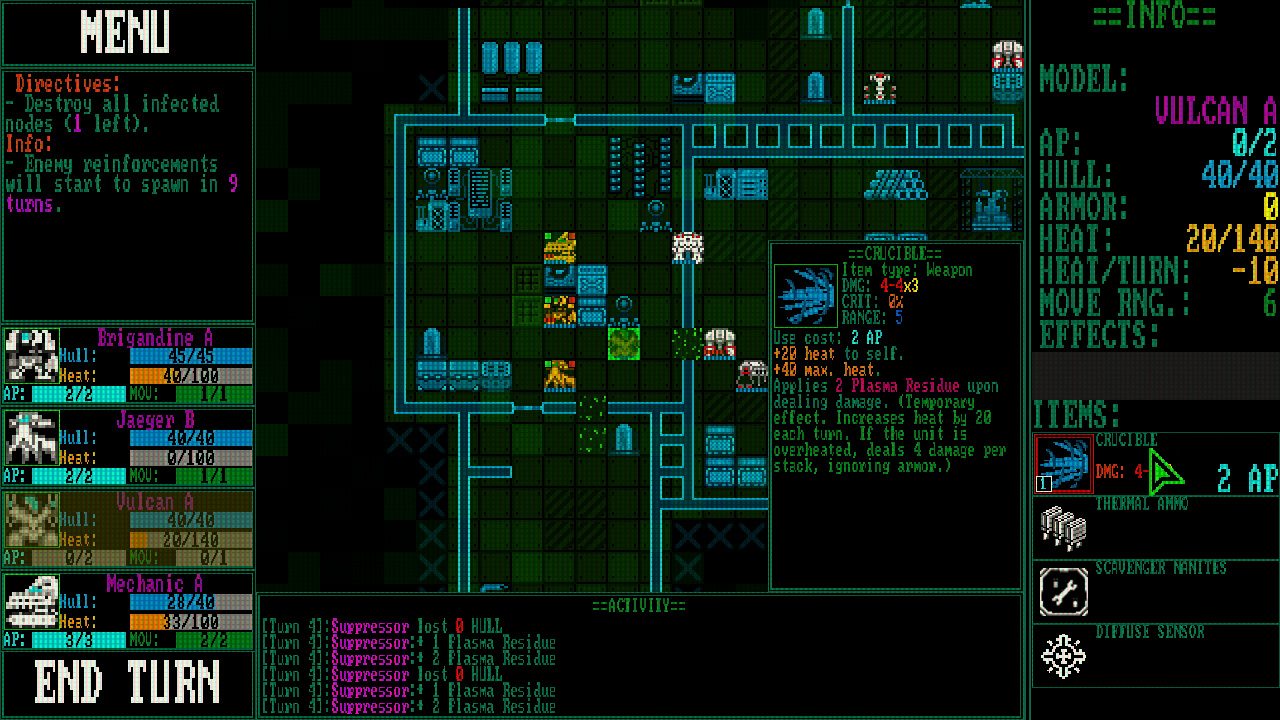 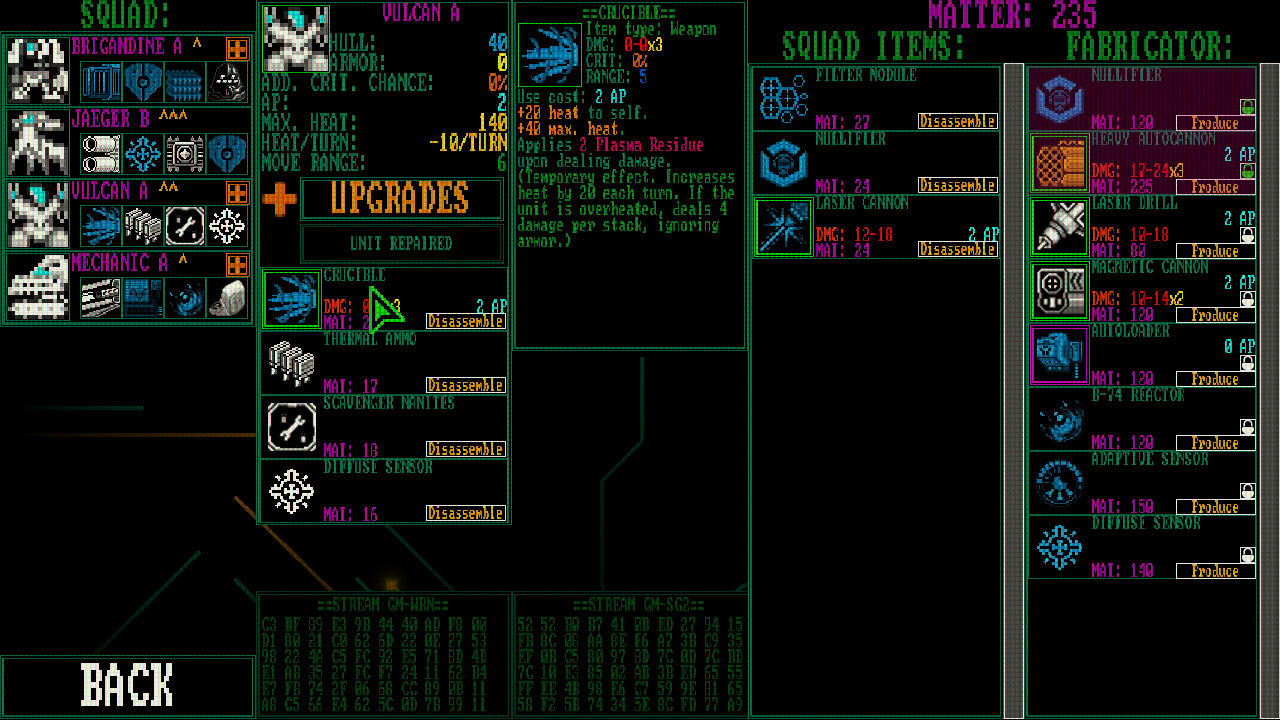 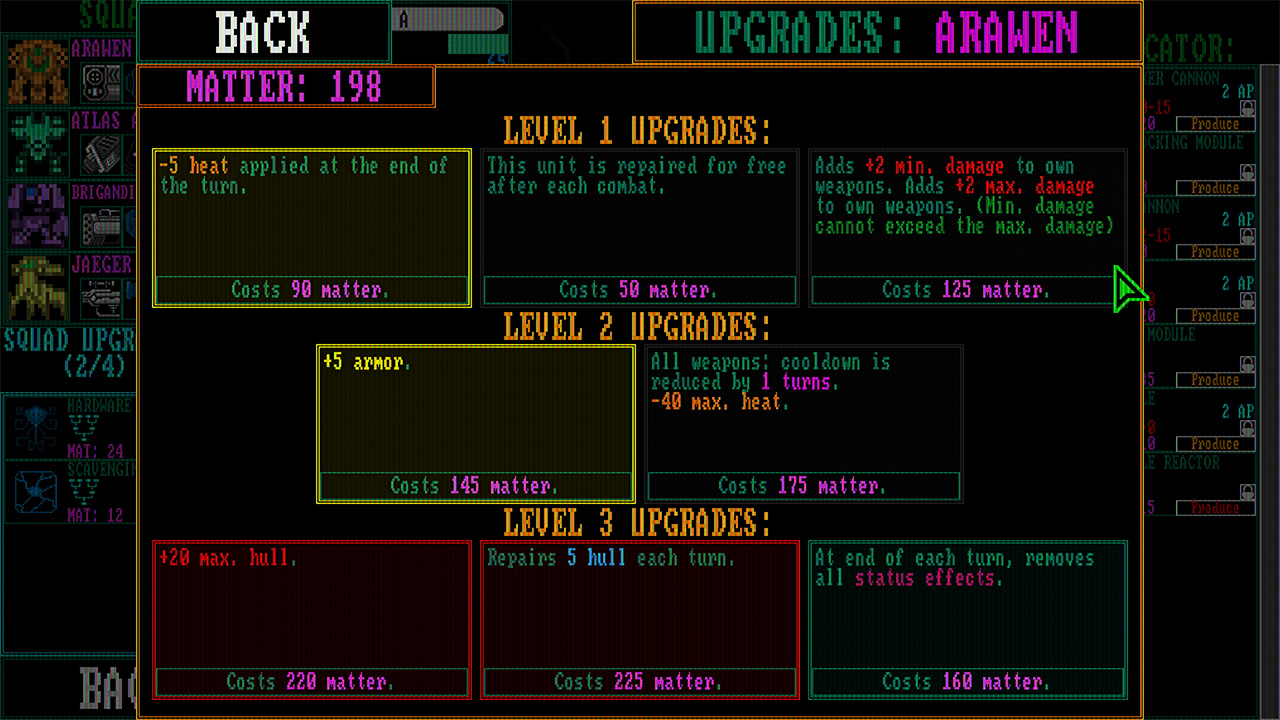 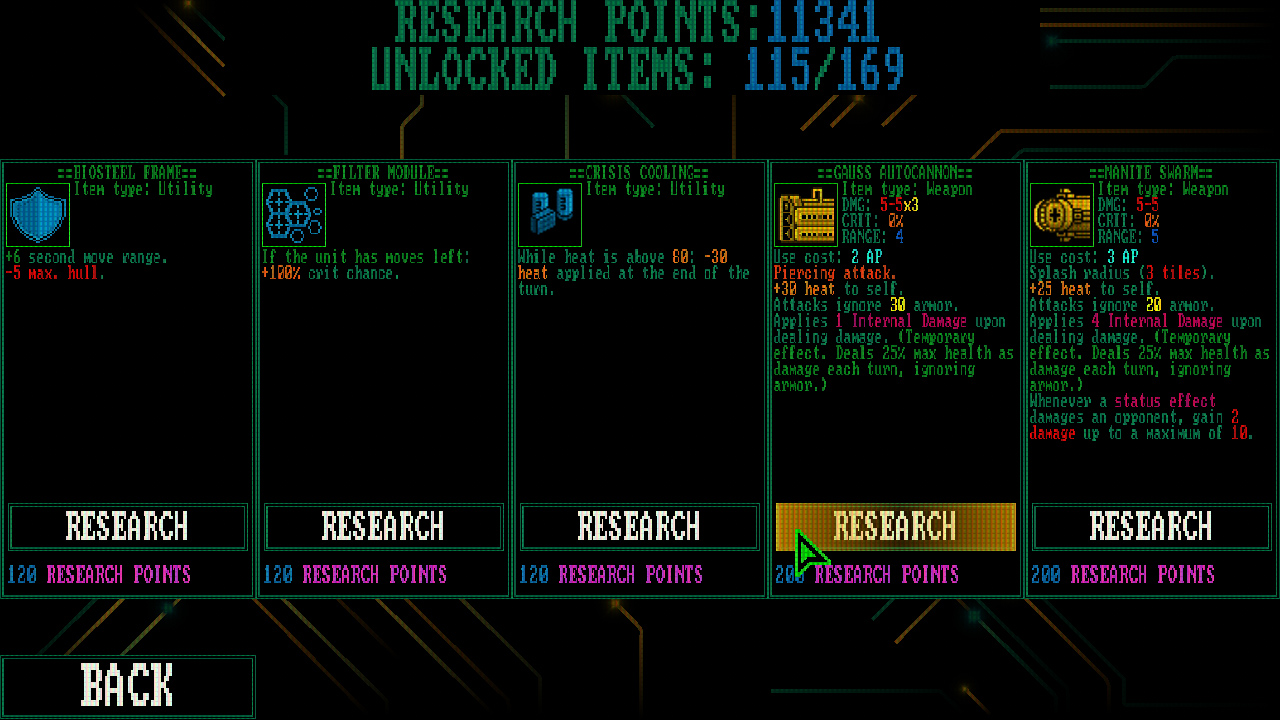 * Build your squad. 110 unique items to choose from. Combine different items with unique abilities, work with item drawbacks or double down on them, creating flawed, yet powerful builds!

* Unique enemies. Each of the 16 enemy unit types has its role in the squad and designed to counter certain strategies.

* Progression system: Victory or defeat, the game is not over yet! Unlock new units and items that can alter your playstyle!

This game was largely inspired by games like Cogmind and original XCom. I've done my best to implement "simple to learn, difficult to master" philosophy. It is built around simple combat but offers a lot of customization between battles. Items often don't just provide stats boost, but also offer unique mechanics that can be combined much like you would combine cards in CCG.

The game will be released on 26th February on Steam and Itch.io.
You can find more details and try the demo here:
Steam page: Store.steampowered.com
Itch.io: Syntheticdomain.itch.io

Depth of Extinction Turn Based Tactics

Band Of Drones Turn Based Tactics