Legend of Grimrock 2 is a dungeon crawling role playing game with a modern execution but an oldschool heart. A group of four prisoners have shipwrecked on the secluded Isle of Nex. The island is filled with ancient crumbled ruins, mysterious shrines and a vast underground network of dungeons and mines. If the prisoners wish to make it out alive, they have to overcome the challenges devised by the ominous mastermind of the island.

Powers of perception and logic are more important than sheer force is, since Legend of Grimrock 2 puts a heavy emphasis on exploration, survival and challenging puzzles. Discover powerful ancient artifacts from hidden secret chambers and buried treasures. Arm your champions, cast spells and craft enchanted potions and bombs to aid you in fighting the dreadful monsters in highly tactical real-time combat.

Design, share and play custom scenarios with the included Dungeon Editor! Create your own adventures and fill them with puzzles, traps, or even totally new items, monsters and environments with custom graphics and audio!

Get ready to venture forth and uncover the secrets of Nex!

Indie of the Year

Cannon Brawl is a new 2D action strategy game with a lot of depth. It's an exciting blend of real time strategy and destructible terrain. Fight your way through the campaign and then head off into online multiplayer to prove your skill! Read More...

TRI: Of Friendship and Madness

"A truly unique puzzle experience with solid game play and an amazing sound track. The overall aesthetic feel of a hand-crafted world is stunning. TRI gets our creative award for giving you control of the core gameplay elements to use in your own creative solutions."

In the world of the Odd Gods players experience a mind-bending first-person adventure like no other as they discover the magical power of the TRI. By creating triangles that can be used to solve puzzles and traverse the landscape, adventurers hunt for mystical totems and master a wide range of abilities such as reflecting light, scaling sheer heights and even defying gravity! Read More...

"A Game and Engine project that dates back to 2005 as a Un*x / Windows game engine.
Developed mainly by a one man team, we appreciate this developer's long-standing dedication, engine innovation, and hard work. We look forward to the upcomming engine release."

Epsylon is a game project based on the good old detective stories but taking it a step forward mixing it with an unconventional cast and a new game engine technology. Read More...

"Depth gets the worldly award for immersion and top-notch representations of underwater worlds. From the depths of an oil refinery to a drowned mine shaft, the atmosphere is delicately crafted, calling on specialty lighting, shaders and draw distances to pull you deep into the game's underwater world."

Depth is a PvP multiplayer game which blends heart pounding tension and visceral action in a dark aquatic world. Playing as either a diver, or a shark, eliminate your enemies using a combination of stealth, cunning, and teamwork. Read More...

"DSS showcases impressive effects, carefully crafted, highly detailed ships and stations, as well as smooth-looking gameplay. We are looking forward to experiencing what this visual masterpeice has on offer."

"A reinvention of couch co-op with a thick and slick aesthetic style, playing with your friends has never felt so good (or bad, depending on whose up for being slain). CRAWL takes our innovation award for keeping things simple, but having the depth to keep everyone on their toes."

Crawl is the local multiplayer dungeon crawler where your friends control the monsters! It’s a bullet-hell beat-em-up meets old-school RPG, in an arcadey party-game for up to 4 players. Read More...

"Just when you thought nothing else could be simulated, Tabletop Simulator comes along and your life will never be the same again. It's a game for making games inside games! Gameception!? Taking everything you love about table top games, packaged inside a highly modifiable sandbox, with the ability to import your own content, you can finally have those Star Wars battles you dreamt of! Tabletop Simulator takes out the Award for pure genius."

Tabletop Simulator is the only simulator where you can let your aggression out by flipping the table! There are no rules to follow: just you, a physics sandbox, and your friends. Make your own games and play how YOU want! Unlimited gaming possibilities! Read More...

Crypt of the NecroDancer

"Combining music into the core mechanics of your game is a challenge. When done right, you're rewarded with sensory overload. Swap out that epic soundtrack for your own music and the game stays as fresh as your taste in music."

Hardcore dungeon crawling (roguelike) rhythm game. Move to the beat with the game's epic sound track or your own MP3s. Play with keyboard, game pad, or even DDR pad! Read More...

"Battlecry might just be the game to look out for in 2015. With the backing of the award-winning First Strike mod team, we are very excited to see what is in store for this ambitious standalone fan project."

"Hitting deep into its stretch goals, multiplayer support should be on its way! A perfect example of alpha funding done right."

The Escapists is a prison break game that allows the player the 'freedom' to live the life of a prison inmate, ultimately planning and pulling off an escape. Read More...

"Quick simple matches filled with intense moments of brilliance as you rocket your hero across maps. Drop and stop the competition at all cost! A brilliant party game or great lunchtime killer."

In a city filled with superheroes, getting to crimes becomes a competition on its own. Fortunately there are enough rockets, bombs, grappling hooks, spikes, and other goodies lying around - to make the competition fun. Read More...

"Take everything you loved from the original and improve it. What do you get? A truly great sequel worthy of your time. If you fancy trying something different, a fantastic level editor for creating your own challenges and content is also included."

Legend of Grimrock 2 is a dungeon crawling role playing game with a modern execution but an oldschool heart. Read More... 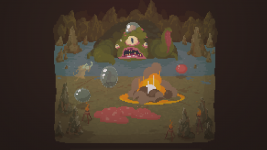 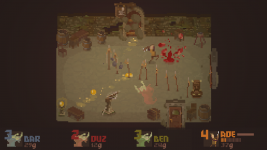 By Powerhoof | Released Aug 5, 2014
"The atmosphere created among those playing the game and spectating is fun and frantic. With slick gameplay, CRAWL makes for a great party game with tons of attitude!"

Crawl is the local multiplayer dungeon crawler where your friends control the monsters! It’s a bullet-hell beat-em-up meets old-school RPG, in an arcadey party-game for up to 4 players. Read more... 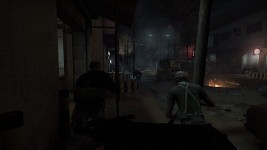 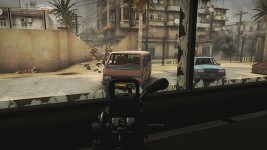 New World Interactive | Released Jan 22, 2014
"Insurgency is squad-based perfection. The visceral gritty gunplay is unique and fresh. A warm, welcoming community--along with plenty of custom content and updates--await new and old players alike. A solid, modern shooter with none of the nonsense, we have no reservations in recommending this mod-gone-indie title."

TAKE TO THE STREETS FOR INTENSE CLOSE QUARTERS COMBAT, where a team's survival depends upon securing crucial strongholds and destroying enemy supply. The follow-up game to the award-winning Source mod, INSURGENCY is highly competitive and unforgivingly lethal, striking a balance between one-life gameplay and prolonged action. Read more...

Depth developers | Released Nov 3, 2014
"Depth blew us out of the water. The unique, asymmetrical gameplay of sharks vs divers creates an amazing atmosphere of tension. Come swim with the fishes as a skilled diver armed with an array of underwater gadgets. Or, if you have the taste for blood, play a shark and hunt your quarry through the depths. With a newly released map editor, Megalodon game mode and additional content on the way, we look forward to seeing what the community can contribute to this already-stellar title."

Depth is a PvP multiplayer game which blends heart pounding tension and visceral action in a dark aquatic world. Playing as either a diver, or a shark, eliminate your enemies using a combination of stealth, cunning, and teamwork. Read more...

That wraps up the 2014 Editors choice... up next your top upcoming indie games and the grand finale, Player Choice 2014!

FAQ for Falagar - A Journey

In order to get a better understanding of what you can expect when starting your first run through Falagar, I will try to answer questions/concerns I...

The Allure of Nightfall 1.1

Patch upload that contains several fixes. Mainly a fix to the ending, in addition to other graphical glitch fixes.

Isle of the Deranged - Revision 1.1

* Latest patch to fix crash issue with Skeleton Warriors. * I also Removed dropped items that were dropped when defeating them.

Main dungeon file and a readme with installation instructions.

Legend of Grimrock Party Based