You begin with a single Explorer, thrown back in time to a safe green valley surrounded by mountains. You collect resources, build technology, and create armies to conquer new lands… or simply meander around, planting flowers in picturesque mountain valleys.

The game is set in a 2D hexagon tiled universe, divided into separate realms. Each realm can be a mountain valley, a large island or even an whole ocean with many new types of realm planned for the future. This structure allows all players to be in the same universe (no shards), but for the game to be scalable, with realms hosted on separate server instances.

Ironfell is completely self funded and DataSmugglers is not looking for additional investment. Ideally it will earn enough to pay David’s rent and for an occasional lunch at the pub. The exact business model is yet to be decided, but you can read David’s thoughts on “free to play” and other income options here.

DataSmugglers is pleased to announce that Ironfell, an indie MMORTS for Android, Windows and Mac platforms, is now live! www.ironfell.com

For the past six months, Ironfell has been in beta. The game has changed dramatically in that time, with the addition of resource trading, epic ocean realms, naval battles and castles. There have also been some bug fixes and performance optimizations. 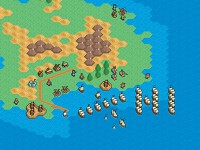 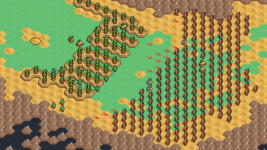 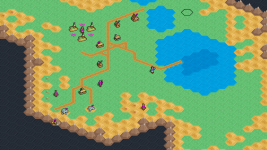 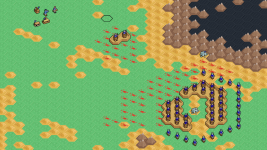 Ironfell is free to play. It's on the Google Play store, and Mac OSX and Windows versions can also be download from the Ironfell website. All platforms connect to the same massive, persistent universe consisting of 42,000 realms packed with 2.2 million user controlled units.

The next epic expansion will include dinosaurs, time machines and two new resource types. And that's just the beginning; eventually players will be able to blast off into space.

A new Island realm has appeared!

Whirlpools have appeared near the center of the ocean realms. They all lead to the new Iron Isles.

Teaser information about the next expansion - Regal Realms

The next expansion for Ironfell - Regal Realms is a couple of weeks away, but here is some teaser information about it.

App Of The Year 2013 Editor Choice

Welcome to the Editors Choice award for App of the Year 2013. Here the editors of SlideDB have their say on the most prolific indie games both released...

So this isn't playable yet?

Looks really great, love the art style. Gonna give this a try right now and report back !

Well in 5minutes of gameplay i alredy had to reset 4 times to try and find suitable land that is not alredy conquered. I'll try again later i guess..

This coming out for iOS or Ouya? I'd love to play it on one of those platforms. This look epic!

Just stumbled upon this looks great!

Actually been playing it for a few hours its bloody addictive love it!