Invasion of the Body watchers

The game is my personal remake of the classic xcom ufo defense, xcom apocalipse and the non released xcom alliance, but instead of a futuristic setting, the whole premise of the game is a hybrid between the past and the present,
where the sci elements are more pointed to the invasion of the body snatchers ( therefore the title homage also ) and the thing from john carpenter mixed with some lovecraftian elements. The plot baseline is that the ecosystem of the human
player is beeing invaded by stealth by an unknown force, that the gameplay will reveal, each level adding one more piece of the puzzle, until the final revelation. Gameplay wise, its a two player multiplayer game, where the cityscape and
battlescape provide two layers of strategy, one beeing covert and the other overt. In the cityscape each player can feel the city becoming alive, where day and night reveal the routines of its citizens, where the strategy of assimilation
and counter assimilation is plotted. in the battlescape both players confront themselves in a squad tactical turn based strategy where victory will grant rewards to be applyed on the first strategic layer, the macro view of the game
Id like to point out that the present demo, is a showcase of the atmosphere that the game aims to portrait, its one of the terror missions map, the current gameplay of survival template serves just as an immersion experience, therefore
the strategy part is not yet present. 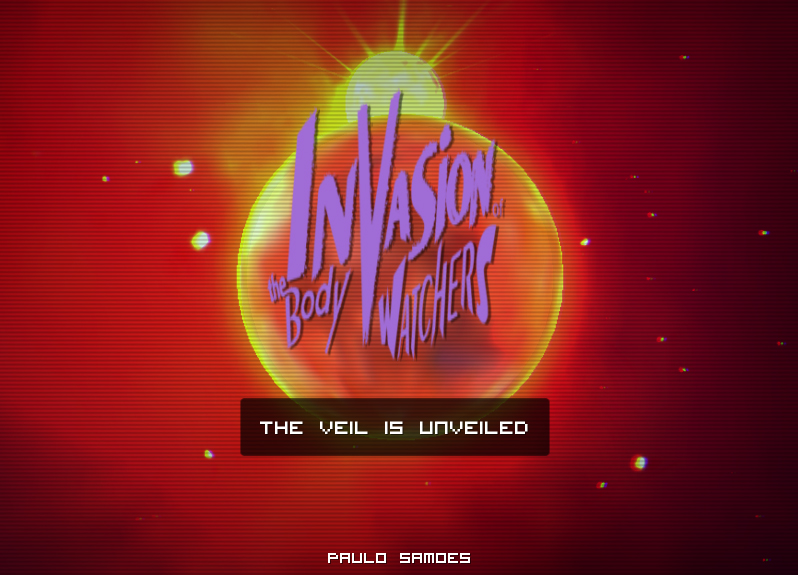 Currently you can play it against 10 to 99 AI bots, the goal is to be the last man standing. I want to give my appreciation to Jay Dyer from :

with his generous contribution of the audio commentary.

this is a webgl render, fell free to comment and of course donate for me to be
able to survive the upcoming apocalipse

I am glad to announce the generous upcoming contribution of William Ramsey and the insertion of interiors all across the map extension!!! Stay tuned!!!

The Demo is Online and the Voting in On!!! Enjoy and please provide feedback!

Finally the first version of the webplayer is online, soo that people can enjoy the gameplay directly from the website. The gameplay is a hybrid between...

Im having that dilema, it is squad manager based yes, the turned based is beeing studied to see what best solution will be applied.

Indie
Tags
Embed Buttons
Link to Invasion of the Body watchers by selecting a button and using the embed code provided more...